THIS is the dramatic moment the sister of a ex-Premier League star Enner Valencia is rescued by cops after being held for 11 days by armed kidnappers.

The highly-coordinated operation was carried out by specially-trained officers in dense jungle near the city of San Lorenzo, in north-west Ecuador. 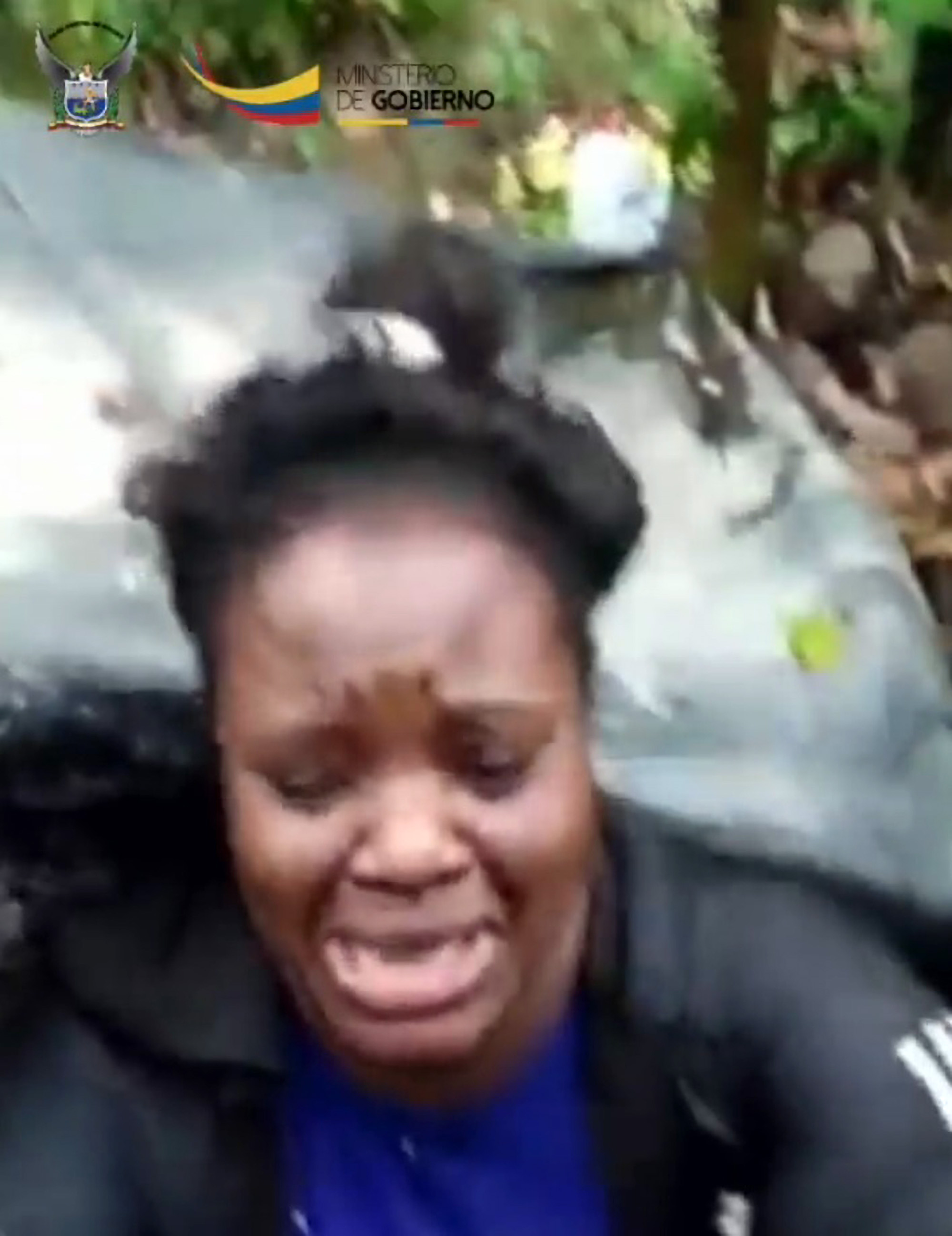 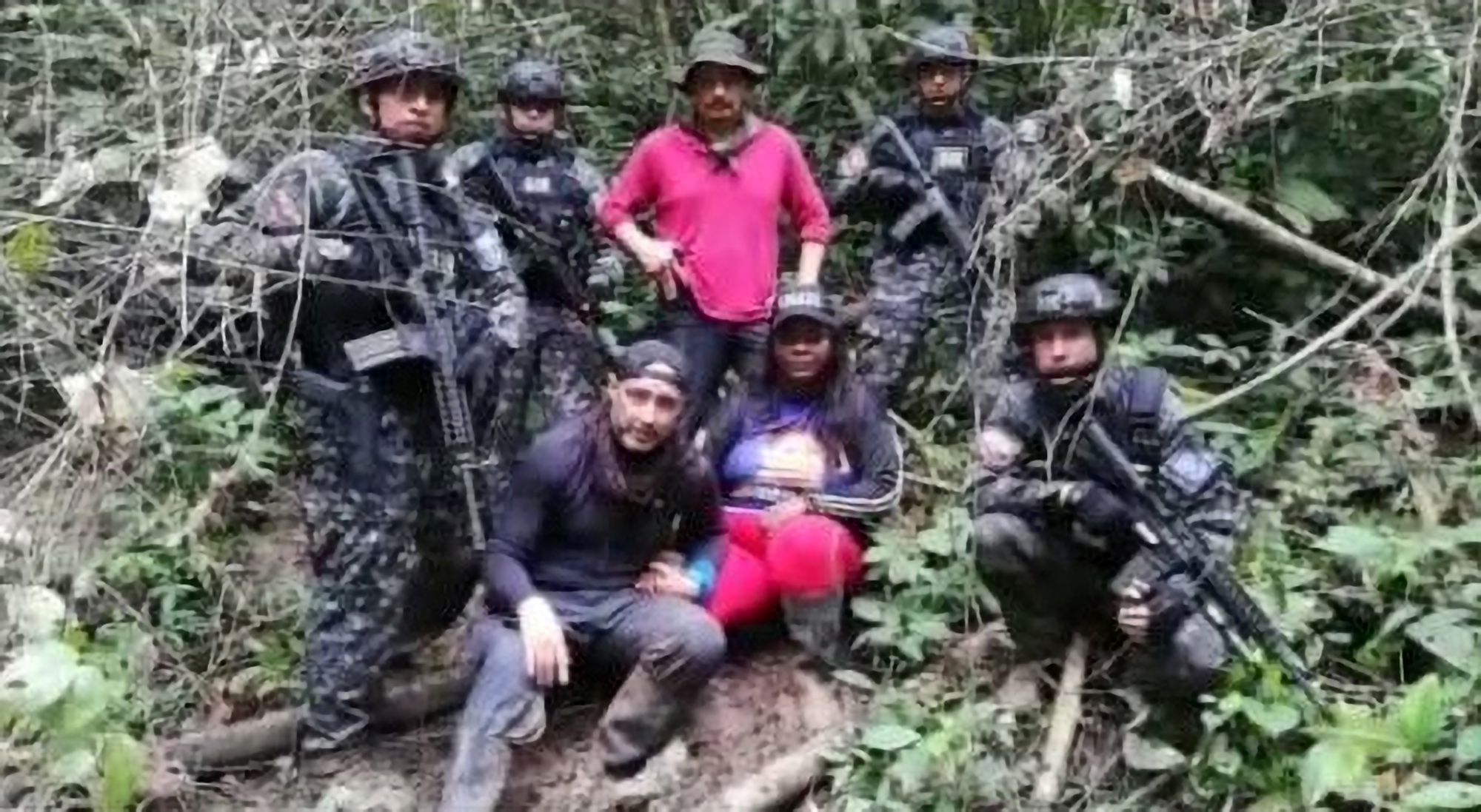 Erci Valencia Lastra, whose brother played for West Ham and Everton, was taken from her home in the city of Quito two weeks ago.

According to cops, several heavily-armed men stormed her house and, after attacking members of her family, took the 28 year by force.

Her husband only managed to escape after throwing himself into a nearby river, say reports.

The head of the National Police's kidnapping unit, Colonel Henry Herrera, said the kidnappers had planned to ask for a £1.5m ransom. 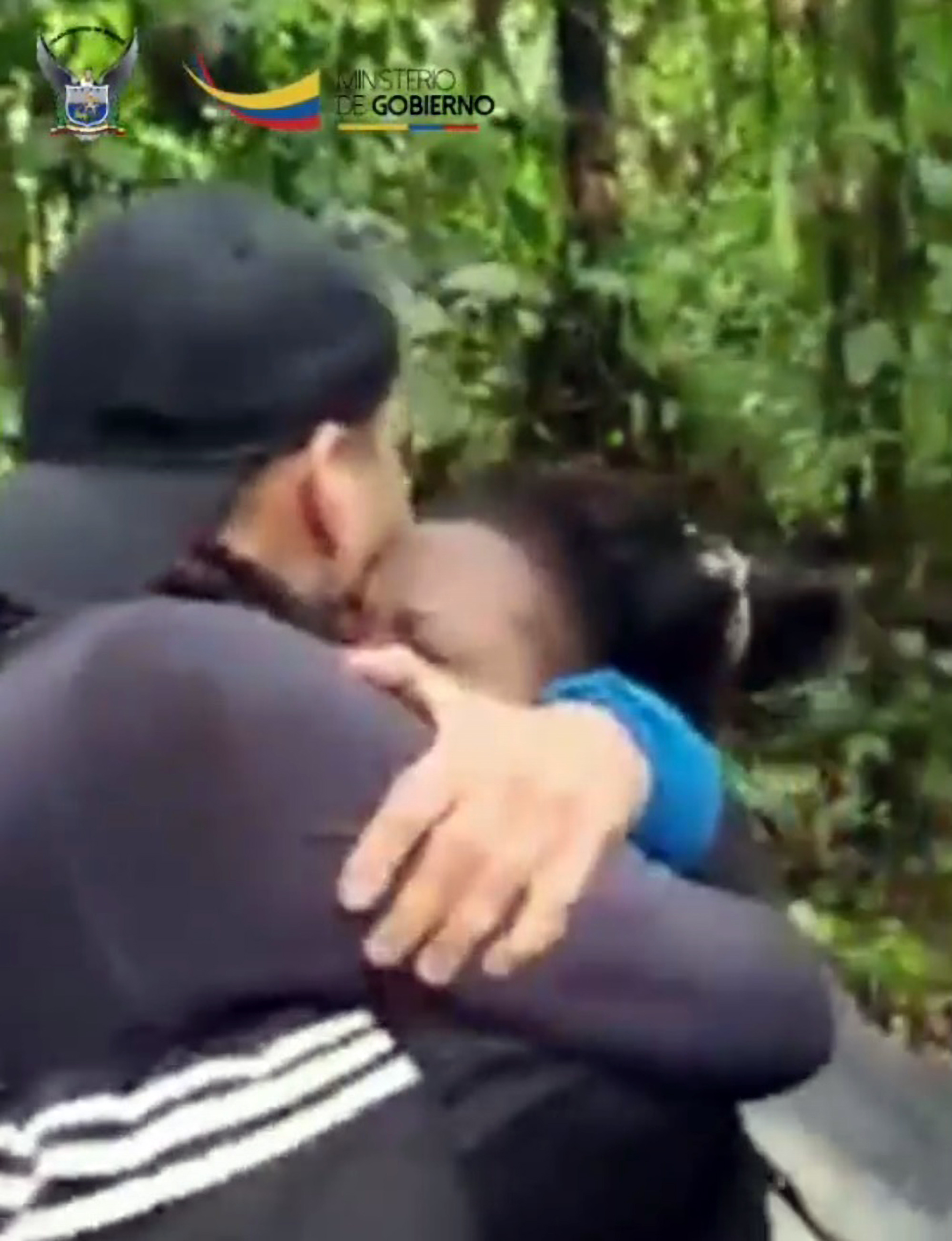 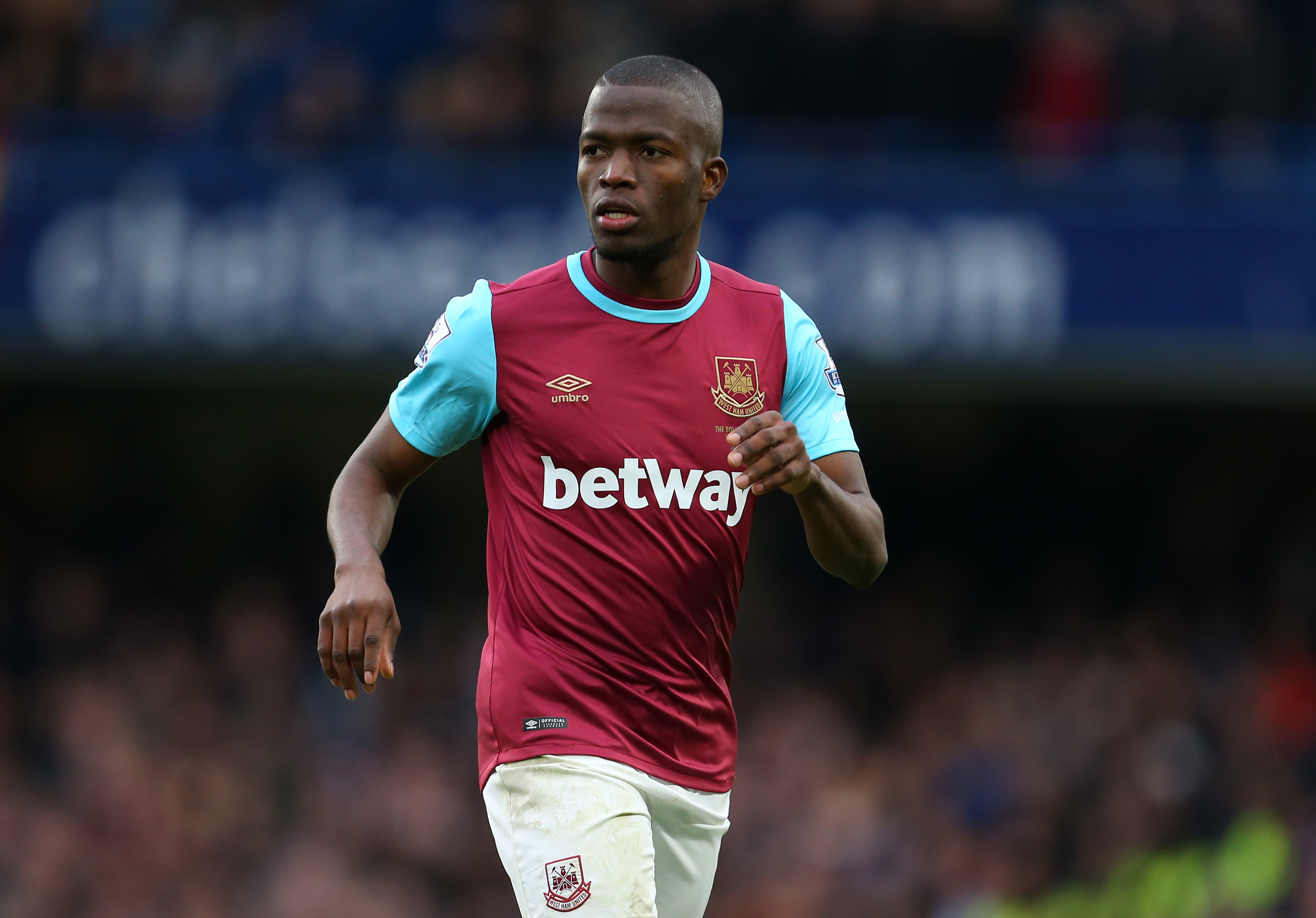 The relatives immediately called the police who quickly discovered Erci was being held in a jungle in Esmeraldas province.

However, the kidnap gang continued to move their hostage from place to place to avoid being found by the authorities.

Eventually, agents from the Anti-Kidnapping and Extortion Unit (Unase) and the Intervention and Rescue Group (GIR) managed to track down her location and free her.

A video and photos released by cops showing Erci appearing to be upset but unharmed after her ordeal. 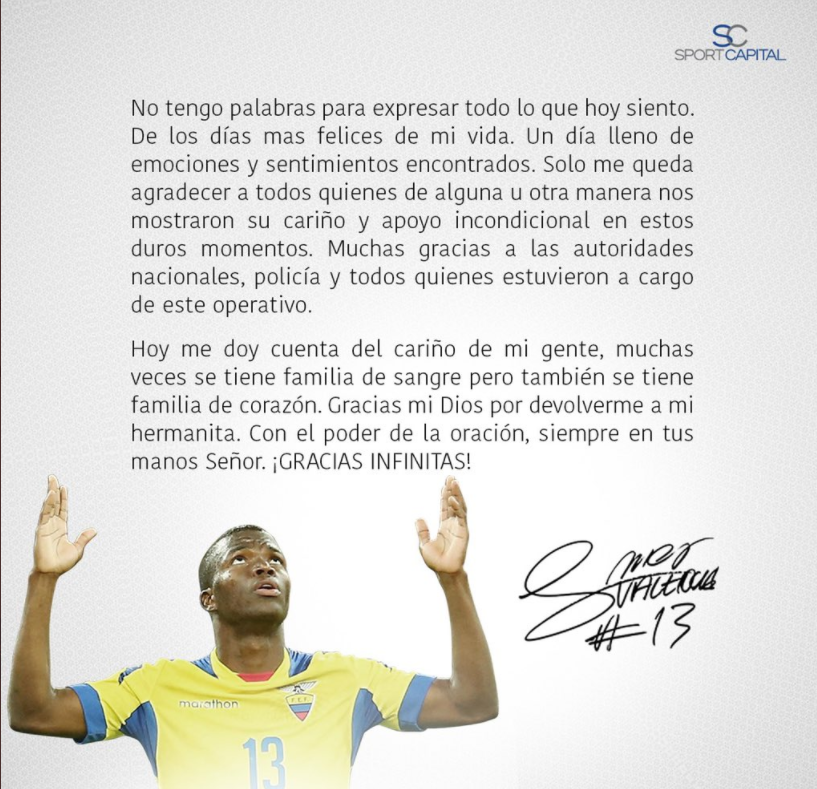 She is seen ermeging from underneath a large sheet of plastic as armed cops close in.

During the rescue operation, five men and one youth were arrested and taken into custody.

The Ecuadorian suspects are believed to be part of the Oliver Sinisterra Front, a dissident faction of the FARC from Colombia.

FARC was a guerrilla group formed in 1964 as a Marxist movement and has engaged in a campaign of armed resistance against the government. 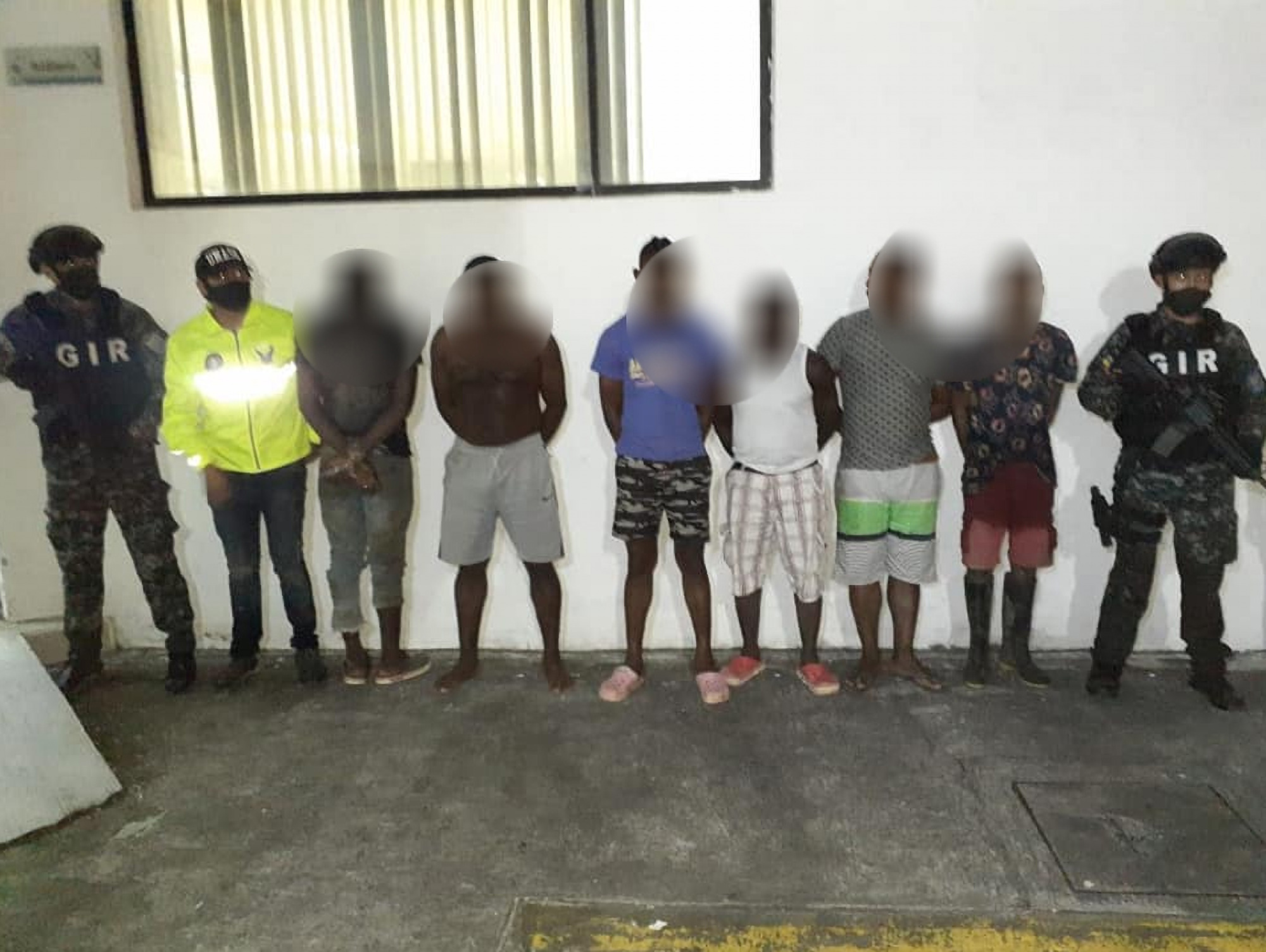 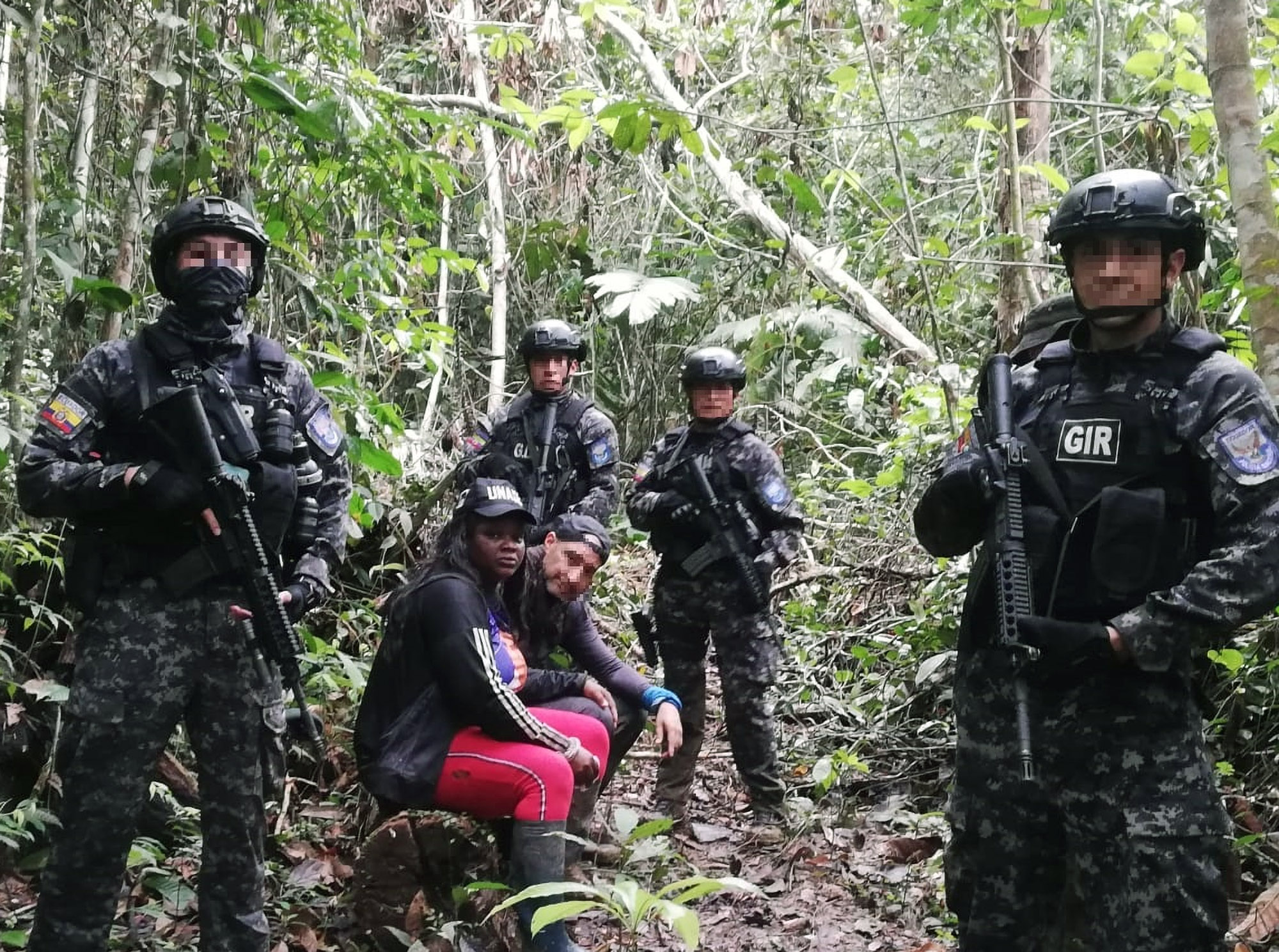 According to the national newspaper El Universo, the five adults arrested are currently on remand in jail.

Valencia – who has just joined Turkish side Fenerbahce  – publicly thanked the authorities on his Twitter account for saving his sister.

"I don't have words to express everything that I feel today," he wrote.

"[It's] one of the happiest days of my life; a day full of emotions and conflicting feelings."

Valencia also went on to thank those who have shown support during a difficult time for his family.

The 30-year-old is a star of the Ecuador national team, making 54 appearances and scoring 31 goals in his international career.