The latest report from Infrastructure Australia shows poor mobile and broadband coverage persists across the regions and the pandemic has further exposed the shortfalls. 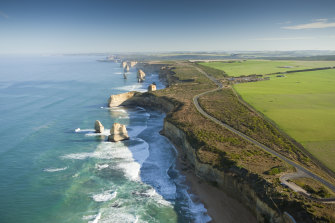 Towns along the Great Ocean Road have been identified as suffering from poor telecommunications infrastructure.

The report, Regional Strengths and Infrastructure Gaps, found there was a shortage of fixed-access broadband across the majority of regional towns in the Barwon South West region, which takes in the Great Ocean Road and Geelong. It said peak tourism seasons increased demand on telecommunications infrastructure, which was ill-equipped to handle influxes of visitors, raising safety concerns in coastal, remote and high-traffic areas.

The black spot data was collected in 2018, but the advisory body said they remained numerous and widespread.

Geelong and the Surf Coast have also experienced a surge in their permanent populations, with growing communities putting more pressure on services. 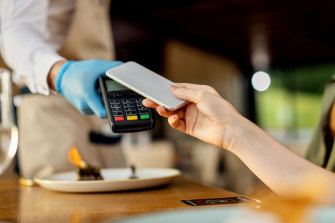 He said poor coverage was particularly problematic when residents and emergency services struggled to communicate during disasters, citing the Black Summer fires in East Gippsland.

“There have been for a long period of time persistent challenges in connectivity through Gippsland,” Mr Colacino said. “Those challenges were brought to the fore during the [Black Summer] bushfire season.”

In Gippsland, the report noted, better access to high-speed internet was crucial to expanding the agriculture and manufacturing sectors, but issues with connectivity persisted, particularly in East Gippsland.

“The impacts of these shortfalls have been acutely felt during the COVID-19 pandemic, where Gippsland saw a significant increase in demand for digital connectivity by households and businesses as people worked from home and migrated to the region in greater numbers,” the report said.

Victorian Regional Development Minister Mary-Anne Thomas said digital infrastructure and telecommunications were key areas in which the regions were being let down.

“I drive up and down the Calder [Freeway] and my phone still drops out. I can see Melbourne and I can’t get a signal,” she said. 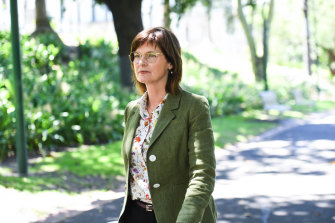 However, the report did not provide recommendations on how these problems could be resolved.

David Hodges moved with his family from Sydney to Wooragee near Beechworth about six years ago. He said accessing good internet had been a struggle at first, and he was now using satellite internet, which was satisfactory but expensive.

He described the National Broadband Network as woeful. The family pays about $130 a month for satellite internet.

“For the first few years I couldn’t work at home at all and then during COVID we were spending close to about $800 a month on 4G,” he said.

“We are a family of six and everyone was at home and schooling.”

“This is an essential service and there are still far too many gaps,” she said.

Infrastructure Australia found that a lack of affordable homes was another priority that needed to be tackled in the Barwon South West, Hume and Grampians regions.