Black Lives Matter demonstrations continued in Minneapolis for a fourth consecutive night Sunday over the shooting death of a Black man by members of a U.S. Marshals task force.

Crowds marched Sunday evening in response to Thursday’s fatal shooting of 32-year-old Winston Boogie Smith Jr. in Minneapolis’ Uptown neighborhood. Officers stood watch during the demonstrations. There were no immediate reports of injuries or arrests stemming from Sunday’s demonstrations. A police spokesman said he didn’t have any details Monday morning.

Authorities said Friday that Smith was wanted on a weapons violation and fired a gun before two deputies shot him while he was inside a parked vehicle. Members of the U.S. Marshals Fugitive Task Force were trying to arrest him on a warrant for allegedly being a felon in possession of a gun.

Smith’s criminal record included 20 convictions, mostly for minor traffic and parking violations, plus three marijuana charges and an aggravated robbery conviction in which his ex-girlfriend’s face was beaten to a pulp, according to court documents.

The Minnesota Bureau of Criminal Apprehension said members of the U.S. Marshals North Star Fugitive Task Force approached Smith, who was in a parked car atop a parking ramp at W. Lake Street and S. Fremont Ave., after being tipped off about his location, the Minneapolis Star-Tribune reported.

Investigators believe Smith first fired a gun from his vehicle as deputies closed in, but there is no bodycam or squad dashcam footage of the incident. Their preliminary investigation shows that a Hennepin County sheriff’s deputy and a Ramsey County deputy then shot Smith, who died at the scene.  A handgun and spent shell casings were recovered from Smith’s car, authorities said. 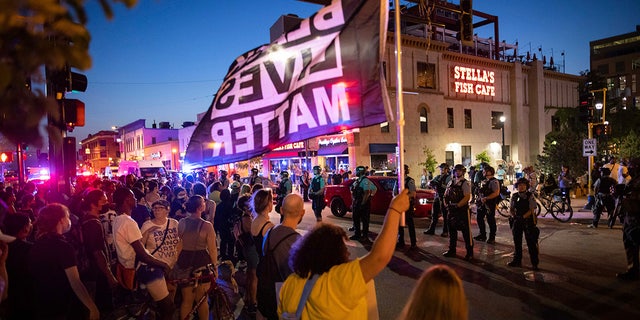 A 27-year-old woman inside the car with Smith at the time was injured by shattered glass.

Family and friends, who described Smith as a father of three, are demanding transparency in the investigation and have asked anyone who might have video footage to come forward. Earlier protests over the weekend led to arrests.

Demonstrators also burned dumpsters in the street. Businesses were looted and buildings were vandalized the night after the shooting.

On Saturday, demonstrators gathered outside the parking garage where Smith was killed. The message “Hold police accountable” was spray-painted on the garage and other anti-police message were scrawled on the streets and on the outside of Libertine restaurant.

“There’s a lot of things that have happened since George Floyd that show the state of Minnesota isn’t really serious about police reform,” BLM Minnesota leader Trahern Crews told the Tribune. 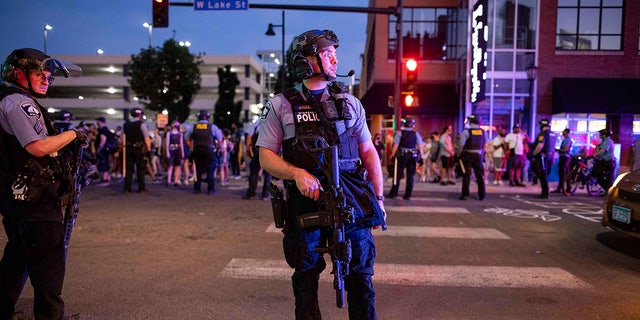 Demonstrators came to Stella’s Fish Café, where Smith reportedly had his last meal. Business inside appeared to carry on as usual, the Tribune reported, but Smith’s brother, Kidale Smith, joined by protesters outside shouted through a microphone for anyone there Thursday to share what they know.

“I want the U.S. marshals to come down and face me,” he said.

Several videos shared by independent journalist Andy Ngo of the events in Minneapolis show fires burning, a demonstrator left beaten and bloody lying in the street and officers at a gas station being harassed by a man off-camera who yells that he is going to kill them and their children.

“Imma shoot your kids before I shoot y’all,” he is heard telling officers. “And make you watch.”

Minnesota Department of Public Safety spokesman Bruce Gordon said the officers involved in Smith’s death weren’t wearing body cameras because they were operating under the rules of the U.S. Marshals special task force.

The U.S. Attorney’s Office for Minnesota later confirmed that the Justice Department changed its policy last October to allow state, local, territorial and tribal task forces to use body-worn cameras “while serving arrest warrants or during other planned arrest operations and during the execution of search warrants.” Yet Gordon maintained that the U.S. Marshals Service is responsible for phasing in the use of body cameras and their use is “currently” not a part of that special task force’s policy.

Last week’s fatal shooting came as Minneapolis has been on edge since the death of George Floyd just over a year ago, and the fatal shooting of Daunte Wright by an officer in nearby Brooklyn Center in April.

Fox News’ Michael Ruiz and the Associated Press contributed to this report. 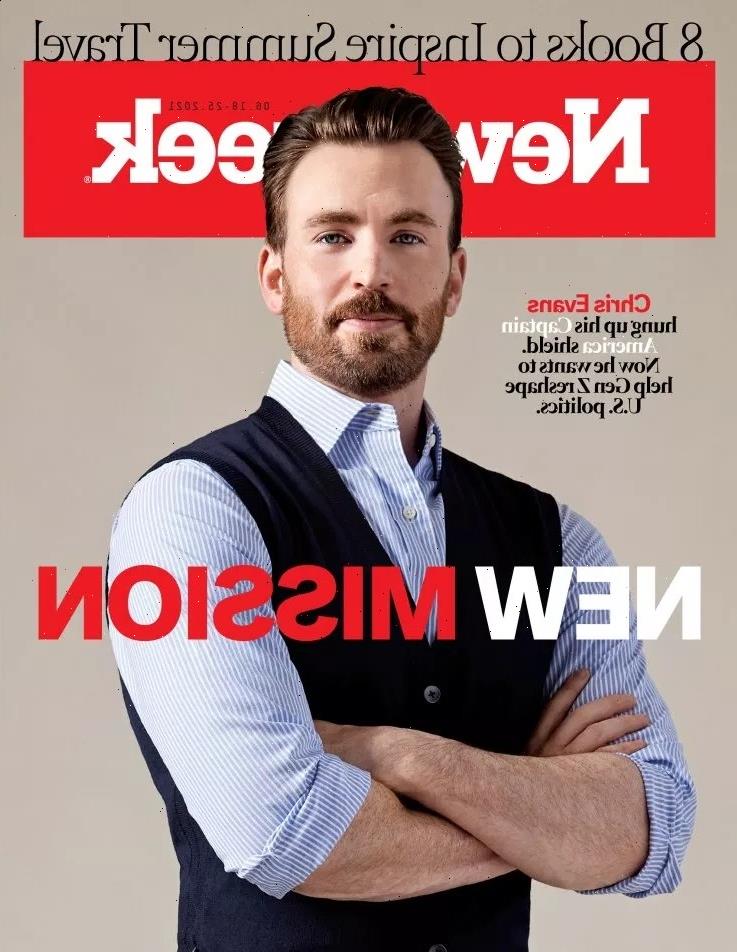