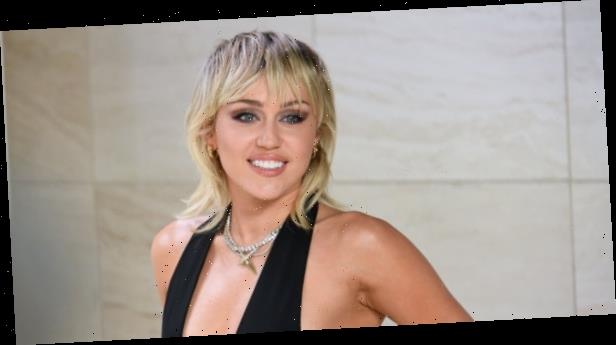 Miley Cyrus had no shortage of stories in her two-hour interview on the Joe Rogan Experience podcast and one was about a head injury she suffered as a child when she was on a dirt bike with her dad, Billy Ray Cyrus.

While talking about having SPECT scans (single-photon emission computed tomography) of her brain to better understand her mental health, the “Wrecking Ball” singer revealed, “I had a head injury when I was 2 years old.”

She prefaced the story by saying, “It’s bad. My dad had me — this is really his is really bad, but he can’t go to jail, I don’t think, because it’s a long enough time away.”

Cyrus continued, “He had me in a baby backpack and I was on a dirt bike with my dad. And he was riding, and a tree had fallen, and he ducked, and I didn’t, and I hit my head on the tree. It was bad. So that’s what’s wrong. Everyone’s asked me that for years.” 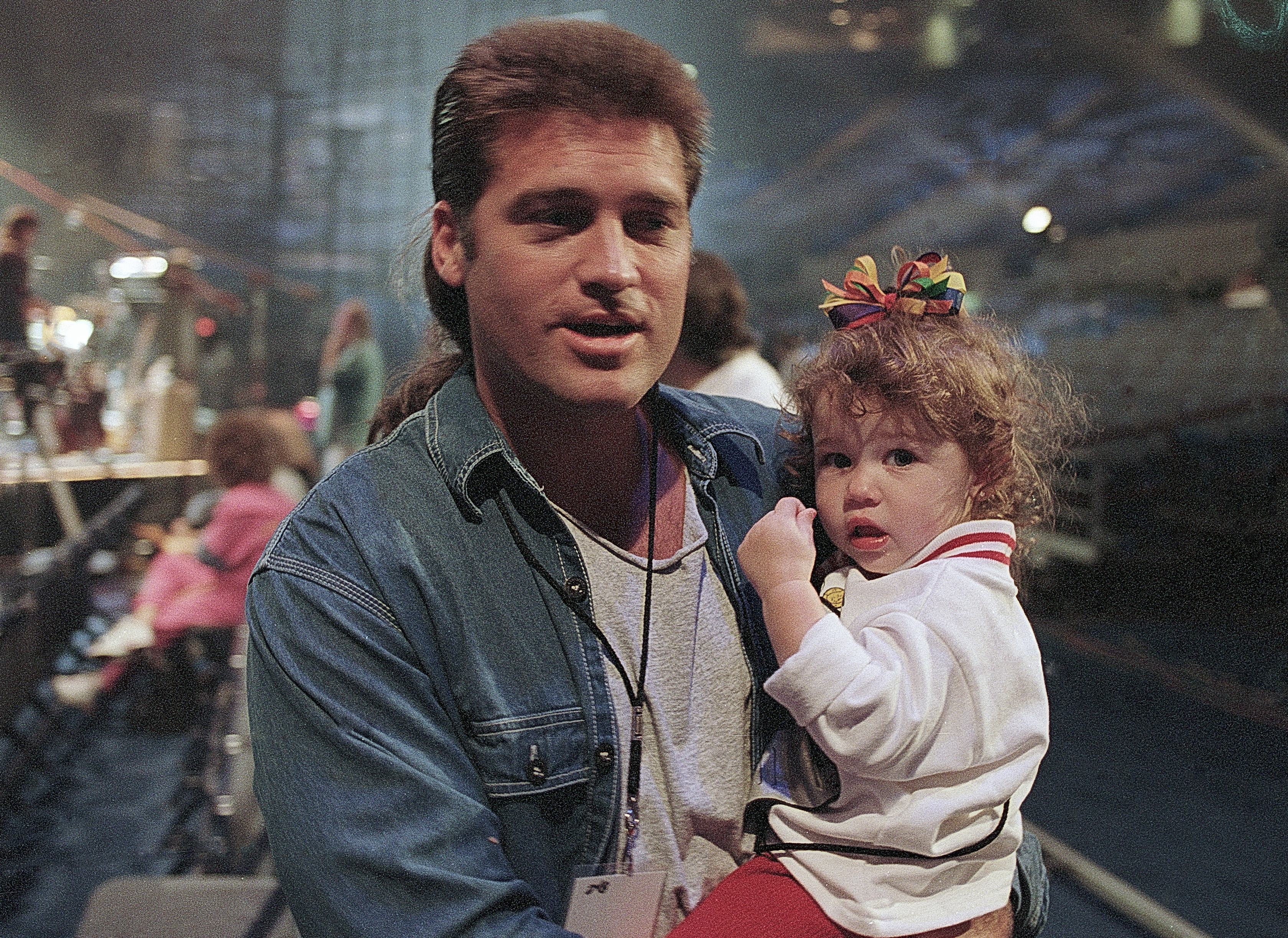 When Rogan noted that comedians Roseanne Barr and the late Sam Kinison both experienced head injuries at young ages that altered their personalities, Cyrus said, “Maybe I’m thankful for it. It knocked me into this identity or something.”

Cyrus’s other stories about her “loopy” singer dad were pretty light-hearted, including talking about how for his 59th birthday, she sent to him a 5-foot pizza with her likeness on the box because he gave up eating pizza for a year, as well as an outdoor bathtub for his sprawling farm property because she said he loves bubble baths.

Cyrus touched on a lot of other topics, including drug use. She referred to her family as a “bunch of stoners,” but reiterated that she’s been sober since undergoing vocal surgery last fall.

“Alcohol was never my problem,” Miley said. “I now just avoid really drinking because I like to wake up at 110 percent. But it’s never really been my problem and I could see myself having a drink of celebration in the future but I get so f**king hungover now that I’m like why would I celebrate with just feeling like a volcano’s erupted in my brain?” 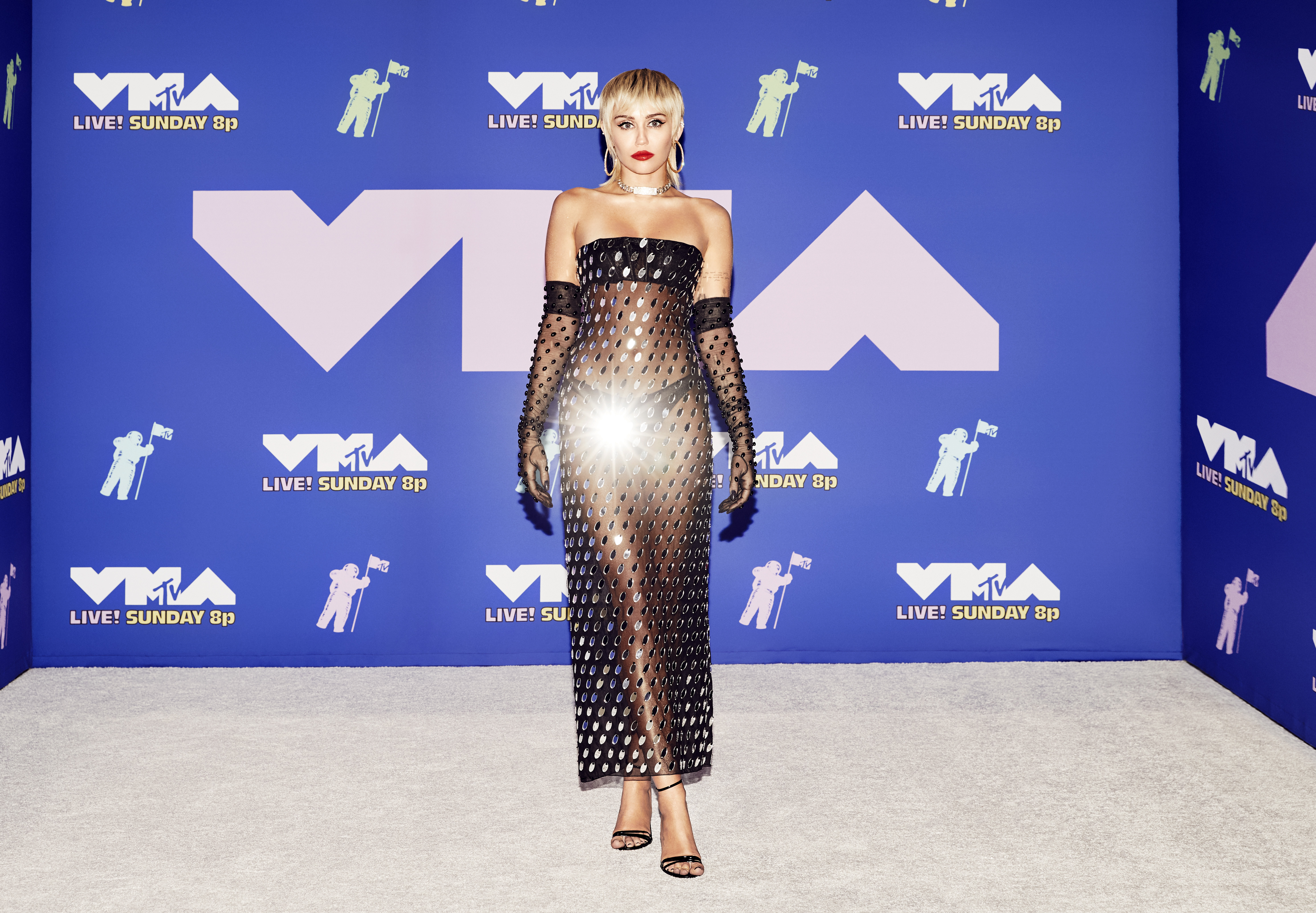 She also compared love to addiction at one point, saying when you fall in love with someone, at first “you do feel like you’re high on drugs. It’s the same drip.” She talked about it being like cocaine — “a quick hit.”

Cyrus, who’s now single after a “tendency to need someone in my life at all times,” also referenced her ex-husband Liam Hemsworth, though not by name.

“I called the love of mine, who I was with and we got divorced, it was almost like a pacifier,” she said of their relationship. “Like he was that thing I just needed. Not because we were in love anymore” but because her brain found it “comforting.”

Talking about their split, officially in Aug. 2019, she said it “f*****g sucked” because of the “villainizing” she experienced as she rebounded with Kaitlynn Carter.

“The fact that me and someone that I loved realized we don’t love each other the way we used to anymore? That’s OK. I can accept that,” Cyrus said. However, she said can’t accept “all those stories… It’s amazing to me that the public thinks there’s no gap in time” between her split with Hemsworth and her romance with Carter.

“It’s not: One day you are on the red carpet and the next day you were making out with your friend in Italy,” she continued. “There was a lot of time between that [the public] didn’t see. It’s didn’t go [like that].”

Read more from Yahoo Entertainment:
Remembering Chadwick Boseman: A journalist’s cherished, complicated friendship with a superhero
Salma Hayek rocks a bold yellow ensemble in birthday photos: ‘Grateful and proud for every single one of my 54 years’
Kristen Bell shares drawing made by daughter for Dax Shepard’s 16th sober anniversary