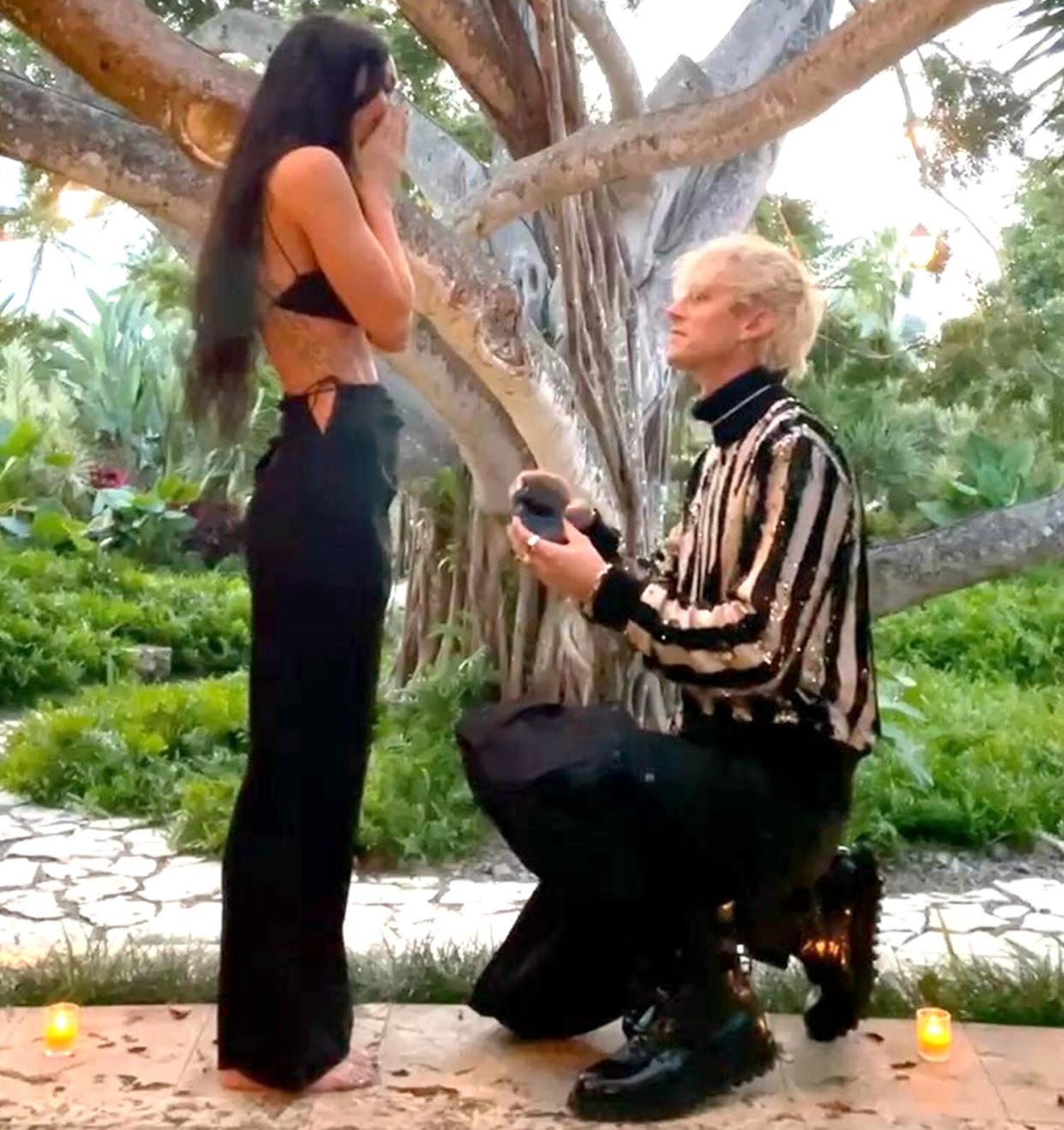 Machine Gun Kelly caught Megan Fox by surprise when he proposed to her in Puerto Rico.

"She has been wanting to get engaged. The proposal was a surprise, though," a source tells PEOPLE. "They have traveled to Puerto Rico before, so Megan just assumed it was another vacation."

According to the source, the Jennifer's Body actress, 35, "loved the proposal" and "thought it was beautiful and perfect."

"She is excited to get married," says the source.

Never miss a story — sign up for PEOPLE's free daily newsletter to stay up-to-date on the best of what PEOPLE has to offer, from juicy celebrity news to compelling human-interest stories.

In a video posted Wednesday, Kelly (real name: Colson Baker), 31, got down on one knee and popped the question to Fox, who happily accepted. She said the pair also sealed the union by drinking each other's blood.

"So happy for u guys!!!! 💍😍❤️," Kim Kardashian commented on Fox's video of the proposal, while her sister Kourtney Kardashian simply posted, "❤️❤️❤️❤️❤️."

The "Bloody Valentine" musician also garnered congratulatory responses from friends and followers alike when he gave fans a close-up glimpse of his new fiancée's gorgeous engagement ring — which he helped design with jeweler Stephen Webster.

Fox and Kelly first started dating in May 2020 after meeting on the set of the Randall Emmett-directed film Midnight in the Switchgrass. The couple have spoken openly about their intense love for one another ever since they went public with their relationship.

Fox split from actor Brian Austin Green, with whom she shares three sons — Journey River, 5, Bodhi Ransom, 7, and Noah Shannon, 9. Green, who is is also dad to 19-year-old son Kassius, confirmed his split from Fox after nearly 10 years of marriage in May 2020.

Kelly, meanwhile, has a 12-year-old daughter named Casie, whom he shares with ex Emma Cannon.