The numbers were drawn Friday night for the estimated jackpot for Mega Millions drawing $660 million — making it the game’s third-largest prize ever.

Friday’s jackpot would be the ninth-largest in U.S. history, including top Powerball winners.

The Mega Millions jackpot was last won on April 15, with a winning ticket in Tennessee claiming $20 million.

The winner could choose to be paid out in one immediate payment and then 29 annual payments. Or, the lump-sum cash option for the drawing is estimated to be $376.9 million. 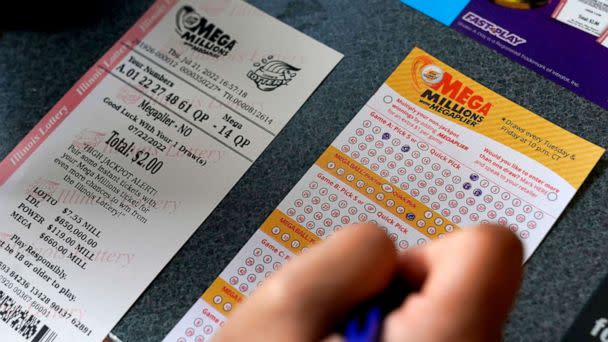 Mega Millions is played in 45 states, as well as Washington, D.C., and the U.S. Virgin Islands. Tickets cost $2.