A MCDONALD'S addict is suing the takeaway chain after a mouthwatering ad ‘forced’ her to gorge on Big Macs after giving up meat.

Russian Orthodox devotee Ksenia Ovchinnikova burgered up her strict Lent fasting after being seduced by a fast food advert. 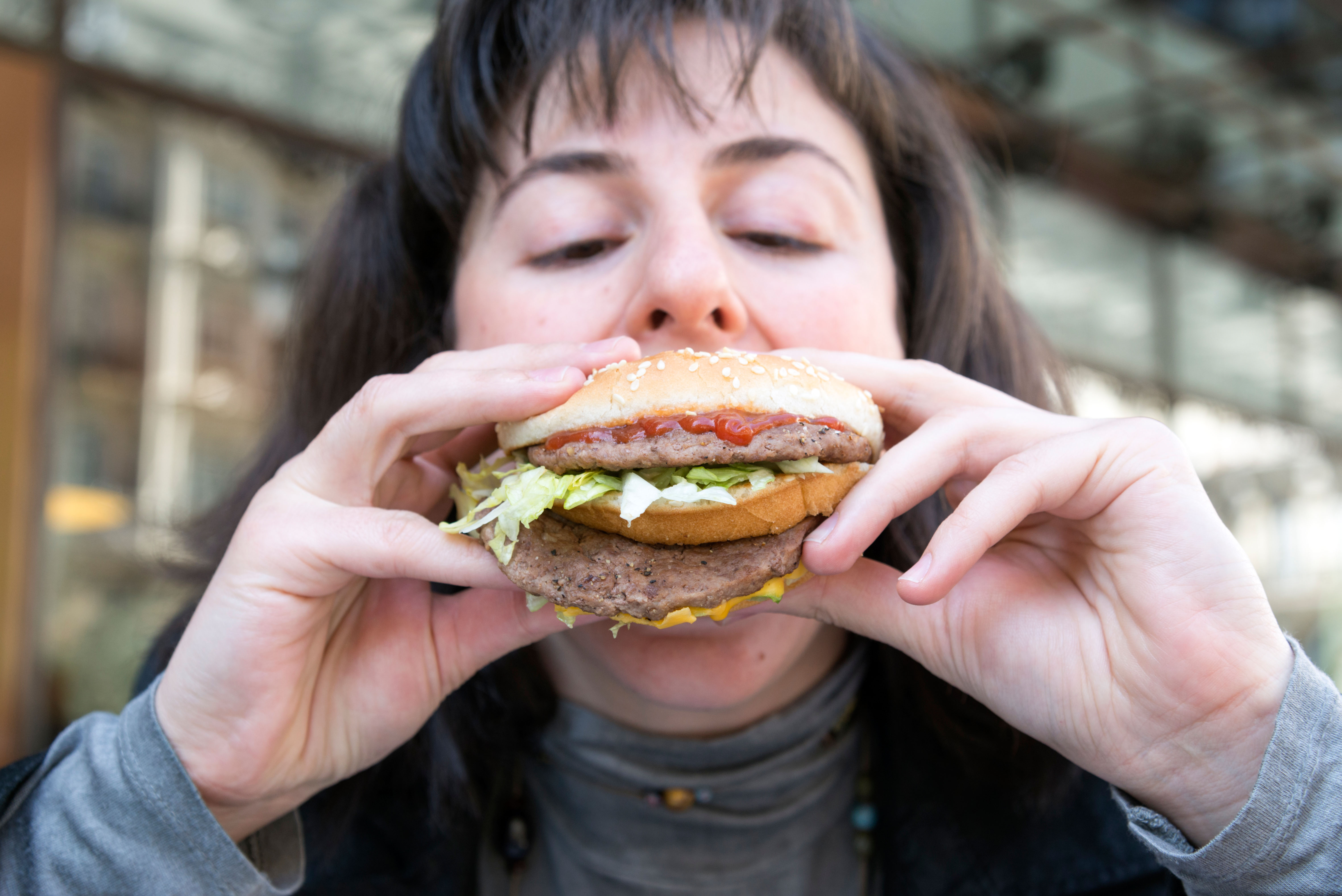 The devout Christian is reportedly suing McDonald's for a symbolic £10 for promoting meat-filled treats.

She'd managed to avoid eating any meat for an entire month.

But then her world was turned upside when she spotted a promo fora cheeseburger and chicken McNuggets on Karl Marx Ave in Moscow.

The famished Ovchinnikova promptly bought and devoured a burger – but then felt ashamed for caving in to her hunger pangs.

Until then, she had been able to observe fasting for 16 years, reports RIA in Russia.

According to local media, the fuming Ovchinnikova decided to seek compensation from McDonald's for RUB 1,000 (£10) for making her break Lent.

Zamoskvoretsky Court has confirmed that it had received her bonkers lawsuit.

"The court received a claim from Ksenia Ovchinnikova, the defendant of which is McDonald's.

"Currently, the date of the preliminary hearing on this claim has not yet been set," the court told Tass news.

After I saw the ad, I couldn't help myself.

Her court statement claims that the McDonald's "promotion had been running for about a month.

"After I saw the ad, I couldn't help myself, I visited McDonald's and bought a cheeseburger.

"I see a violation of the law on consumer protection.

"I have asked the court to investigate.

"If a violation has taken place, [I want the court] to force McDonald's to compensate me for moral damages amounting to RUB 1,000."

But the Moscow Patriarchate has advised her against going further with the complaint.

"I advise her to go to confession and not to court," they told reporters.

So she has to redraft her complaint to move the case forwards.

Her bizarre rant comes days after The Sun Online reported that nearly 100 countries are yet to have a McDonald's.

There are more than 34,000 restaurants in 118 countries – including Russia.

Reasons include a ban on foreign food chains which is why there is yet to be a McDonald's in North Korea, while just four countries in Africa have McDonald's – Morocco, Egypt, South Africa and Mauritius.