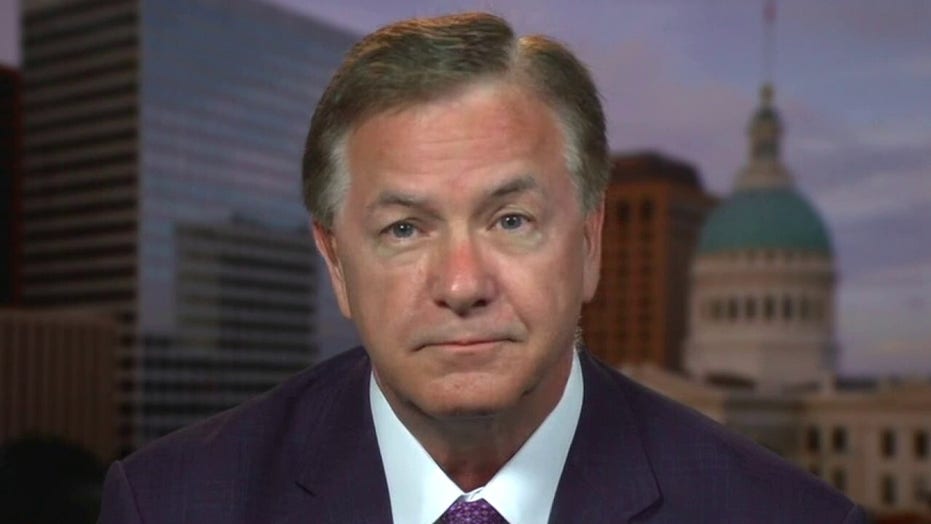 Mark McCloskey and his wife pointed guns at a crowd who entered his gated community, said it’s clear the circuit attorney is trying to keep ‘criminals safe’ rather than those following the law on ‘America’s Newsroom.’

Mark and Patricia McCloskey were indicted Tuesday on charges of unlawful use of a weapon and tampering with evidence, according to their attorney Al Watkins.

The charges related to an incident that occurred in June, when hundreds of Black Lives Matter protesters marched onto a private street the McCloskeys live on. The McCloskeys went outside to confront the protesters. Mark McCloskey had an AR-15 rifle, while Patricia McCloskey had a semiautomatic pistol.

The couple contends that protesters broke through an iron gate, ignored a "No Trespassing" sign, and screamed threats of arson and rape at them, while protest leaders say that the march was peaceful and no threats were made.

Watkins accused the prosecutors of tampering with the pistol by assembling it in a way that it could be fired.

"This is b——t," Watkins told Fox News. "Hate to say it, but the state has a lot of problems with this one. And they transcend not just the evidence, but they actually are remarkably problematic from the standpoint of prosecutorial misconduct."

The couple appeared in court earlier Tuesday, where a judge announced the case was continued to next Wednesday because the grand jury hadn't reached a decision yet. After that hearing, Mark McCloskey said outside the courthouse that he and his wife are being "persecuted" and expressed frustration that none of the protesters involved in the incident have been charged.

“Every single human being that was in front of my house was a criminal trespasser. They broke down our gate. They trespassed on our property. Not a single one of those people is now charged with anything. We’re charged with felonies that could cost us four years of our lives and our law licenses," he said.

A judge set the next court date for Oct. 14th, but that is likely to change in light of the grand jury indictment.