EVIL Anders Breivik is secretly trying to pocket £7million by selling the rights to turn his life into a film, The Sun on Sunday can reveal.

Ten years on from his chilling island massacre — which left 77 dead — the vile killer has sent 20 letters to film-makers begging them to tell his story. 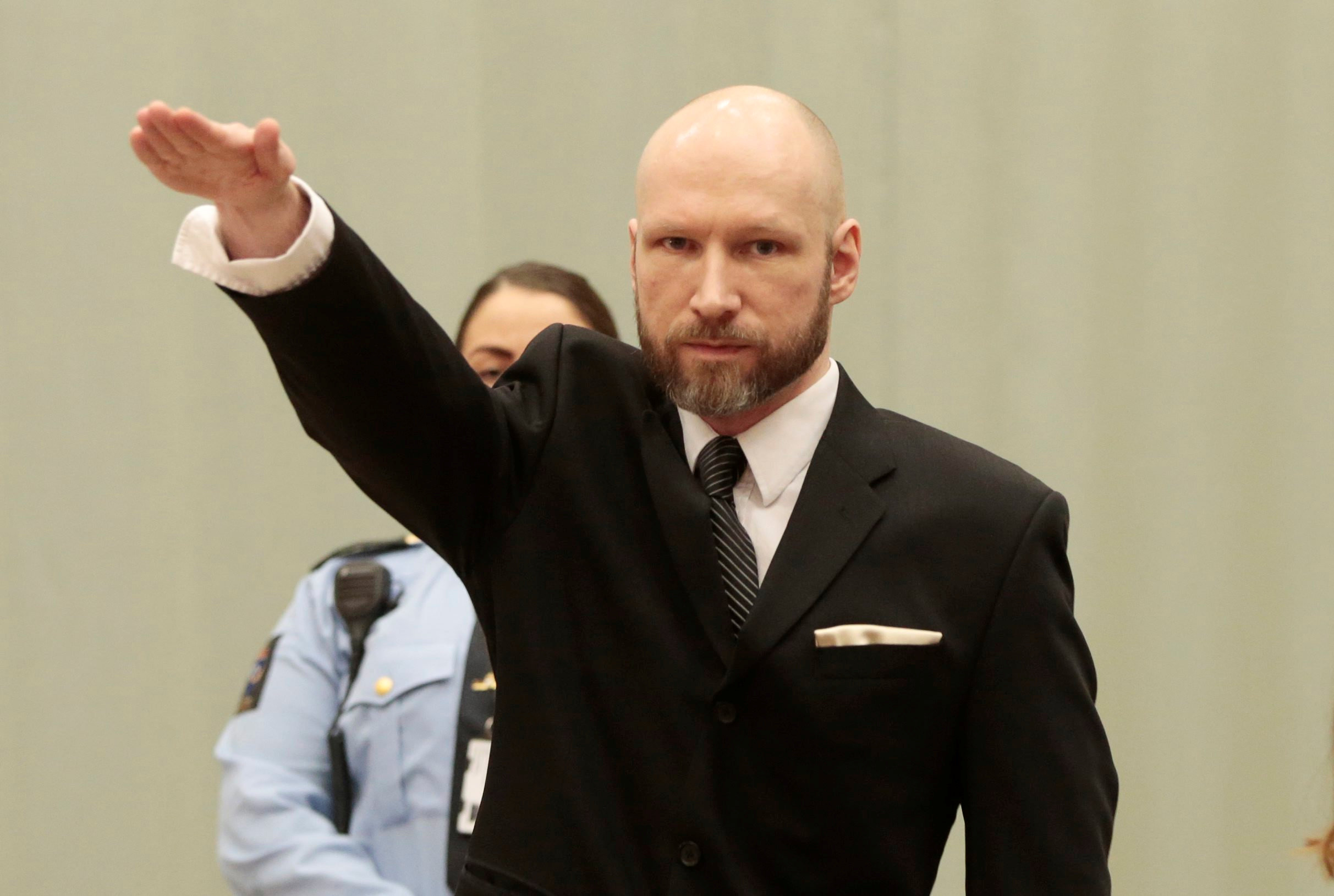 A Sun on Sunday probe has found the 42-year-old Norwegian mass- murderer, who writes 50 pages a day in his prison diary, has already penned a biography and film script and has sent out invites to be interviewed in prison.

A source said: “Breivik’s bid for fame, money and freedom is an insult to his victims and their families.

“So too is the prison life he lives. Breivik lives a life of Riley in prison. He’s never said sorry for his wicked crimes and he has no plans to.

“He still wants to inspire others and he still believes in a fascist revolution. His plans to make money from the murders is an utter insult to his victims and their families.” 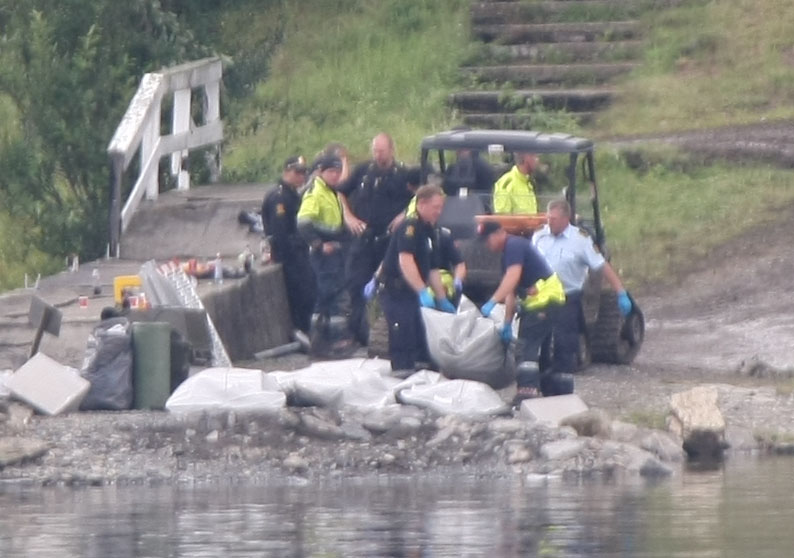 Today we can also reveal how Breivik, jailed for 21 years, is making a new bid for parole and is convinced he will one day walk free.

And despite enjoying a cushy life inside a three-bedroom “apartment” — furnished with a study, gym and kitchen area — in Skien prison he has submitted a list of whingeing complaints to jail bosses.

He wants a better deep-cleaning moisturiser and says too many of his meals are cooked in microwaves.

‘He feels no shame about what he did’

He is also asking for luxury pens to write with, as the biros he has been given cause him hand cramp.

Biographer Asne Seierstad, who has written a book about Breivik, said: “He’s never shown remorse. What he wants is a stage, a place to share his thoughts and his message. And to gain more supporters.” 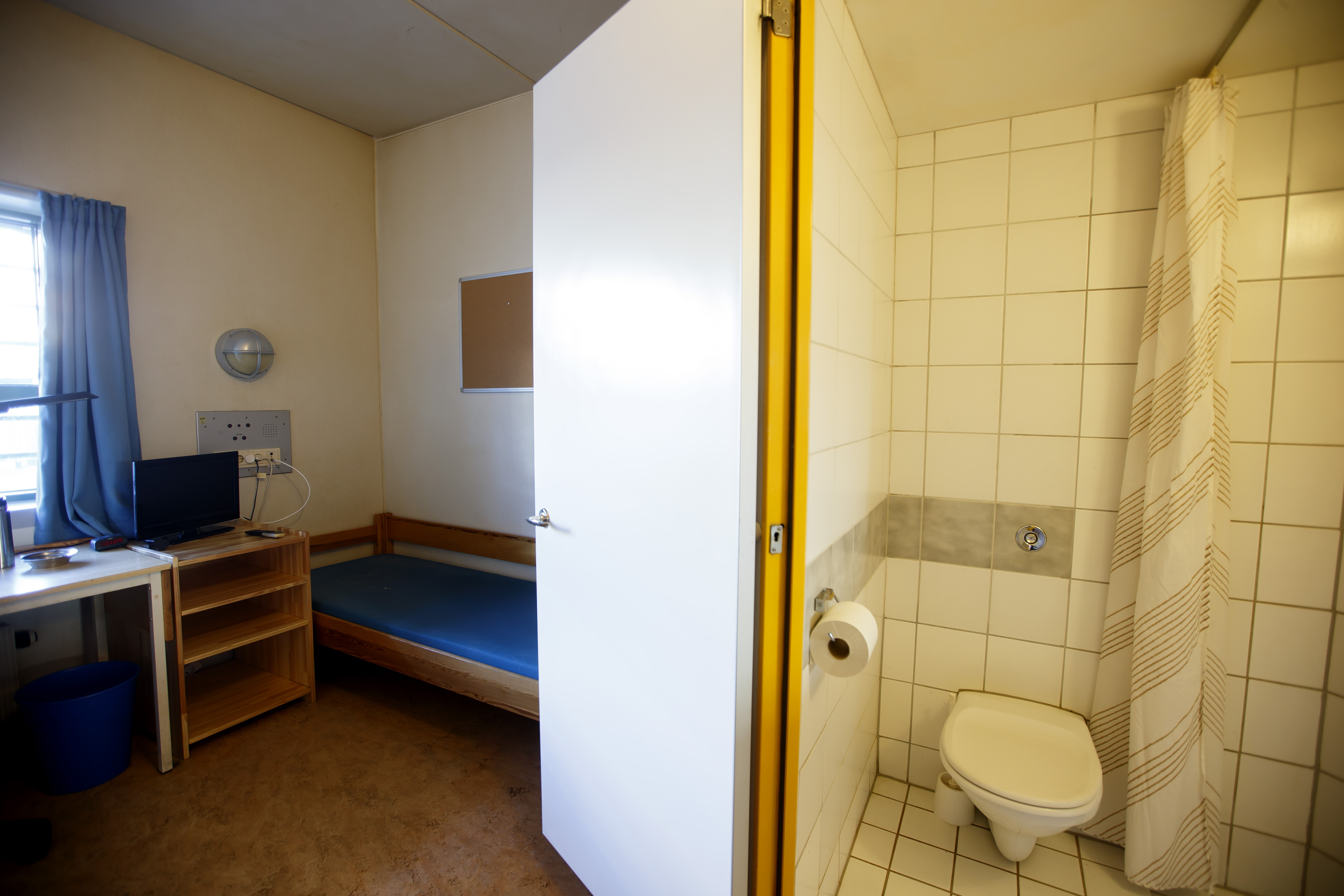 On his prison life, she added: “He said that in prison he has never been happier.

“I’ve got to know him a little bit and he manipulates situations a lot. He gets his way in the end.

“He talks about plastic cutlery as a torture-like existence or about cold coffee or about waiting 20 minutes before he is let out. He talks about these things like they are bad room service at a hotel.”

Breivik became one of the world’s most notorious killers on July 22, 2011, after carrying out two lone wolf attacks.

In the first, he bombed the Norwegian government quarter in Oslo. This turned out to be just a distraction as, dressed as a policeman, he then travelled to the Norwegian Labour Party’s summer camp on nearby Utoya Island and carried out a sickening massacre. 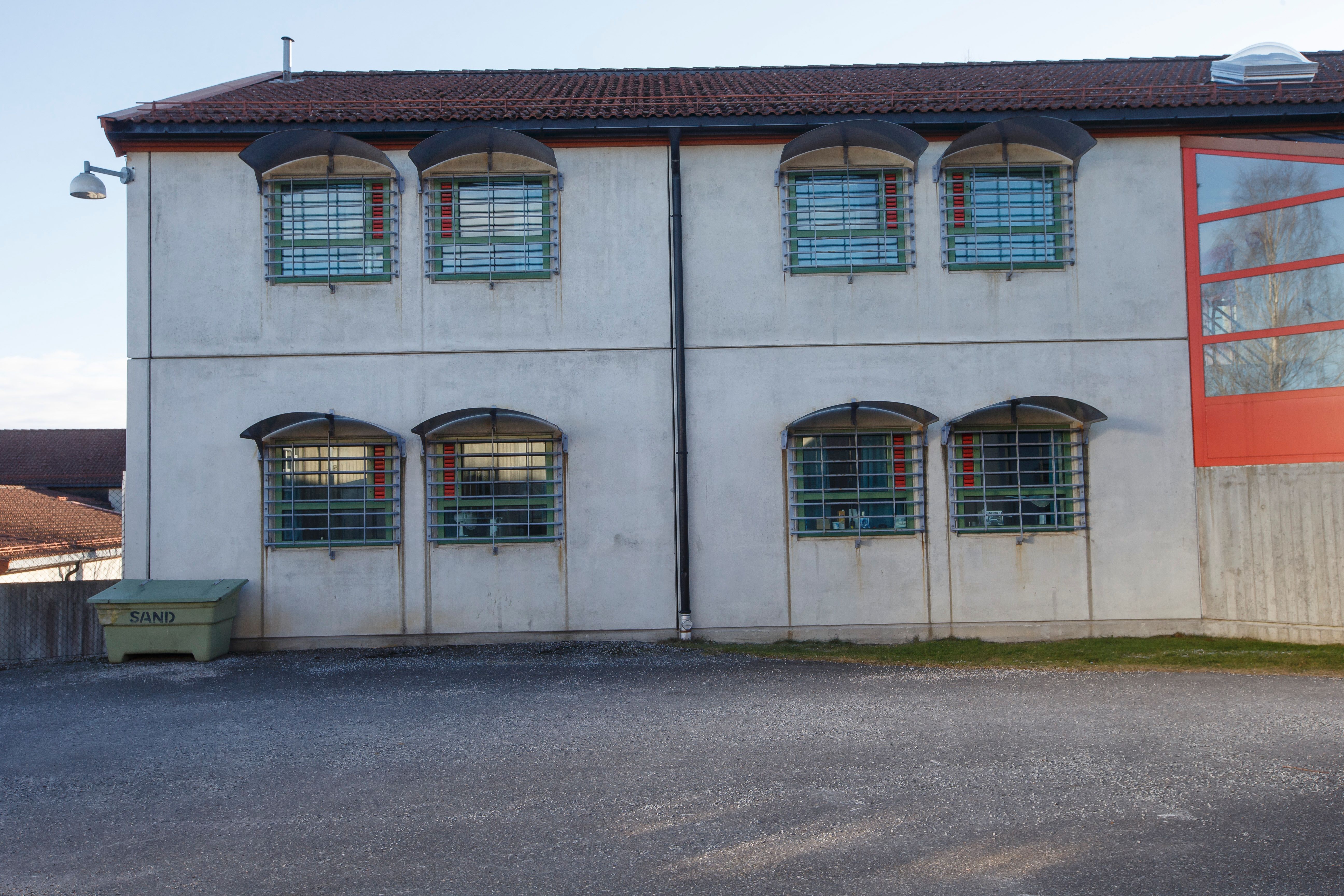 Before the incidents, Breivik, who idolised Adolf Hitler, wrote a 1,500-page manifesto under the pseudonym Andrew Berwick.

In it, he blamed feminism for the “cultural suicide of Europe”, opposed Islam and called for the mass deportation of Muslims from Europe. 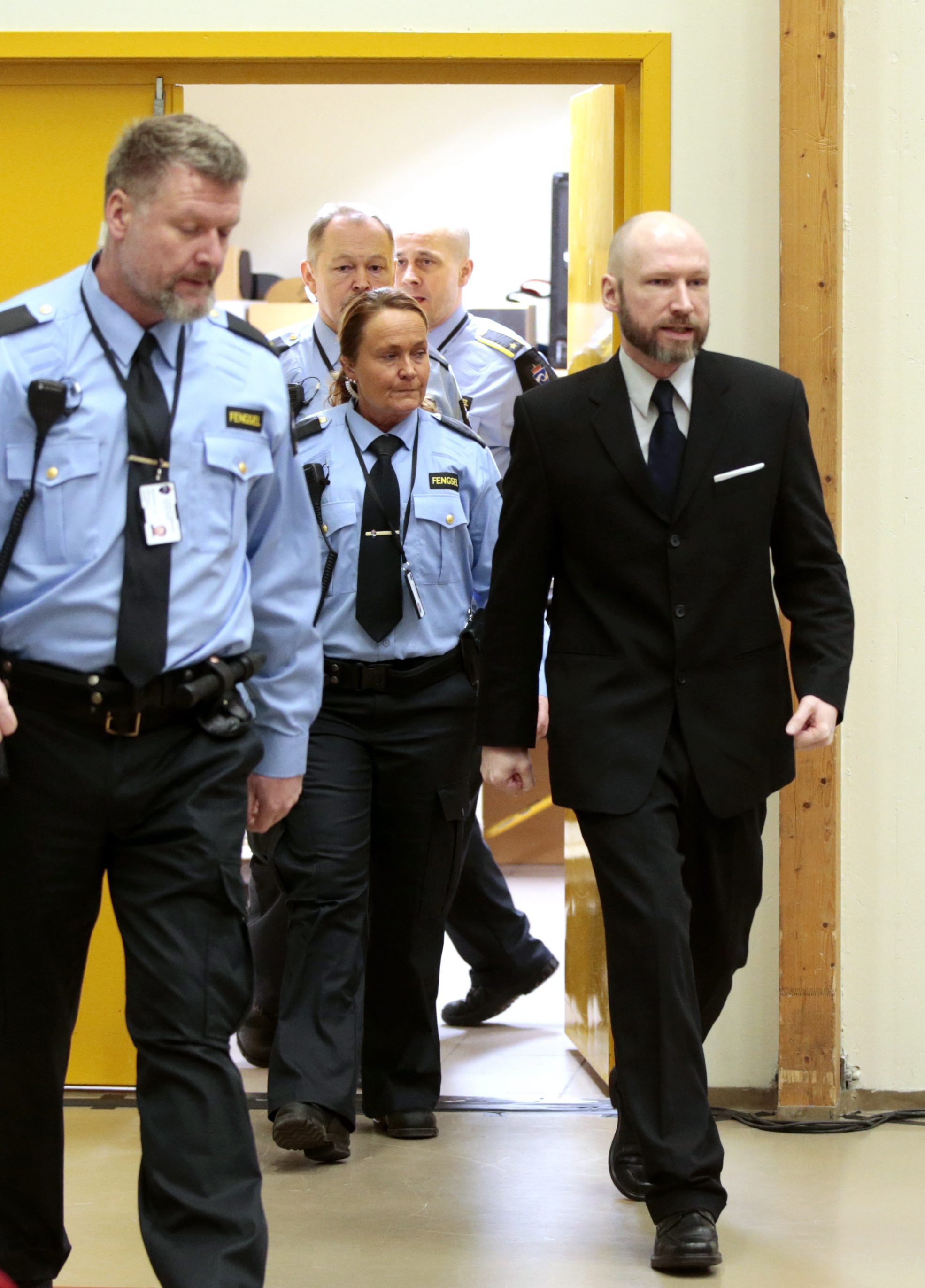 He was later given the longest sentence the Norwegian courts can hand out. Recently, the courts said it could be extended if he is still considered a danger to society.

Breivik has so far posted nearly two dozen letters explaining how he wants to sell book, film and interview rights.

One of the recipients was Christoph Andersson, a specialist on right-wing extremism.

Andersson said that in his letter, Breivik had valued the material at $10million (£7million). A source added: “Breivik feels no shame about what he did. In fact, he revels in it.”

Meanwhile, his lawyer told how Breivik is appealing his sentence. 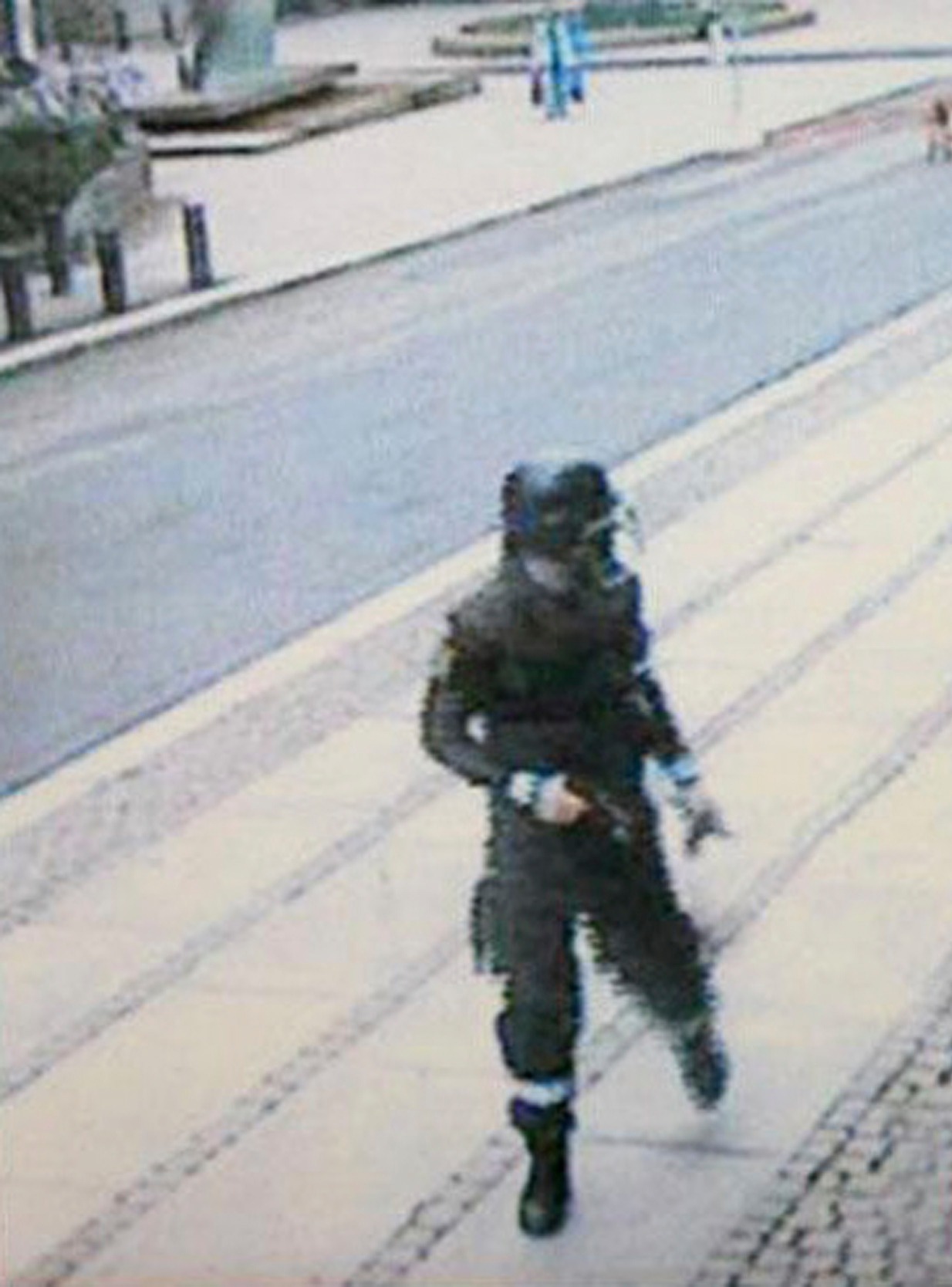 He said the killer planned to try for parole after serving the first ten years of his term.

The lawyer said: “This is a right that all prisoners have and one that he wants to use.”

Yet Breivik’s own father thinks he should never be freed.

Jens Breivik said: “I don’t feel like his father. How could he just stand there and kill so many innocent people and seem to think that what he did was OK?

“He should have taken his own life, too.”

Breivik, who has changed his name to Fjotolf Hansen, is being held in a three-room “cell” — one for sleeping, one for studying and one for exercising.

Each area is 86ft square and he has access to a private gym, a laptop and desk. His cell comes with video games, a DVD player and outside space.

But in a 27-page letter bemoaning his prison life, he whined how he would like more butter, more comfortable handcuffs and a better view.

He groaned about the “800” strip searches he had undergone and said he would enjoy more social interaction, claiming his treatment was “inhuman”. He also complained about not having internet access.

In 2017 he said five years of prison isolation had further radicalised him.

A source said: “Breivik might be one of the world’s most notorious killers but he lives like a king.

“Guards are waiting on him hand and foot and he generally gets whatever he asks for because the prison is so fed up with how much he moans.” 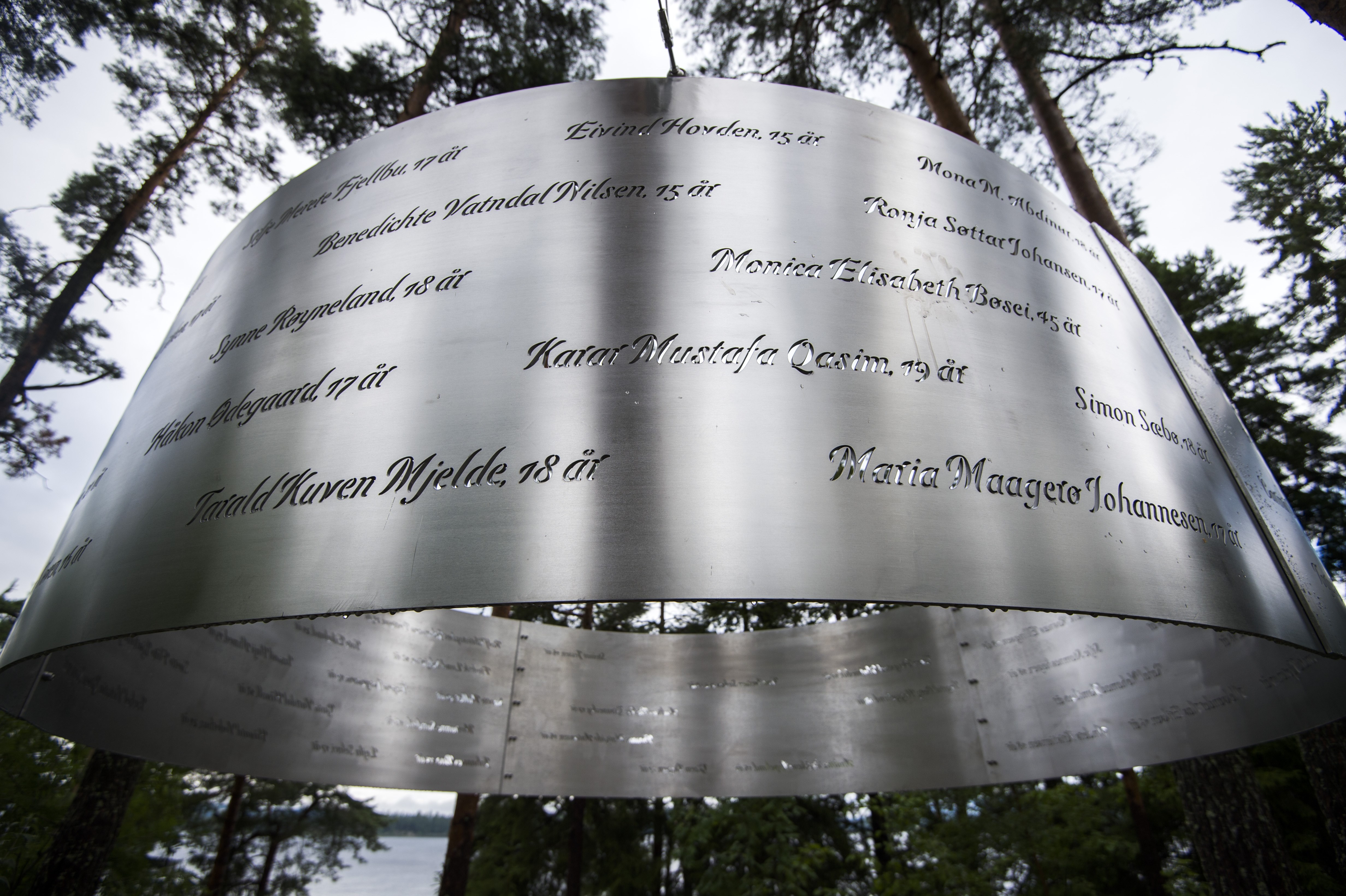 ‘He has every chance of selling the rights’

In most countries, including here in the UK, criminals are forbidden from profiting from their crimes after conviction.

Yet Breivik believes Norway’s liberalism, openness and availability of information means he has every chance of selling the rights to his life story.

He was further boosted when one of the country’s most senior politicians recently said many of Breivik’s far-right views were important to listen to.

Hans Jorgen Lysglimt Johansen, leader of the Alliance Alternative Party in Norway, said: “Much of what Breivik said in his manifesto was correct.

SURVIVORS RECALL THEIR FIGHT TO LIVE

KAMZY GUNARATNAM was 23 when Breivik trawled Norway’s Utoya Island preying on her friends.

She saw Breivik shoot one of them in the head. Kamzy, now 33, escaped by swimming across the Tyrifjorden Lake, with bullets striking the water around her as the gunman took aim. 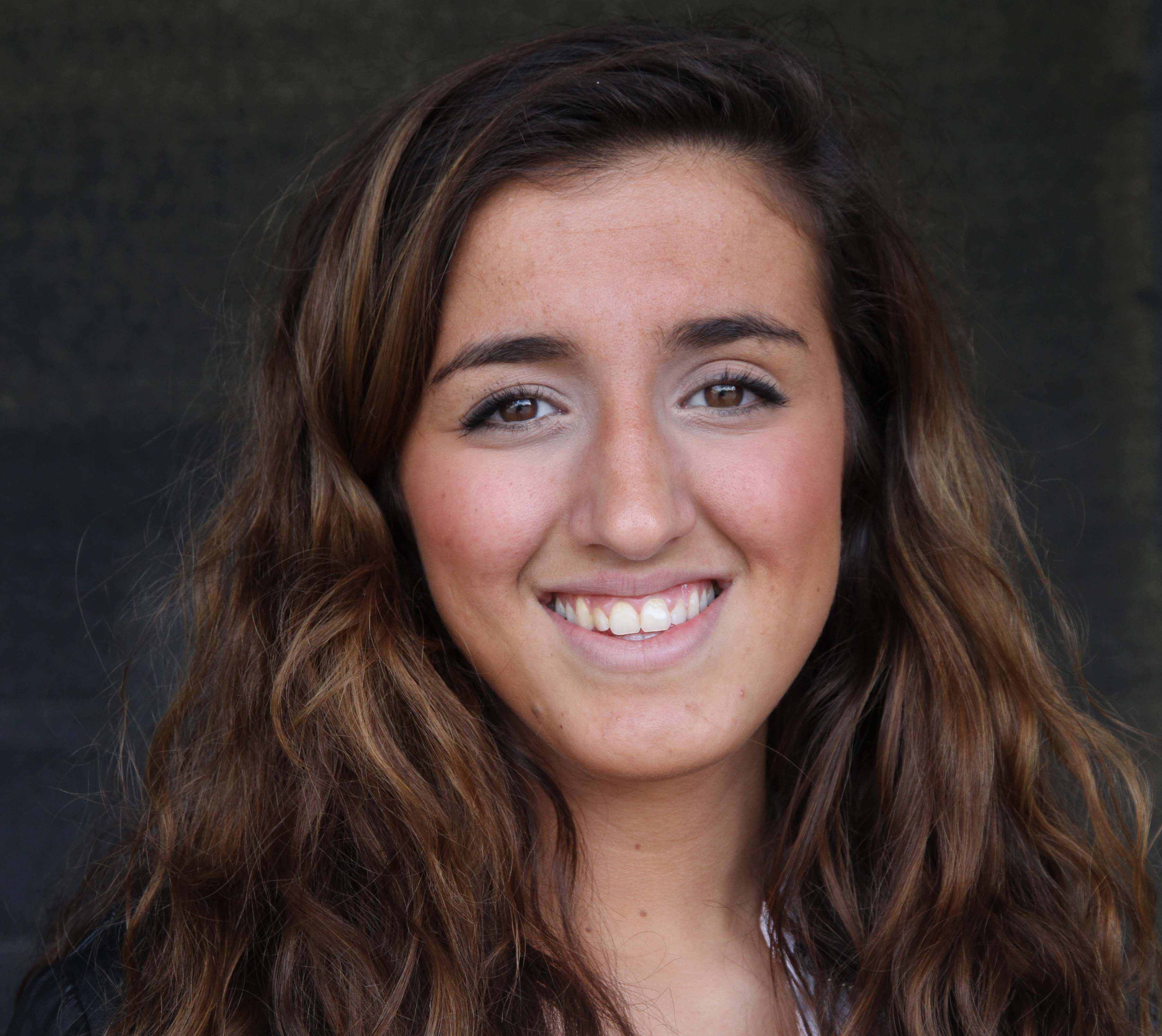 After the tragedy, Kamzy suffered depression but seeing a picture of Breivik one day inspired her to start a political career. She is now the deputy mayor of Oslo and has met Hilary Clinton and Barack Obama.

In her autobiography Your Struggle Is My Struggle, Kamzy told about a 22-page letter she received in January 2020 from Breivik.

In an open ­letter back to Breivik she told him: “When I read your name, I got chills down my spine. My body went into panic mode for a moment. After what you did on July 22, 2011, I struggled mentally for a long time. I slept badly, sounds sounded like shots, and I could not go into a place without looking for emergency exits. Your actions have caused me lasting damage. I spent many years putting down my ­paranoia. Your letter aroused fear again.” 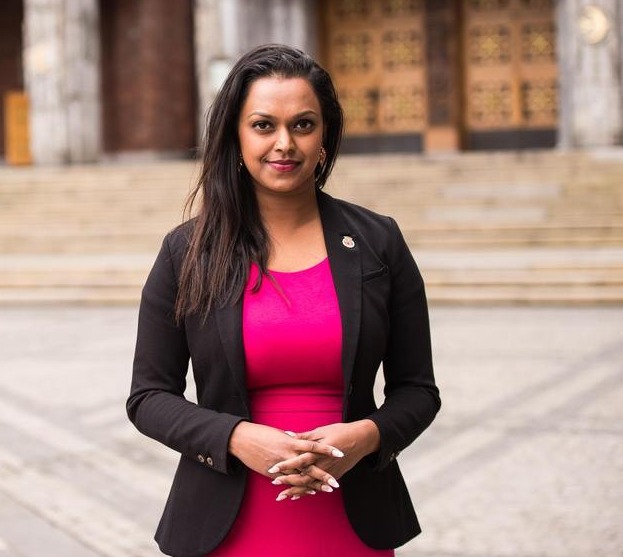 Sisters Lara and Bano Rashid were ­having an enjoyable break before Breivik came to the island. When he fired into their tent, Lara, then 16, heard the bullets whistle through the canvas.

After the 40-minute rampage, she went to look for her 18-year-old sister and found her dead — cuddled up by a dead friend.

Lara, 26, who works at the Iraqi Embassy in Oslo, says she thinks of her sister every day. She added: “Radical Muslims are not the only terrorists. There’s also a danger from right-wing extremism.”

Adrian Pracon watched his friends get killed by Breivik, and he later lay on their ­bodies and played dead to survive. 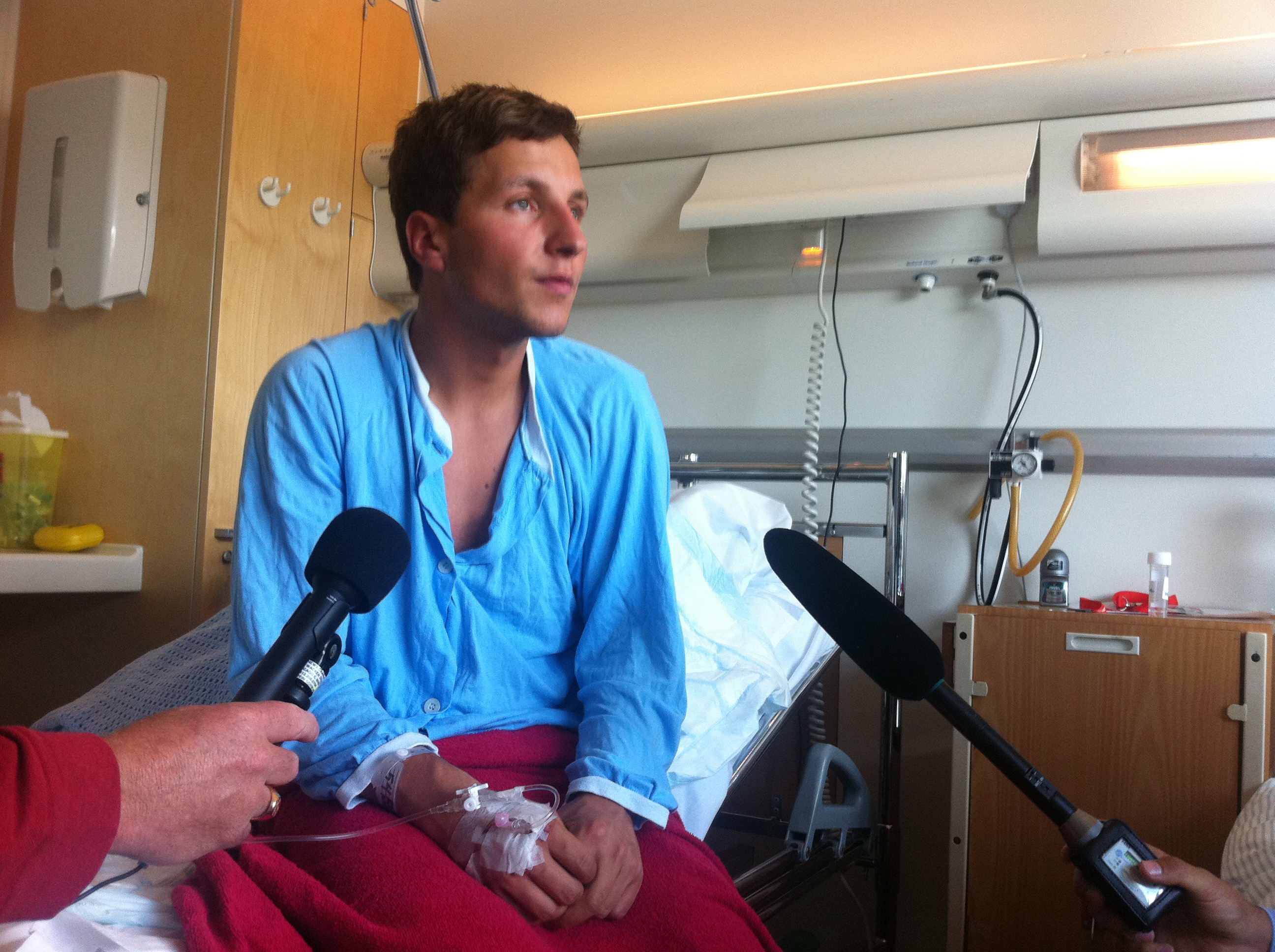 He thought he was safe when Breivik walked past. But the killer came back, pointed the gun to his head and fired.

Incredibly, he survived. Adrian now leads an annual trip back to the island, gives speeches and has written books.

Speaking about his first visit back, he said: “I needed to cry. It will be good for me to do this process of trying to proceed with my life and realise that this has ­happened.” 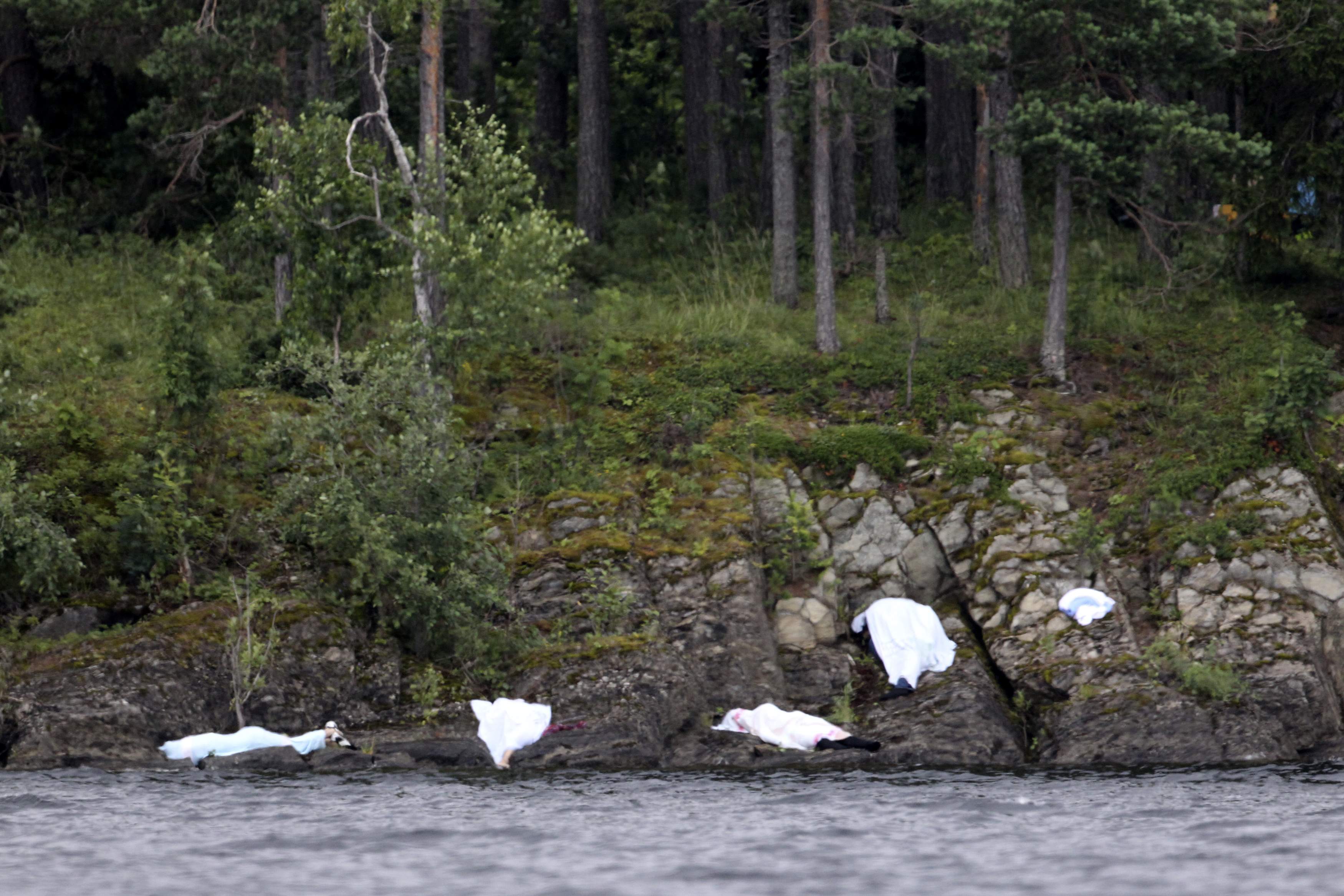