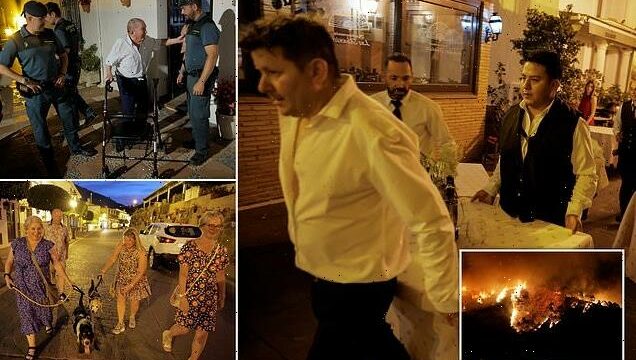 Thousands of people including British tourists have been forced to flee a village on Spain’s Costa del Sol overnight as a wildfire raged nearby.

The entire village of Benahavis, located in hills around 10 miles north of Marbella, has been told to evacuate due to a rapidly-spreading wildfire fanned by 25mph winds.

Police shut the sole road from Benahavis to the coast late Wednesday and drove around with loudspeakers ordering everyone out of their homes and hotels with only their essential belongings.

British tourists are thought to be among 3,000 people evacuated so far, with some put up in emergency accommodation in nearby San Pedro de Alcantara.

Three firefighters have been injured trying to contain the ‘out-of-control’ blaze, including one with burns to 25 per cent of his body. 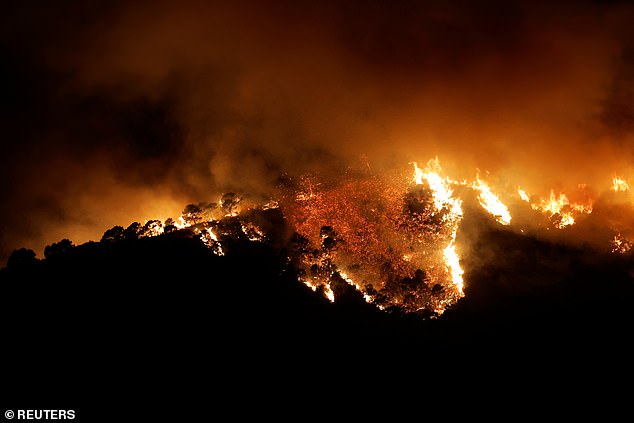 Benahavis, a small village in the hills north of Marbella, has been ordered to evacuate due to an out-of-control wildfire raging nearby 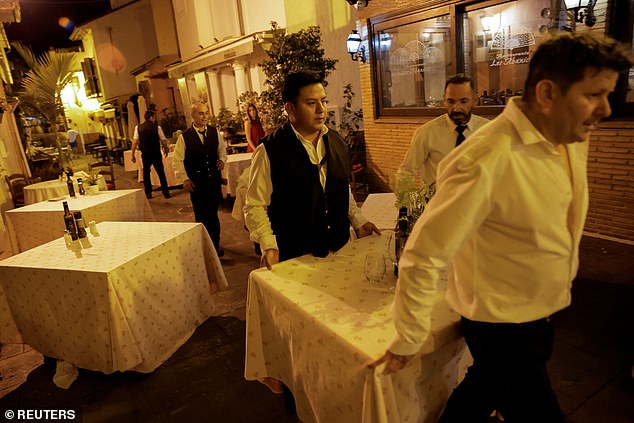 Diners were ordered off restaurant terraces late Wednesday as all 3,000 residents and visitors in the town were ordered to go elsewhere 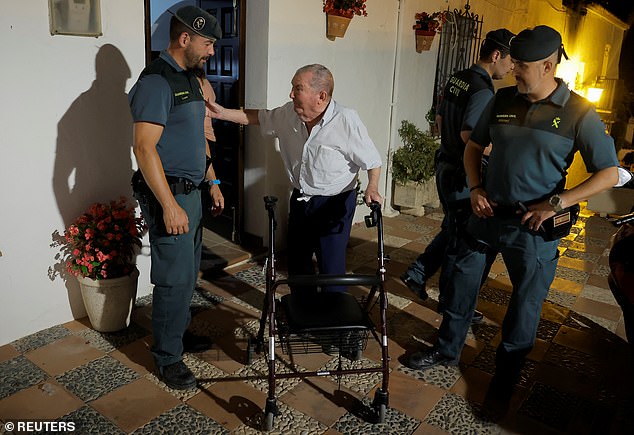 Police help an elderly man to leave his home, as flames torching acres of nearby woodland bear down on the small town 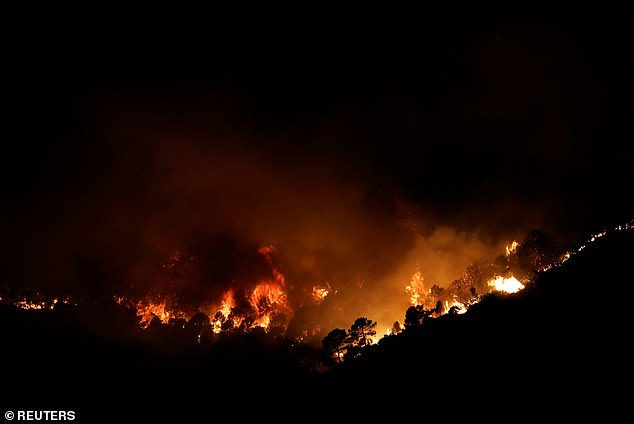 Trees are visible against the orange light of the wildfire overnight, as smoke pours into the sky

Many locals were forced to sleep overnight in their cars.

The forced evacuation is thought to have affected Torre Tremores, the exclusive villa on the outskirts of Benahavis where PM Boris Johnson stayed last year on holiday.

The army has been brought in to help firefighters tackle the blaze, which has already burnt nearly 5,000 acres of land.

The wildfire remained ‘out of control’ this morning although a predicted change in the direction of the wind in the coming hours is expected to improve the situation.

Benahavis Town Hall tweeted late last night in English and Spanish: ‘The village is being evacuated. If there is anyone with mobility problems please call 999.

‘Buses and taxis are available at the entrance to the village for those who require them.’

Elias Bendodo, an advisor of the president of the regional Andalucia government, said this morning: ‘The biggest problem here is the evolution of the wildfire, which is advancing at a speed of around 100 feet per minute. That’s very fast indeed.

‘The other problem is accessing the source of the blaze.’

Around 600 professionals are tackling the blaze. They include more than 200 members of Military Emergencies Unit UME, a branch of the Spanish Armed Forces.

Firefighting planes and helicopters have been put on standby, but are said to have been prevented so far from tackling the flames because of a temperature inversion which has reduced visibility.

The Infoca firefighting service confirmed: ‘At this moment in time there are areas where a temperature inversion is making it impossible for aerial units to work.

‘A plane is heading to the area to carry out a reconnaissance flight which will enable us to properly evaluate the situation.’

The blaze comes on the back of a devastating wildfire which raged through the hills behind Estepona near San Pedro for six days in September last year.

The Sierra Bermeja wildfire led to more than 3,000 people being evacuated from their homes. 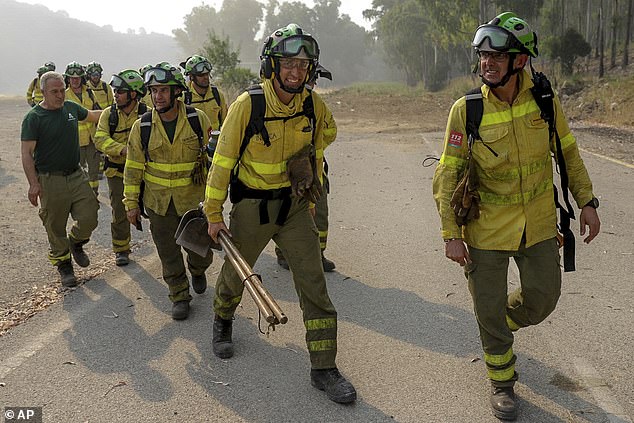 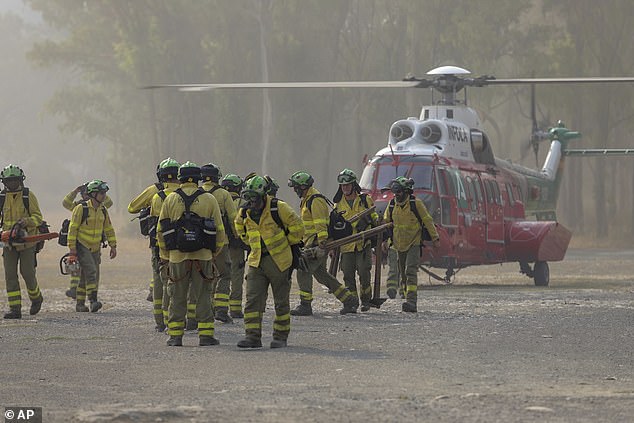 600 people are tackling the blaze, including soldiers and firefighters , which has so-far burned through 5,000 acres