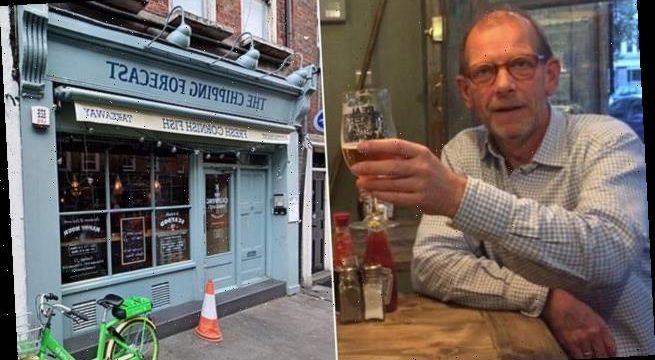 A restaurateur who called a black policeman a ‘gorilla’ has been cleared of racial abuse after magistrates found the word referred to the officer’s ‘brutish strength.’

The businessman, who runs upmarket eatery the Chipping Forecast, smashed up furniture worth £5,000 and grabbed Mr Haigh ‘around the throat with his hands’ in a two day bust-up, it was said.

When officers arrived, Pendered called a black policeman a gorilla and later repeated the remark inside a police van.

Pendered admitted using the word but was cleared of racial abuse after he explained he was describing a ‘strong’ man, adding the officer, PC Bashford, had been ‘forceful’. 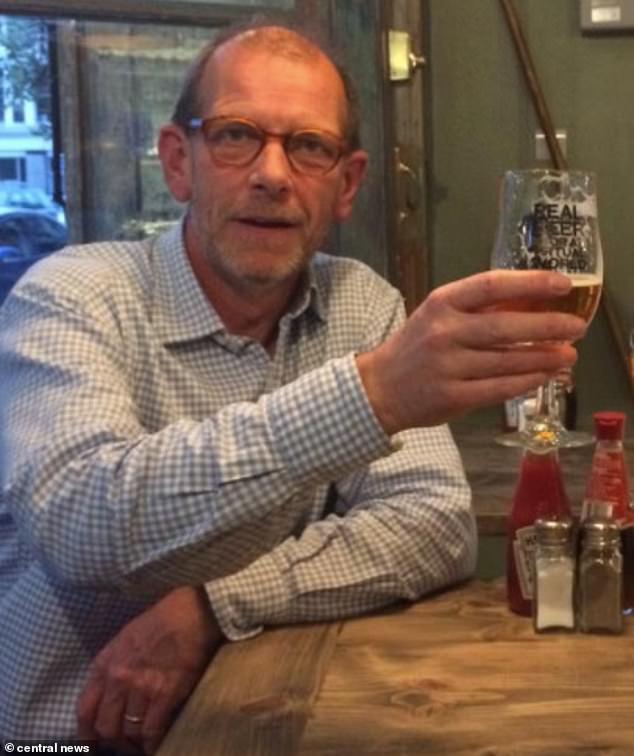 Alex Ng, prosecuting, said: ‘A person with good character with no racial prejudice at all throughout his entire life can commit a racially aggravated offence in special circumstances as in this way.

‘When a person was highly intoxicated, very emotional and was perceiving it as being manhandled by an officer.

‘The defence is trying to place before the court the dictionary meaning of gorilla.

‘We don’t live in an age when the dictionary was compiled, words change as time goes by.

‘PC Bashford was the only black officer who dealt with Mr Pendered. The word gorilla, what other meaning could that have in 2020? The typical racial slur that had been used.’

Denny Rochell, defending, told Westminster magistrates’ court: ‘For Mr Pendered to be found guilty today you have to be absolutely sure, first of all, that at the time of the comment he demonstrated hostility towards PC Bashford because of his race.

‘But the officer who came to court today said that during their dealings he made no comment regarding their race or skin colour. The only word referenced throughout the interaction was gorilla. 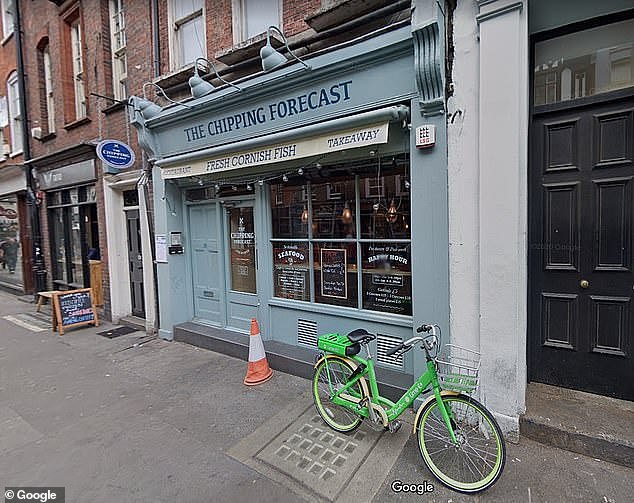 The businessman, who runs upmarket eatery the Chipping Forecast (pictured in Soho), smashed up furniture worth £5,000 and grabbed Mr Haigh ‘around the throat with his hands’ in a two day bust-up, it was said

‘He described being manhandled and PC Bashford being bullish.

‘There is nothing to suggest that it was used in regards to race, it’s accepted that it’s a word used in many different contexts throughout the years.

‘Mr Pendered works in a diverse environment and has been subject of abusive behaviour towards himself due to his sexuality.

‘He would stress that he had no intention towards PC Bashford to make him feel that way.’

Magistrate William Hammond said: ‘It is clear that the word gorilla was used by the defendant which is a word that can be used as a racial slur or as a term for brutish strength.

‘Given the absence of any other hostile behaviour we cannot be sure beyond reasonable doubt the word caused distress or was used with intent to cause harassment, alarm or distress.’

Pendered, from Tunbridge Wells in Kent, was acquitted of racially aggravated harassment.

He previously admitted two counts of assault by beating and one count of criminal damage to the value of over £5,000 and will be sentenced on August 20.