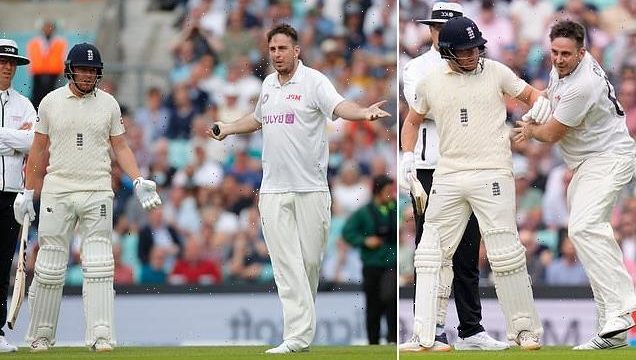 Youtuber, 33, is charged with aggravated trespass after pitch invader collided with England cricketer Johnny Bairstow at the Oval

A 33-year-old man has been charged with aggravated trespass after allegedly invading the pitch at the Oval cricket ground.

Daniel Jarvis, from Gravesend in Kent, is due to appear at Croydon Magistrates’ Court on Tuesday October 12.

It follows an incident on Friday, September 3, in which a man gained access to the pitch at the south London ground and collided with England batsman Jonny Bairstow during the fourth test against India. 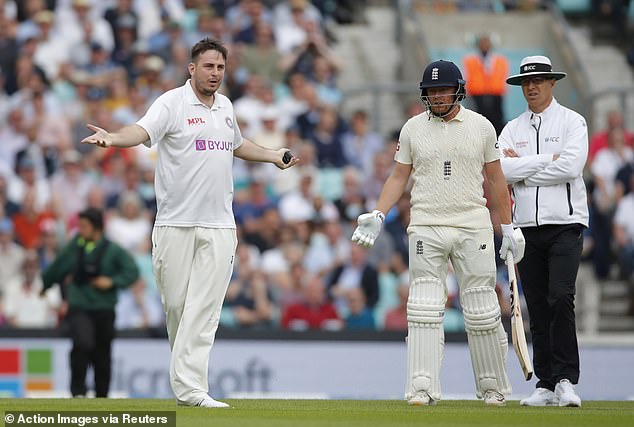 He was arrested on September 3 and taken into custody, before being released on bail and later charged with aggravated trespass.

In the alleged incident, a man entered the field of play shortly after noon wearing Indian Test match whites, with Jarvo on the back of his shirt, and reached the crease unobstructed before bowling a ball in the direction of Ollie Pope and colliding with Bairstow, the non-striking batsman.

Bairstow reacted angrily and India captain Virat Kohli held discussions with both umpires as the man was led from the field by security staff and handed over to the police.

Afterwards, the England Cricket Board (ECB) said it would review its security measures after similar trespassing incidents at Lord’s and Headingley earlier in the summer.

‘Any pitch invasion is completely unacceptable,’ said an ECB spokesperson at the time. ‘The ECB and our host venues do not tolerate any such behaviour which risks the safety of players, officials and staff.

‘The ECB works closely with all our venues to share information and enhance their security operation.’