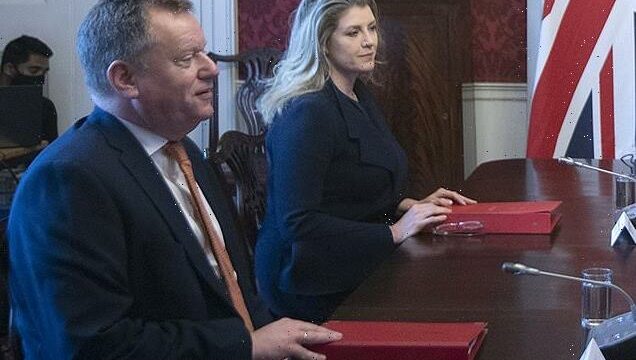 Penny Mordaunt came under fire las night as senior Tories questioned whether she has what it takes to be Prime Minister.

The trade minister cemented her position as a front-runner in the party’s leadership race after a second round of MPs’ votes yesterday.

But on a day of extraordinary blue-on-blue attacks, Miss Mordaunt was under intense scrutiny over her record in government and her alleged ‘woke’ views.

Lord Frost, the former Brexit minister, declared he would refuse to work under her if she wins as he has ‘grave reservations’ as to whether she is up to the job.

Chief Secretary to the Treasury Simon Clarke argued it was ‘telling’ that Cabinet ministers were ‘not backing’ Miss Mordaunt. 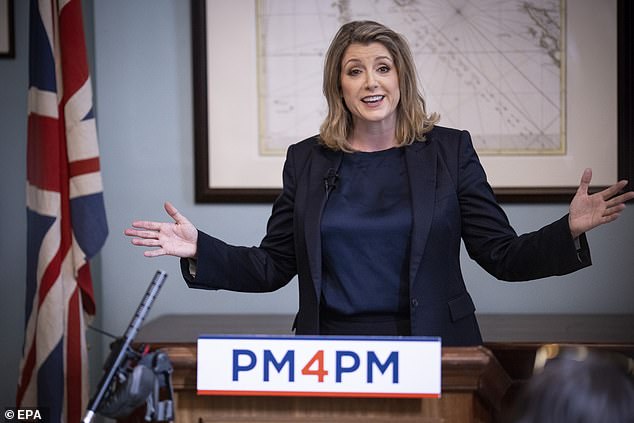 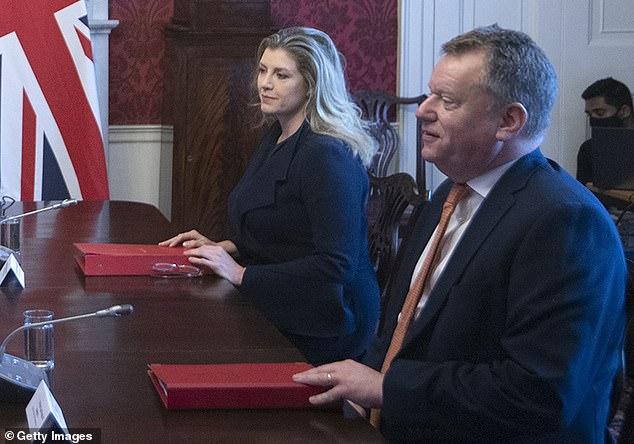 Penny Mordaunt pictured beside Lord Frost at the first meeting of the Partnership Council which oversees UK and EU implementation, application and interpretation of the trade agreement with the EU 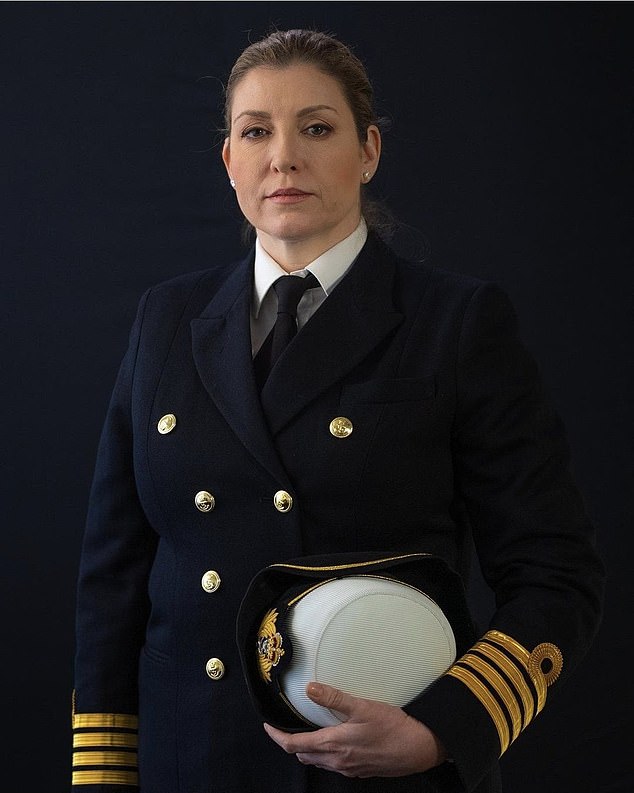 And former Conservative leader Sir Iain Duncan Smith warned that she had ‘risen without trace and there are a lot of questions to be asked’.

Miss Mordaunt came second in the voting yesterday, securing the support of 83 MPs, leaving her behind Rishi Sunak on 101, but ahead of the more experienced Miss Truss on 64.

In a sign of the momentum behind her campaign, Miss Mordaunt gained the most votes, putting on 16 from the day before, while Miss Truss was up 14 and Mr Sunak got an extra 13.

Penny Mordaunt’s support for a free Press was questioned last night after it emerged she had voted to restrict the industry.

Documents from 2012 from the Joint Committee on Privacy and Injunction, of which she was a member, show she supported Ofcom ruling on privacy breaches.

She also supported a new ‘statute of privacy’, and the belief that Parliament should ‘set out the balance between privacy and freedom of expression’. Even hard-line Labour MPs voted against this.

Newspapers are deeply concerned about political interference, which could jeopardise a free Press.

Miss Mordaunt, among favourites to win the Tory leadership race, supported the Leveson Inquiry in 2011, which recommended a new Press regulator backed by legislation.

Miss Mordaunt’s representative did not respond.

Mrs Braverman was eliminated after getting 27 votes and coming last.

The finely balanced contest sets the scene for an extraordinary weekend of horse trading and hostile briefings ahead of the next vote by MPs on Monday.

Votes will continue, with one candidate eliminated each time until only two remain.

Mrs Braverman last night made clear she would not support Miss Mordaunt, who she criticised on trans rights issues and warned was not an ‘authentic Brexiteer’.

She accused the leadership hopeful of failing to ‘stand up for women’ when she resisted using the words ‘woman’ or ‘mother’ in legislation allowing her to take maternity leave from her role as Attorney General.

Lord Frost launched a scathing attack on Miss Mordaunt, who was his deputy in Brexit talks with the EU.

In a television interview, Lord Frost said she lacked a grasp of the detail, was unwilling to deliver tough messages to Brussels, and that he had to ask Boris Johnson to replace her.

Asked about Miss Mordaunt’s chances, Lord Frost told Talk TV he was ‘surprised’ she was in the leadership race at all.

The Tory peer, formerly a close ally of Mr Johnson, said that during her time as his deputy she ‘wasn’t fully accountable, she wasn’t always visible. Sometimes I didn’t even know where she was’.

‘From the basis of what I saw, I’m afraid I would have grave reservations about that.’

Asked whether Brexit would be safe in Miss Mordaunt’s hands, Lord Frost said: ‘I would worry, on the basis of what I have seen, we wouldn’t necessarily get that from Penny.’

A source on Miss Mordaunt’s campaign last night insisted she had ‘nothing but respect for Lord Frost’.

But the source added: ‘Penny will always fight for Brexit and always has.’

Miss Truss did not endorse Lord Frost’s comments yesterday – but did not dispute them either, saying only that she would not be making any ‘disparaging remarks’.

‘On the day that we had the huge showdown at Chequers [in July 2018], the one that led to my resignation (and) effectively changed the history of the kingdom, she was the best performer.

When 20-odd Cabinet ministers were supporting Theresa May, she stepped in, bravely defended the Brexit cause and did, in my view, make the best arguments of the day.’