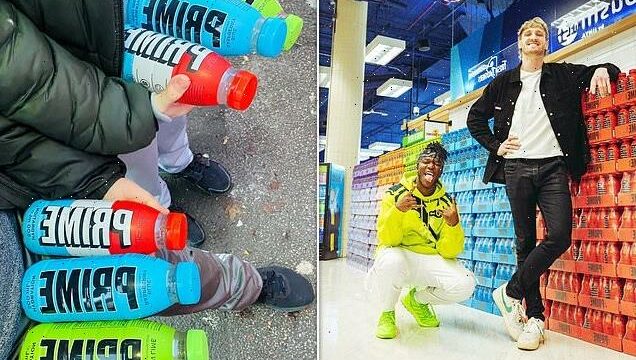 An abduction agency has warned UK parents that predators could be cashing in on the Prime energy drink sensation to lure kids into traps.

Since the exclusive drink created by YouTube superstars Logan Paul and KSI launched last year, demand for bottles of the viral drink has been astronomical.

As bottles sell out in shops in a matter of minutes and the price online skyrockets, Action Against Abduction warns a perfect dark web honeytrap has emerged, the Sun reported. 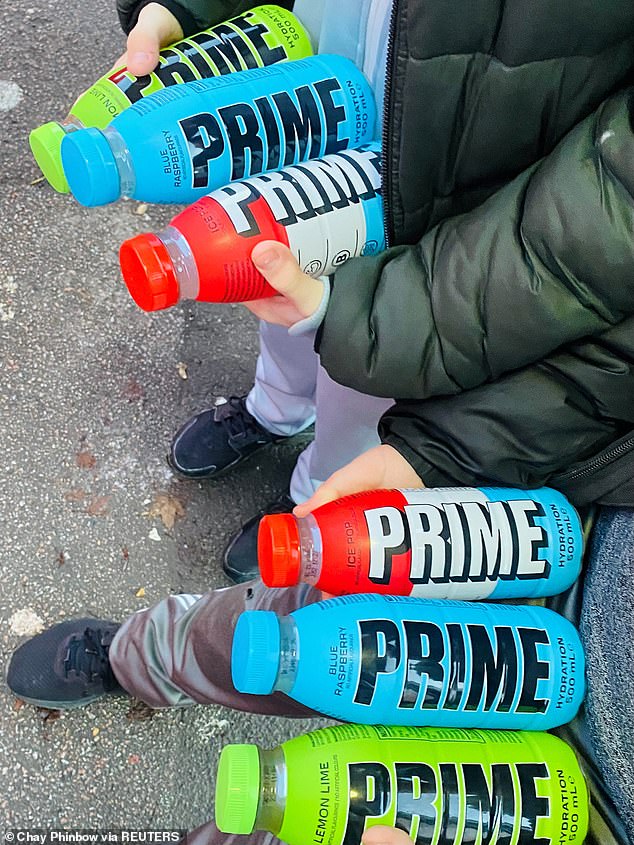 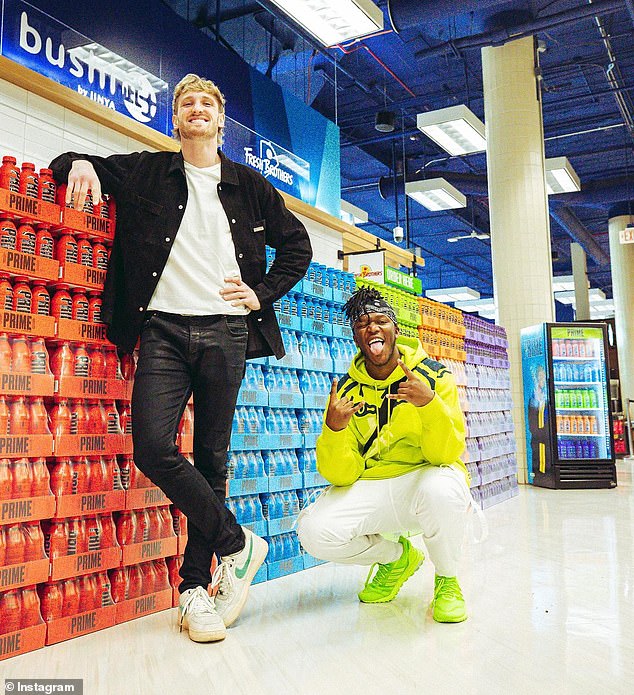 Prime, the new sports drink created by Youtubers Logan Paul (left) and KSI (right) has sent shoppers across the UK into a frenzy

Prime is a drink launched by influencer boxers Logan Paul and KSI has been marketed as a healthy alternative to many energy drinks.

The vast majority of each 500ml bottle is filtered water, mixed with 10 per cent coconut water.

Due to the two YouTuber’s worldwide popularity and legions of young impressionable fans, the drink has become a viral sensation.

In the UK, the drink is only sold in select locations including Asda, Aldi and Arsenal’s Emirates Stadium.

Bottles of the drink are known to sell out in stores in minutes and sell for many times their value online.

Chillingly, the analysis also showed that Google searches for meet ups where stock of Prime was on offer have risen by 789%.

Speaking to the Sun, Action Against Abduction’s Geoff Newiss explained that the internet had changed the nature of grooming.

He said: ‘Online forums have really changed the nature of these offences.

‘The important thing to remember is that simply warning children about strangers is probably not going to do the job.

‘Children go online to meet and connect with people, and the concept of a stranger quickly gets lost, particularly in the face of a powerful lure.

‘In the same way as outdoor safety, we suggest that parents use the Clever Never Goes rule.’

It teaches children how to stay safe from abduction whether they are outside or online.

Geonode spokeswoman and internet safety lead Sophie Chanel said: ‘Although we can’t be certain of the malicious intent, it’s worrying that adults are running these ‘schemes & competitions’ aimed vulnerable kids.

‘We need to as parents ensure our kids are not being manipulated on what we might think are harmless sites.’

Prime creators KSI and Logan Paul have nearly 50 million YouTube subscribers between them and are popular with younger audiences.

The pair have marked their new collaboration venture, Prime, as a healthy alternative to many energy drinks.

The drinks come in a range of flavours including Tropical Punch, Grape, Lemon Lime, Ice Pop and Blue Raspberry.

The vast majority of each 500ml bottle is filtered water, mixed with 10 per cent coconut water.

The latter is good source of minerals like potassium, magnesium, calcium and sodium important components of in heart, skeletal and muscle health.

Cans of traditional energy drinks can contain more than 80g of sugar and have as much caffeine as three cups of coffee.

In comparison, Prime only has 2g of sugar per bottle, about 7 per cent of an adult’s recommended intake. It instead gets its sweetness from a substances Sucralose and Acesulfame K. 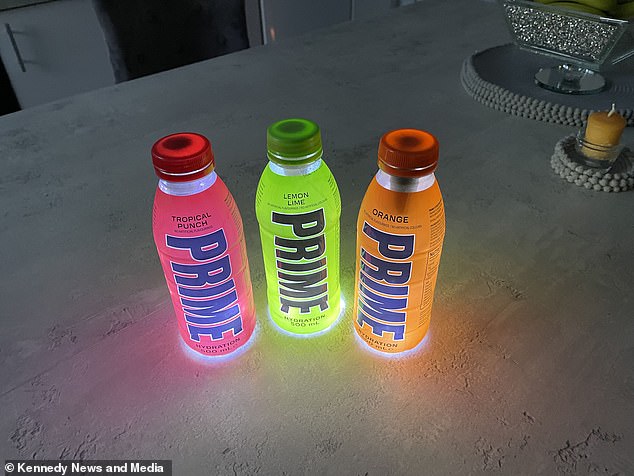 Dietitians remain skeptical of the nutritional benefits of the drink, however.

Duane Mellor, a registered dietitian and researcher at Aston Medical School in Birmingham, told MailOnline: ‘It seems to have a few more expensive ingredients than the average sports or energy drink in the form of branch chain amino acids.

‘These have been claimed to improve exercise performance, recovery and building muscle.

‘However, none of these claims have been accepted by regulators and should not be used when marketing products like this. It’s interesting that it uses a potassium salt as most sports products used sodium as that can help absorption of water, glucose and amino acids.