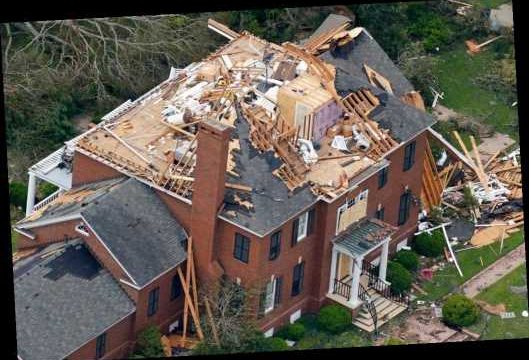 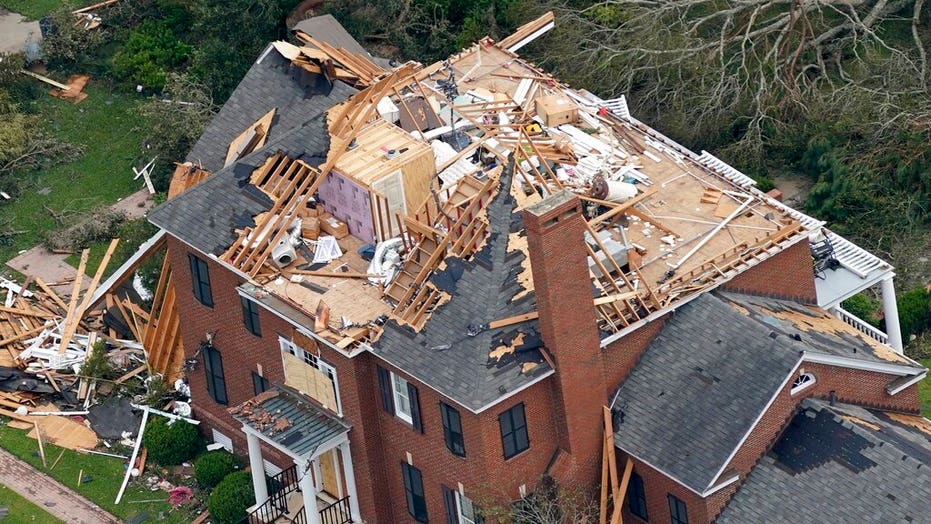 Hurricane Laura made landfall early Thursday in Cameron, Louisiana, as a dangerous Category 4 hurricane with sustained winds of 150 mph. Storm chaser Mark Sudduth describes the destruction left in its wake, and the ongoing threat the storm still poses to other parts of the country.

As Laura, now weakened to a tropical storm, heads northeast from where it made landfall early Thursday, authorities are evaluating the damage left in its wake.

Storm surges that rushed into parts of southwest Louisiana were smaller than expected, but the brunt of Hurricane Laura was its overwhelming winds.

Laura came ashore as a Category 4 hurricane with winds of 150 mph before moving inland and weakening to a tropical storm with maximum sustained winds of 50 mph as of Thursday afternoon.

At 5 p.m. ET, the storm was about 80 miles northeast of Shreveport, La., howling toward the Ohio and Tennessee valleys, at about 15 mph, according to the National Weather Service.

Flooding, heavy rains and tropical storm-strength winds began buffeting parts of Arkansas. Tropical storm warnings were in effect in northern Louisiana, southern Arkansas and the western edge of Mississippi. Tornadoes were possible from central and eastern Arkansas into Mississippi through Thursday evening, according to the weather service.

Heavy damage has been reported in coastal Louisiana – where the storm surge, flash flooding and extreme winds battered Lake Charles and other communities. The surge came in between 9 and 12 feet, according to the governor – far less than the predicted 20 feet that forecasters warned would be “unsurvivable.”

Flooding remained a risk, with some areas still expected to have up to 18 inches in rainfall by Friday.

At least four people in the state were killed by trees blown down in the storm, according to Louisiana Gov. John Bel Edwards, in Jackson, Vernon and Acadia parishes. He warned that the death toll could rise as rescuers dig through the rubble.

Buildings across the region were torn apart, too.

Videos show windows blowing out of the Capitol One Tower in Lake Charles, La., and a riverboat casino drifted under the Lake Charles Bridge and Interstate 10 where it became stuck. Winds also tore the roof off another casino.

A boat storage facility lost the rooftops of its garages and many doors. The storm flattened an airplane hangar, although an aircraft appeared to be in one piece beneath the open roof. 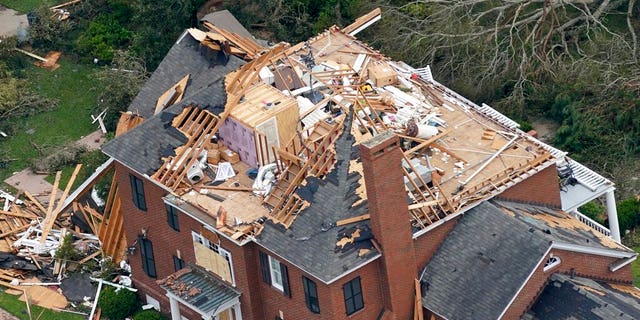 A home is damaged Aug. 27, after Hurricane Laura went through the area near Lake Charles, La. (AP Photo/David J. Phillip)

In Sulphur, La., a tractor-trailer overturned on the shoulder of a road was photographed after Laura passed through.

The storm also left an impression in Texas.

High waves dumped rocks on Highway 87 there, according to KHOU reporter Michelle Choi who shared a video of the scene on Twitter.

And photos show flooding in areas like Galveston and uprooted trees and downed power lines in Sabine Pass, Orange and elsewhere. Road crews were out in force Thursday clearing everything “from highways to country roads,” according to the state Department of Transportation. 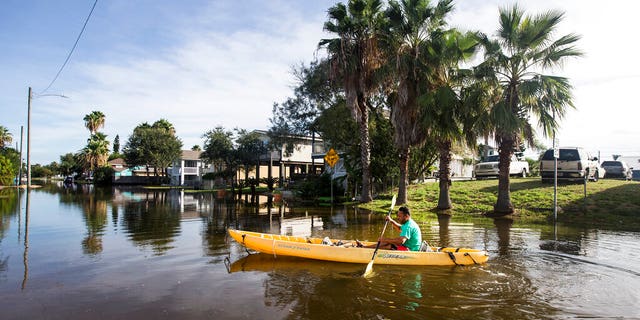 Interstate 10 reopened in Texas, but remained closed at the Louisiana state line as of Thursday evening, according to authorities.

Almost a million outages were reported in the storm’s wake, according to PowerOutage.us, which tracks blackouts across the country – nearly 600,000 in Louisiana, almost 250,000 in Texas, more than 50,000 in Arkansas and just over 10,000 in Mississippi. 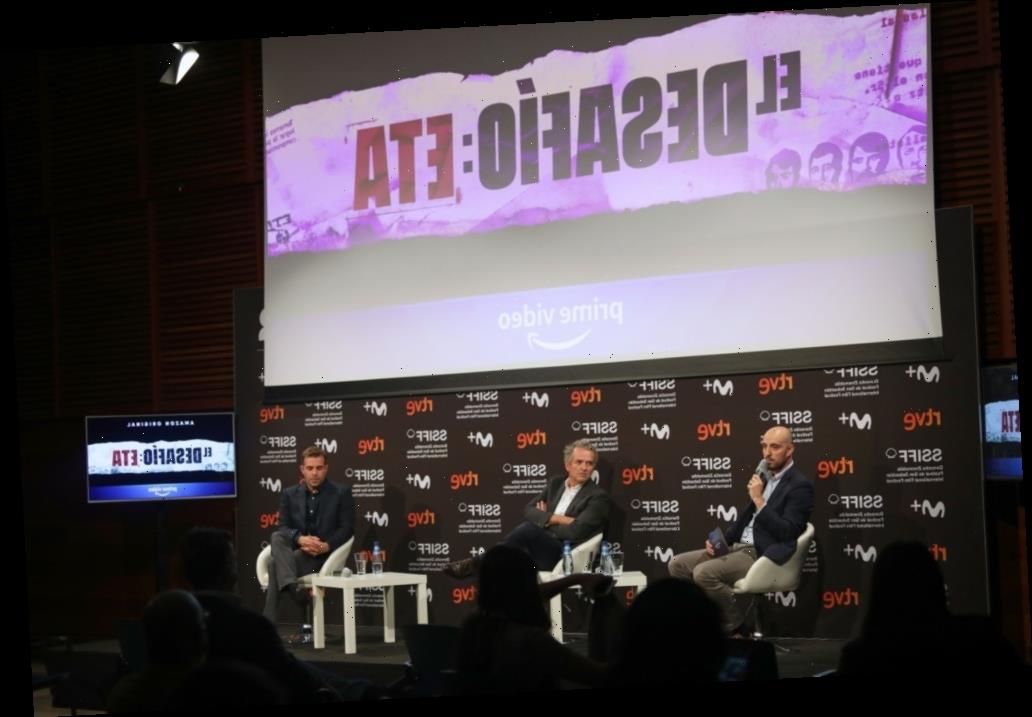