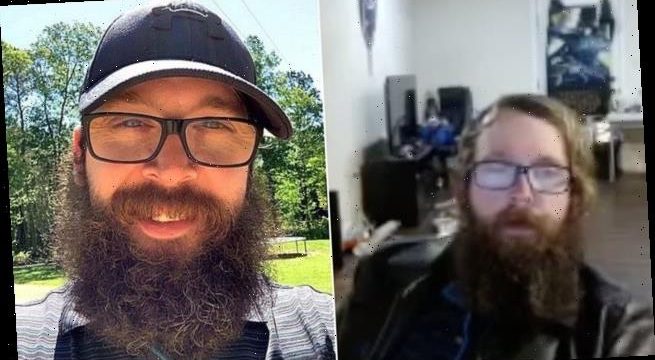 ‘Someone in your life needs to hear they matter’: Heartbreaking last post of Iraq War veteran who shot himself dead on Facebook Live

Just before he took to Facebook Live last month to livestream his suicide to the world, an Iraq War veteran posted a haunting final message urging people to tell others they matter and are loved.

Ronnie McNutt, 33, broadcast on Facebook shooting himself in the head at his home in Mississippi on August 31. Since then, graphic video of his suicide has been spreading on TikTok, prompting horrified users to criticize the app for not doing enough to remove it from the platform.

Shortly before taking his own life, McNutt took to Facebook, sharing a meme consisting of a stark monochromatic photo of a man standing in a desolate landscape, with a message superimposed over the image that read: ‘Someone in your life needs to hear that they matter. That they are loved. That they have a future. Be the one to tell them.’ 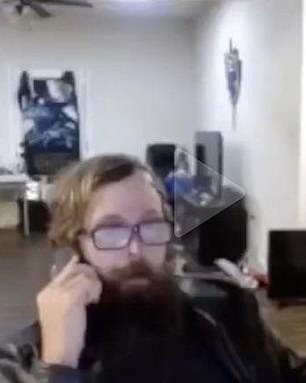 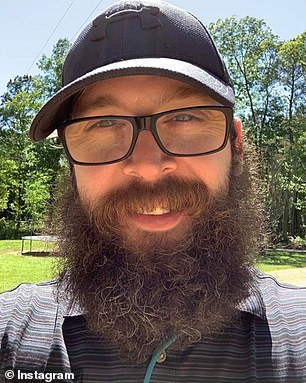 Ronnie McNutt, 33, an Iraq War veteran, broadcast his shooting himself in the head over Facebook on August 31 (pictured: speaking on the phone during his broadcast, left, and in an Instagram post, right) 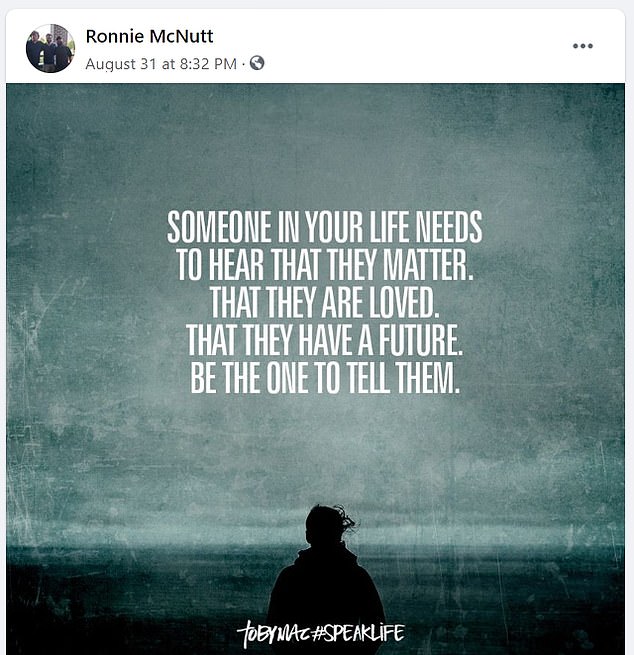 Shortly before his death, McNutt shared this haunting image on Facebook

Less than an hour earlier, McNutt wrote in a status update: ‘Sometimes life just takes turns that you don’t expect. But, at the end of the day you have to accept God’s sovereignty as what it is, and learn from the place that you are at.’

A look through McNutt’s recent social media activity reveals that he often posted messages and memes about faith and shared videos of Sunday morning church services.

Two weeks before his suicide, McNutt marked the 69th birthday of his father who passed away two years earlier, writing in part: ‘He was a powerhouse of a man. And I miss him every day. Our family just isn’t complete without him.’

On July 5, McNutt shared a suicide prevention post that included an image of a handwritten note that read: ‘If suicide ever crosses your mind, just know that I would rather listen to your story than attend your funeral.’ 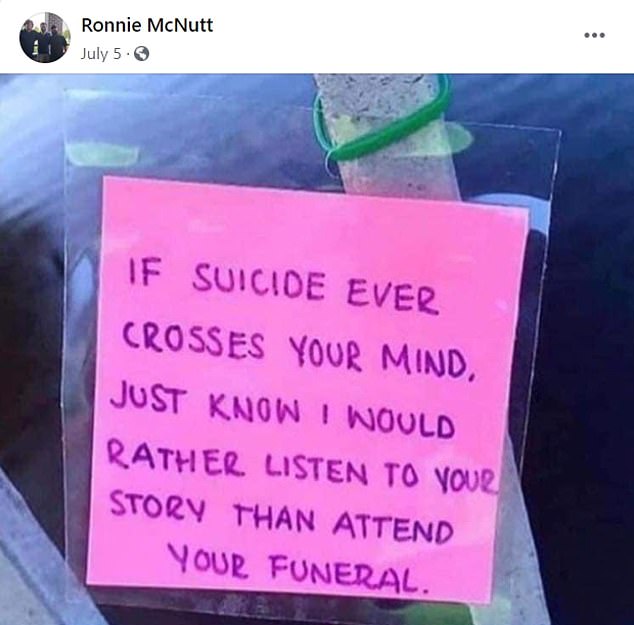 McNutt, who worked for Toyota in Blue Spring, New Albany, had recently broken up with his girlfriend and also suffered from post traumatic stress disorder, a friend said.

Josh Steen, who co-hosted a podcast with McNutt, told Heavy: ‘He didn’t seem to be the same guy that left for Iraq once he exited the service. I spent many a late night in our studio, via text message, and in person talking with him about life and his struggles.

‘Mental health issues are very, very real, and I honestly think that there are a lot of people who struggle with all areas of mental illness who let it go untreated. Or treat it with other things, it seems.’

Steen added that he’d been alerted to the video when it was being broadcast and had attempted to call McNutt several times.

Steen said that he did not believe that McNutt had set out to kill himself but that he was ‘incredibly drunk, and that plus his recent relationship issues led to the end result.’

Steen told Heavy: ‘I tried multiple times to call him, from my cell phone and our phone at the theater; both numbers he would easily recognize. I watched him pick his phone up, think for a second, and then decline my calls.

‘I really thought that if I could just get him to break his focus for just a second it would be alright.’

The harrowing footage of McNutt’s suicide has since been posted on TikTok and has been viewed so many times that some users said it appeared on the app’s ‘For You’ homepage.

TikTok says they are banning anyone who is sharing the video which has been described by users as ‘extremely gory and terrifying.’

But users have slammed Tiktok, and some have claimed people have been editing the videos to include shots of cats to trick viewers into watching. 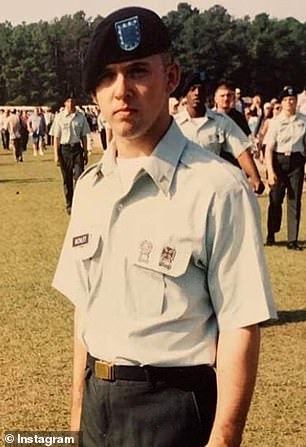 McNutt was an Iraq War veteran who worked for Toyota in Blue Spring, New Albany

‘TikTok is one messed up app,’ Twitter user Elise wrote. ‘People are posting the video of Ronnie Mcnutt, a guy who committed suicide on Facebook Live. My thoughts are with his family.’

Another tweeted: ‘I was just scrolling through TikTok and a video of someone committing suicide was on my For You page. How are videos like that allowed. I’m so just idk [I don’t know] disgusted and sad and just freaked out.’

Friends of McNutt spoke of their sorrow last week after the Mississippian streamed his tragic death.

One wrote online: ‘Please say a prayer right now for the family of Ronnie McNutt. He just killed himself live on Facebook and I cannot unsee this.

Since then the social media sites have been trying to take the footage down as those who have witnessed it urge others to avoid TikTok.

One wrote on Twitter: ‘If you see this guy on your For You page, please scroll up immediately.

‘It’s very gruesome and I highly suggest you stay away from TikTok for a while.’

Others are posting screenshot of the video’s beginning to make people aware of what clips to avoid.

A TikTok spokesman said: ‘On Sunday night, clips of a suicide that had been livestreamed on Facebook circulated on other platforms, including TikTok.

‘Our systems have been automatically detecting and flagging these clips for violating our policies against content that displays, praises, glorifies, or promotes suicide. 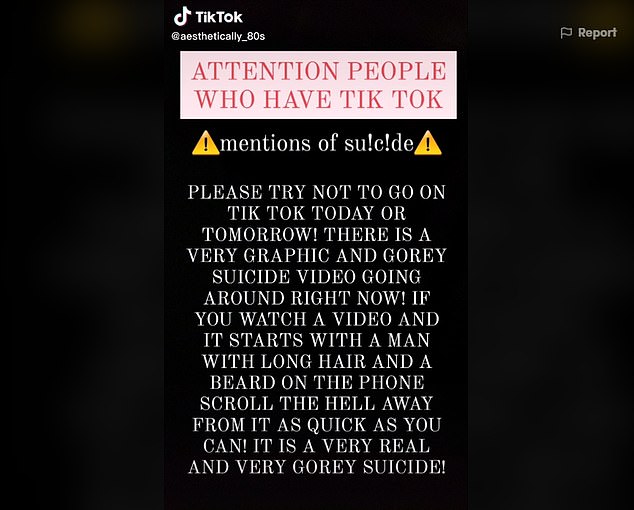 ‘We are banning accounts that repeatedly try to upload clips, and we appreciate our community members who’ve reported content and warned others against watching, engaging, or sharing such videos on any platform out of respect for the person and their family.

‘If anyone in our community is struggling with thoughts of suicide or concerned about someone who is, we encourage them to seek support, and we provide access to hotlines directly from our app and in our Safety Centre.’

Facebook said in a statement: ‘We removed the original video from Facebook last month on the day it was streamed and have used automation technology to remove copies and uploads since that time. Our thoughts remain with Ronnie’s family and friends during this difficult time.’ 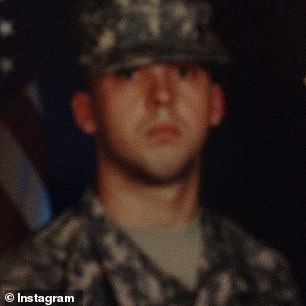 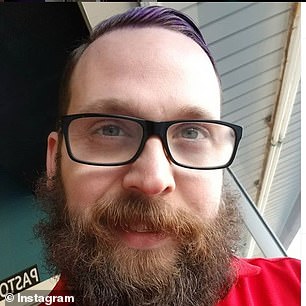 McNutt was described as ‘very caring, committed, loyal, dependable, and eccentric,’ by his church (pictured: in his Army days, left, and a more recent photo, right)

McNutt was a member of the Celebration Church Tupelo and they confirmed his death on September 1.

‘In the midst of a sudden tragedy that occurred last night, we grieve with the McNutt Family during this time because passing of our brother in Christ, Ronnie McNutt,’ the church said on Facebook.

‘Ronnie will be missed by all who loved and knew him.

‘He was very caring, committed, loyal, dependable, and eccentric. He served his church faithfully and was loved by many.

‘Although events surrounding his death were tragic, we take comfort in our Creator, believing that because of Ronnie’s confession and conversion as a believer in Christ Jesus, he is currently before our loving Father.’

TikTok, whose China-based owner Bytedance has been ordered by President Donald Trump to sell its U.S. operations, has been criticised for its content moderation policy in the past, especially on circulation of graphic content.

The company rolled out a new content moderation infrastructure in December under which it labeled the videos that were removed by the company with the policy category they violated, it said in its transparency report published in July.

For confidential support in the US call the National Suicide Prevention Line on 1-800-273-8255.

For confidential support in the US call the Samaritans on 116123 or visit a local Samaritans branch, see www.samaritans.org for details.