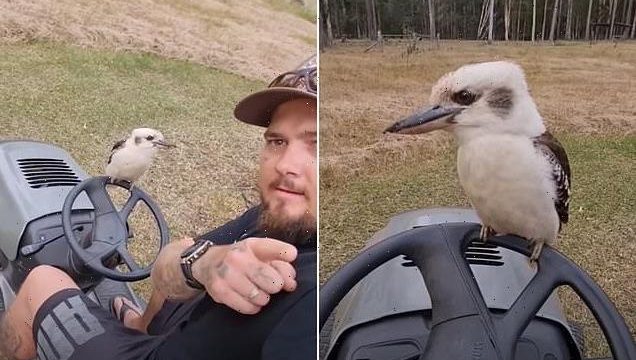 The moment a very tame kookaburra perched himself on steering wheel of a ride-on lawnmower and refused to budge has been captured on video.

Young father Jarrod Roberts was out doing some yard work in Queensland when the native Australian bird decided to take a closer look.

‘Got some help mowing the lawns,’ Mr Roberts says as he holds the camera inches away from the brave bird. 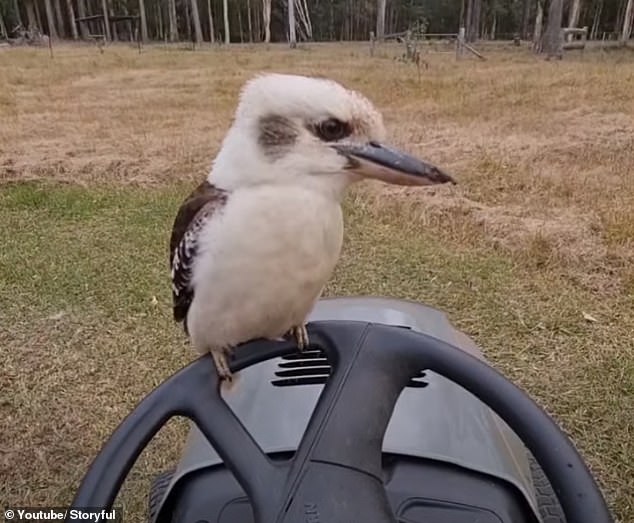 He tells the bird to look at the camera but instead he appears to eye Mr Roberts beard.

People viewing the video online were impressed by the close-up encounter with the Australian icon.

‘Start feeding him and he’ll bring the rest of the clan there,’ another said.

‘Watch out they have sharp beaks,’ added a third.

The kookaburra is native to Australia and New Guinea.

The ‘laughing kookaburra’ sub-species is found along Australia’s east coast and is known for its distinctive bird call which resembles a laugh.

Though they are classified as kingfishers they are not generally associated with habitats near water unlike other kingfishers – preferring dry eucalyptus forests, backyards, and even city parks. 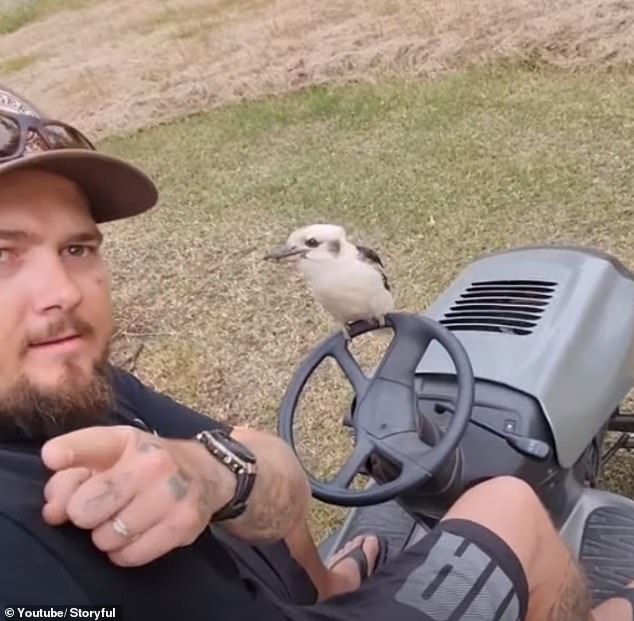