Knife crime is up by more than half in the three years since Mr Khan took power in the capital. 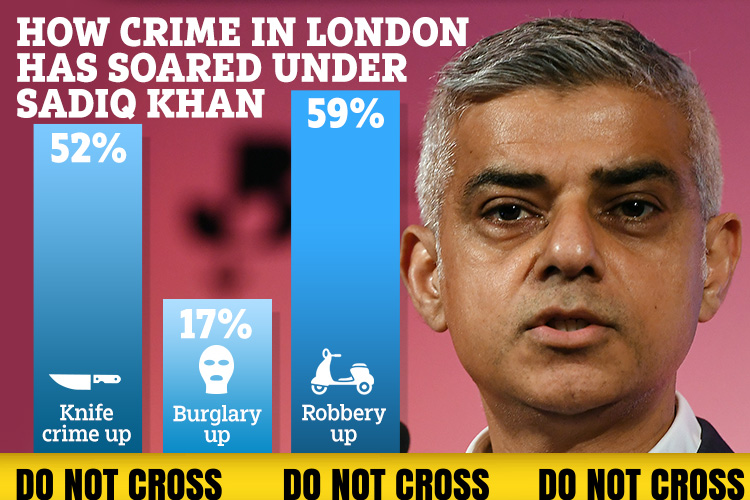 The Mayor is accused of "complacency, incompetence and shirking responsibility" in the face of the city's crime wave.

The figures emerged in a report compiled by Gareth Bacon, leader of the Tories in the London Assembly, to mark the third anniversary of Mr Khan being elected.

Knife crime has increased by 52 per cent, burglary by 17 per cent and robbery by 59 per cent.

Last year there were 135 homicides – a 24 per cent increase since 2016 and the highest number for more than a decade.

The Mayor is accused of failing to take responsibility and blaming other factors such as drill music and middle-class dinner parties for the crime wave instead.

Sadiq Khan continues to adopt a ‘not me guv’ attitude

Mr Bacon said: "Instead of demonstrating leadership on this issue, Sadiq Khan continues to adopt a ‘not me guv’ attitude."

The report called "Cost of Khan 3" also hits out at the Mayor for breaking campaign promises on a range of issues.

He also shelved pledges to reduce the cost of bus travel, set up his own energy company and end strike action.

Shaun Bailey, the Mayor's Conservative challenger, said: "Londoners should judge their Mayor on his record, not his rhetoric."

Mr Bacon added: "After three years of complacency, incompetence and shirking responsibility, it is clear that Sadiq Khan is squandering his opportunity to deliver the positive change which Londoners are crying out for."

Mr Khan defended his record and blamed Government cuts for the rise in crime in London.

A spokesman said: "Knife and violent crime is slowing in the capital, but Sadiq is absolutely clear that it remains unacceptably high – across the country – as a direct consequence of the crippling cuts the Government has made to the police and preventative services since 2010.

"Ministers have cut £1billion from the police budget, reducing police officers to below 30,000 for the first time since 2003." 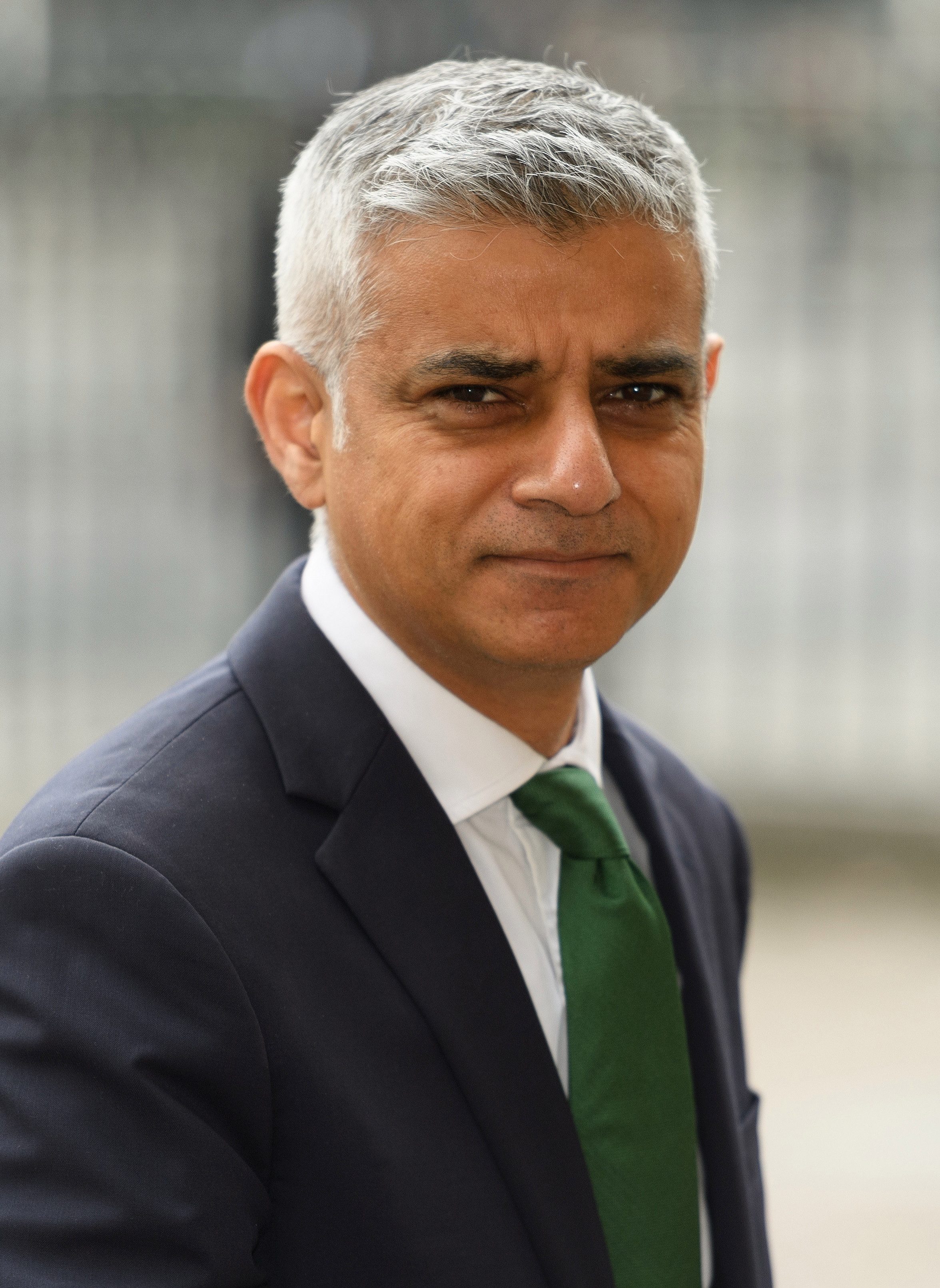 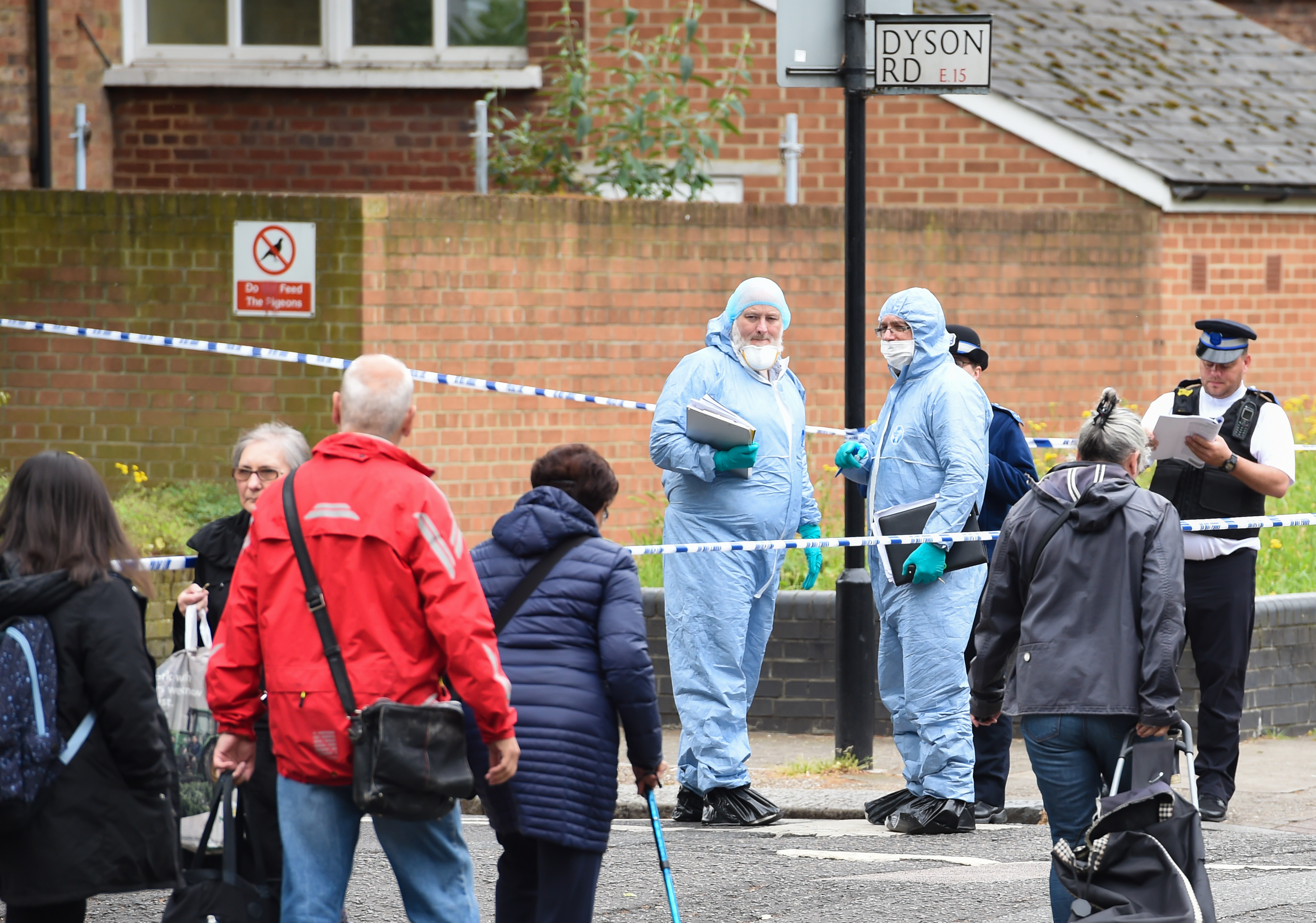