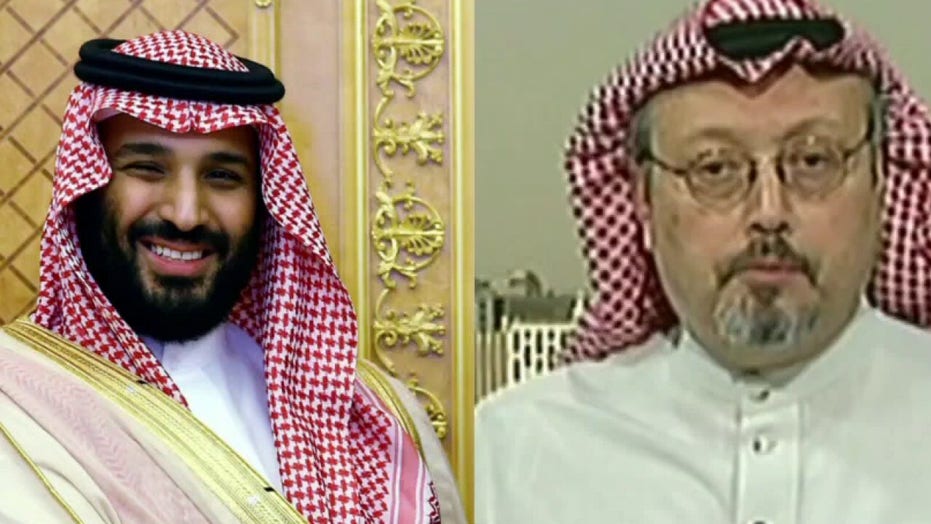 Khashoggi, a U.S. resident who wrote critically of the crown prince in columns for the Washington Post, was killed during a meeting with Saudi agents in Turkey to pick up documents that would allow him to marry his fiancée. The team, which consisted of individuals who worked directly for the crown prince’s office, allegedly killed and dismembered Khashoggi inside the consulate. His body has not been found.

“It is essential that the crown prince … should be punished without delay,” Hatice Cengiz said on Twitter. “If the crown prince is not punished, it will forever signal that the main culprit can get away with murder which will endanger us all and be a stain on our humanity.”

While intelligence agencies generally believed the crown prince was responsible for ordering the killing, the allegation was not official until the Biden administration published a declassified report Friday last week.

Turkey apparently had the Saudi Consulate bugged and shared audio of the killing with the CIA, among others.

“We base this assessment on the crown prince’s control of decisionmaking in the Kingdom, the direct involvement of a key adviser and members of Mohammed bin Salman’s protective detail in the operation, and the crown prince’s support for using violent measures to silence dissidents abroad, including Khashoggi,” the report from the U.S. Office of the Director of National Intelligence (DNI) said.

Crown Prince Mohammed, who is effectively the kingdom’s ruler, has denied any role in the murder, and Saudi Arabia has rejected the report.

The Biden administration took further action by banning visas for some Saudis believed to be involved in Khashoggi’s killing and placing sanctions on others, according to Reuters.

“Starting with the Biden administration, it is vital for all world leaders to ask themselves if they are prepared to shake hands with a person whose culpability as a murderer has been proven,” Cengiz said.