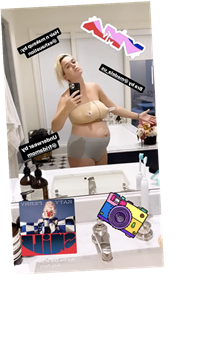 Days after announcing the birth of her first baby, Katy Perry is taking to social media to give fans a candid look at her early moments of motherhood while missing out on the 2020 MTV Video Music Awards.

The 35-year-old announced the birth of her first child with fiancé Orlando Bloom on Wednesday with a sweet photo of the two parents holding the hand of their daughter, who they named Daisy Dove Bloom. On Sunday, Perry is already sharing the reality of being a new mom and crediting her look to exhaustion. 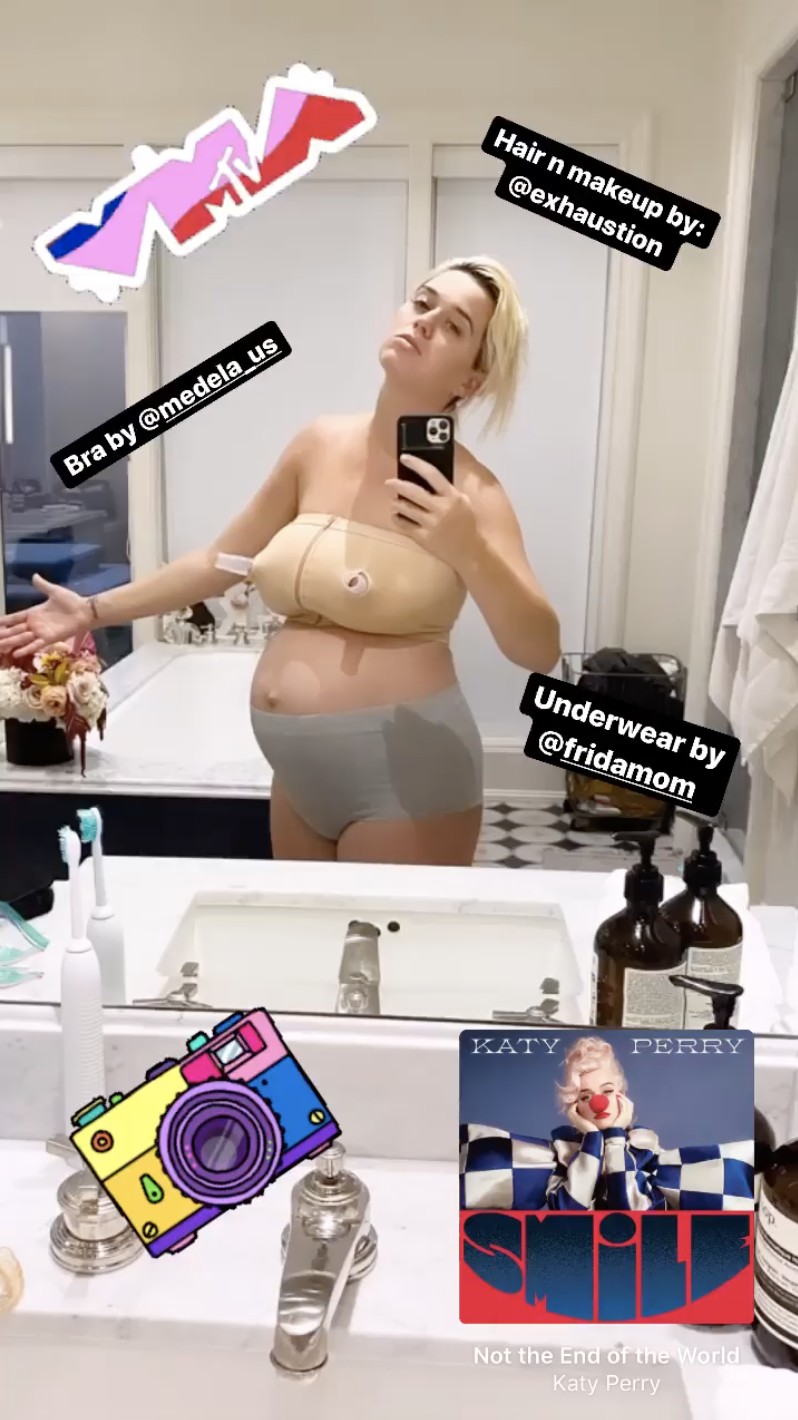 Perry posed for the mirror selfie while outfitted in a nursing bra and maternity underwear while her song “Not the End of the World” from her new album Smile played. She posted a sticker in tribute to the VMAs, an award show she would usually be attending in a designer look.

Despite noting how tired she is in the Instagram story, Perry hasn’t had much of a break since giving birth as her latest album was released just two days later.

“Me after feeding all day handing Daisy off to daddy bout to deliver this 2nd child,” she joked on Instagram the day between Daisy’s birth and the album’s release.