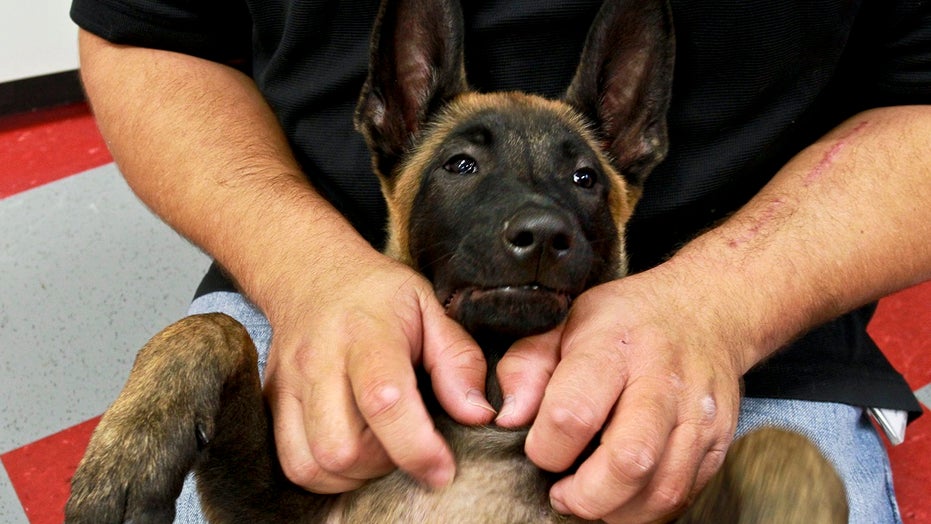 A disturbed “Karen” tossed a helpless puppy at a Black man — who then apparently adopted the battered dog, video shows.

The bizarre footage, posted Friday to Instagram, shows an unidentified white woman arguing with a Black man in the middle of a California intersection while she’s holding a Belgian Malinois puppy.

“What’d you just say?” the man asks the woman.

“I said you’re Black,” she replies.

“So what?” the man shoots back.

“Exactly,” she replies before spitting into the street, video shows.

“So what if I’m (expletive) white,” the woman replies while walking toward the man.

“I didn’t say nothing about race, you racist (expletive)!” the man fires back. “You’re the one bringing up (expletive) race.”

Following more puzzling back-and-forth, the woman appears to kick the man in the shin before he turns his attention to the puppy she is cradling.

The man asks the woman if the pooch is hers, prompting her to unexpectedly throw the clearly distressed animal at him, video shows.

“What the (expletive)” the man says while petting the yelping puppy at his feet. “Come here.”

He then turns his ire back toward the unidentified woman.

The woman then claims she has a “mental health record” while accusing the man of stealing the animal. The pooch, meanwhile, later appeared on the man’s Instagram feed in good spirits with a fresh name: Movie.

The original video showing the woman’s meltdown had garnered more than 2.3 million views as of Monday.