JULIUS Jones, a prisoner who has been on death row in Oklahoma for 19 years after being convicted of a 1999 murder he claims he had no part in, is due to be executed on Thursday.

Jones, now 41, was sentenced to death in 2002 for the shooting of 45-year-old Oklahoma City businessman Paul Howell during a carjacking in the wealthy suburb of Edmond. 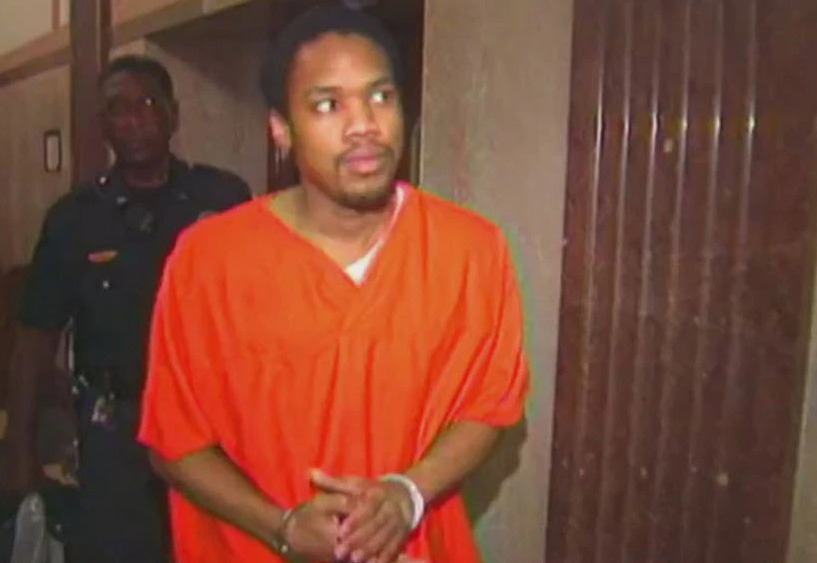 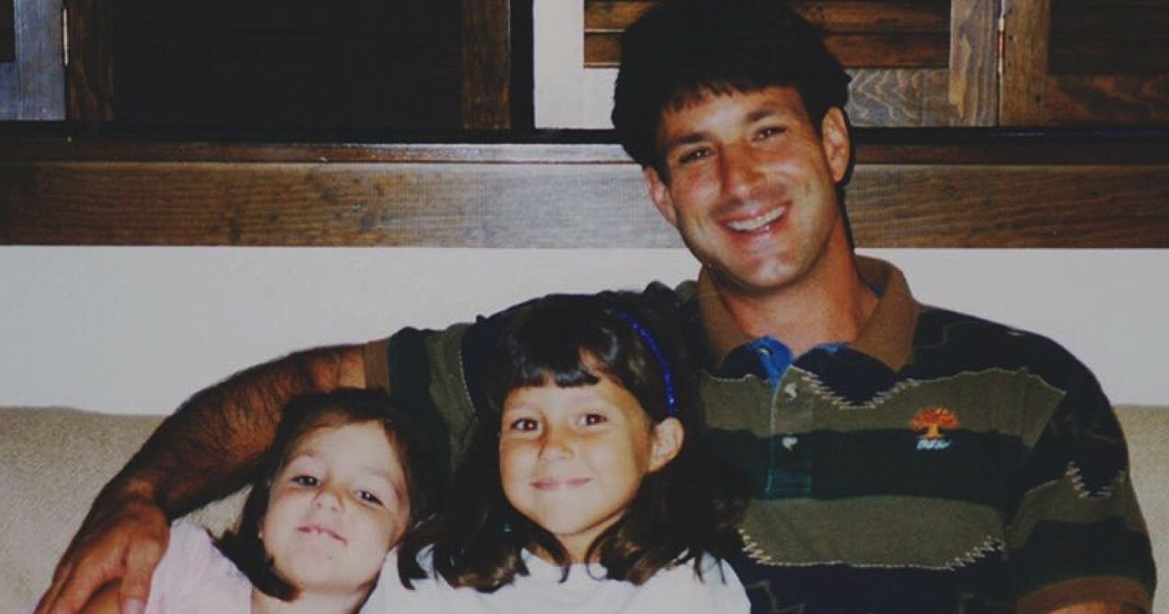 Prosecutors said that Howell was returning home from getting ice cream with his daughters at the time he was killed. One of his daughters, Megan Tobey, was the only eye-witness to speak in court.

Jones, meanwhile, has long maintained his innocence, claiming to have been eating dinner with his family when the fatal shots rang out.

Last week, the state's Pardon and Parole Board recommended Gov. Kevin Stitt grant Jones clemency in a 3-1 vote and commute his sentence to life in prison with the possibility of parole.

Stitt now has less than 24 hours to make a decision on the recommendation. Otherwise, Jones will be executed on Thursday as scheduled.

Despite his protestations, state and county prosecutors have maintained that the evidence against Jones is overwhelming.

A 19-year-old student at the University of Oklahoma at the time, Jones was on the verge of gaining a basketball scholarship when he was arrested and charged with Howell's murder in August 1999.

Transcript from Jones' 2002 trial show witnesses identified Jones as the shooter and placed him with Howell’s stolen vehicle.

Investigators also found the murder weapon and a bandanna with Jones’ DNA in an attic space above his bedroom.

In the wake of the shooting, Megan Tobey could only offer police a vague description of the gunman, describing him as a "young black man wearing a red bandana, a white shirt, and a stocking cap or skullcap."

Crucially, the girl wasn't able to identify the shooter's face because it was covered.

Jones became a suspect in the murder two days after Howell's death when the slain businessman's stolen GMC Suburban was found parked outside of a grocery store.

Investigators soon learned that a man named Ladell King had been trying to sell the car. He told officers that he had been asked by Jones and a second man, Chris Jordan, to offload the stolen vehicle. 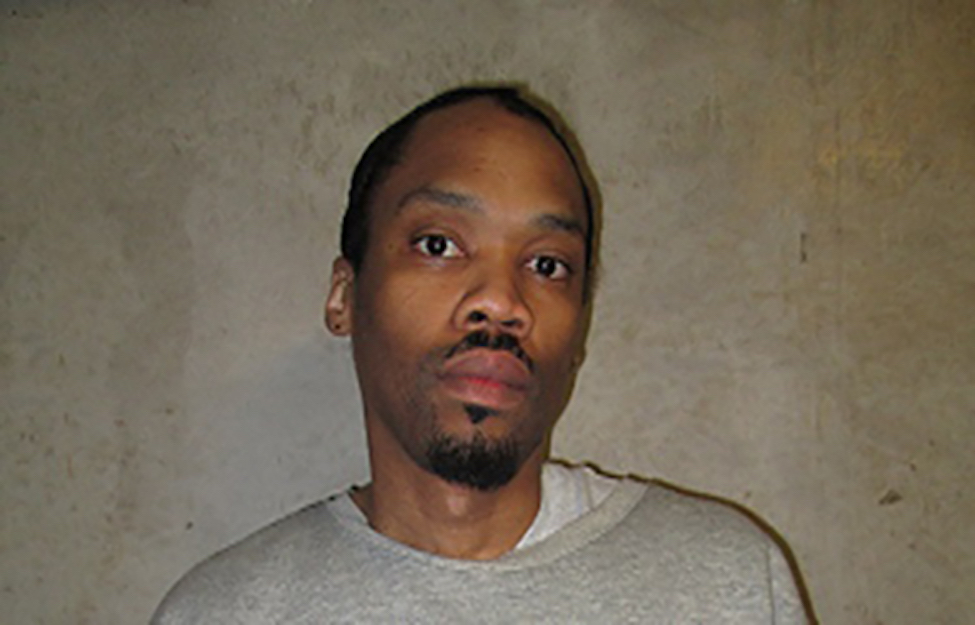 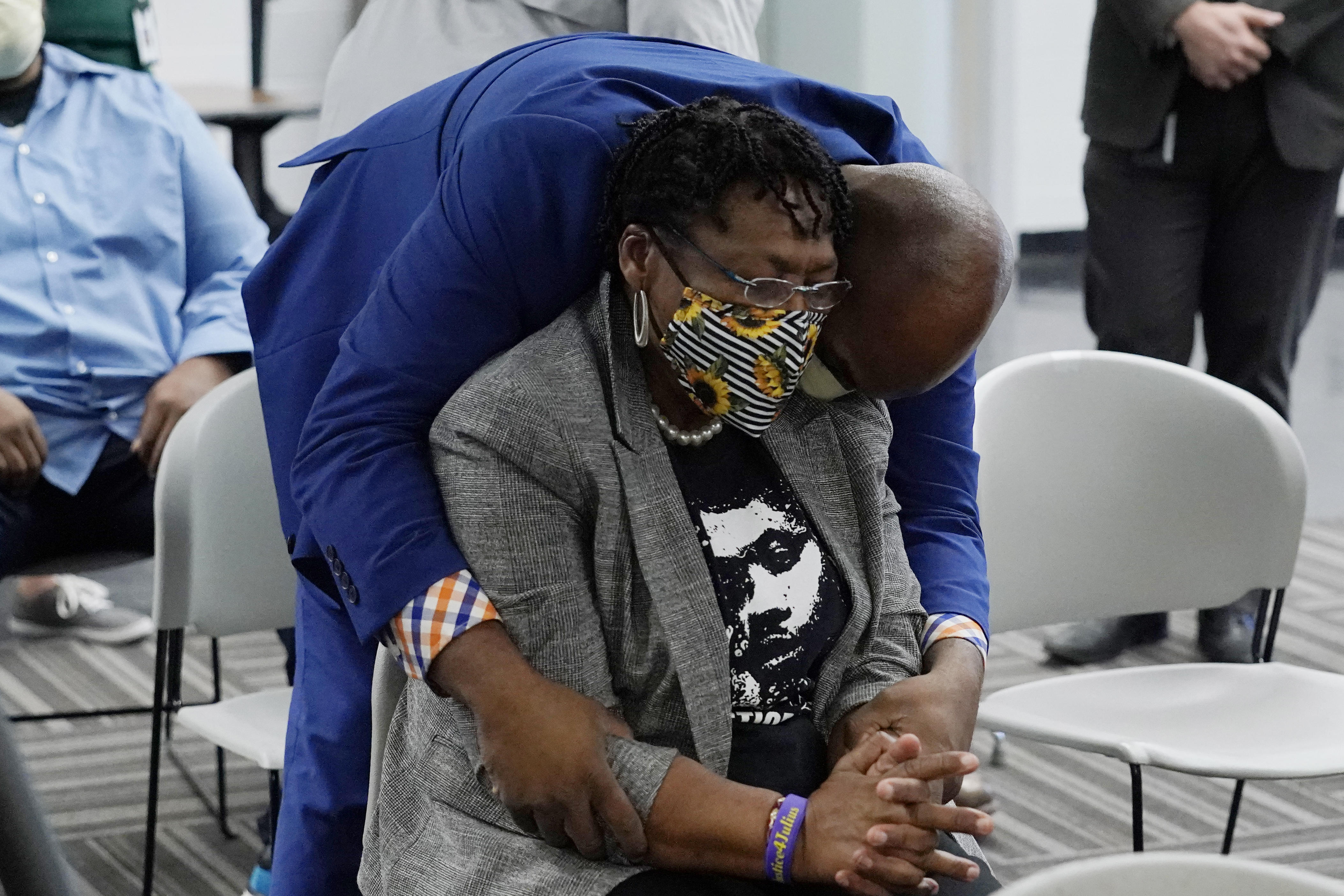 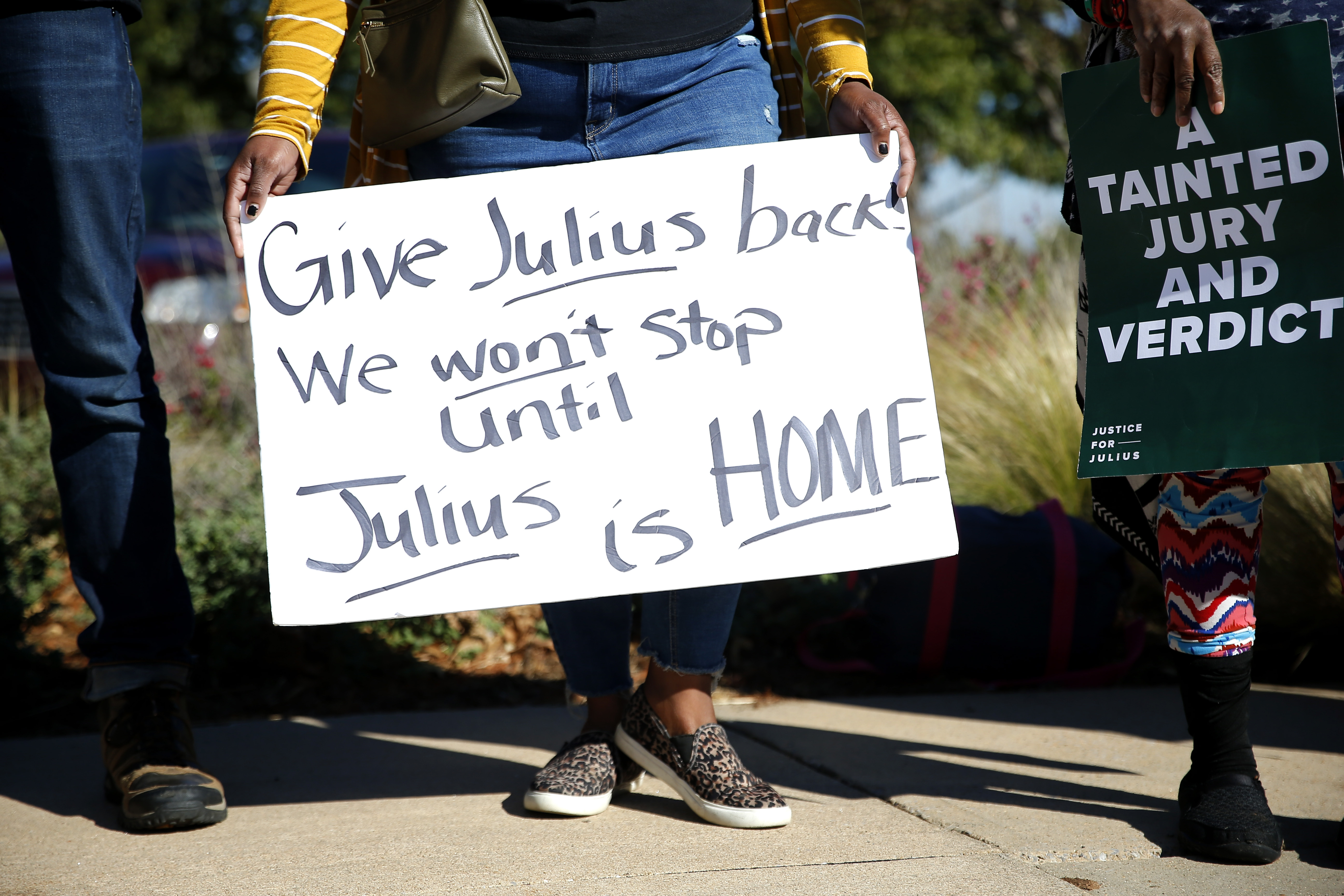 King accused Jordan of being the driver and claimed that he and Jones were looking for Suburbans to steal, but it was Jones who shot Howell.

Both King and Jordan directed the police's attention towards the home of Jones where they found a gun wrapped in a red bandana. The following day he was charged with capital murder.

Jordan later testified against Jones at trial as the prosecution's star witness. He took a plea deal, claiming to have only been a "getaway driver", and served 15 years in prison. He's now free.

But Jones has maintained his innocence over the last two decades, contesting that he was framed by Jordan.

According to Jones' attorneys, he was at home having dinner with his parents and sister at the time of the murder, some 20 miles away from where Howell was killed in Edmond.

However, they claim his legal team at the time failed to present his alibi at his original trial.

His trial attorneys also didn't call Jones to the stand, they say.

Jones' lawyers have also contested that he didn't match the description of the gunman, which was provided by only one eye-witness.

In Megan Tobey's account of events, she described the gunman as having 1-2 inches of hair but Jones had a completely shaved head.

They claim, however, that while Jones did not match the description Christopher Jordan did.

Furthermore, while in prison, Jones' attorneys point to taped interviews who had served time in prison with Jordan, claiming he confessed to Howell's murder.

In sworn affidavits, each of the inmates said separately that Jordan told each of them that he committed the murder and framed Jones.

None of the three inmates who came forward were offered sentence reductions or any other incentives in exchange for disclosing the information.

Jones' attorneys say the evidence they found at their client's home – the gun wrapped in a bandana – may have been planted by Jordan. They say Jordan had stayed at Jones' house the night after Howell's murder, but Jordan denied those claims during the trial.

"Chris Jordan maintains his position that his role in the death of Paul Howell was as an accomplice to Julius Jones," the statement read.

"Mr. Jordan testified truthfully in the jury trial of Mr. Jones and denies 'confessing' to anyone."

In the years since his conviction, Jones' attorneys have also attempted to argue that racial bias played a part in what they perceive to be his wrongful conviction.

His lawyers say that Howell's murder, which took place in a predominantly white neighborhood, was immediately characterized by then-District Attorney Bob Macy as an act of violence committed by black men and fueled by drugs.

Macy's narrative was further perpetuated in subsequent media coverage of the murder, they say.

In a shocking allegation, Jones was allegedly called the N-word by the officer who arrested him. They claim he dared Jones to run and implied he would shoot him if he did.

Eleven out of the 12 jurors during his trial were white, they further state, and one juror allegedly also referred to Jones by the N-word, suggesting he should be "taken out behind the courthouse and shot." 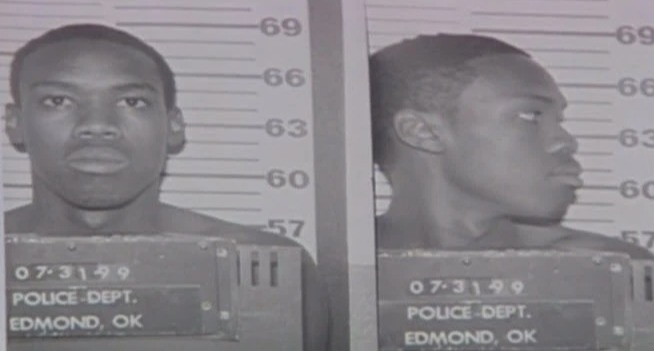 They further charge that one-third of District Attorney Macy’s death penalty convictions have been overturned due to prosecutorial misconduct. Many of those whose convictions were vacated are Black people.

Amanda Bass, one of Jones' attorneys, told ABC: "We think Julius was wrongfully convicted and that Oklahoma is at risk of executing an innocent man."

His sister, Antoinette Jones, also spoke to the network, revealing that his brother was calm when he heard the parole board's recommendation, as he recognized that a lot of things still needed to happen to secure his freedom.

"He said, 'I'm good. I'll be even better when I get out and I can hug y'all and we can start helping change the world,'" Antoinette Jones said. "It was a relief. I could breathe a little bit easier."

Antoinette said she's hopeful that he will be freed, and said she can picture justice for her brother.

Jones' case received renewed attention a few years ago when it was profiled in The Last Defense, a three-episode documentary produced by actress Viola Davis in 2018.

Since then, a host of celebrities have come out in support of Jones, urging officials to commute his sentence.

Among his supporters are NBA stars Trae Young and Blake Griffin, in addition to reality star Kim Kardashian, who is studying for the California bar.

“This is the cold machinery of the Death Penalty in America,” said in a thread of tweets earlier this week. "My heart breaks for Julius and so many others who have suffered from such tragic miscarriage of justice.”

Almost 6.5 million people have also signed a petition supporting Jones in his fight to prove his innocence.

As of Wednesday, Stitt has still not yet publicly announced a decision on Jones' clemency.

In the meantime, Howell's family says they're determined to prove Jones is guilty of their dad's murder, regardless of the celebrity tweets about the case.

"I remember pulling into the driveway and watching [Jones] walk up to the car. I mean, he was right there," Rachel, who was nine at the time, said.

"The door was already cracked open. I watched him walk up. He had a red bandana over his face, a white shirt, a silver gun up against his leg as he was walking up. [He] opened the door, and then shot my dad in the head," Rachel said.

"That’s the main image I remember is my dad’s head falling."

Rachel added that her family has been dealing with "misinformation" about her dad's death for 20 years, including campaigns backed by big-name celebrities.

"They think they’re advocating for an innocent man, but they’re not doing all the research," Rachel said. "There have been celebrities and influencers that I’ve looked up to that are advocating for Julius Jones, and it’s been disappointing. I used to follow Kim Kardashian, and she’s obviously one of the biggest ones. I used to watch her show.

"These celebrities are spoon-fed information. They’re getting these packets of information, and it’s the same lies that can be easily contradicted with the facts and documents. What I would like to ask of them, if you’re ever going to advocate for something like this, a capital murder case, look at both sides." 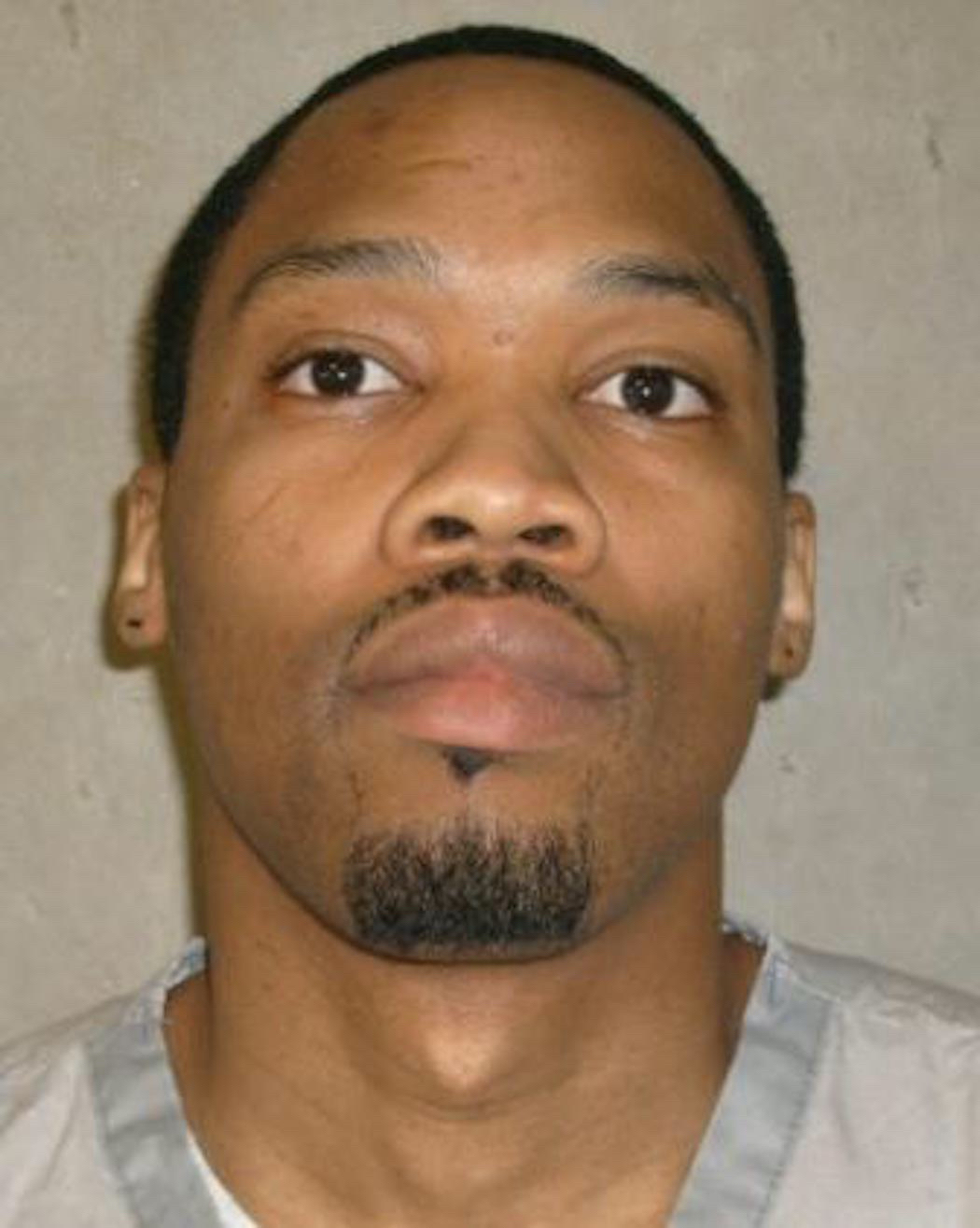 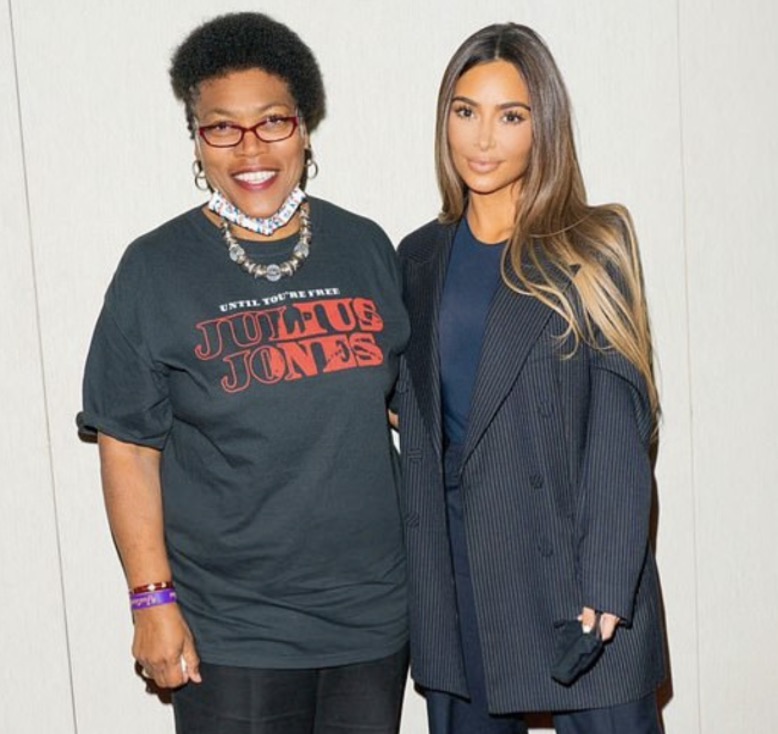 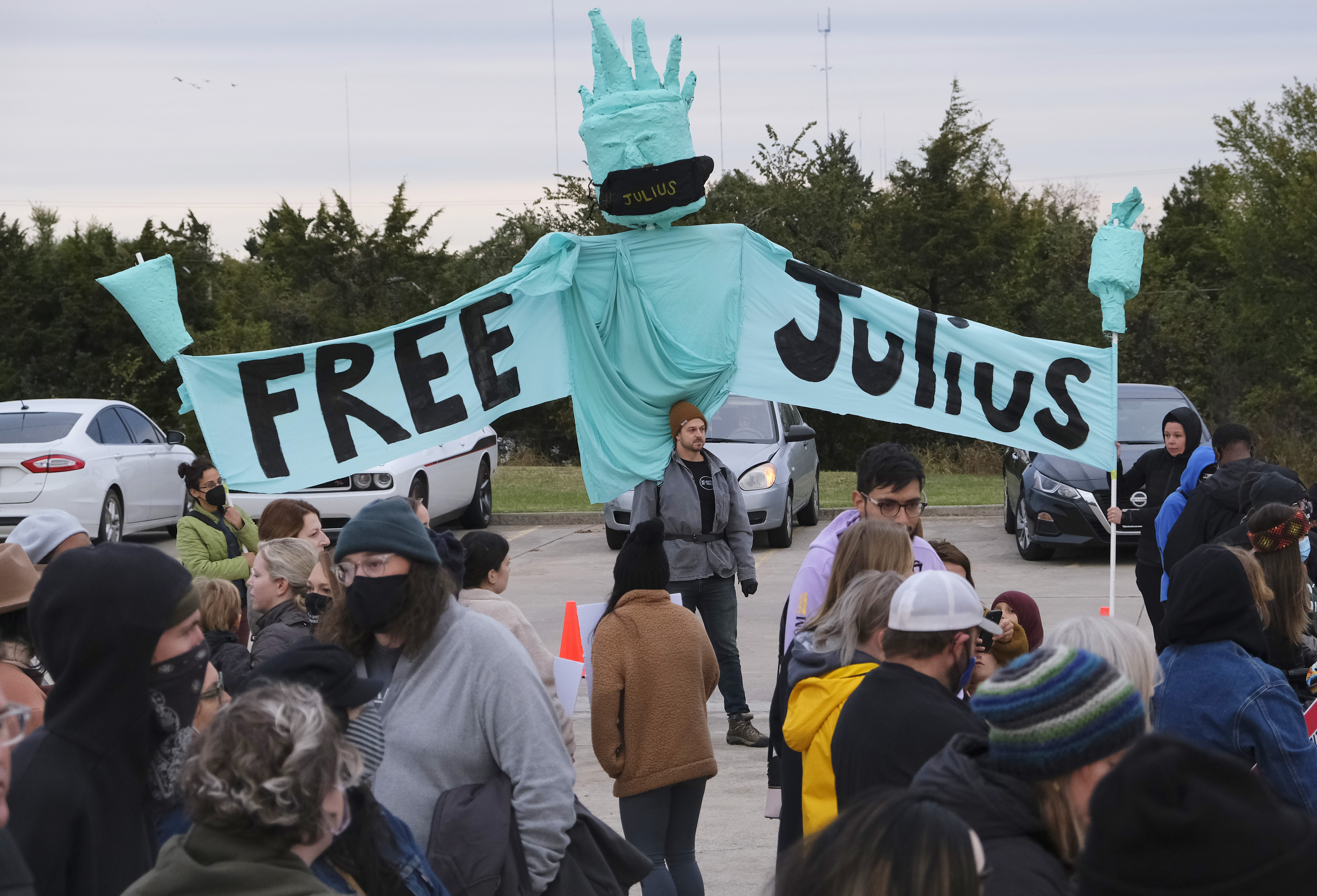