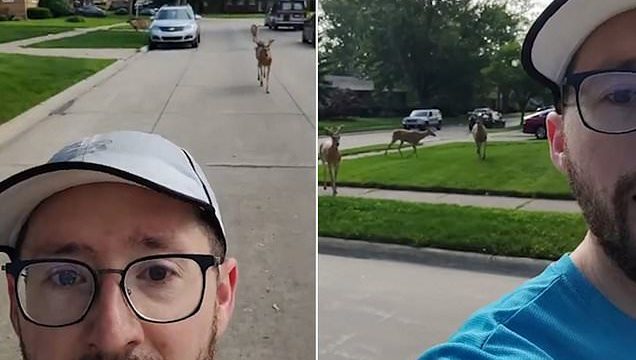 Oh deer! Jogger is chased by a herd of inquisitive ‘friends’ on his morning run in Michigan

Managing to keep up a quick pace during a Sunday morning run might seem daunting enough on its own.

But this jogger was forced to speed up while he got chased by a herd of inquisitive deer while he ran to pick his wife up from work.

Jared Wein, 32, of Royal Oak, Michigan, filmed as his new ‘friends’ joined him for a run around the neighbourhood. 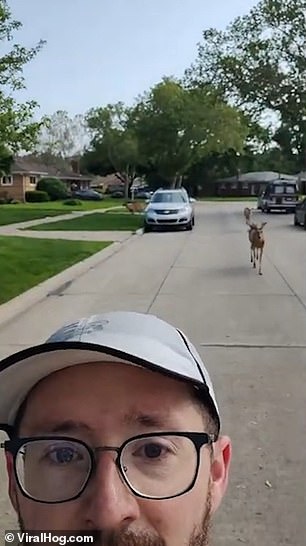 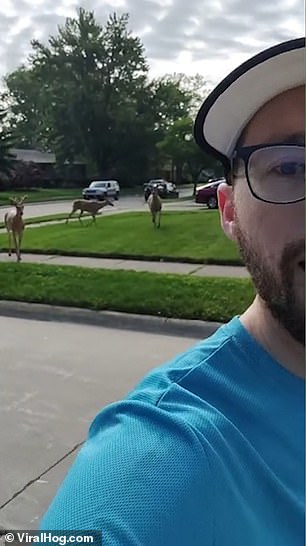 Jared Wein, 32, of Royal Oak, Michigan, filmed as he ran through the neighbourhood while being chased by a herd of deer. He says: ‘I better not slow down’

They joined him while he passed David H Shepherd Park.

Mr Wein can be heard saying: ‘Look at that parade.

‘I better not slow down.’

As Mr Wein carries on running down residential streets he passes incredulous onlookers.

He shouts: ‘It’s my parade, these are my pet deer!’ 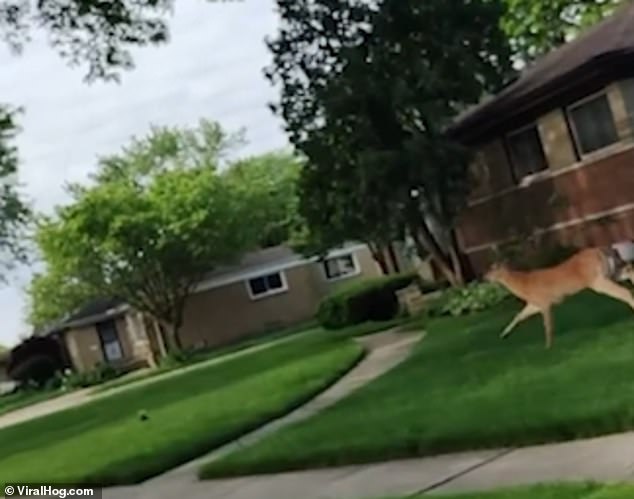 Mr Wein posted the footage on social media and said that three deer joined him for a half mile while he ran in Oak Park, keeping a pace of roughly 6.11min/mile

As the footage carries on Mr Wein seems unable to believe that the deer are still following him and says: ‘Would you look at that’.

Mr Wein posted the footage on his Facebook page with the caption: ‘Sunday morning I ran from Royal Oak to Southfield to pick up my wife from work and brought a couple friends along for the run!

‘These three joined me for a half mile in Oak Park and kept a good pace, somewhere around 6.11min/mile.’