Washington: Former vice-president Joe Biden's 2020 rivals and a group of progressive environmental organisations are attacking him as being weak on climate change, a sign of the central role global warming is shaping up to play as an issue in the Democratic primary.

The criticisms are based on a yet-to-be-released plan outlined in a Reuters report in which one person advising Biden characterised the Democratic front-runner as seeking a "middle ground" on policies to reduce planet-warming emissions. 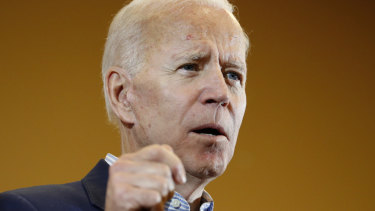 Additional details in the report described Biden's forthcoming policy as likely to include reinstating Obama-era regulations on automobiles and coal-fired power plants, while leaving a role for nuclear energy and natural gas in the US energy mix. The emerging policy has sparked criticism among Biden's political rivals and has left supporters worried that he is underestimating the passion on climate change, particularly among Millennials who have embraced the Green New Deal, an ambitious resolution calling for an end to fossil fuels.

"There is no 'middle ground' when it comes to climate policy," Senator Bernie Sanders tweeted.

Governor Jay Inslee of Washington, who has centred his campaign on climate change, praised Biden and former President Barack Obama for making "historic progress" on climate change but added: "We cannot simply go back to the past. We need a bold climate plan for our future."

Prominent New York Democrat Alexandria Ocasio-Cortez has jumped into the fray, calling Biden's plan "a deal-breaker." The Sunrise Movement, a youth-led environmental group and an architect of the Green New Deal, slammed Biden as issuing "a death sentence for our generation". 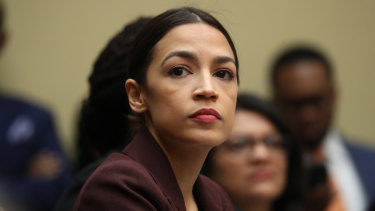 "Show me the really left-, left-, left-wingers who beat a Republican,'' he said before he entered the race. "So the idea that the Democratic Party has kind of stood on its head, I don't get."

That stance has left him open to criticism within his party that he is too much a creature of Washington's past to deal with the urgency of the political moment.

Multiple studies over the years have shown people care about climate change but rarely vote on it. That has made it a low-priority campaign issue — until now. One recent poll conducted in early primary states found that 84 per cent of likely Democratic voters ranked acting on climate change as essential or very important. It's no accident, then, that every 2020 Democratic candidate has cited it as a top priority, even if a majority have yet to announce specific plans.

"He appeals to white, middle class suburban voters and that's great, but he's not doing so well among young people," NoiseCat said. "We do have a policy out there designed to build a new climate coalition. It's called the Green New Deal, and he needs to jump aboard it."

But Paul Bledsoe, a strategic adviser at Progressive Policy Institute and a former Clinton White House climate staff member, praised Biden for seeking a climate plan that would appeal to working-class Americans. With Congress expected to remain divided no matter who wins the White House, Bledsoe said developing policies that can actually become law are key.

"Indulging in ideological purity is great until you actually want to solve the problem," he said.