KILLER cop Derek Chauvin is being held in solitary confinement for 23 hours a day in Minnesota's only maximum-security prison after he was convicted of murdering George Floyd on Tuesday.

Chauvin, 45, who fatally knelt down on Floyd's neck for nearly ten minutes during an arrest last May, was taken to Oak Park Heights after the landmark verdict was read out in court. 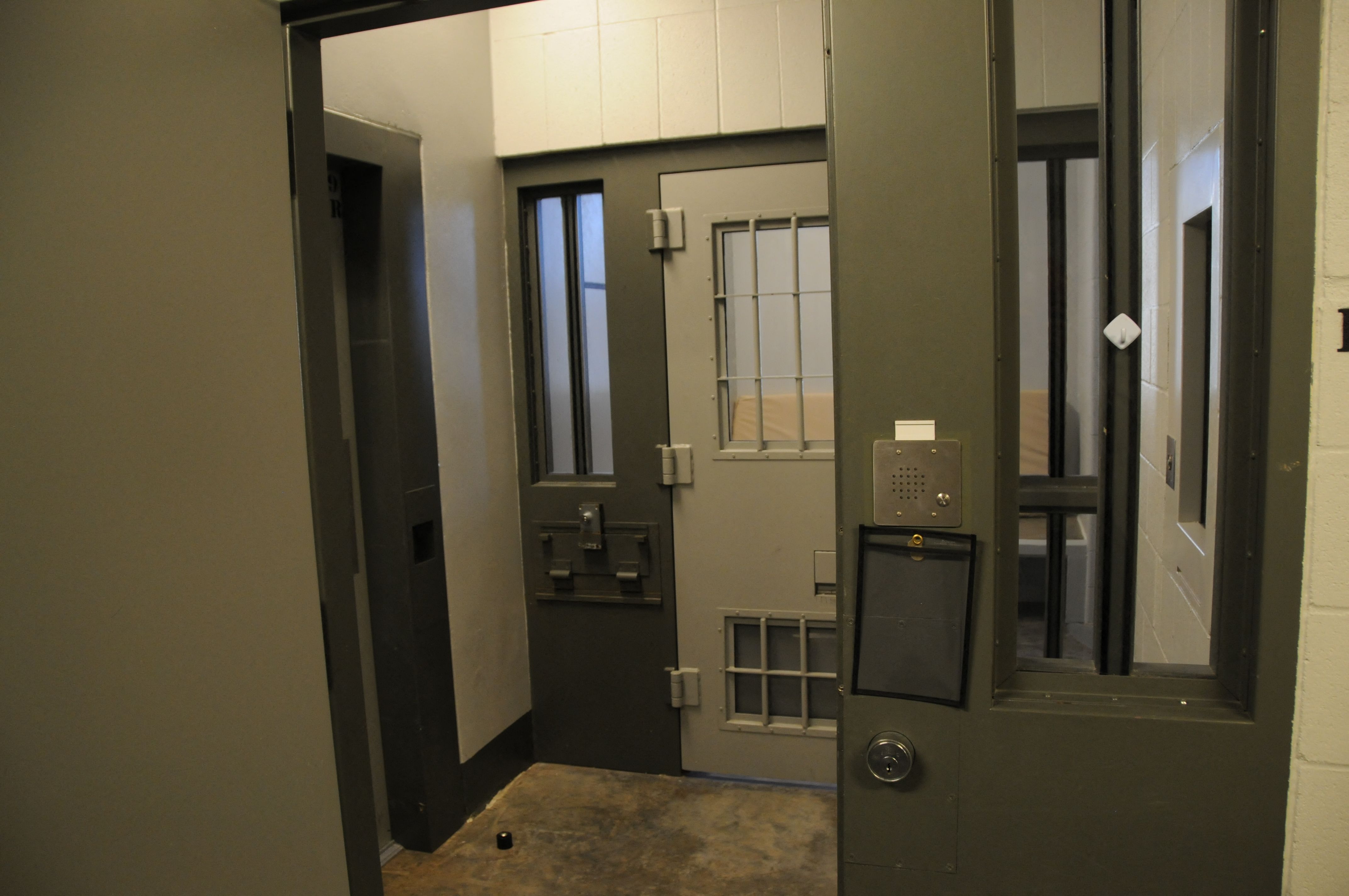 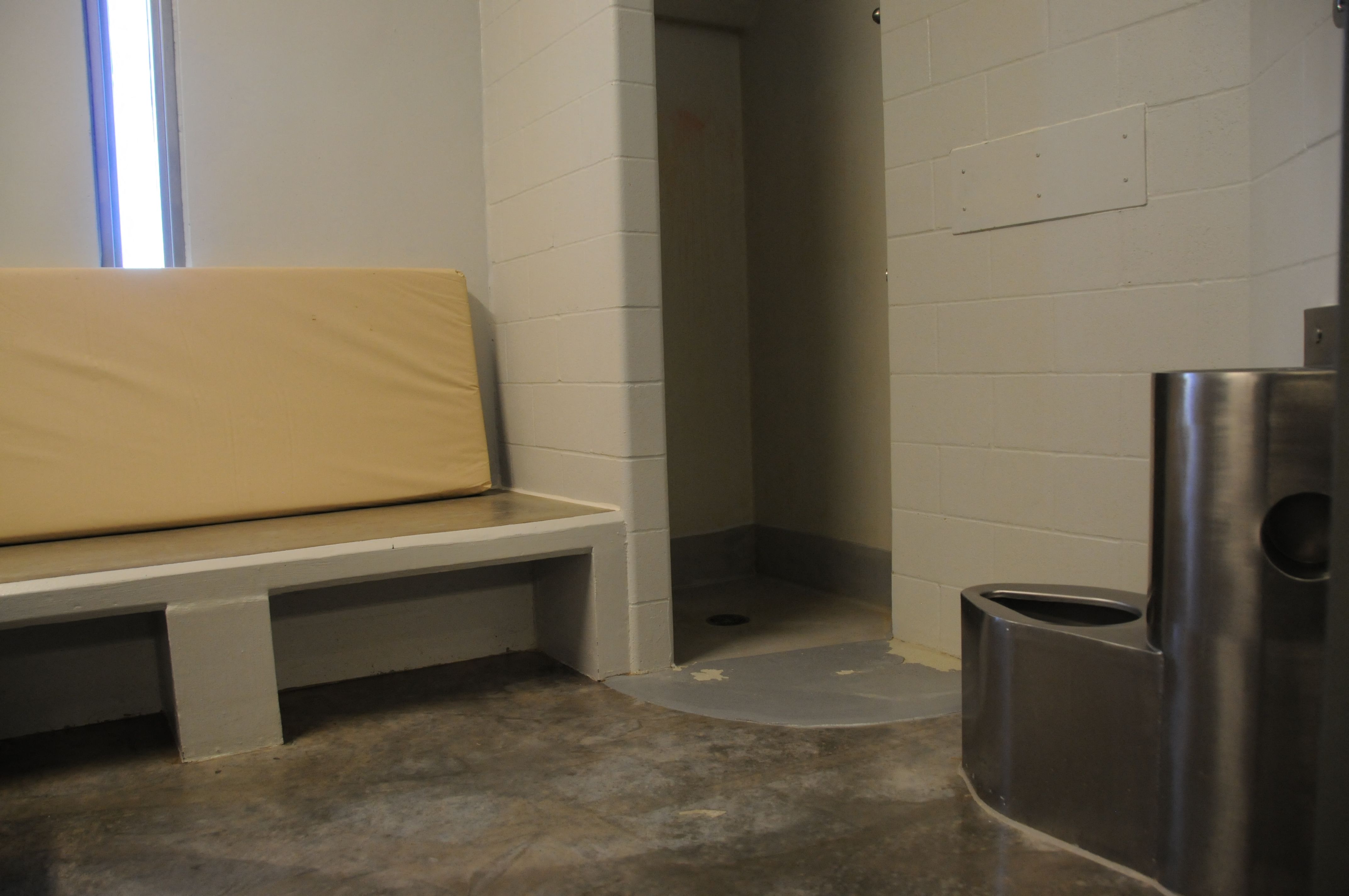 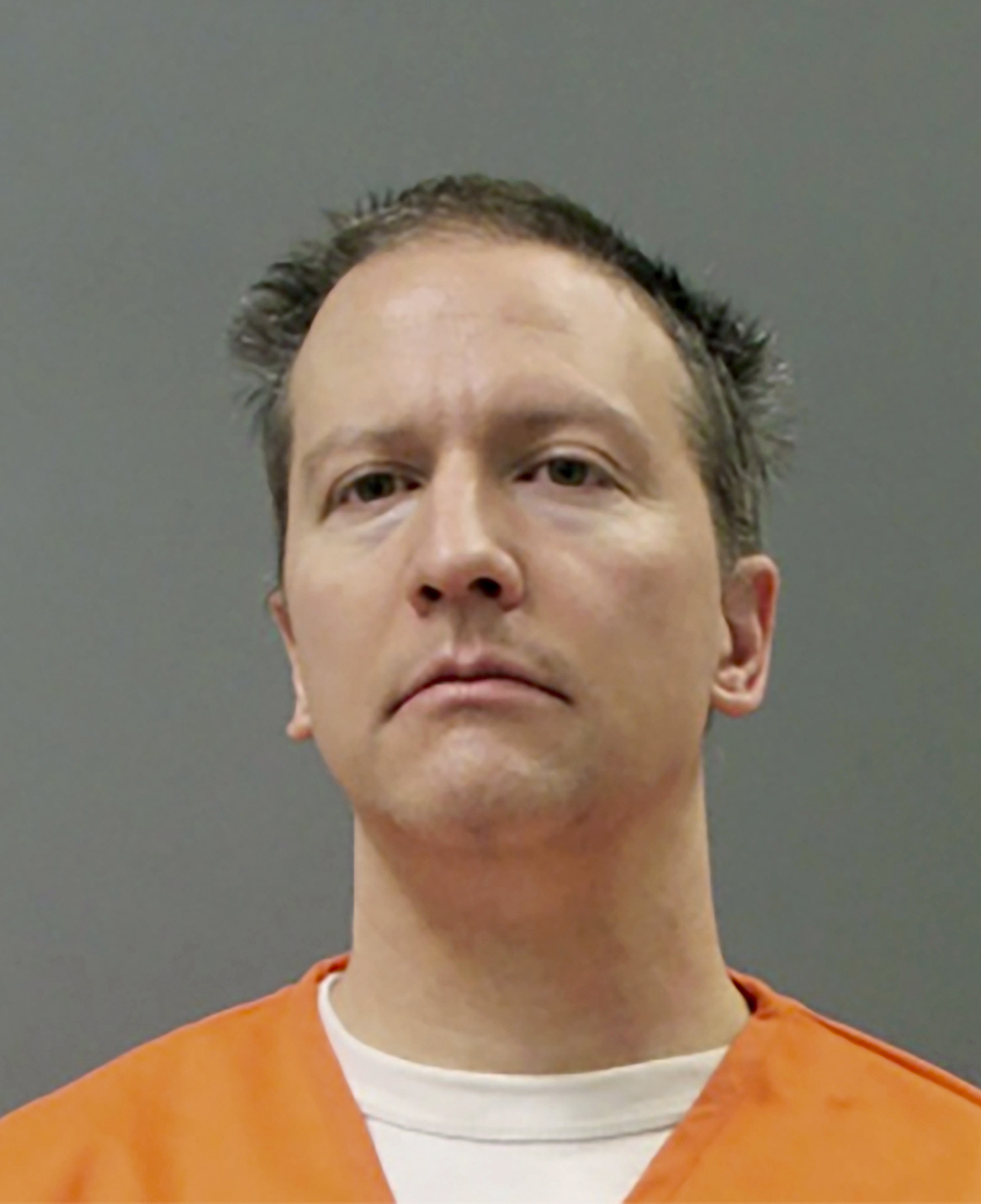 The disgraced former Minneapolis police officer has been placed in an isolated wing of the prison over fears for his safety, a spokesperson for the state prison system said.

He has also been placed on suicide watch, according to reports.

Chauvin will be staying at the maximum-security facility for at least the next eight weeks while he waits to be sentenced.

During that time, he will be kept alone in his cell for all but one hour of the day, during which he will be allowed to exercise outside.

However, he will still be kept away from all other inmates during that recreational hour and remain under the close watch of prison guards inside the unit.

The isolated wing where Chauvin is being kept, which is also known as the Administrative Control Unit, if typically used to house inmates who are being punished.

The cells are cramped and contain only a padded bench, a combination toilet and sink, and a small shower.

Prisoners are allowed to bring in necessities like clothing, toothpaste, and soap, as well as a pen and paper, the New York Times reported.

They may also be permitted to receive books and magazines in some circumstances, though that must first be approved by prison officials. 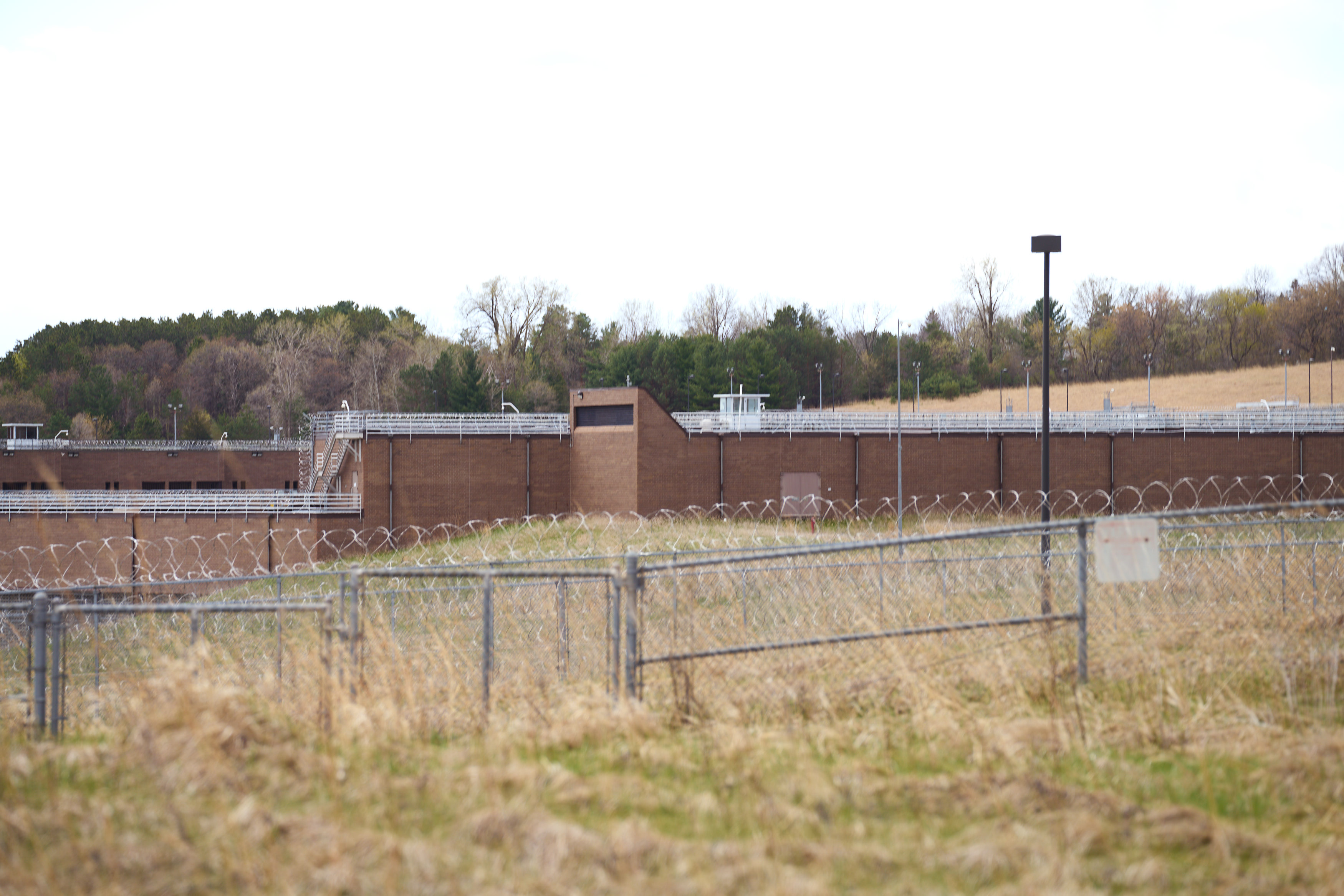 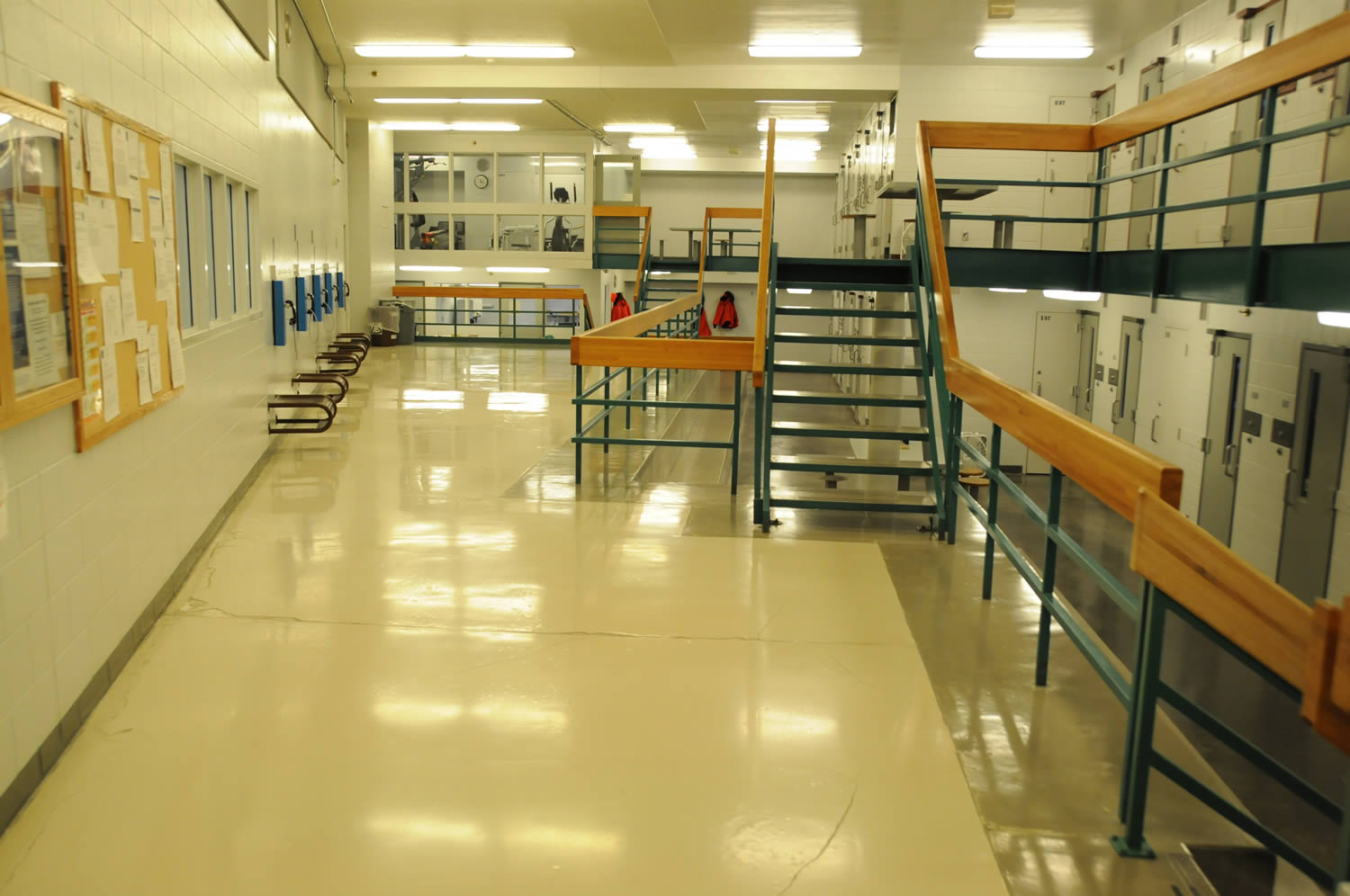 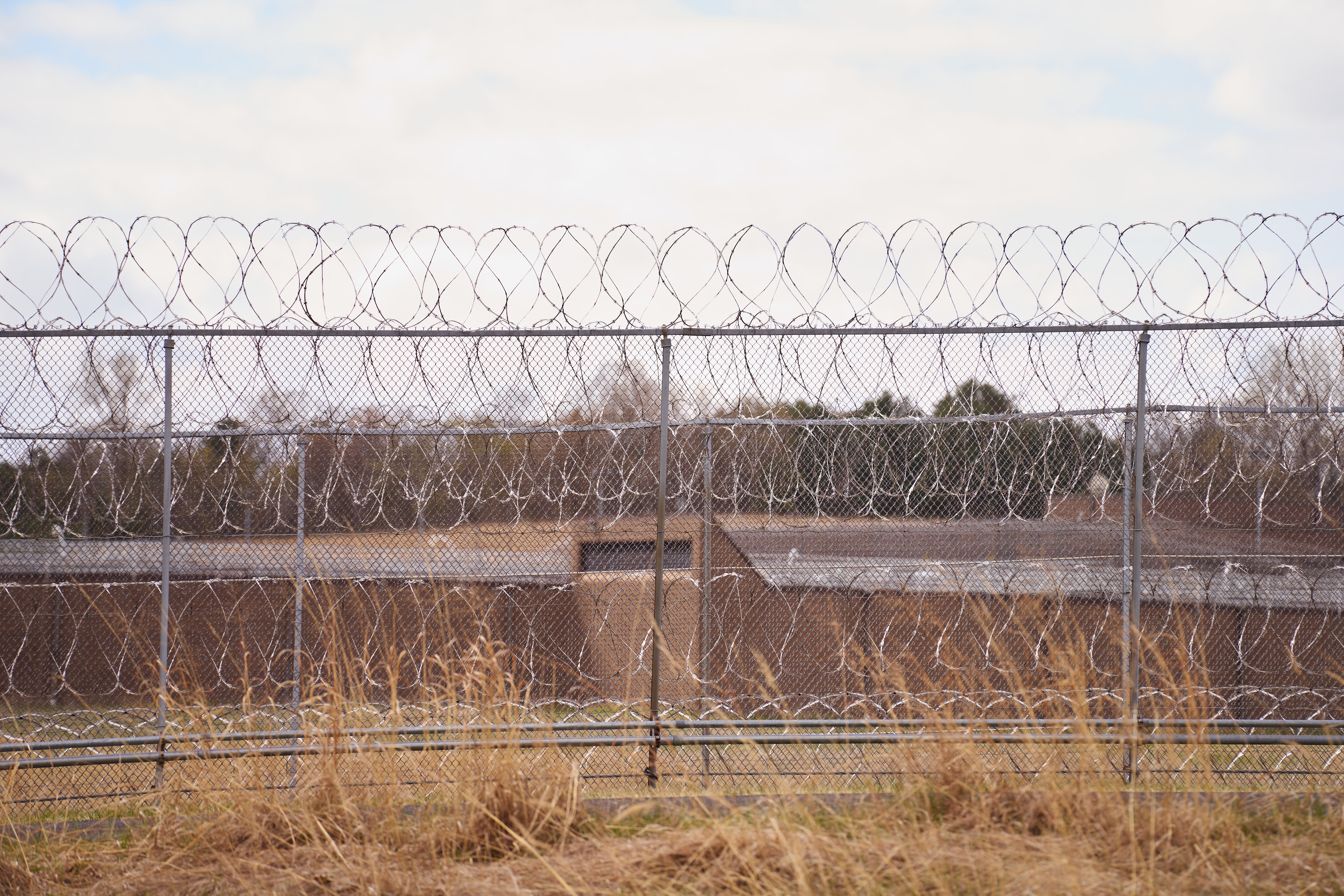 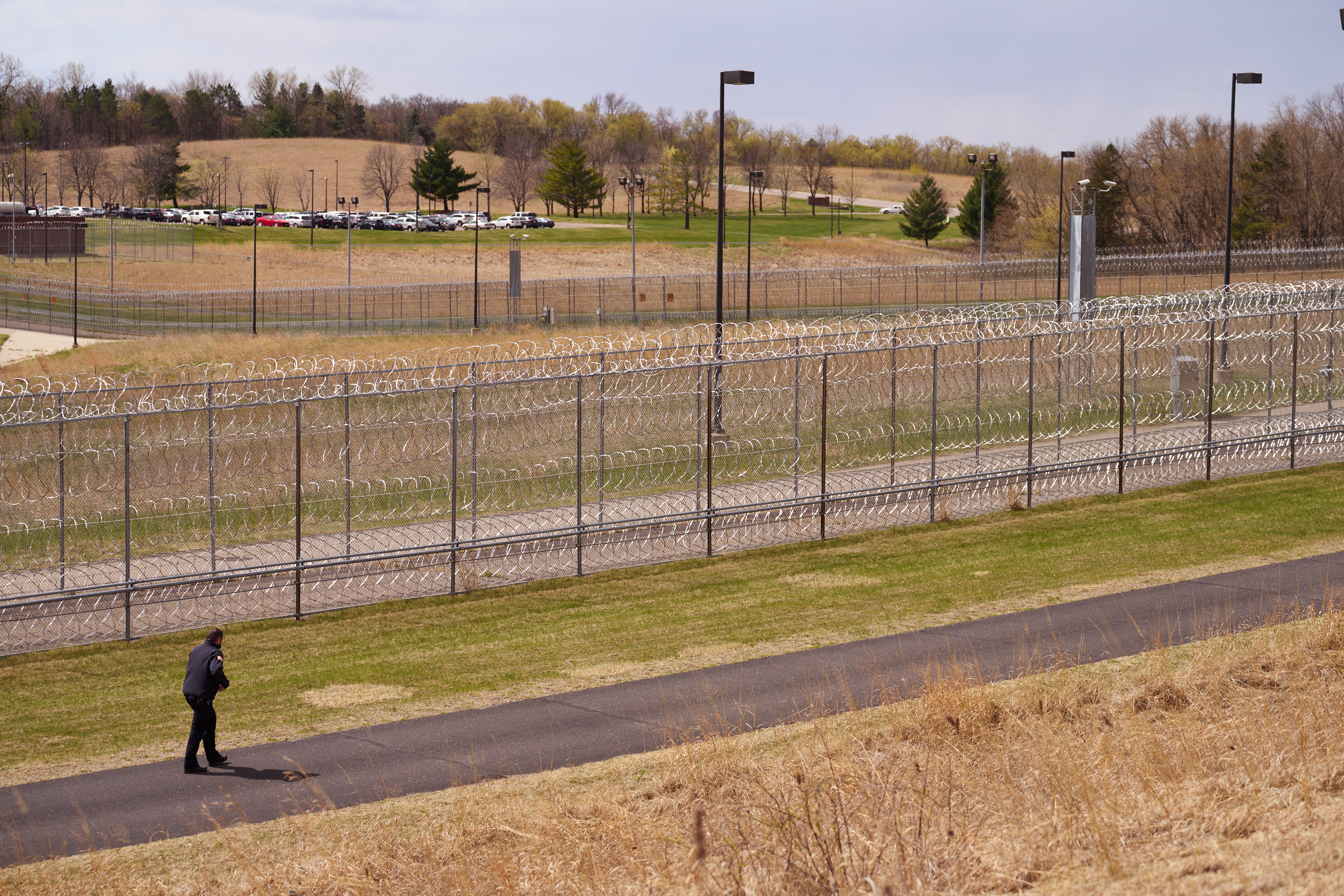 The cells are also monitored by surveillance cameras 24-hours a day, and guards check in on prisoners every 30 minutes to assess their welfare.

For inmates who are sick or considered a suicide risk, those checks are often carried out far more frequently, with lights sometimes kept on around the clock in their cells.

Any prison held in the unit for more than 30 days must be screened by a mental health expert, the prison's website states.

A total of 41 prisoners were being held in the Administrative Control Unit as of Wednesday – around 10 percent of the total population being housed in the prison.

It can hold up to 473 inmates at any one time and is considered one of the safest in the country for high-risk offenders.

Since the facility opened its doors in 1982, only one person has ever escaped and only one inmate has been murdered. 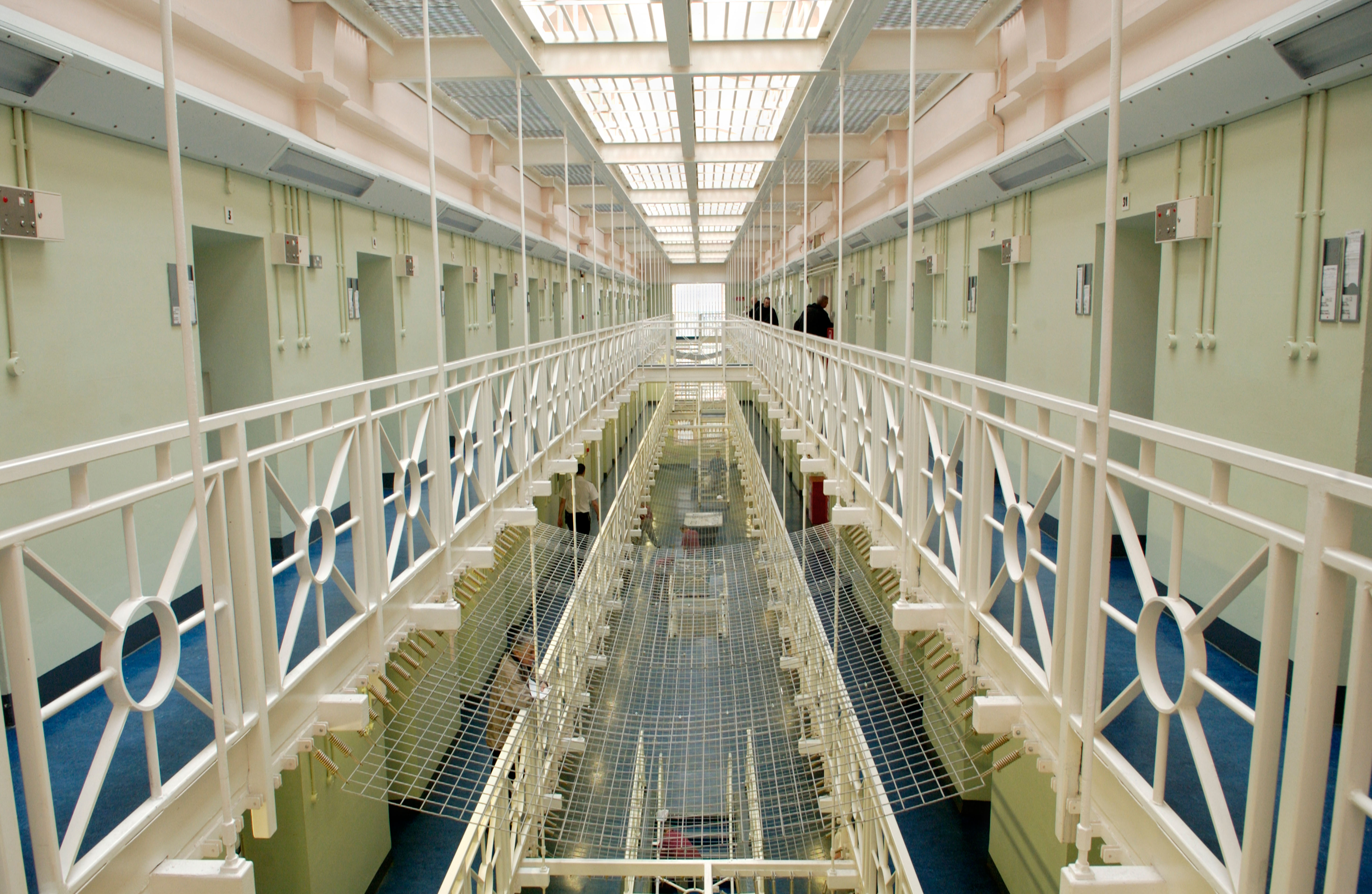 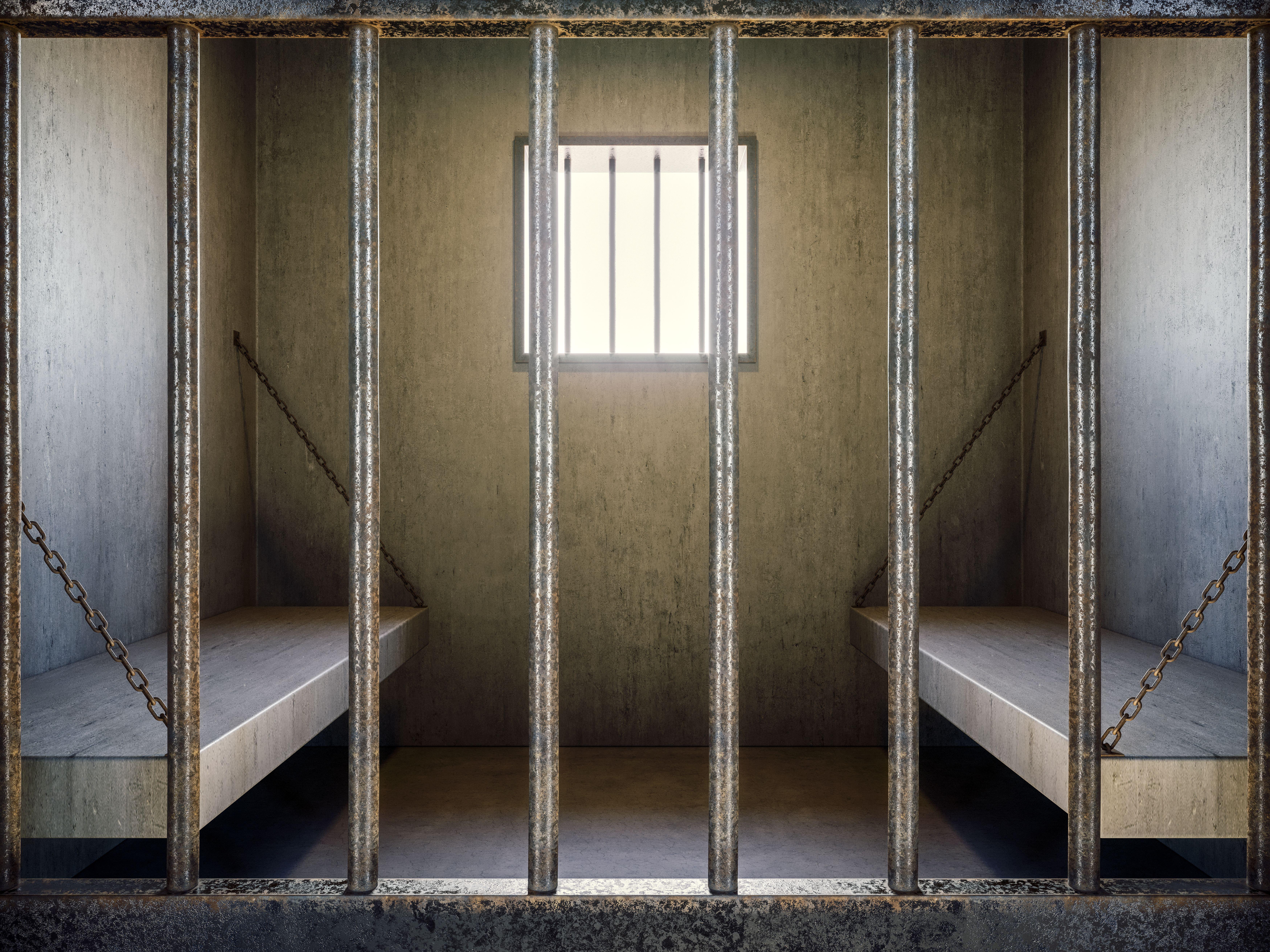 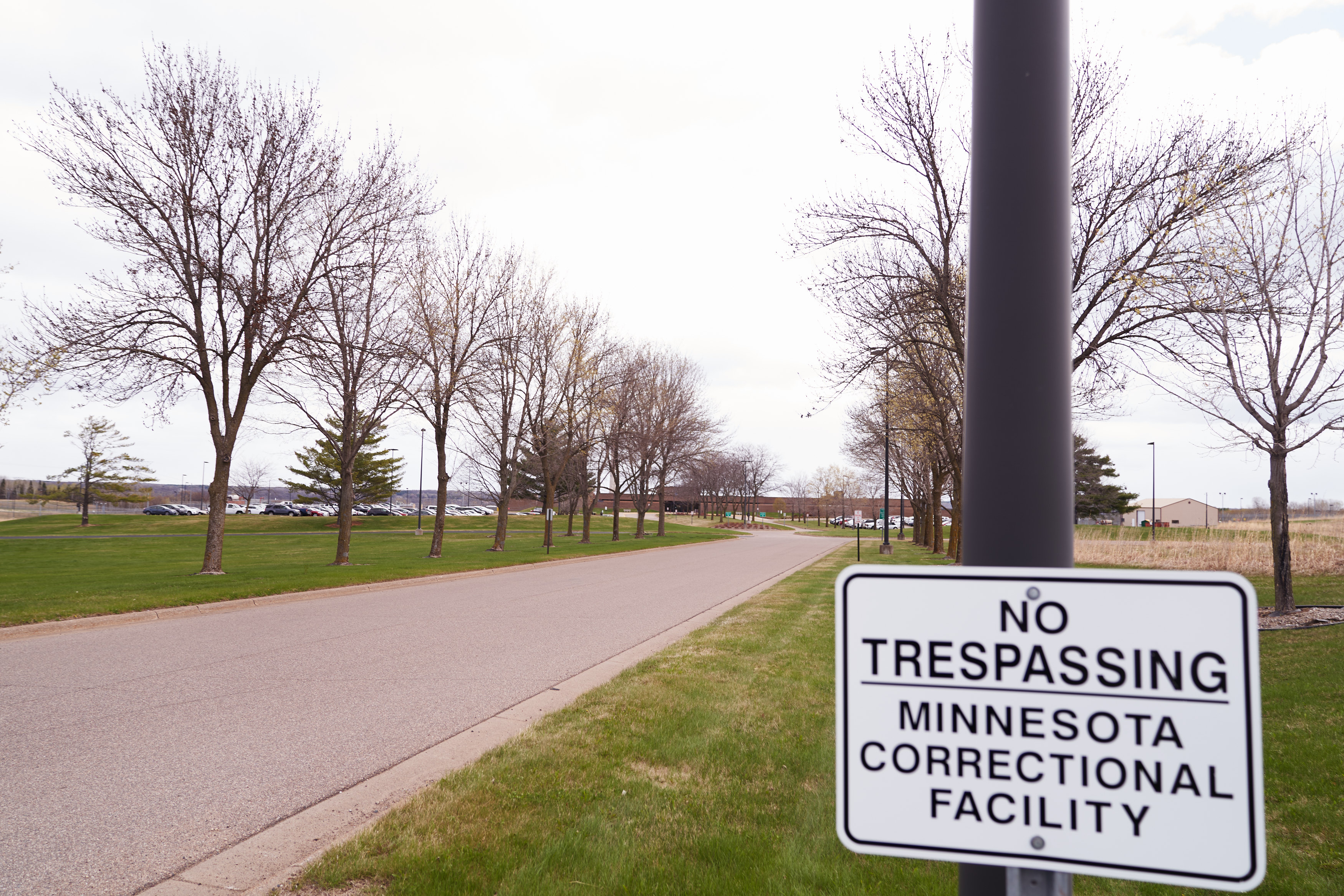 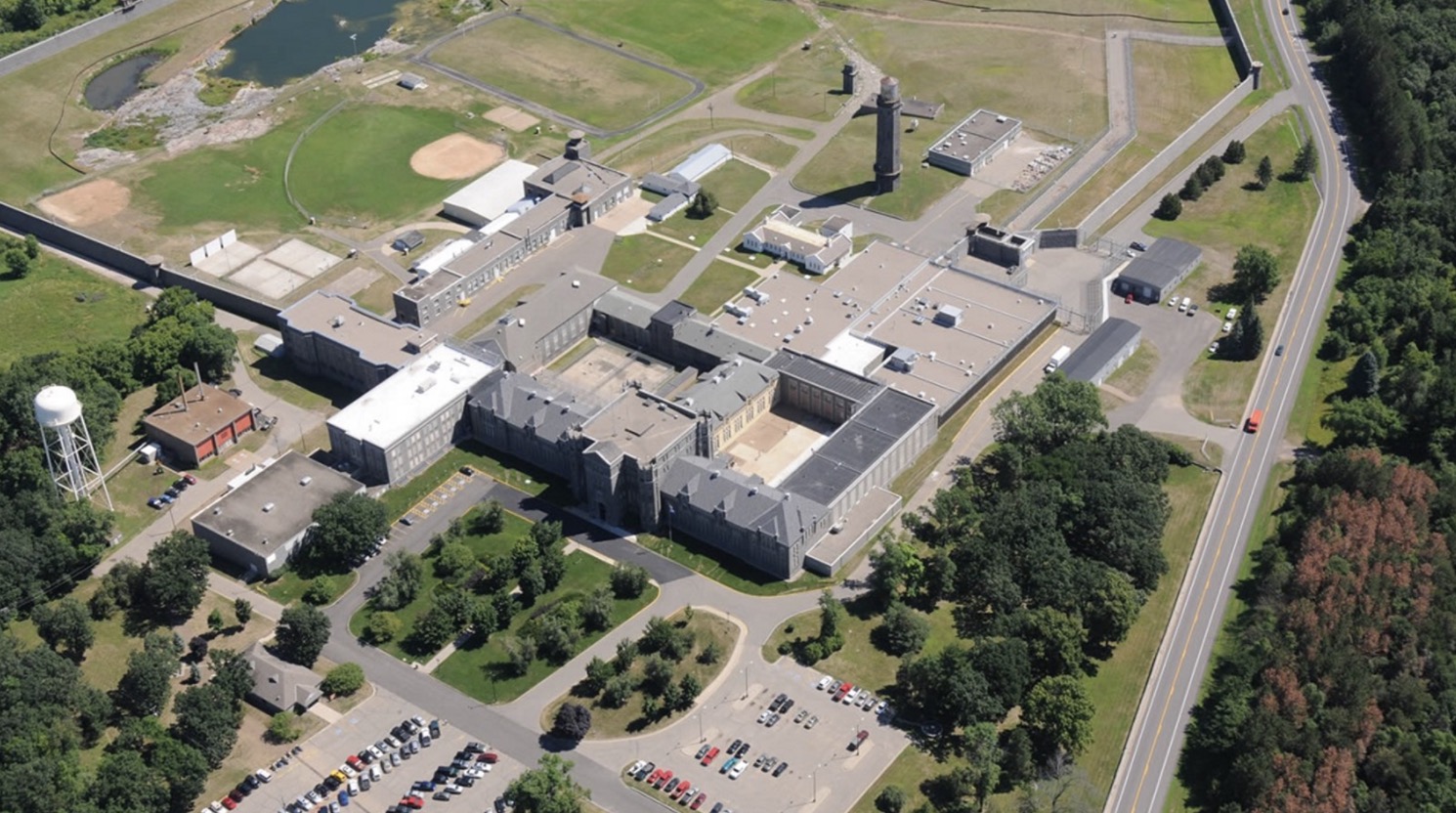 Sentencing in Chauvin's trial has been set for June 16, according to the Times.

He is currently facing a maximum sentence of 75 years behind bars, after being found guilty of both second and third-degree murder, in addition to second-degree manslaughter.

It's unclear where Chauvin will ultimately serve his sentence, however long it may be, as he could be incarcerated at any one of the nine state prisons in Minnesota.

Though as the state's only maximum-security prison, Oak Park Heights seems the most likely fit.

His face concealed by a facemask, Chauvin showed very little emotion when his guilty verdict was read out in court yesterday.

He nodded towards the judge before placing his arms behind his back to be handcuffed and walked out of the room. 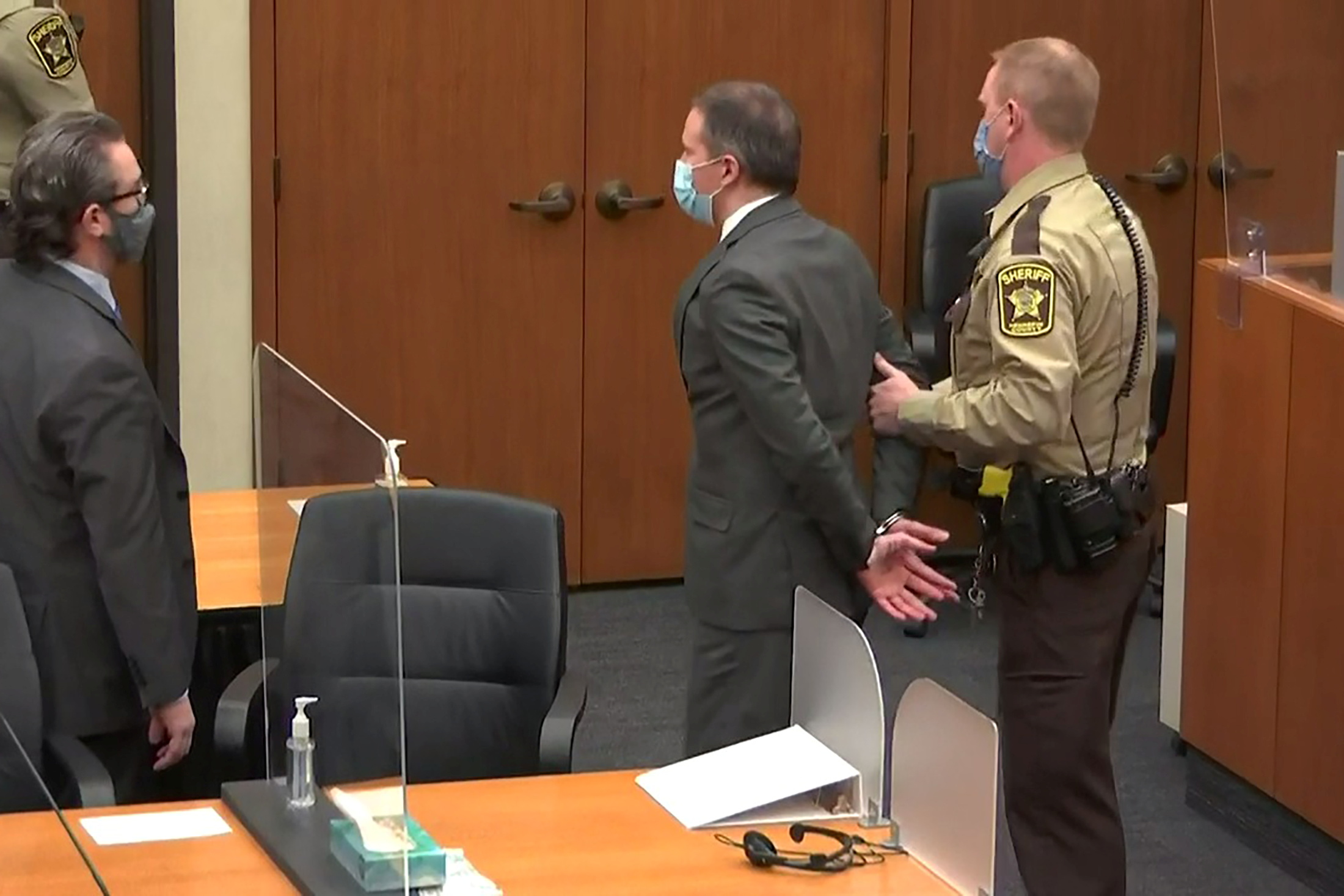 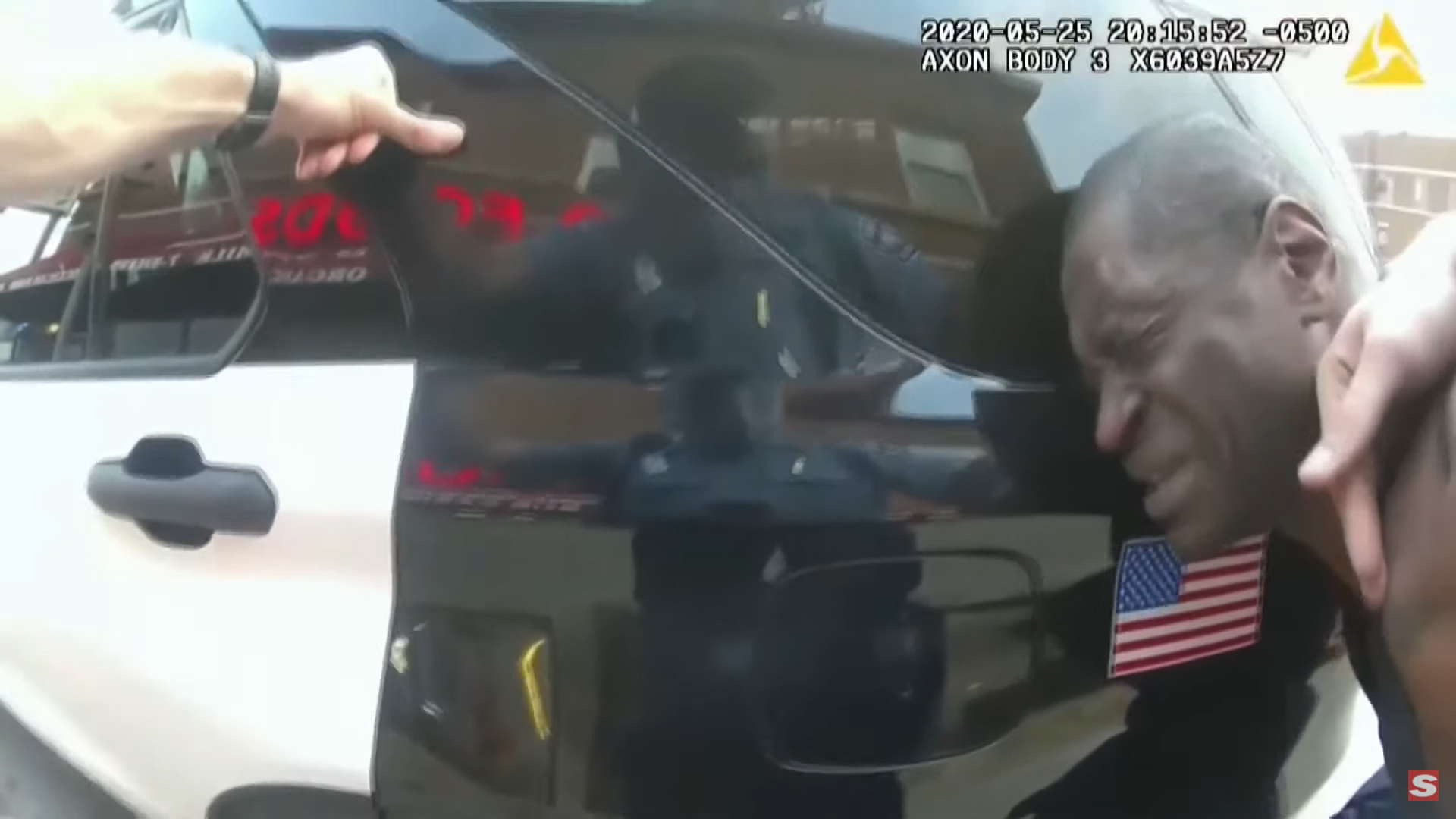 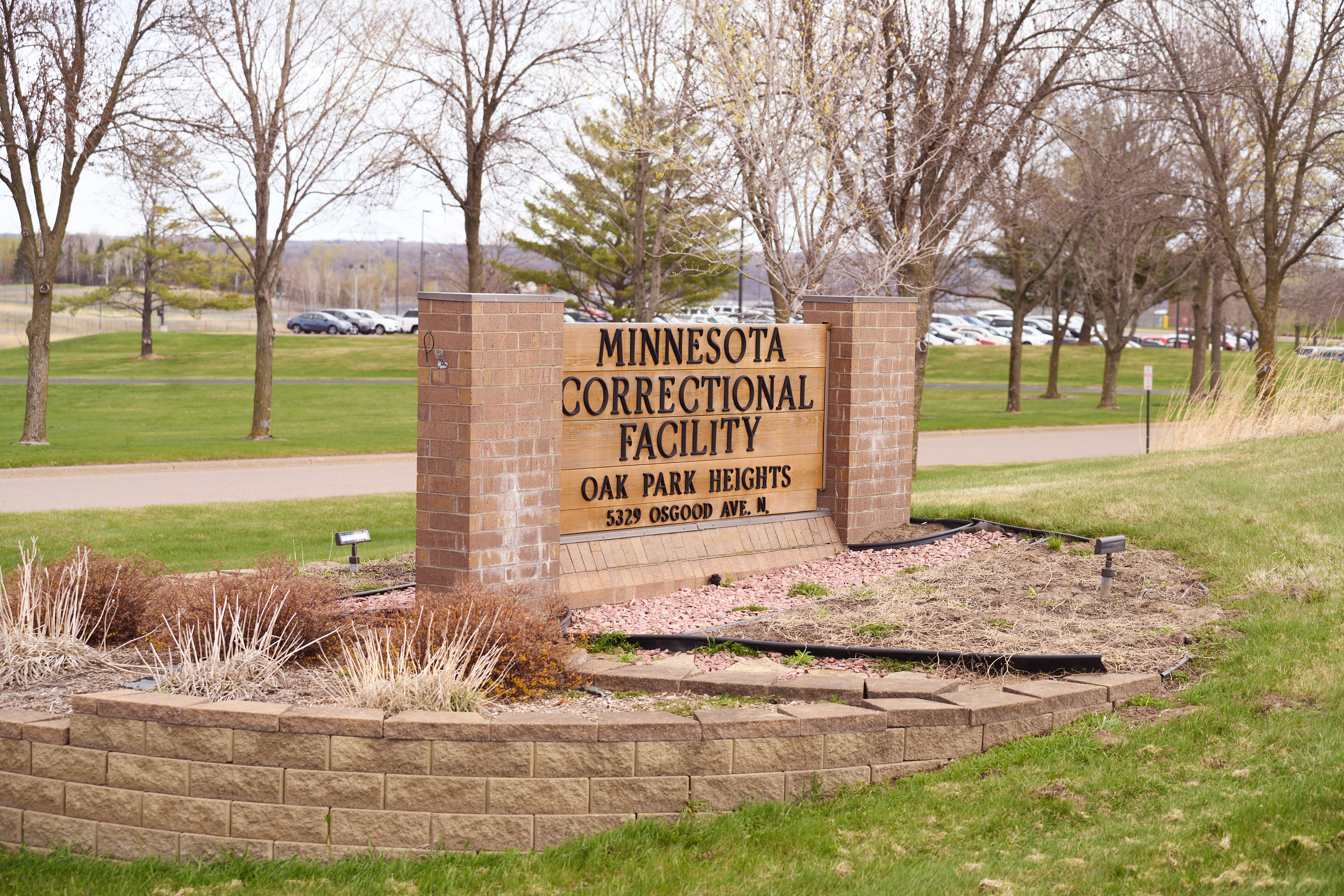 On Wednesday, Chauvin's first mugshot as a convicted murderer was released.

The former cop looked disheveled as he vacantly stared towards to camera, sporting an orange jumpsuit.

This can be a giant step forward in the march toward justice in America," Biden said during a press conference at the White House.

But he said the guilty verdict is "too rare" and "not enough".

"It was a murder in the full light of day and it ripped the blinders off the whole world to see," Biden said.

"Systemic racism is a stain on our nation’s soul."

Chauvin's defense attorney Eric Nelson is expect to appeal his conviction, once he is sentenced.

Three other officers involved in the arrest of Floyd – Tou Thao, Thomas K. Lane, and J. Alexander Kueng – all face trial in August.