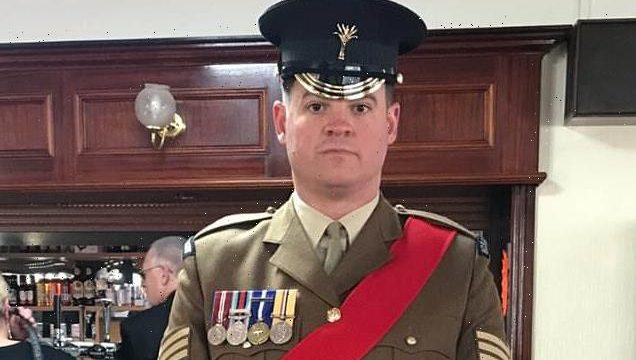 Inquest into fatal shooting of Welsh Guards sergeant, 35, during training at rifle range is adjourned while police conduct ‘various inquiries’ into death

An inquest opened into the death of a soldier who was fatally injured during a training exercise at the Castlemartin range has been adjourned while inquiries continue.

Sergeant Gavin Hillier, 35, from the 1st Battalion Welsh Guards, died at the site in Pembrokeshire on March 4 this year.

Pembrokeshire and Carmarthenshire Coroner’s Court heard that investigations into the incident by Dyfed-Powys Police, the Health and Safety Executive and the Ministry of Defence are ongoing.

Coroner’s officer Lisa Jenkins told a hearing in Haverfordwest that Dyfed-Powys Police had been notified of an incident at the Castlemartin range in Pembrokeshire.

‘Upon attending, they had been notified of the death of one male, identified as Sgt Gavin Hillier, of 1st Battalion Welsh Guards.

‘Sergeant Hillier had been taking part in a training exercise when the incident occurred.

‘Dyfed-Powys Police launched an investigation, liaising with the Health and Safety Executive and the Ministry of Defence, and this is still ongoing.’ 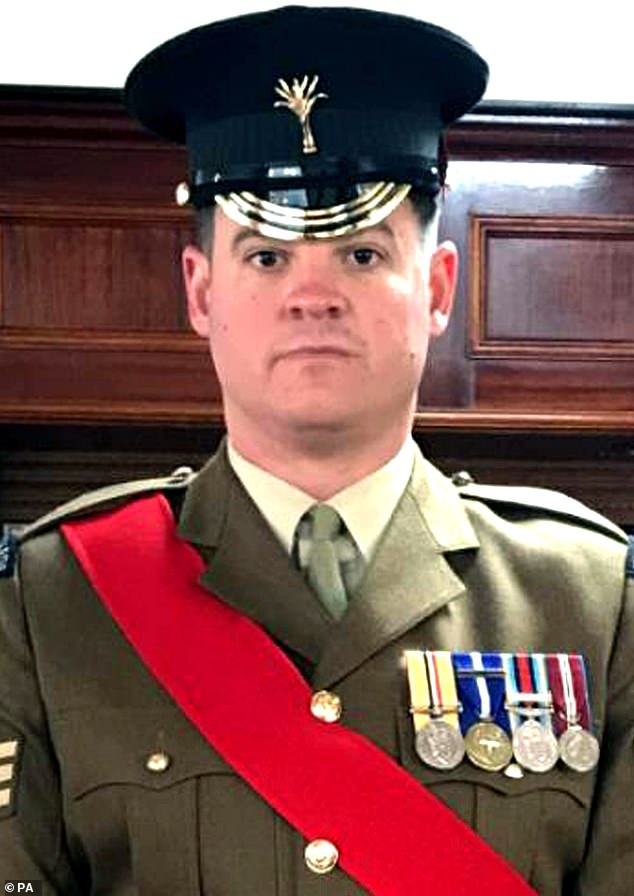 Sergeant Gavin Hillier, 35, from the 1st Battalion Welsh Guards, died at the site in Pembrokeshire on March 4 this year

He told the hearing that there were ‘various inquiries’ taking place by Dyfed-Powys Police, the Health and Safety Executive and the Ministry of Defence.

Mr Bennett said such investigations would need to be completed before it would be known whether the matter would remain with him or be adjourned.

‘What I’m proposing to do therefore is to adjourn this matter to a date for a pre-inquest review hearing,’ Mr Bennett said.

‘That matter is likely not to take place before October 31.

‘However, once I have the update from the various organisation that I’ve indicated that are investigating matters, I will be in a position then to determine whether I should resume the inquiry and hold a pre-inquest review for that purpose.’

Mr Bennett adjourned the hearing for a date to be fixed.

In March, the Ministry of Defence confirmed that Sergeant Hillier had died in a ‘non-operational training incident’ at Castlemartin ranges.

It said Sergeant Hillier served a ‘distinguished career’, deploying on operations in Kosovo, Iraq and Afghanistan.

In 2019, Sergeant Hillier was awarded the Long Service and Good Conduct medal by Prince Charles.

The Welsh Guards at the time dubbed Sergeant Hillier a ‘stalwart’ who had displayed ‘the highest standards of behaviour’ since joining the forces.

His wife Karyn and sons Declan and Connor said they were ‘heartbroken’ following his death.

‘We are absolutely heartbroken and can’t express how proud we are of you,’ they said.

‘Our boys will continue to make you proud and you will forever live on through them.’

His mother Karen and her partner Malcolm said they would be ‘proud for always’.

The sergeant’s heartbroken father said his son died doing the ‘job he loved’.

He wrote in a social media post: ‘Absolutely devastated to be writing this post, probably the hardest thing I’ve ever had to do.

‘At 3.45 this morning I received a phone call that will forever change my life.

‘My eldest son was in a fatal accident, in the army, the job he loved.

‘The dedication and distinction he demonstrated through his long Army career is evident in the testimony of those who served with him,’ he added. 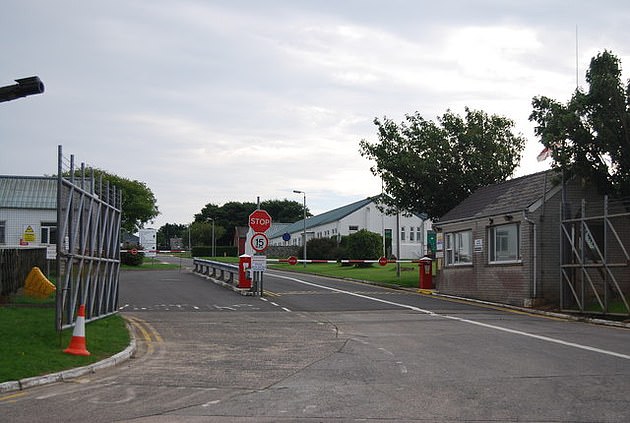 According to the Ministry of Defence website, the Welsh Guards have a ‘dual role’ as a ‘light role infantry’ as well as ‘world class ceremonial soldiers, guarding the Royal Family and Royal palaces such as Buckingham Palace and the Tower of London and conducting State Ceremonial duties’.

Previous incidents at the Castlemartin ranges have claimed the lives of soldiers.

In 2017, Corporals Matthew Hatfield and Darren Neilson of the Royal Tank Regiment died from injuries they suffered after their tank exploded during a training exercise on a firing range.

A 21-year-old soldier, Michael ‘Mike’ Maguire, died at Castlemartin in 2012 after being shot in the head while relaxing at a safe location just outside the training range.

A 2013 inquest into his death heard he was hit in the temple by a single machine gun bullet fired by a fellow soldier during a training exercise.

The inquest jury ruled Ranger Maguire, who was a member of the 1st Battalion, The Royal Irish Regiment, had been unlawfully killed.