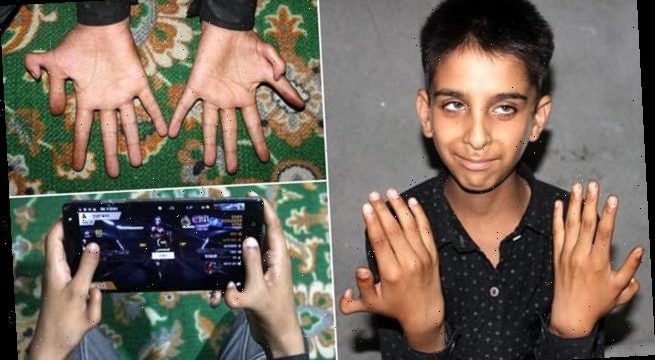 Boy born with an extra THUMB on each hand says he doesn’t mind – because it helps him win video games!

An Indian boy born with an extra thumb on each hand says he is proud of his rare condition which helps him win at video games.

Faizan Ahmad Najar has 12 fingers because he was born with the congenital condition hexadactyly, meaning six digits, which affects around one in 1,500 babies.

The 12-year-old says the extra thumbs have helped him excel at cricket, his favourite sport, and video games such as Clash Squad – while his parents are equally proud of him and say they rejected surgery when he was a baby. 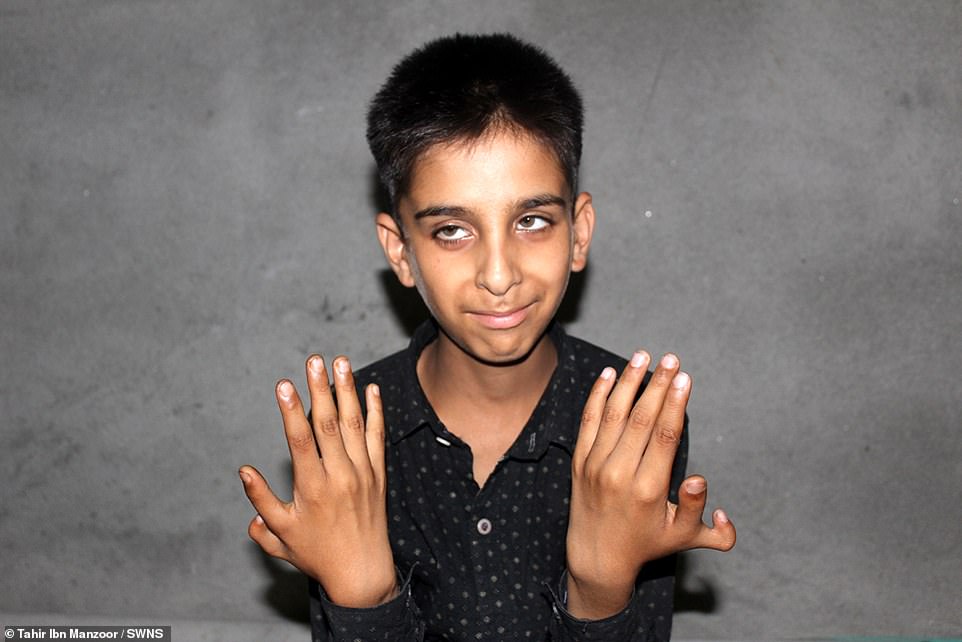 12 fingers: Faizan Ahmad Najar was born with congenital condition hexadactyly, meaning he has an extra thumb on each hand, but says he is proud of the condition which helps him defeat his friends at video games 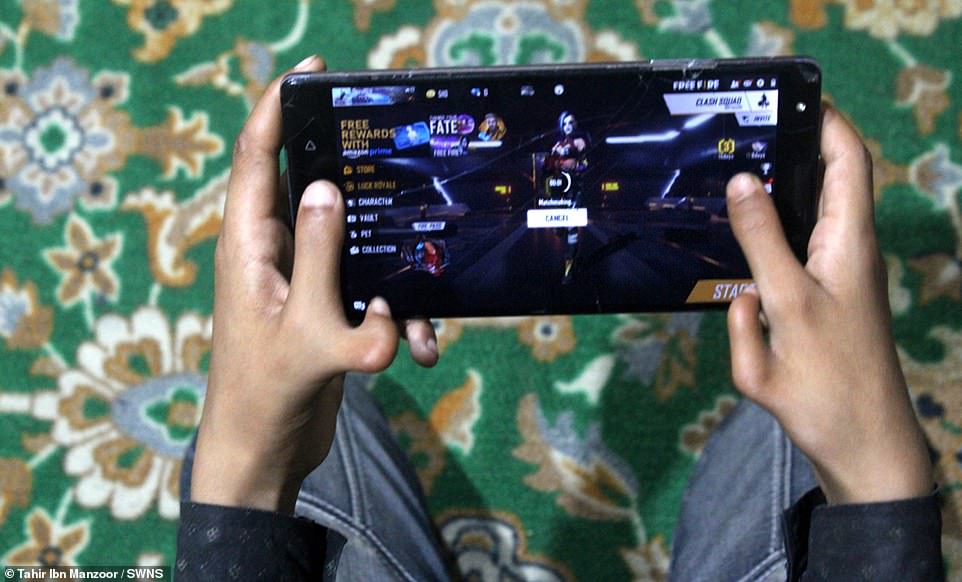 Advantage: Among the video games where Faizan exploits his 12-fingered advantage is Clash Squad, part of the battle game Free Fire which was the most-downloaded game worldwide in 2019

Among the games where Faizan exploits his 12-fingered advantage is Clash Squad, part of the battle game Free Fire which was the most-downloaded game worldwide in 2019.

The youngster says the extra thumbs also help him to scramble up trees faster than his friends, and have made him adept at cricket.

To his friends, he is known as ‘Krrish’ – the star of a popular Bollywood superhero film series.

Faizan, from Sheeri Baramulla, in the Kashmir region of northern India, said: ‘I feel proud about it. There is no shame – it is God’s will.

‘Sometimes, but not often, I think why only me? But overall, I have some good friends in school who keep me from feeling that way.’ 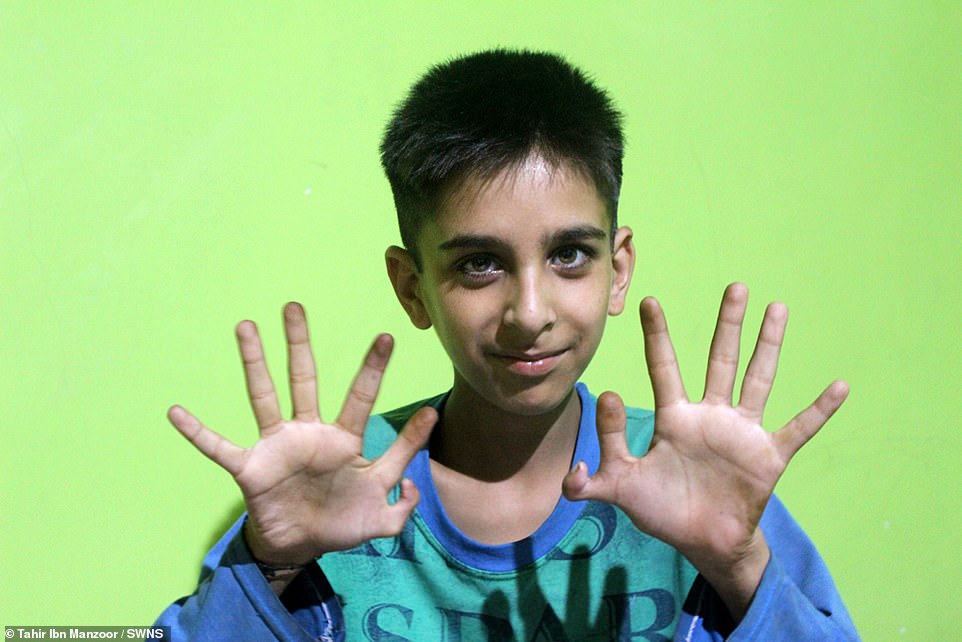 Pride: Faizan (pictured showing off his extra thumbs) says he is proud of his condition and says there is ‘no shame’ about it 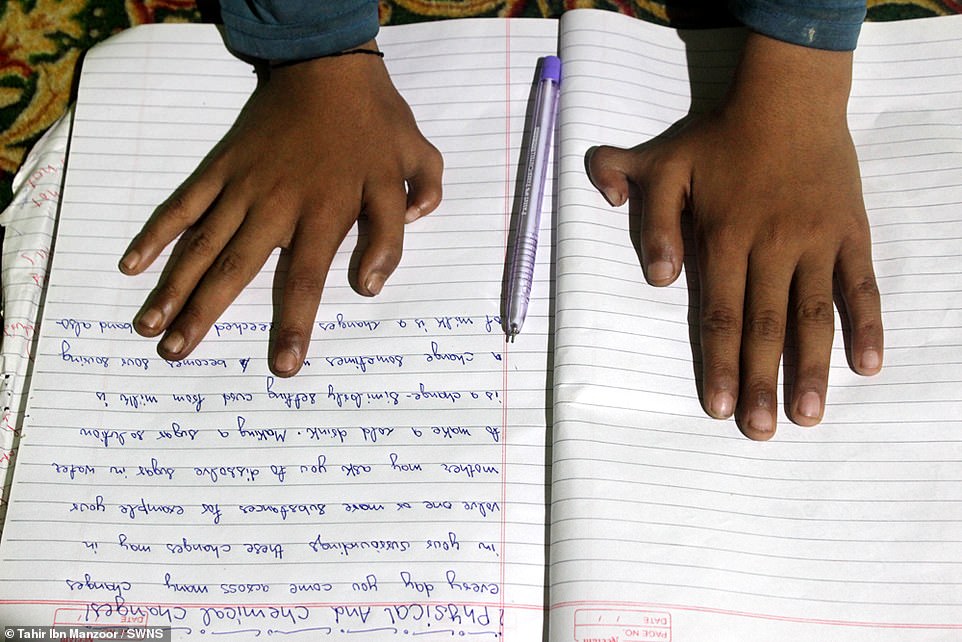 Safe hands: The 12-year-old says his extra digits help him play video games, scramble up trees faster than his friends, and have made him adept at cricket

Mushtaq Ahmed, a medic, said Faizan’s condition is a birth defect which can spring up even if the parents do not have any such features.

But Faizan is determined not to let the defect hold him back.

He said: ‘I want to become a doctor. I want to treat patients who are born which such malfunctions, so that nobody can bully or taunt them.

‘Luckily, I have not faced much of that as I live in the countryside.’ 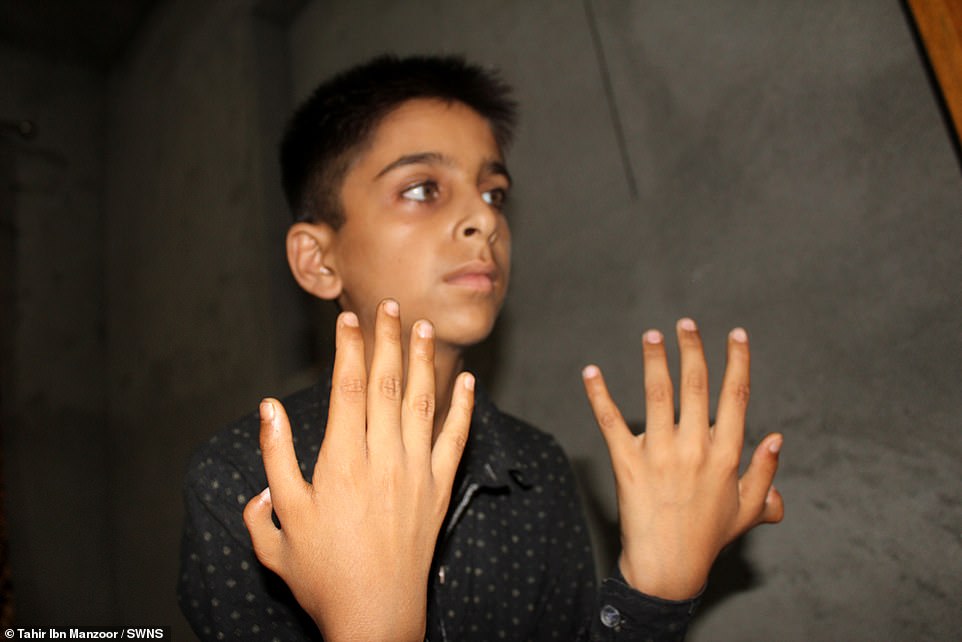 Hands up: Faizan was born with a condition which affects around one in 1,500 babies in some form 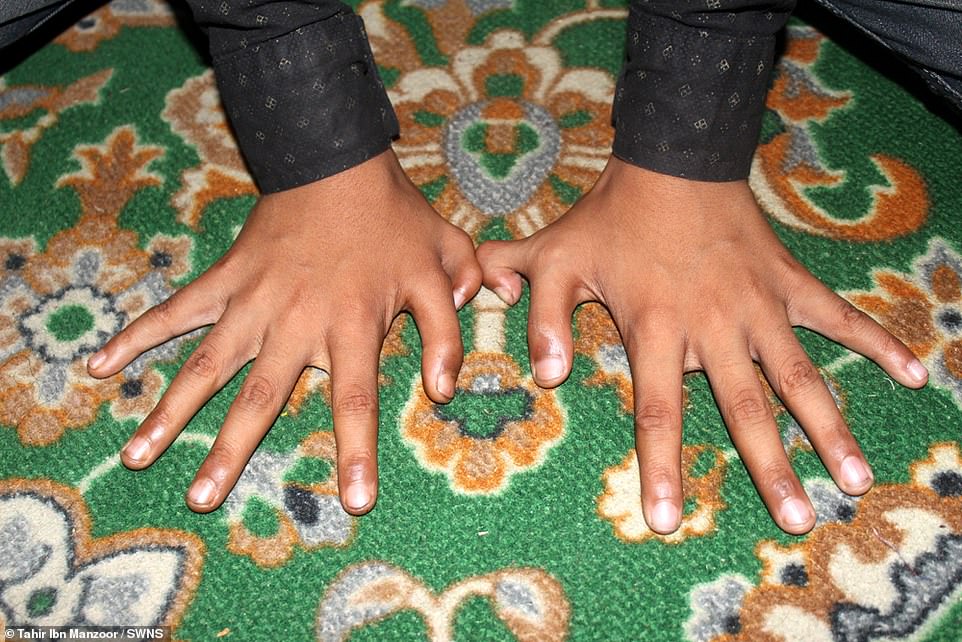 Spread out: Faizan displays his 12 fingers, with his family equally proud of how he has handled his unusual condition

Faizan’s family are also proud of his condition, and how well he has handled it. His mother, Hafeeza, said: ‘I want to see him go a long way and excel in his life.’

She added that the family were offered surgery when Faizan was young, to remove his extra digits – but they were worried it would bring him ‘bad luck’.

‘When he was two, we were told that our son should go under the knife,’ Hafeeza said.

‘But we consulted a saint about it, and he told us our son might lose his eyesight if he was operated on – so we did not consider undergoing surgery.’

Hafeeza is also mother to Faizan’s younger brother Farhan, eight – who has shown no signs of any defects.