Casual worker Ed Westlake doesn’t know how he will pay his rent this month after Victoria’s seven-day lockdown says his four shifts working in events were cancelled.

He is one of thousands of people paying for lockdown in lost wages without any support after the Morrison government shrugged off a push to revive its JobKeeper wages subsidy. The Victorian government’s $250.7 million for businesses will not provide any help to him. 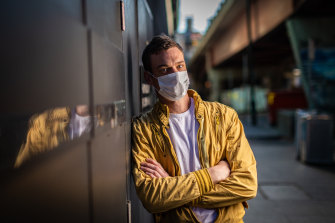 Casual worker Ed Westlake doesn’t know how he’ll get by this week.Credit:Scott McNaughton

Like many, Mr Westlake has had a tough year. He lost his job to the pandemic and moved from Sydney to Melbourne, then sank into a months-long lockdown which prevented him finding secure work until just four weeks ago.

He has already withdrawn $10,000 from his superannuation to get by and now, with Victoria once-again locked down, he has no savings left.

“I’m left at a point in time where I’m now broke,” said Mr Westlake, who records his casual shifts with Centrelink and will probably receive a small amount of the JobSeeker payment. “Trying to buy food is impossible.”

Mr Westlake worried he would end up losing shifts even once Melbourne reopens, because the outbreak will shake confidence, and weddings and events are likely to be postponed.

He wanted to see governments recognise that casual workers were losing shifts – which could be as simple as bringing back the JobSeeker subsidy which ended on March 31.

“The government should actually reinstate their obligations from what there was in the first lockdown. Because there’s nothing that’s changed. It’s still the same situation,” he said.

He also said he state government’s $450 payment for people who need to test and isolate was pointless when everyone currently needs to isolate.

This week is the first time in Victoria that all businesses and workers have endured a lockdown without the safety net of the federal government’s $90 billion JobKeeper program — or the JobSeeker subsidy.

“If it is going to become another extended lockdown, what the hell do we do then? Because there’s no JobKeeper.”

Victorian Treasurer Tim Pallas on Sunday announced $250.7 million for small to medium-sized businesses and sole traders during the seven-day lockdown, which Treasury tipped would cost the economy $700 million.

Some previous state government business support programs have suffered glitches, including the $143 million support during the February “circuit-breaker” lockdown. And in April, 12,000 applications for funding announced in March 2020 were returned to the government after Ombudsman Deborah Glass found applications were overlooked.

Theatre director Gary Abrahams was forced to delay the opening of Iphigenia in Splott at Red Stitch Actors’ Theatre, was unsure whether he would be eligible for the fresh grants and wanted supports for workers including the return of JobKeeper.

He said he could survive a seven-day stoppage but feared the lockdown would be extended and more work would be postponed. 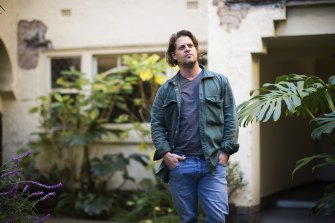 Gary Abrahams, a theatre director, was unsure whether he would be eligible for the Victorian government’s business support package.Credit:Paul Jeffers

“I don’t get my next payment until the show opens, that was supposed to be this week,” Mr Abrahams said.

“But I think the main concern at the moment is just, if it is going to become another extended lockdown, what the hell do we do then? Because there’s no JobKeeper.”

Mr Abrahams – who also shut down his cafe, Real Food Organic, deep in the second wave last year – worried that arts and entertainment in Melbourne was being left behind and pointed out the industry had poured money into making events safe.

The eligibility criteria for JobKeeper had already tightened twice before it was cut on March 31, meaning many businesses had already been thrown off the scheme before Victoria locked down for five days in February.

Casuals were only ever eligible if they had been in their workplace for more than 12 months.

Get our Coronavirus Update newsletter

Stay across the news you need to know related to the pandemic. Sent Monday and Thursday. Sign up here.