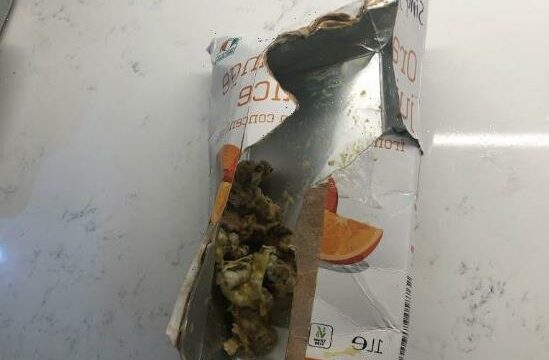 A MUM was left horrified when she found what she described as "mould" and "skin peel" inside an orange juice carton she fed her one-year-old daughter.

Aoife from Dublin, Ireland, took to Twitter to share the shocking images, adding that both her and her husband fell ill after drinking it on Christmas Day. 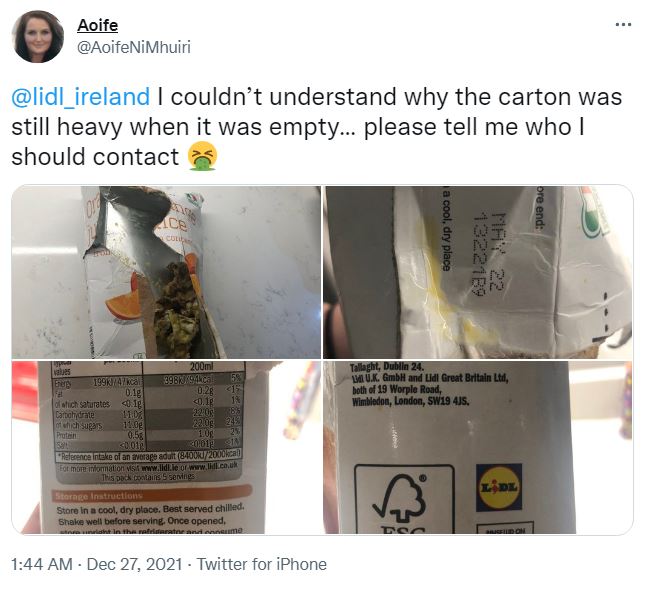 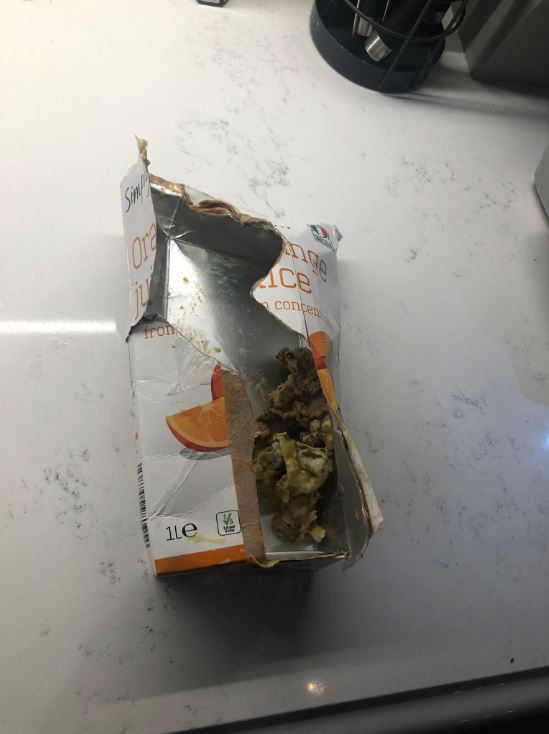 She said first realised something was wrong with carton's content when it felt heavy despite being empty.

The photos, which were published on December 27, 2021, show the inside of the carton with a peculiar substance described as "a cross between cardboard and skin peel" with "mould all over it" inside.

She said: "@lidl_ireland I couldn’t understand why the carton was still heavy when it was empty… please tell me who I should contact.

"I honestly still don’t know what it is. I can’t bring myself to actually touch it but it looks like a cross between cardboard and skin peel. There’s mould all over it. My husband, 1 year and I all drank it Christmas morning and felt very unwell for the following two days."

One user responded to the post saying: "disgusting. Hope you are OK if you drank it. Something similar happened to me (same juice) but let it go. Was nowhere near as horrid as that was just some plastic. Maybe they need to do a factory visit?!" 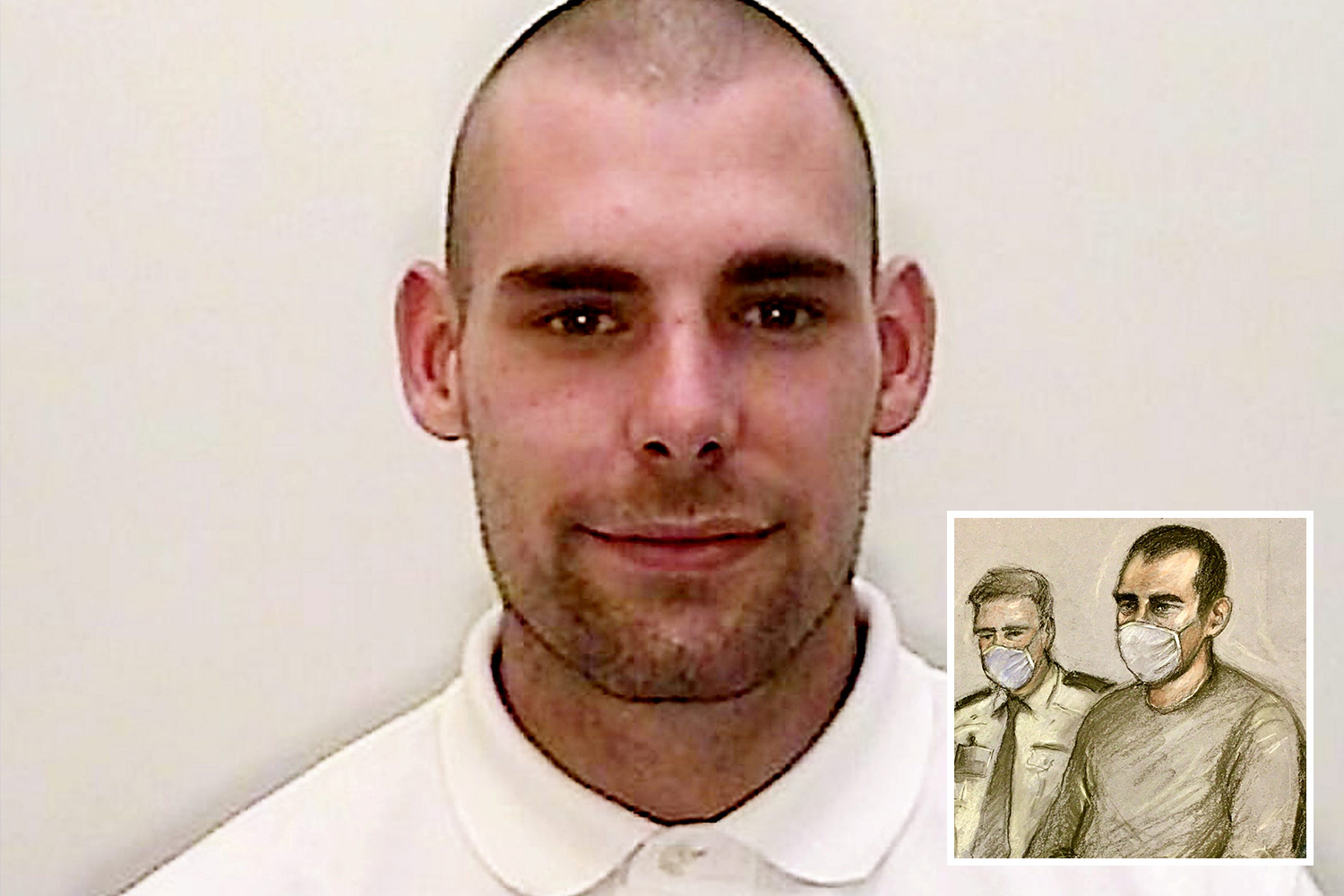 Man in court for 'raping girl before murdering her mum, brother & pal' 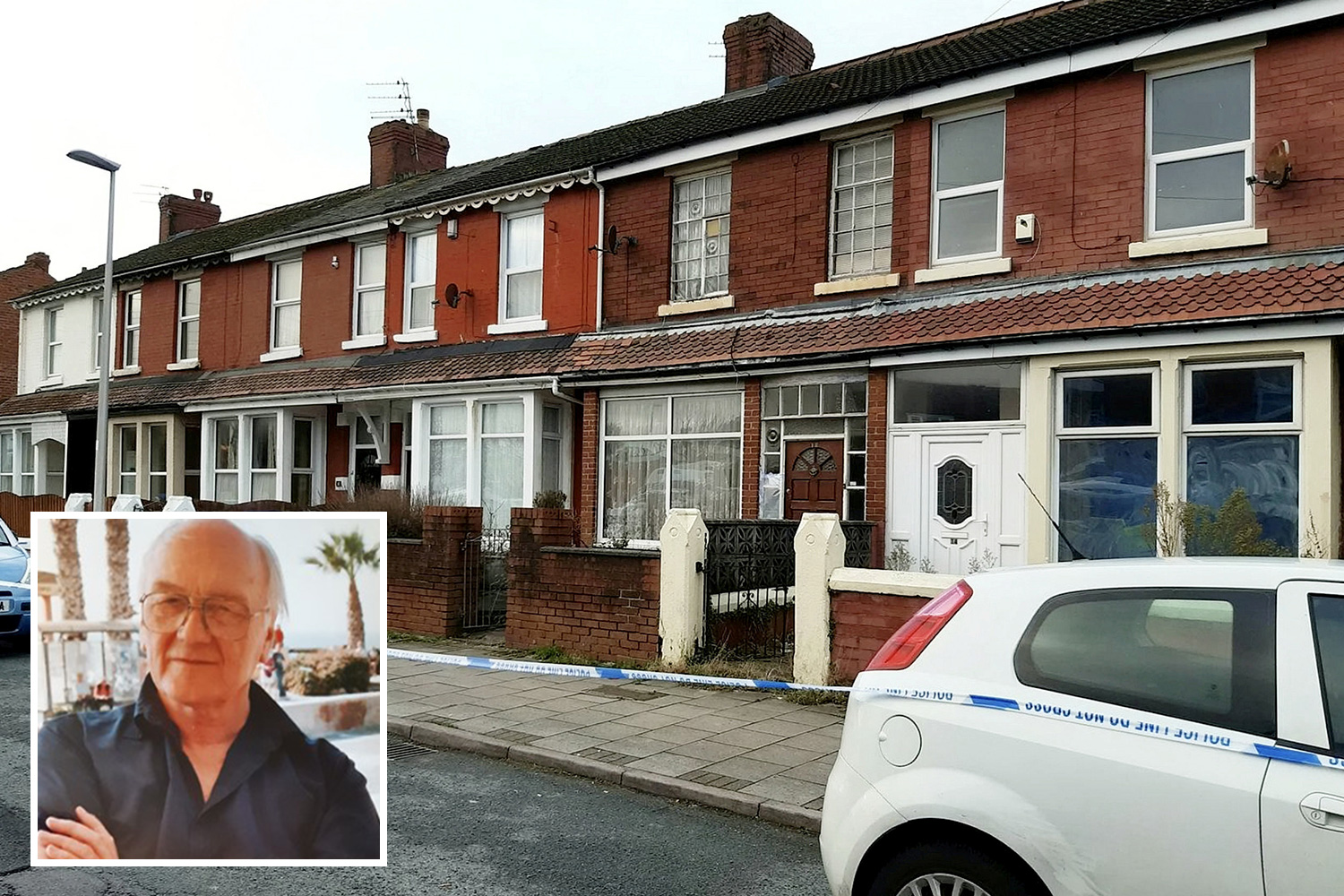 Another shared concern for Aoife's welfare and said: "Hope you're ok after drinking it".

The tweet received a response from the Lidl Ireland team saying: "Hi Aoife, we are extremely concerned to see this. Could you contact our customer service team via http://lidl.ie/contact so the team can investigate? Just to note, the team are taking a break until the 29th but they will investigate your query then!"

The Sun Online has also contacted Lidl Ireland for comment. 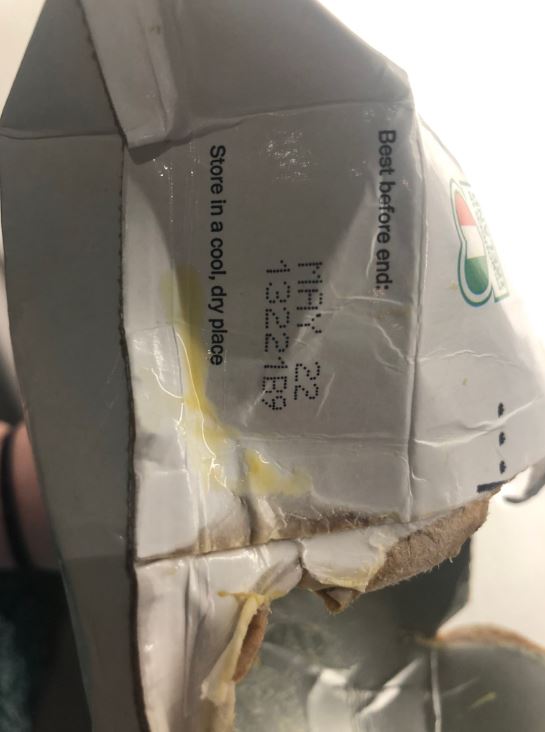 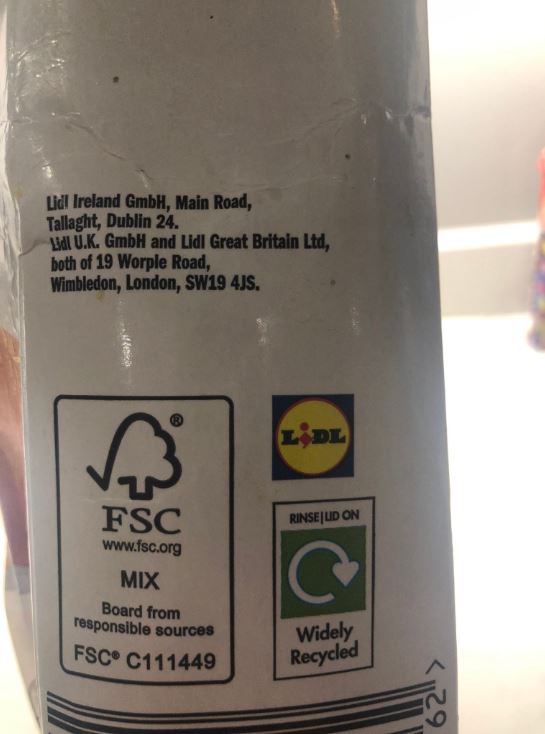 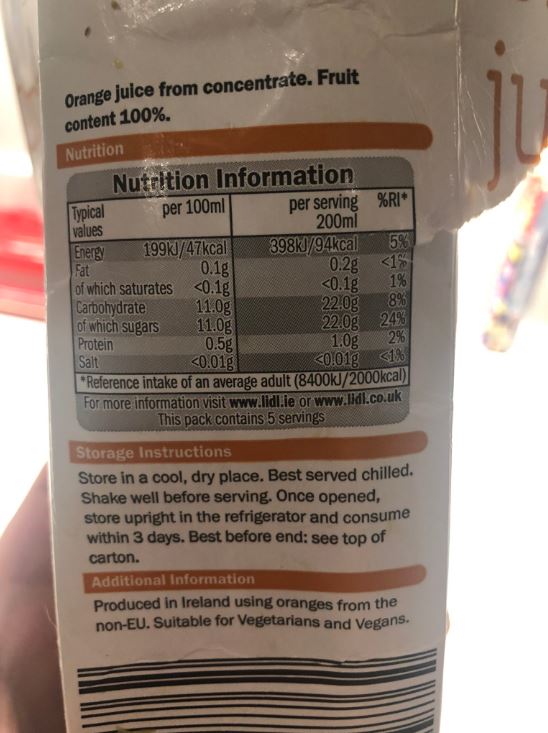