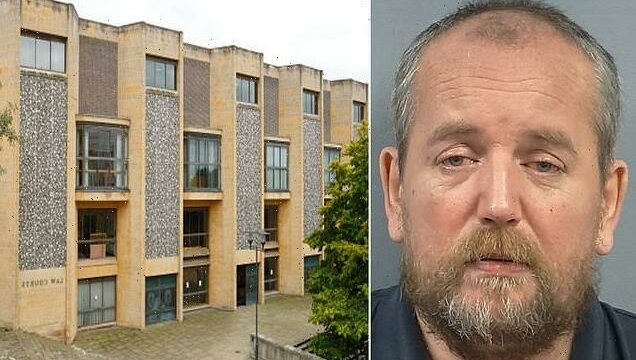 Husband, 42, ‘fed up’ with caring for his blind wife hit her with a meat cleaver after she knocked his Xbox over and told her, ‘One of us is going to end up dead and it’s not me’

A husband fed up with caring for his blind wife hit her in the head with a meat cleaver on Christmas Eve after his Xbox fell off a shelf, a court heard today.

Jonathan Eldridge, 42, ‘flipped’ when he returned home to the couple’s home in Ryde on the Isle of Wight after a drinking session to find his games console and TV had fallen onto the floor while he was out.

The court was told he had become ‘fed up’ with caring for spouse Victoria Eldridge and had told her that ‘one of us is going to die and it’s not me.’

He was jailed for nine years today for the ‘brutal attack’ that left his wife of 12 years bleeding and unconscious.

Mr Eldridge had become increasingly exasperated about looking after her in the months leading up to the attack. 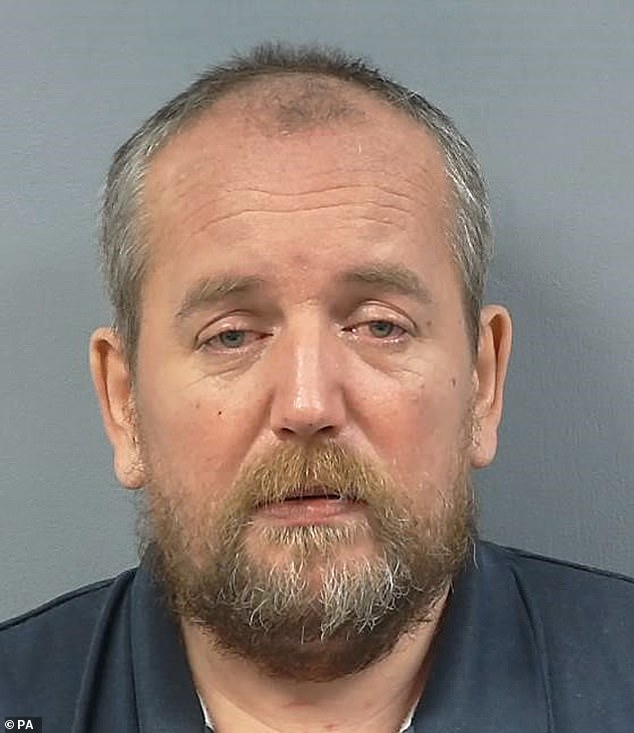 Jonathan Eldridge, 42, attacked his wife with a meat cleaver after returning home from binge drinking on Christmas Eve

He had attempted suicide the day before and went binge drinking when he was discharged from hospital, the court heard.

Oliver Wellings, prosecuting, said that the day before the incident ‘Mr Eldridge had taken a significant amount of ibuprofen in a suicide attempt, which he suggested that his wife was responsible for.’

Mr Wellings said Mr Eldridge told his wife on the phone from hospital: ‘You’re always saying sorry but it’s not working, something has to change. One of us is going to end up dead and it’s not me.’

Mr Wellings added: ‘Mr Eldridge went to Newport and had three or four pints before getting the bus to Ryde and having five or six pints there. He then got the bus home.’

Eldridge and his wife had two separate televisions, one for her to listen to, and one for him to use for gaming, the court heard.

The court was told that online gaming formed a significant part of Eldridge’s social life, particularly after lockdown. 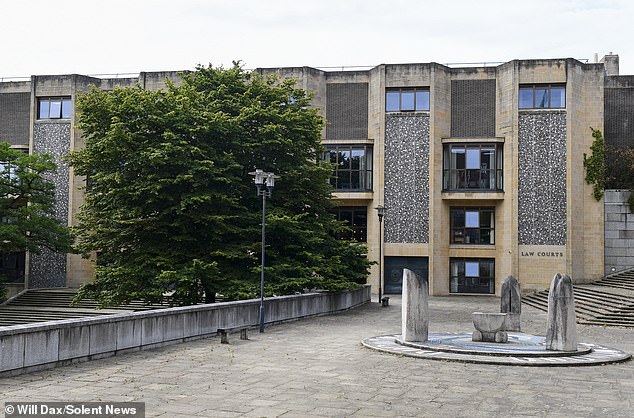 Winchester Crown Court heard Mrs Eldridge was ‘still living’ with the consequences of the brutal attack. Her husband of 12 years was sentenced to nine years in prison

Mr Wellings said: ‘It’s possible that when he got home he found that his TV and Xbox had been pulled off the shelf which caused him to flip.’

He ‘then approached his wife with [a meat cleaver].

‘He said: “I’m going to hit you with this meat cleaver.” He hit her with a single blow to the top of her head.

‘Luckily there was no serious damage to the brain.’

Police officers and paramedics were deployed to the address where they found the victim unresponsive on the sofa, having suffered significant blood loss, the court heard.

Eldridge was found guilty of causing grievous bodily harm with intent at a trial earlier this year.

In a witness impact statement read to the court today, Mrs Eldridge said that she was ‘still living’ with the consequences of her husband’s actions.

She said that she was ‘struggling to sleep’ and has started wearing a scarf in public to cover the scar on her head.

Mrs Eldridge said: ‘I’m still nervous of going out. I see shapes and I become frightened of what they might be holding.’

The couple are believed to have started divorce proceedings.

Sentencing him to nine years in jail, Recorder Barry McElduff said: ‘This was a brutal assault. Having been discharged from hospital, you went on a drinking binge that night.

‘You returned home that evening entering your property via the rear door.

‘You armed yourself with a meat cleaver, a weapon you must have chosen with the intention of causing maximum damage.

‘Rather by luck than judgement she [your wife] survived.

‘The effect upon Mrs Eldridge has been significant and enduring.’

Eldridge, who was also handed a restraining order, did not react as he was handed his sentence.

Following the sentencing, Detective Constable Adam Gamble of Hampshire Police said: ‘This was a shocking infliction of extreme violence which left a vulnerable woman with serious head injuries.

‘There is simply no excuse whatsoever to commit such a horrific act against another person.’