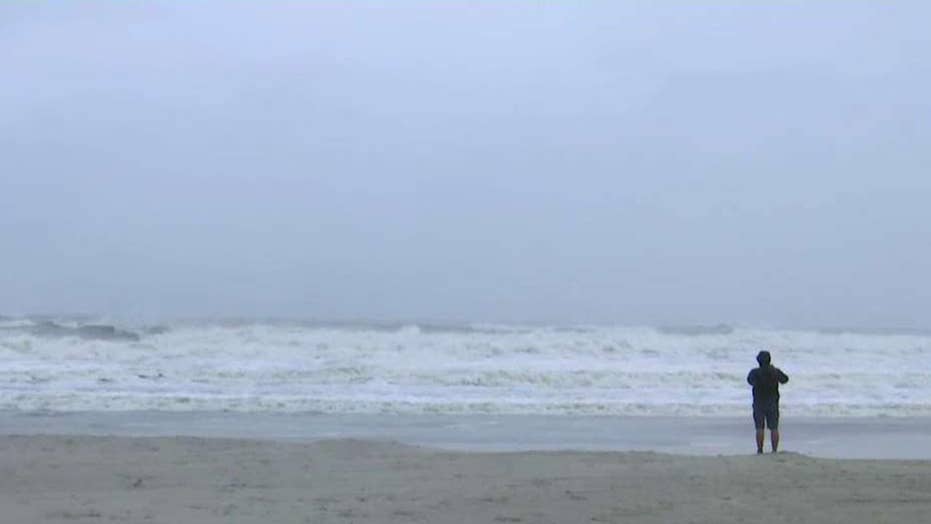 Outer bands of storm reaching the coast; Jeff Paul has the latest update on the storm.

In the most powerful hurricane ever to hit the Bahamas, the Category 5 storm devastated the island and killed at least seven people in its wake over the span of several days, officials said.

It was downgraded to Category 2 early Tuesday and the storm is expected to "move dangerously close" to the east coast of Florida and the Georgia coast overnight through Wednesday.

The center of Dorian is forecast to move near or over the coast of South Carolina and North Carolina Thursday through Friday morning, producing 5 to 10 inches of rainfall resulting in dangerous flash floods.

Dorian’s winds are expected to extend out to 175 miles from the hurricane’s core, blowing up to 60 miles from the center, according to the Tuesday evening update.

The South Carolina Emergency Management Division warned residents in designated evacuation zones to leave the area no later than Wednesday morning to reach "a safe distance from Hurricane Dorian."

President Trump tweeted, "At the request of Senator Thom Tillis, I am getting the North Carolina Emergency Declaration completed and signed tonight. Hope you won't need it!"

"Specifically, FEMA is authorized to identify, mobilize, and provide at its discretion, equipment and resources necessary to alleviate the impacts of the emergency. Emergency protective measures, limited to direct Federal assistance, will be provided at 75 percent Federal funding," Trump's mandate said.