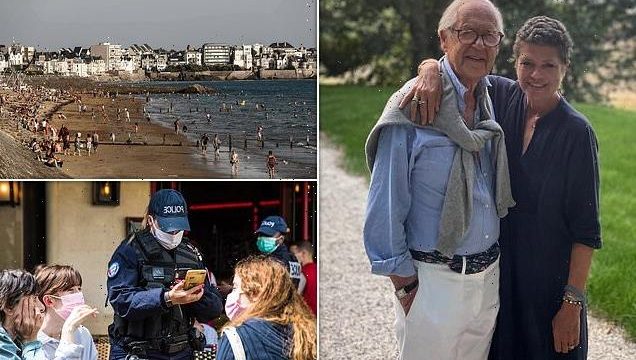 The most testing holiday of my life: After the shock of cancer, SARAH STANDING longed for a simple French sojourn. But after £700 on Covid checks and blood-boiling red tape, she describes the stress and monumental expense involved

Like many of us, I spent a great deal of the past year dreaming of the time when it would be possible to travel abroad.

In my case, it was a particularly powerful yearning, something to offset a wretched few months during which the long shadow of Covid had been compounded by the shock of a cancer diagnosis.

After a prolonged period in which life was dominated by a gruelling chemotherapy schedule, my husband John and I were both delighted when we were finally able to book a trip to our favourite sunflower-strewn corner of France. 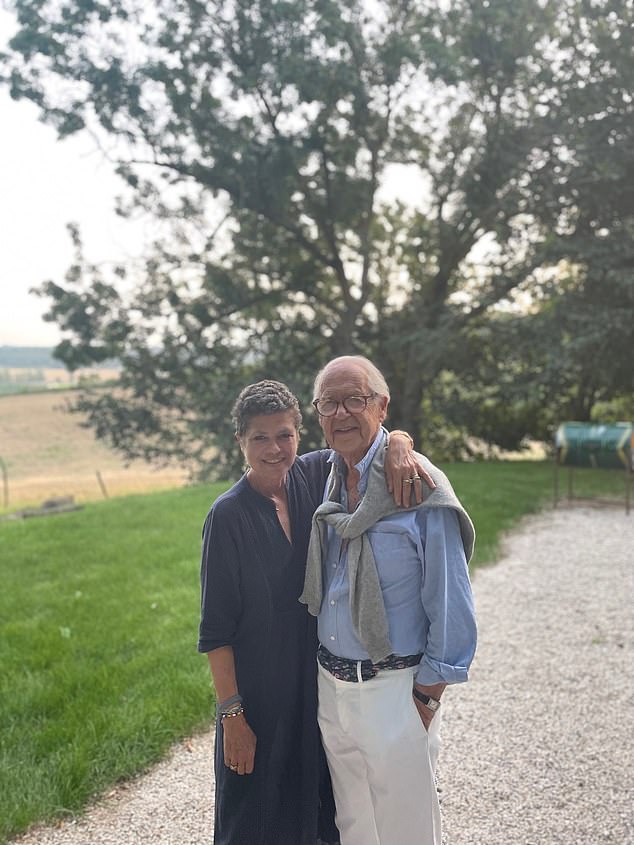 Sarah Standing, pictured her her husband John, travelled to France having recently completing a course of chemotherapy

We knew that we would have to jump through some bureaucratic hoops to get there — but we could little have envisaged the stress and monumental expense we would face.

From mountains of paperwork to the spiralling cost of Covid tests pre-departure and on return, it is no exaggeration to say that our longed-for holiday was hijacked both by ludicrous red tape and the naked profiteering of the private companies making merry on the back of our indecisive, hamstrung Government.

Sadly, my experience is one shared by millions of British holidaymakers this summer, many of whom have faced crippling costs in order to take their family on a longed-for foreign break.

As the Daily Mail has admirably highlighted, for a family of four the various required tests on departure and re-entry to the UK can reach a staggering £1,000 — with reports yesterday that tests can cost up to five times the price of a return flight to Europe.

In all, this additional cost may not be far off the entire budget for a family’s holiday — for some, this could put foreign travel out of reach altogether. 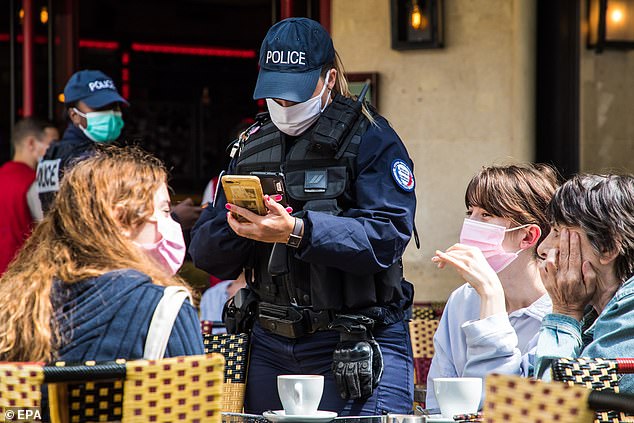 As the Daily Mail has admirably highlighted, for a family of four the various required tests on departure and re-entry to the UK can reach a staggering £1,000 — with reports yesterday that tests can cost up to five times the price of a return flight to Europe

And those who do stump up must navigate a Wild West marketplace with hundreds of ‘government-approved’ test providers charging anything from £50 to an eye-watering £475 for a single test (on average, holidaymakers are paying £93 for a post-return PCR).

While, yesterday, Professor Stephen Bustin, an expert on PCR testing at Anglia Ruskin University, said that a ‘fair’ price would be closer to £20.

If this naked profiteering sounds familiar, that is because just over a year ago the provision of PPE to our frontline health workers was also outsourced to a bewildering array of private-sector companies awarded lucrative contracts to fulfil this vital service.

You might think the Government would have learned its lesson after the ensuing outcry, particularly given that foreign travel was the carrot they dangled at the start of the vaccine roll-out.

They could have made the process as simple as possible, with a centralised system providing access to free — or at least cheap — tests, and a straightforward traffic- light system in which only the unvaccinated or those returning from high-risk countries, would need to worry about quarantine and multiple Covid tests.

That is what travel industry leaders — and a swathe of the general public — repeatedly requested of ministers.

But instead, the Government sat back as the British public has been ripped off and exploited by a system which has rapidly descended into a farce. 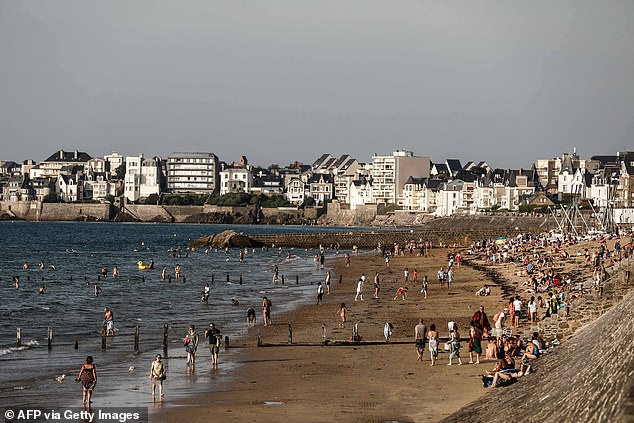 That’s certainly the word that springs to mind given the pictures in the Mail yesterday of the overflowing PCR test drop-off box of one of the ‘government-approved’ providers — making a mockery of travellers’ desperate and expensive endeavours to do the right thing.

Of course, there are some who believe that those of us who booked a trip abroad this year are hoist by our own petard. Why not wait a few more months, they cry.

The answer is that after more than a year of on-and-off lockdown, with its social isolation and the hell of home-schooling for many, a holiday is the one thing people could look forward to, an enticing slice of freedom which beckons for the double-vaccinated. Or so we were promised.

My husband John and I both count ourselves among that number. Following five months of chemotherapy for the non- Hodgkin’s lymphoma with which I was diagnosed at the start of the first lockdown, our spirits were lifted by the prospect of a trip across the Channel for some much-needed recuperation.

Given that my immune system remains compromised, we had deliberately chosen somewhere remote.

But, in common with every other holidaymaker this summer, our plans nonetheless unfolded against a backdrop of endless form-filling, as well as a compulsory PCR test prior to departure (as was the rule for France, despite both of us being double-jabbed), for which we paid £210.

While fairly confident of the result, I was keenly aware that whatever our vaccine status, a positive test result would scupper our entire trip at a stroke, and I couldn’t help thinking about the horribly magnified stress for those who are travelling in larger groups or with children.

Thankfully, our tests came back negative, and the following day we boarded our flight to Toulouse, greeted with nonchalance by the French authorities on our arrival.

So far so good. But ten days into our break I awoke early to learn that the UK’s Covid rules had changed overnight.

France was now deemed an ‘Amber Plus’ country, and unless John and I could get home within 72 hours, we would be required to isolate for ten days on our return.

What followed next was little short of a nightmare, our precious last days spent huddled over a computer with sporadic wifi (this was rural France, after all), desperately trying to change our flight on a website that crashed within hours of the Government’s announcement.

Realising we couldn’t get back before the deadline, there was nothing else for it but to download more passenger locator forms and liaise with our local chemist back home in Pimlico, London, getting it to deliver two testing kits — one for day two, the other (to ‘test and release’ from isolation) for day five — to await our return.

Two days before our departure, meanwhile — our holiday well-being now more or less evaporated — we had to make a 90-minute round trip to the nearest town for more tests to be deemed ‘fit-to-fly’.

Despite this flurry of costly negative tests, we still had to then plunge ourselves into isolation at home on return, dutifully sending off our day two and day five tests, only to receive no notification on the results of the latter. What on earth was the point?

The whole thing left me furious. As a nation we are a largely obedient bunch, dutifully following the rules that have been given to us in these uncertain times.

We have done the same with our holiday plans, only to find ourselves treated with what feels like little less than contempt.

The Government is, at least, finally taking some notice. This week the competition watchdog announced it had launched an investigation into these rip-off coronavirus tests for holidaymakers.

It’s certainly a step in the right direction, but one which comes much too late for the majority of us who have already paid an extortionate price for our small slice of summer.