TWISTED racists are reacting to the Black Lives Matter movement with sickening displays of hatred. 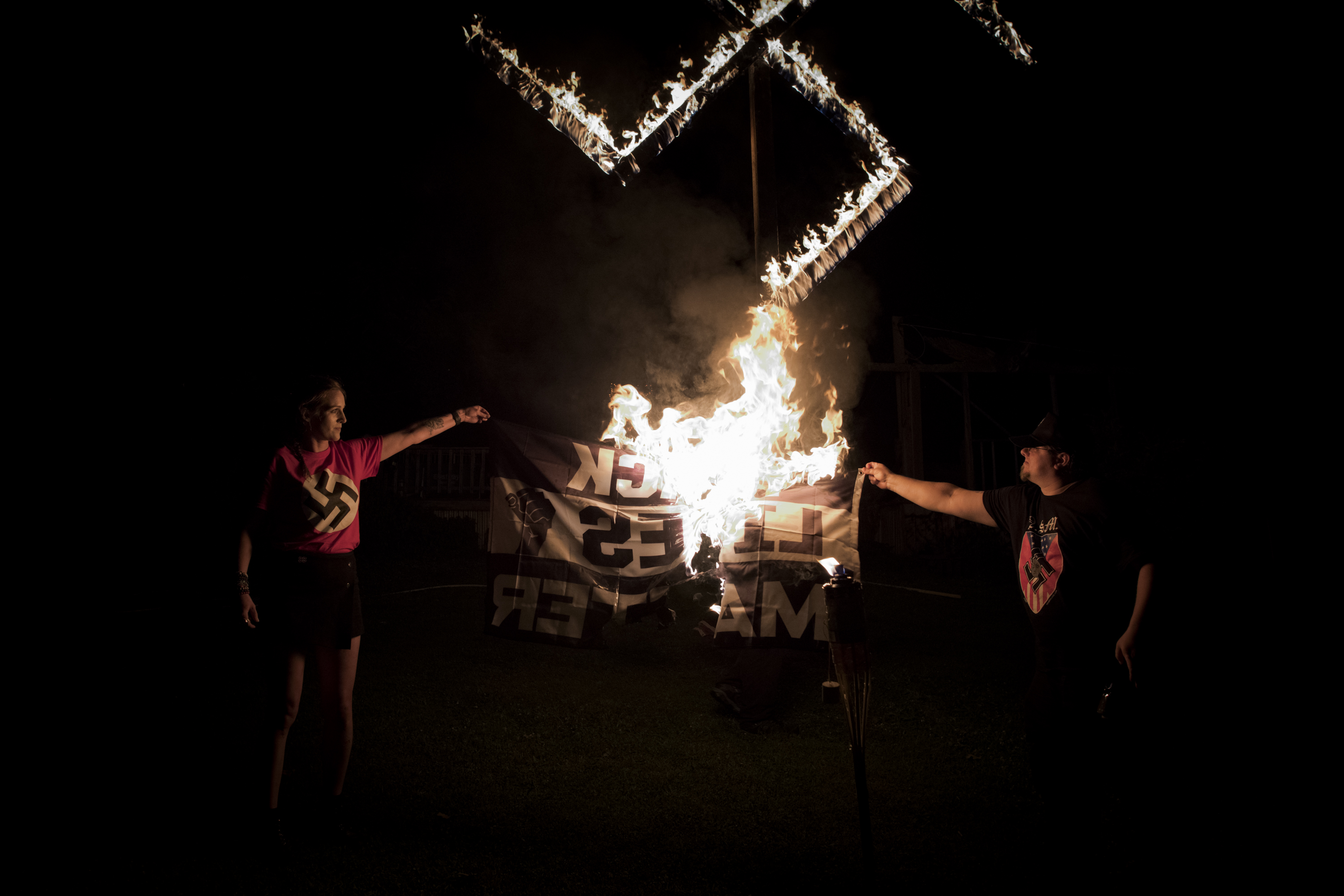 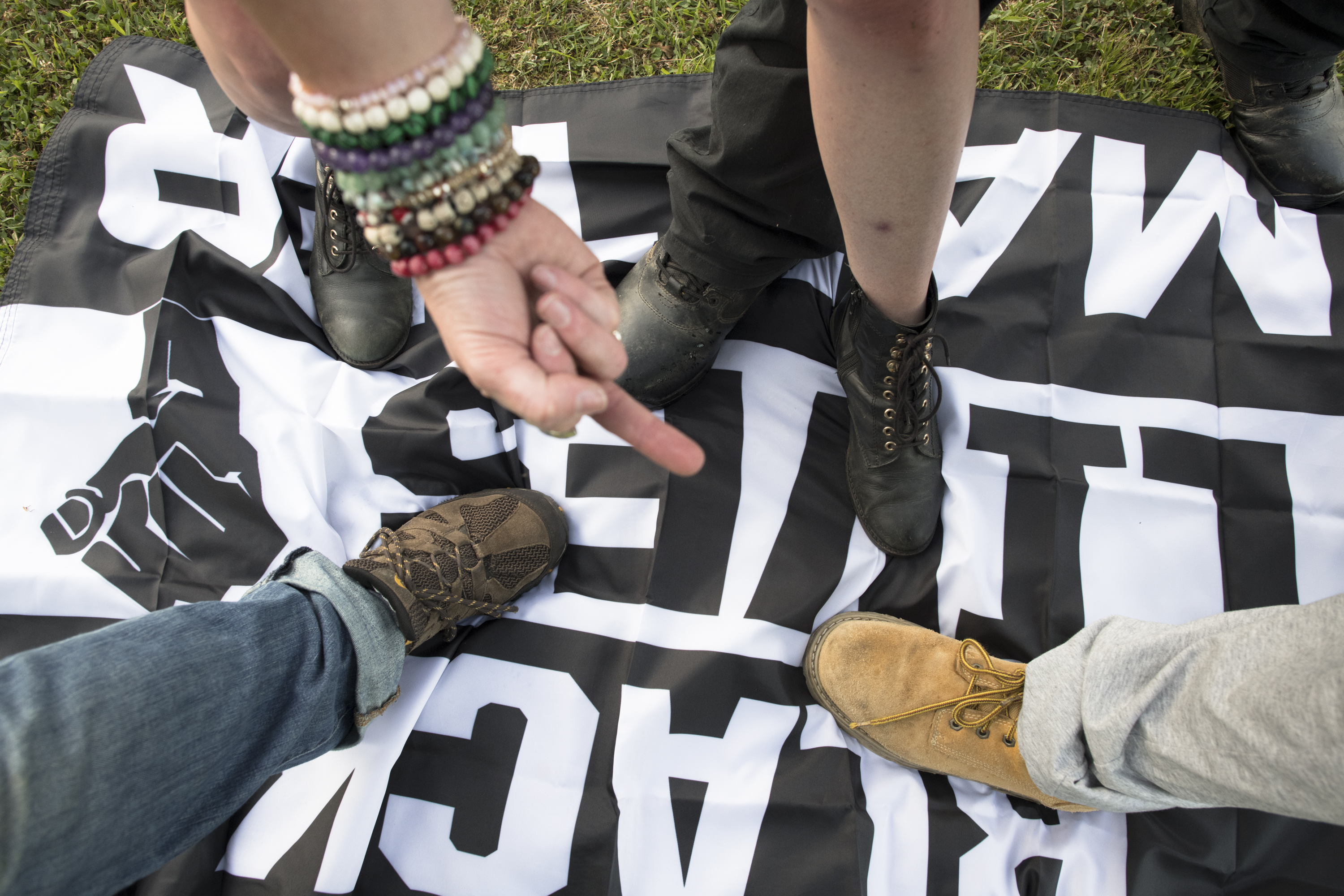 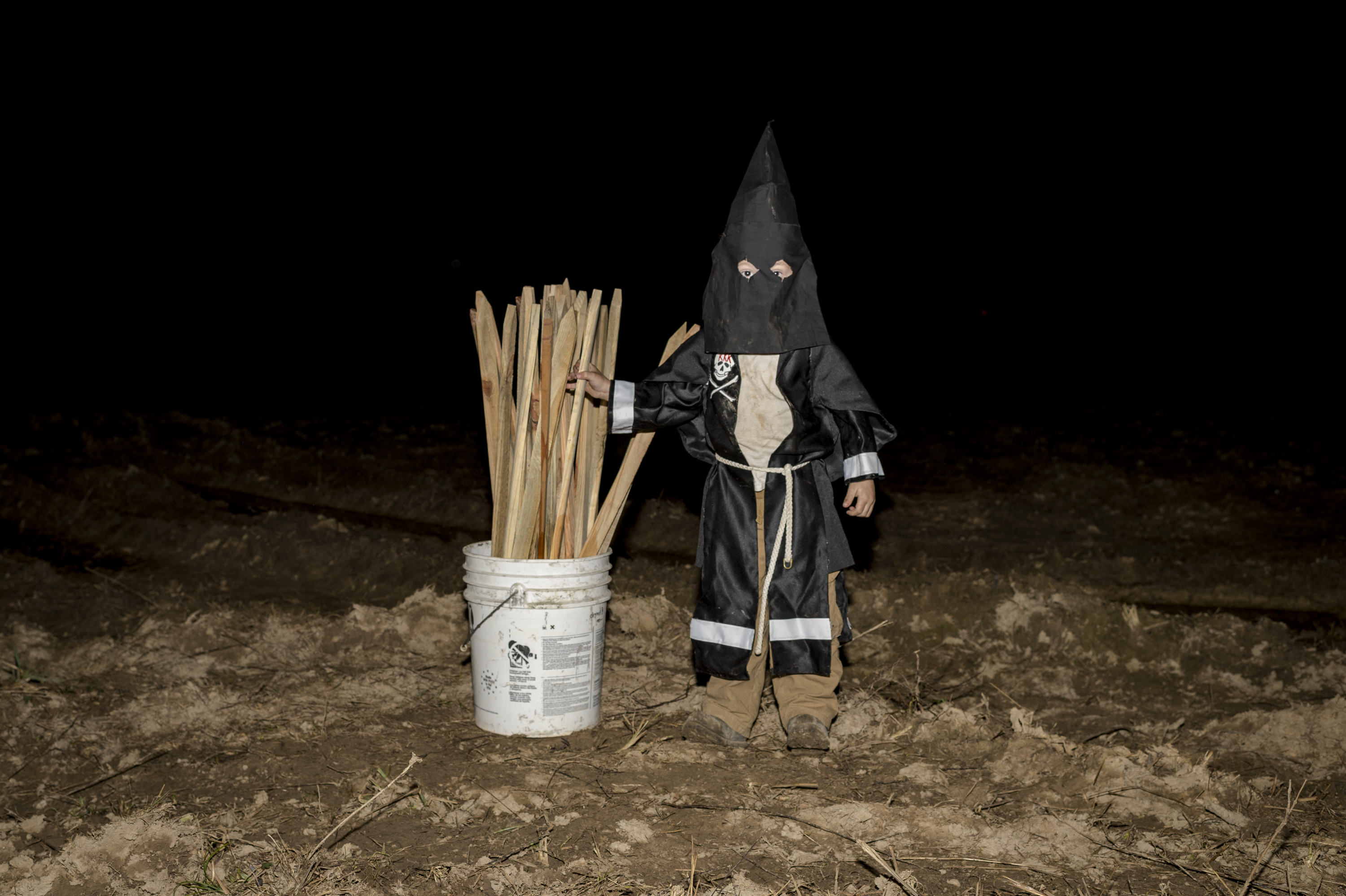 And his worrying images prove the country still has a long way to go to combat its racism problem.

His father is an Imperial Knighthawk – security within the Klan ranks – and his mom fabricated his robe out of left over material from his dad's. 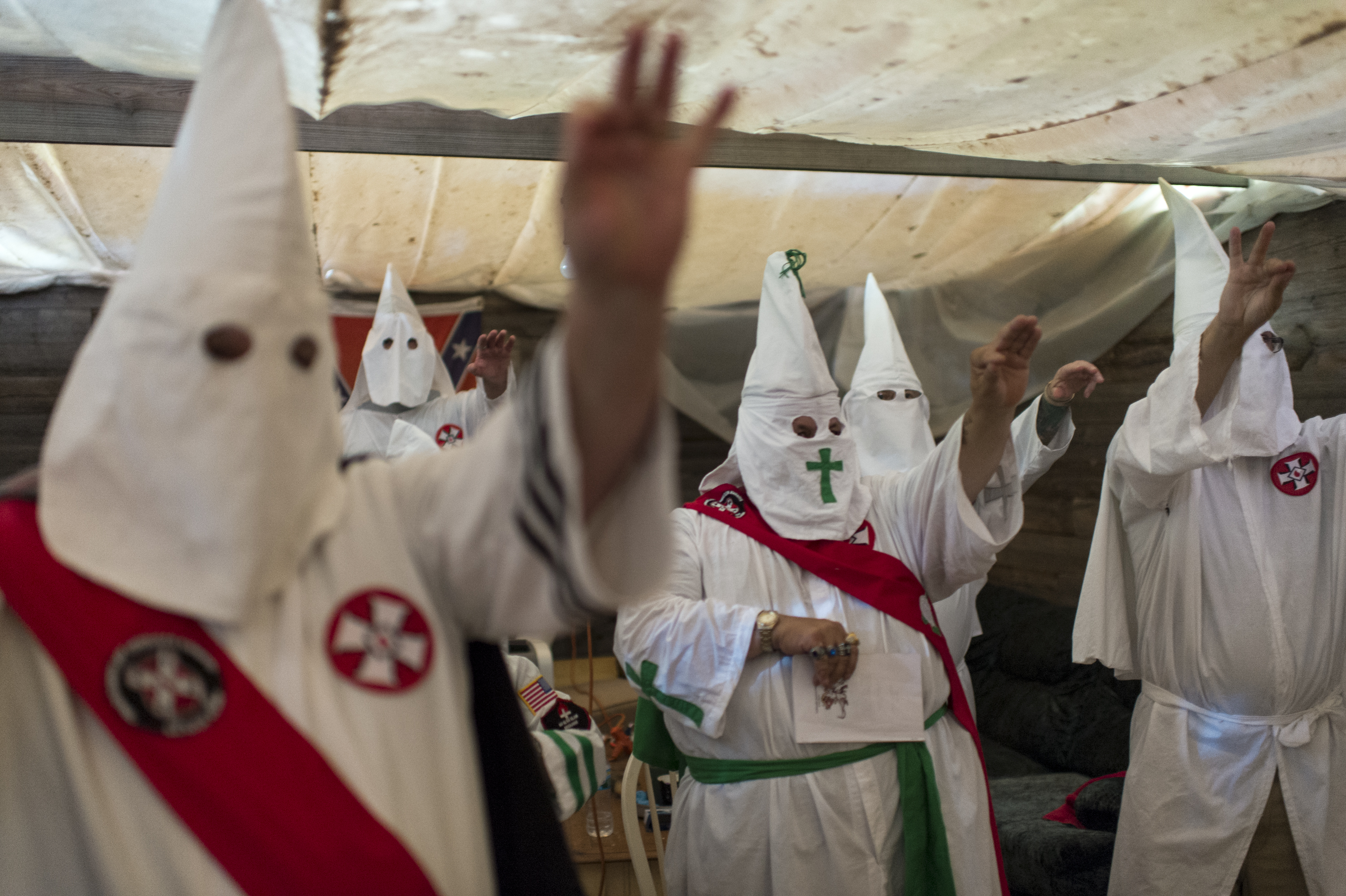 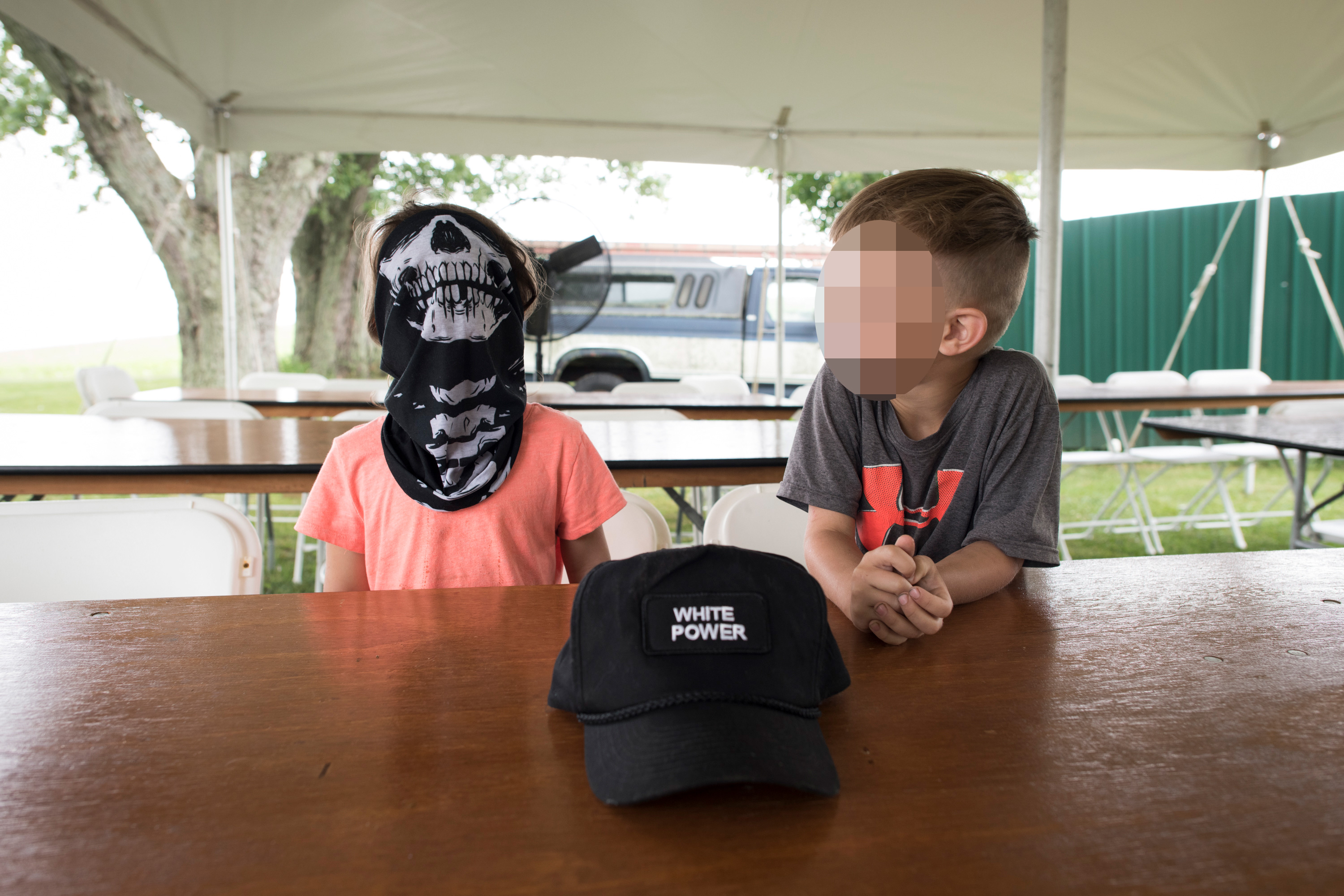 Another shows a young boy lying on a table next to his dad – who is packing and pistol and wearing a swastika armband.

Last month the former Imperial Wizard of the KKK predicted there won't be a race war in America as he said the BLM movement was "nothing'." 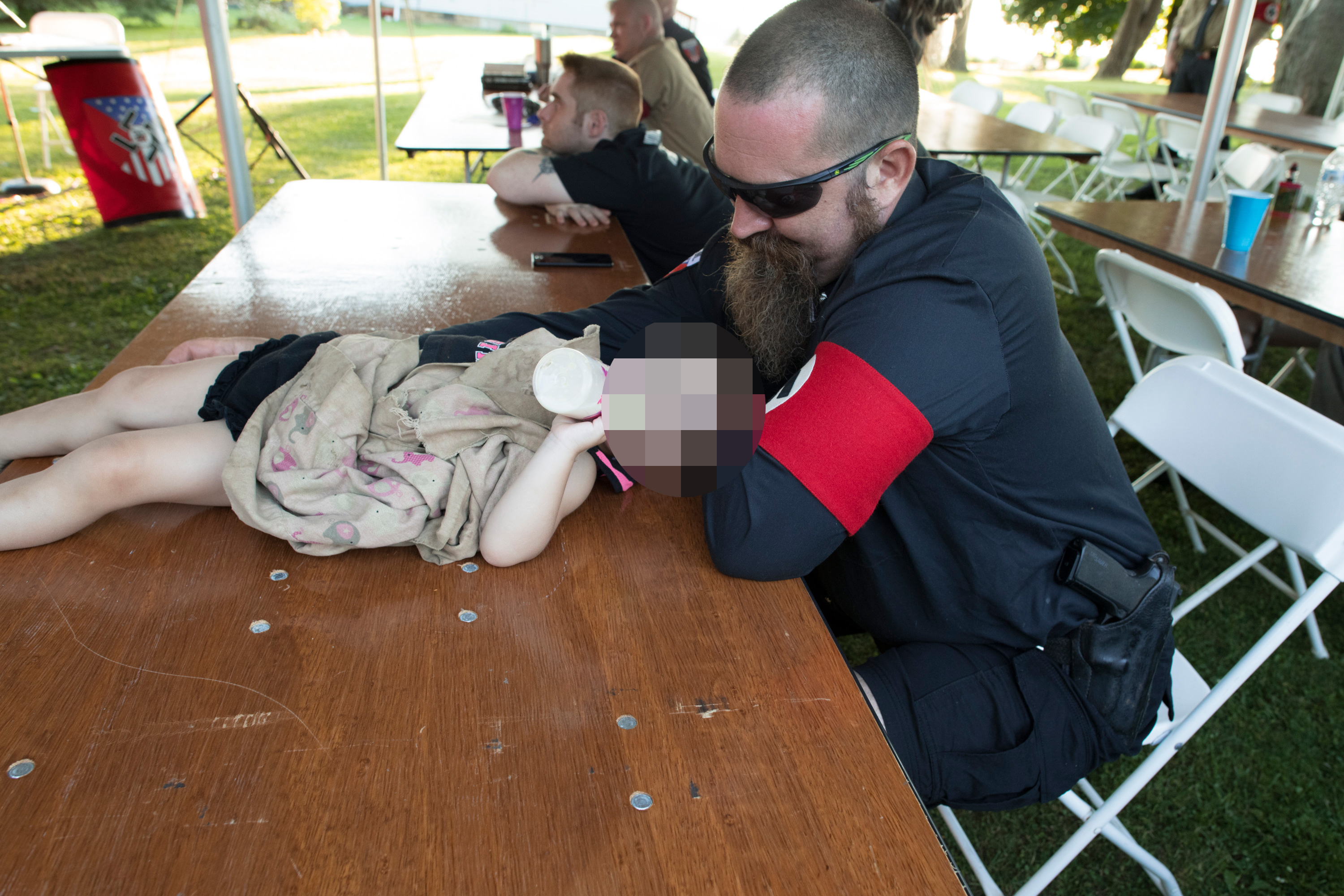 Bill Wilkinson was reviled across America when he served as Imperial Wizard of the Invisible Empire of the Knights of the KKK from 1975 to 1984.

He alleged any police brutality he had seen on the news was "justified" and the BLM protests were pointless.

Photographer Karen started his project by contacting a number of local KKK groups via contact information on their websites.

Most said no, but one eventually agreed to let him photograph a cross lighting ceremony if he left his camera in the car until it began. 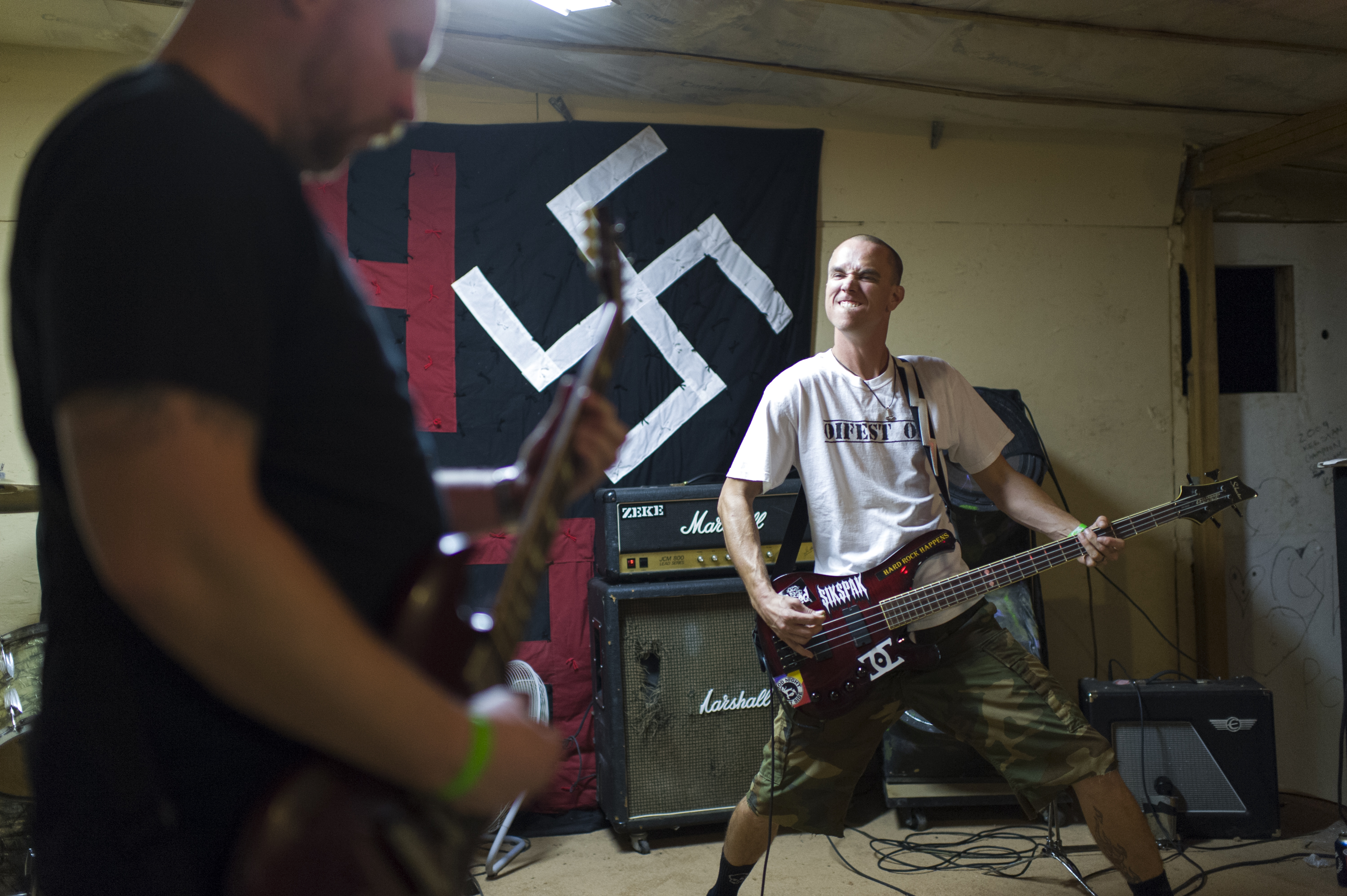 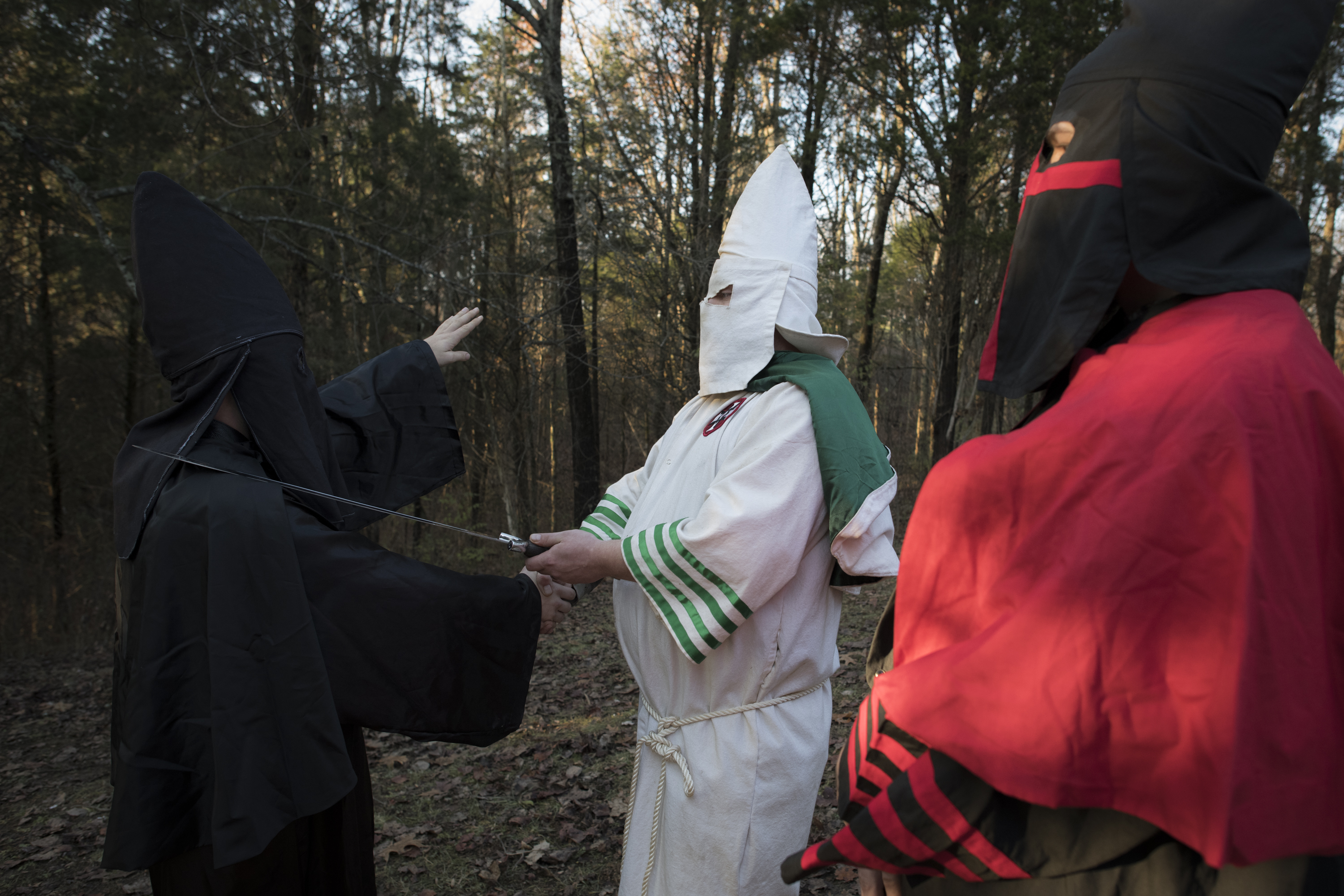 After the first event, Karen met with the leader of one of the largest Klan organizations, who extended an open invitation for him to attend any events he hosted.

That acceptance led to other far-right organizations to take him seriously and invite him to their gatherings.

The Klan also invited him to a lot of casual gatherings includingbarbecues and even a traditional Klan wedding, held at a Civil War battleground site.

"Once your subject feels that you respect them as a person, they tend to forget about the camera altogether and the intimacy will occur naturally," Karen once told Business Insider.

The photographer served in the US Marine Corps and worked for many years in the personal protection industry.

He has traveled extensively worldwide and has volunteered on numerous international medical missions.