ON the face of it any conflict between Iran and the combat forces of the United States should be a pretty one-sided affair.

After all, the Pentagon's $600bn annual military budget for 2019 is 100 TIMES that of Tehran's outdated armies. 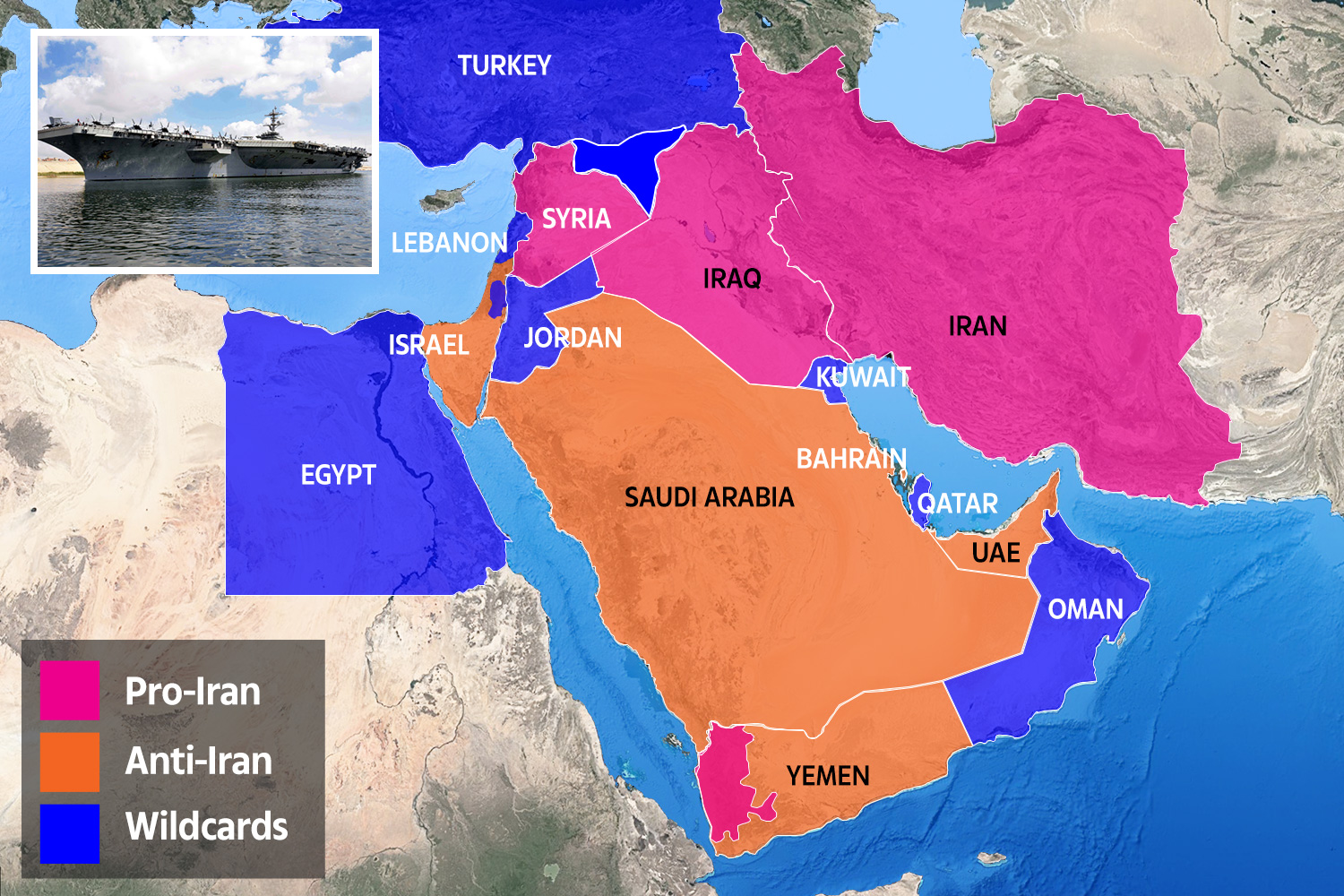 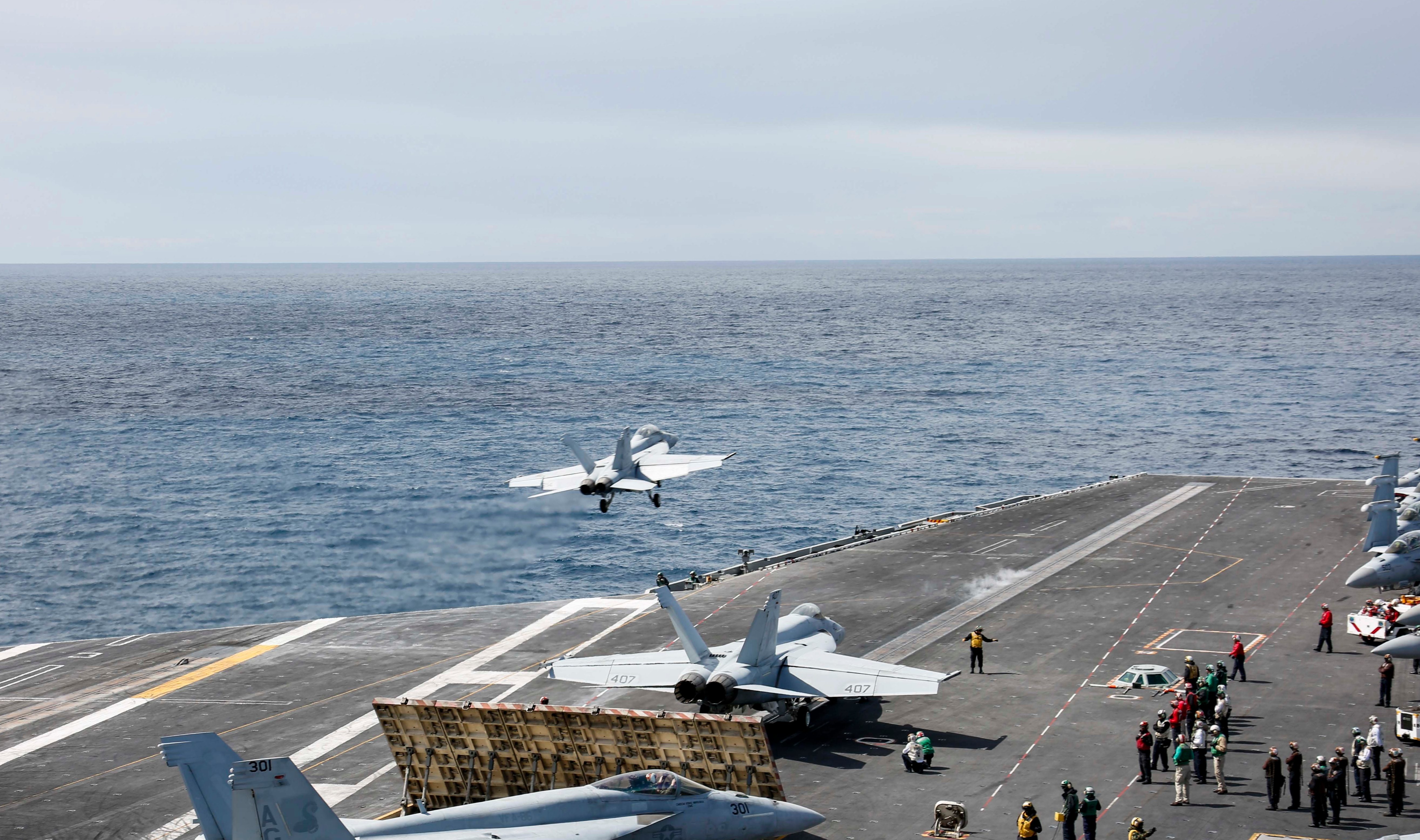 However, as the Americans learned to their great cost in Vietnam – and again in Afghanistan  – you should never underestimate the enemy.

It's a move that could spark an all-out conflict in a region already divided by those fiercely loyal to either Iran and Washington.

Tehran has a very large military and a growing armoury of increasingly accurate land-based ballistic and cruise missiles.

It also has a massive, if ageing, navy that includes a contingent of hard-to-detect "midget" submarines.

Iran's other great strength is the loyalty of its allies – friendships formed out of a joint hatred of America and Israel.

Regionally it counts Syria, Iraq and parts of Yemen among its friends, however military observers say it's highly unlikely they would join them in taking on the mighty US.

Syria is still involved in its own bitter civil war as is Yemen while Iraq is still counting the cost of the last Gulf War.

On a global scale both Russia and China are seen as friends.

Although its relationship with both superpowers is built around oil and trade rather than any military commitment.

That said, the Kremlin would clearly have nothing to lose from the US becoming embroiled in another costly war in the Middle East.

Some reports even claim Putin has given Tehran the "green light" to flex its military muscle in the Middle East. 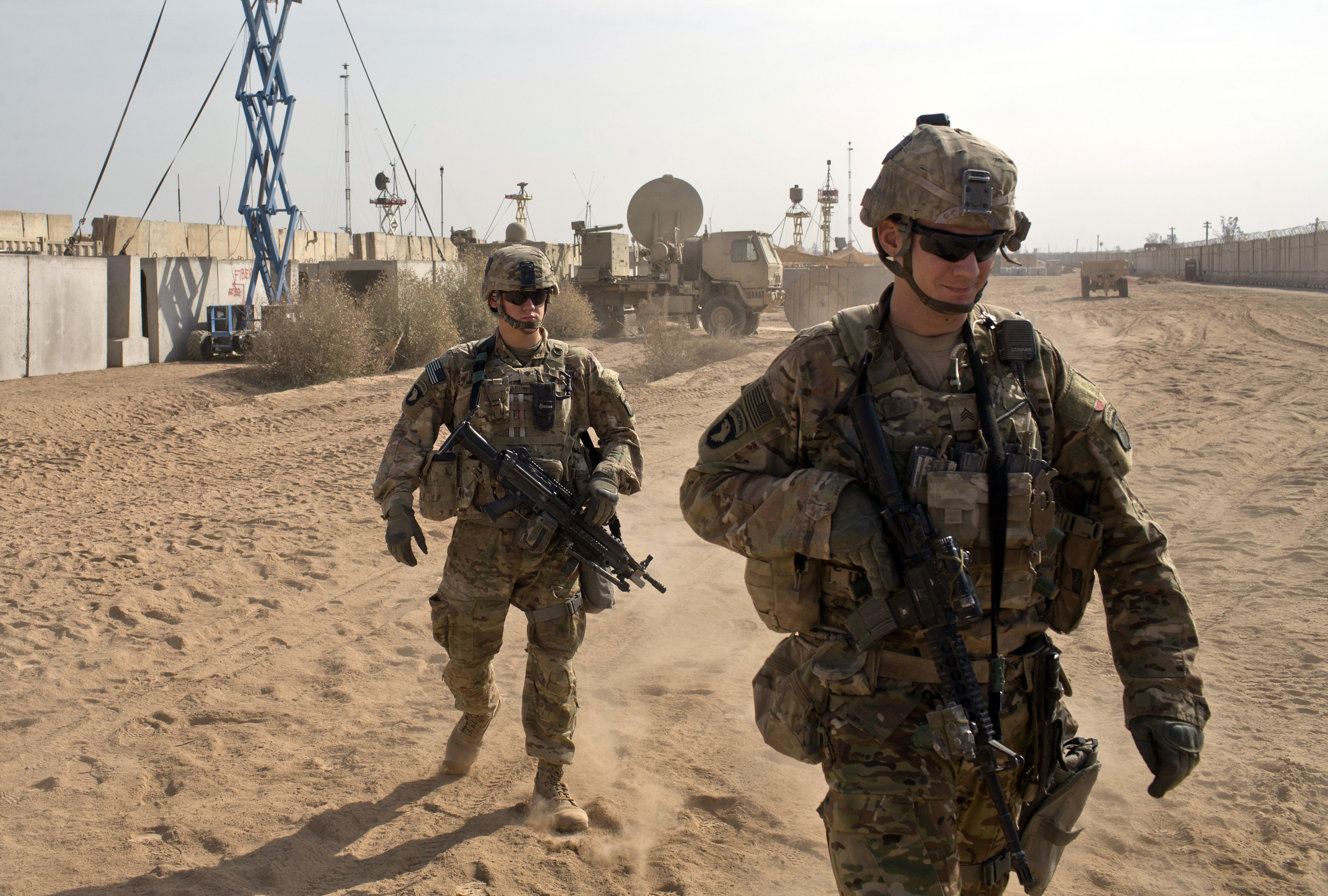 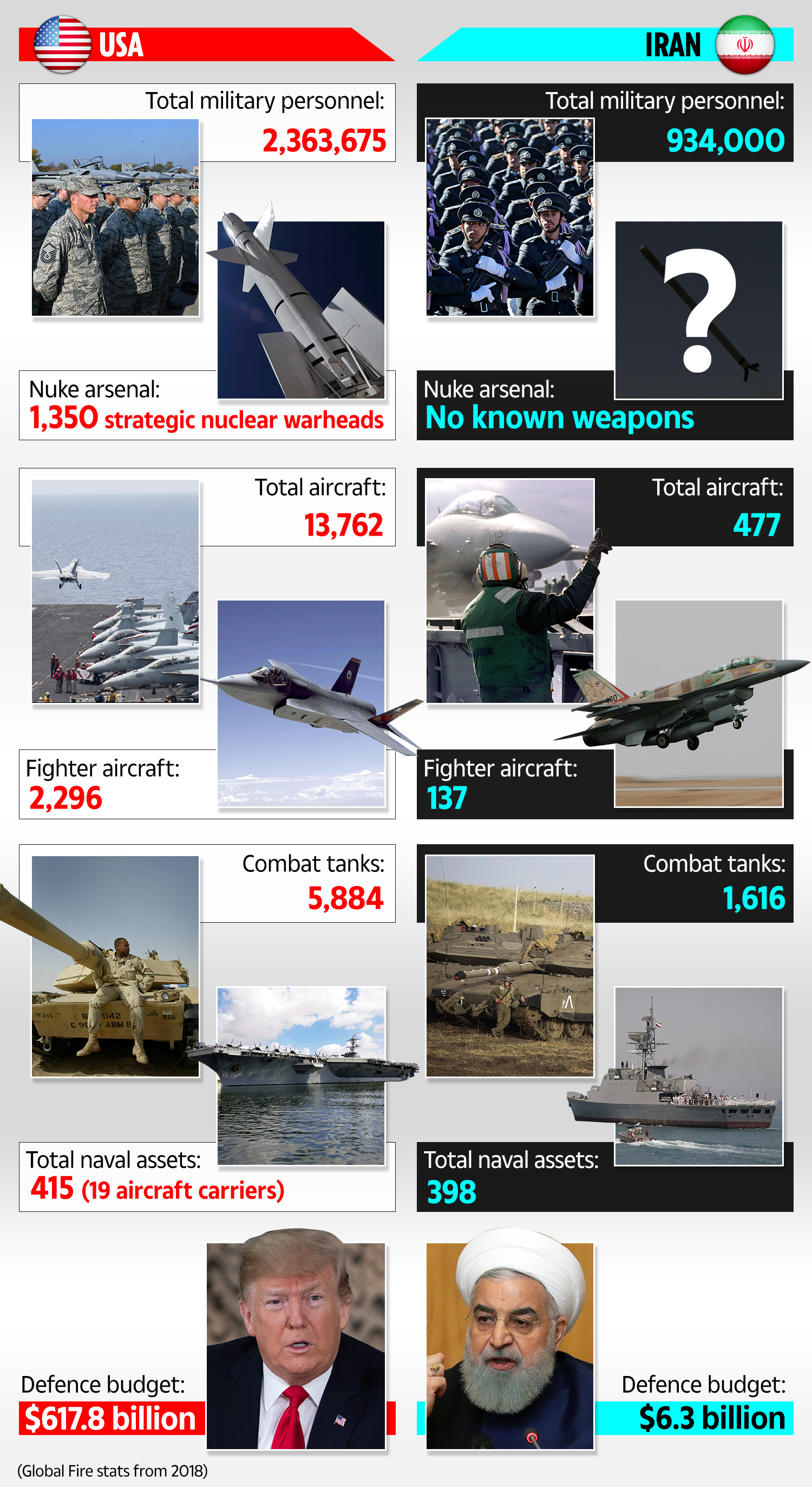 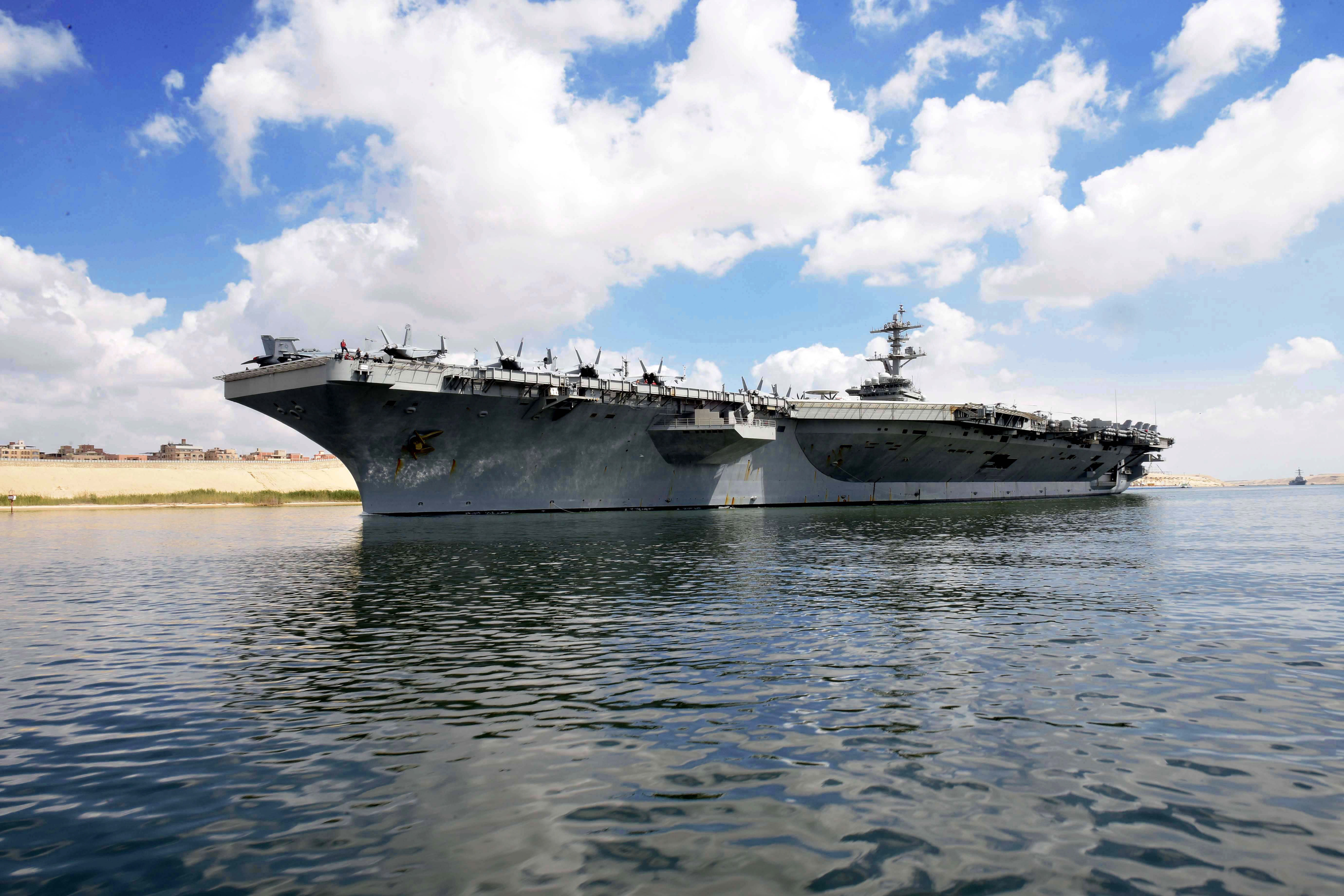 On the flip side, Iran also has some very powerful enemies right on its doorstep in both Israel and Saudi Arabia.

Either could be quickly dragged into battle to support the US – a fiercely loyal ally to both countries.

One in ten of Israel's 8,000,000 population serve in the military and the Saudis have more than 1,100 battle tanks and 177 fighter jets primed for action.

Iran has already threatened to attack US ally Israel in retaliation for any strike by American military forces.

Iranian Parliament's vice-speaker Ali Motahhari said: “The US military forces' deployment in the Persian Gulf is more of the nature of psychological warfare.

“They are not ready for a war – especially when Israel is within our range.”

In chilling echoes of the invasion of Iraq, US defence chiefs have already reportedly drawn up military plans which would see a huge response to any future Iranian aggression.

At a top level White House meeting Donald Trump's top aides outlined a scenario which would see 120,000 US troops head to the region to engage the enemy.

The plans reportedly spell out how a vast land, air and sea force would be sent to America's regional allies bordering Iran should its foe attack US forces.

The deployment could also be sparked if Iran accelerates its work on nuclear weapons, according to defence sources – in breach of an international treaty.

Trump's hard-line national security adviser John Bolton is said to have ordered the heavily beefed-up military plans in response to growing tensions in the region.

How could a Iran v US war be sparked in the Middle East?

Iran may choose to use the element of surprise to subject US naval forces in the Gulf to a concentrated and combined arms attack.

Surface vessels could swarm US battleships firing a huge volume of missiles to overwhelm the Navy’s AEGIS combat system.

While these attacks are underway, Iran may use short range ballistic missiles to strike US airfields, bases and ports in the region.

Iran's military leaders would try to overwhelm US and it allies' missile defences with salvos of less accurate missiles.

It would then switch to more accurate rokcets armed with submunitions to destroy unsheltered aircraft and other military systems.

After initial attacks in the Persian Gulf, Iran will likely use its maritime exclusion systems to control passage through the Strait of Hormuz.

Mine warfare should feature prominently in Iranian attempts to close the Strait, reports the Center for Strategic and Budgetary Assessments.

Though Iran may wish to sink a US warship with a mine, its primary goal would be to deny passage and force the US Navy to engage in prolonged mine countermeasure (MCM) operations while under fire from shore-based attacks.

The Strait of Hormuz waterway separates Iran and Oman, linking the Persian Gulf to the Gulf of Oman and then the Arabian Sea.

The Strait is 21 miles (33 km)wide at its narrowest point, but the shipping lane is just two miles (three km) wide in either direction.

"The United States is not seeking war with the Iranian regime, but we are fully prepared to respond to any attack, whether by proxy, the Islamic Revolutionary Guard Corps or regular Iranian forces," he said.

Bolton, a senior official in the administration that launched the Iraq conflict, had called for attacks on Iran before even taking up his current post.

US B-52 bombers have already arrived at a base in Qatar in a menacing warning to Iran.

On Monday, President Trump warned: “We’ll see what happens with Iran. If they do anything, it would be a very bad mistake.”

Asked about the "sabotage" attacks on US-bound oil tankers in the Sea of Oman, he added: "It's gonna be a bad problem for Iran if something happens, I can tell you that."

Some senior American officials said the simple fact battle plans have already been drawn up show how dangerous the threat from Iran has become.

Others, who are urging a diplomatic resolution to the current tensions, said they are just a scare tactic to warn Iran that the US is not to be messed with.

However, international observers warn if war does break out it could easily escalate into a conflict that would eclipse the previous two Gulf Wars.

Iran also suggested it could resume nuclear activities such as uranium enrichment – something which was prohibited in the nuke deal which Donald Trump pulled the US out of.

Amid the spiralling regional tensions, Tehran staged large scale drills in the Strait of Hormuz and the Sea of Oman earlier this year to prove to the world it is battle ready.

"For the first time, these weapons will be tested seriously and we can make the maritime region unsafe for the enemy in any way possible," said Rear Admiral Hossein Khanzadi, commander of Iran's navy.

However, Jonathan Schanzer, of the Foundation for Defense of Democracies think tank in Washington, does not see a direct military confrontation as an option.

“H.R. McMaster said that, ‘There are two ways of fighting America: One is asymmetrically, and the other is stupid,’” he said.

“In other words, there’s only one way to fight the United States at this point. And that is through terrorism and insurgency.

"The idea that Iran would square off with the United States in a conventional conflict is not serious.” 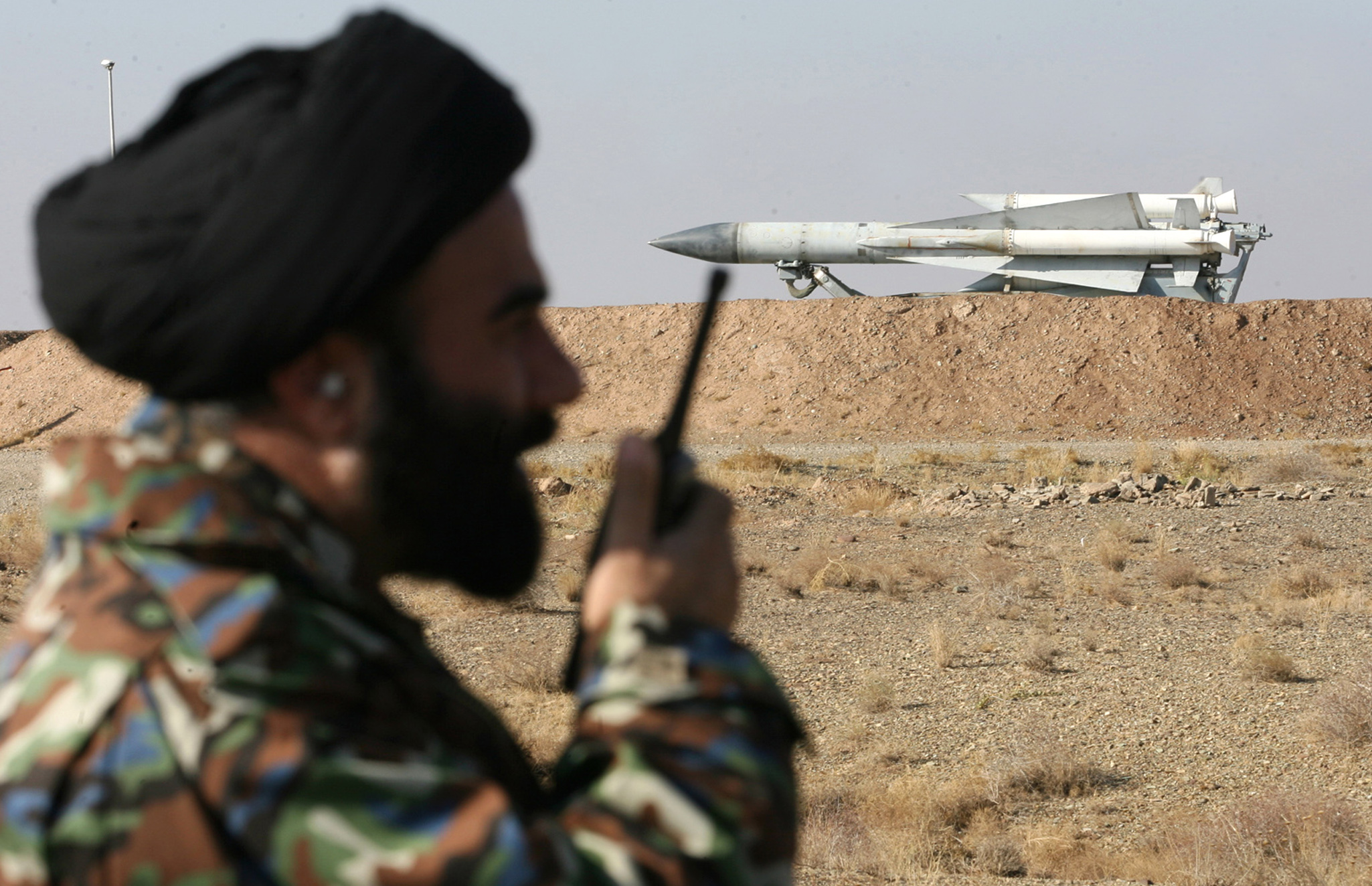 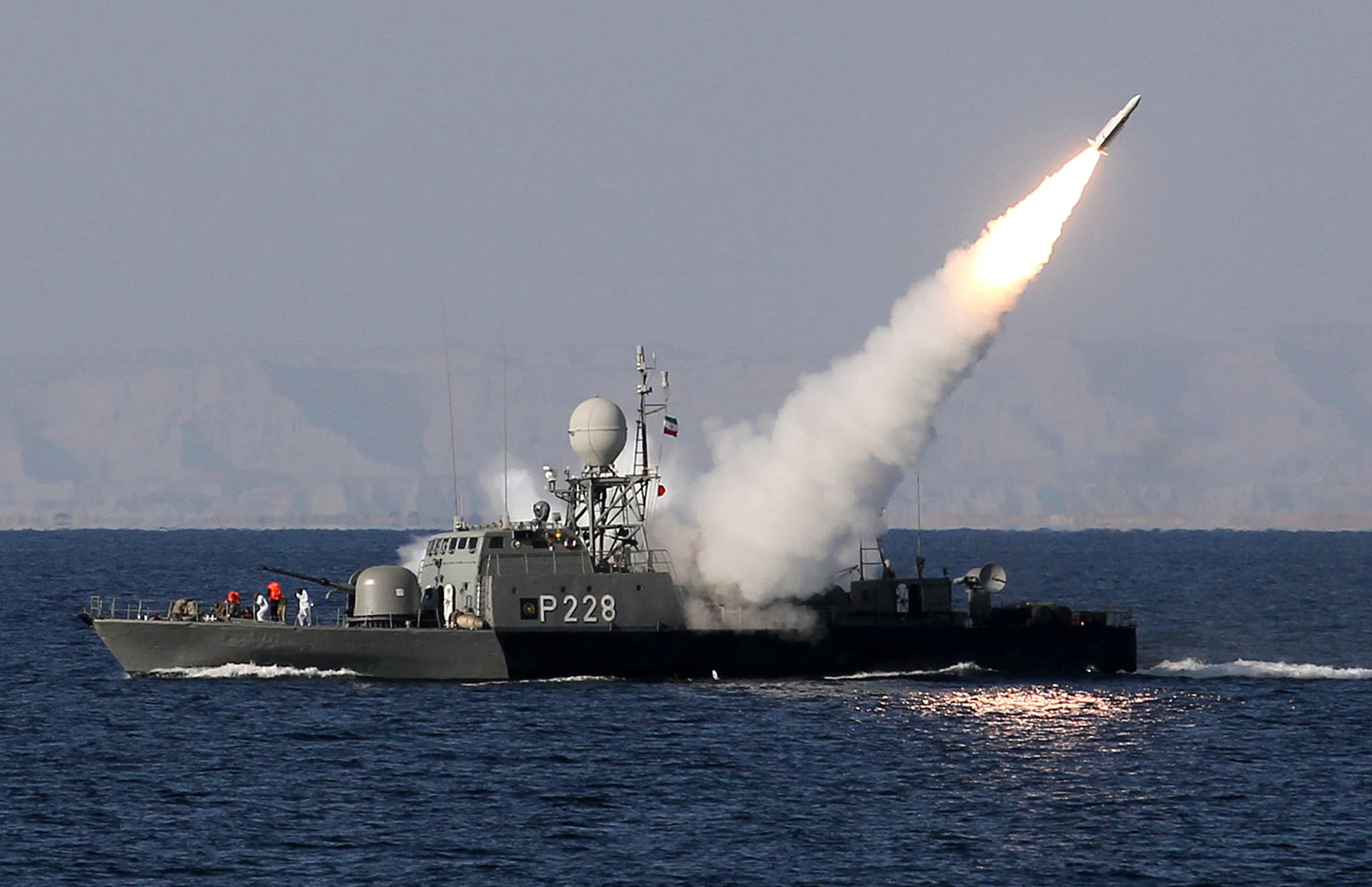 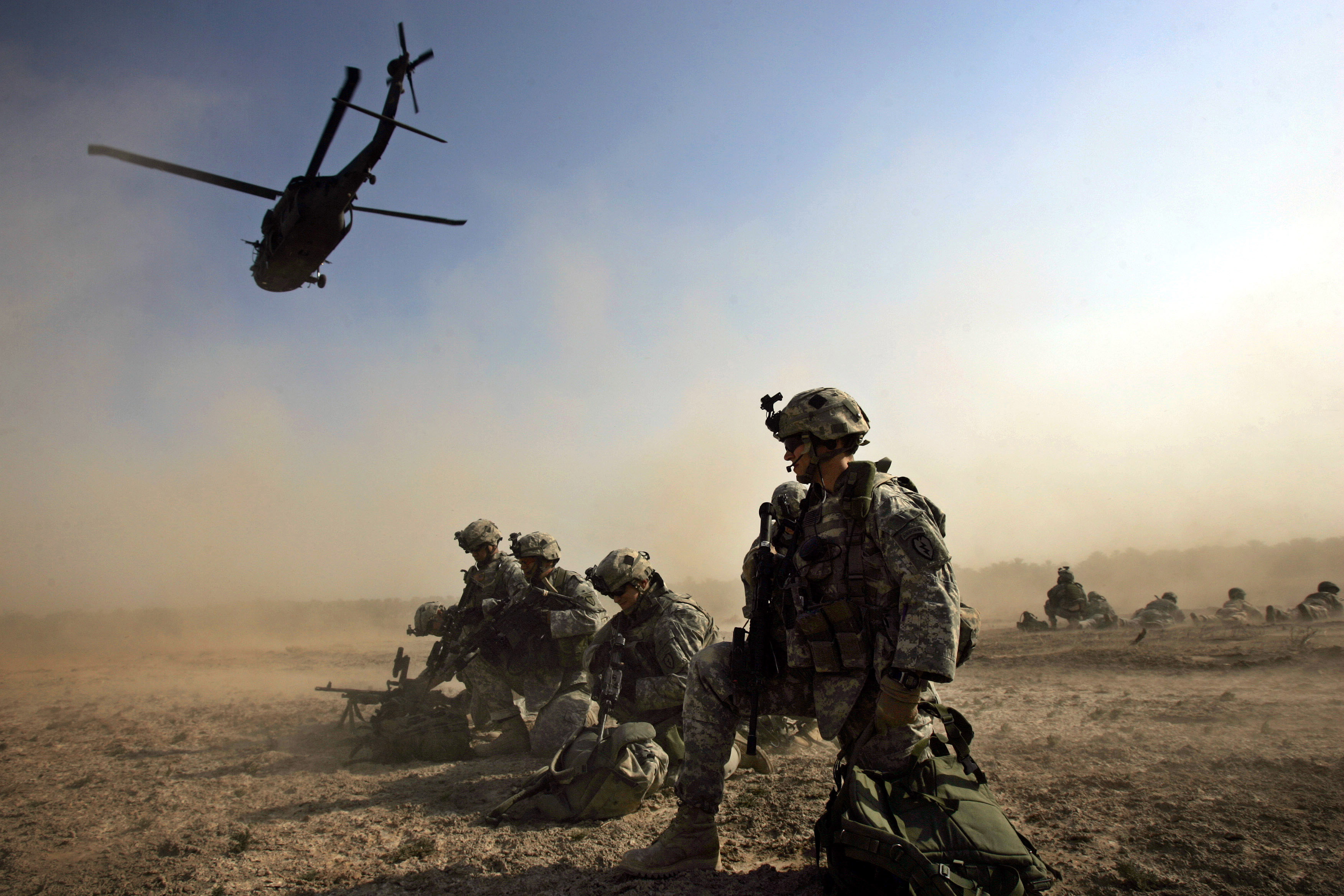 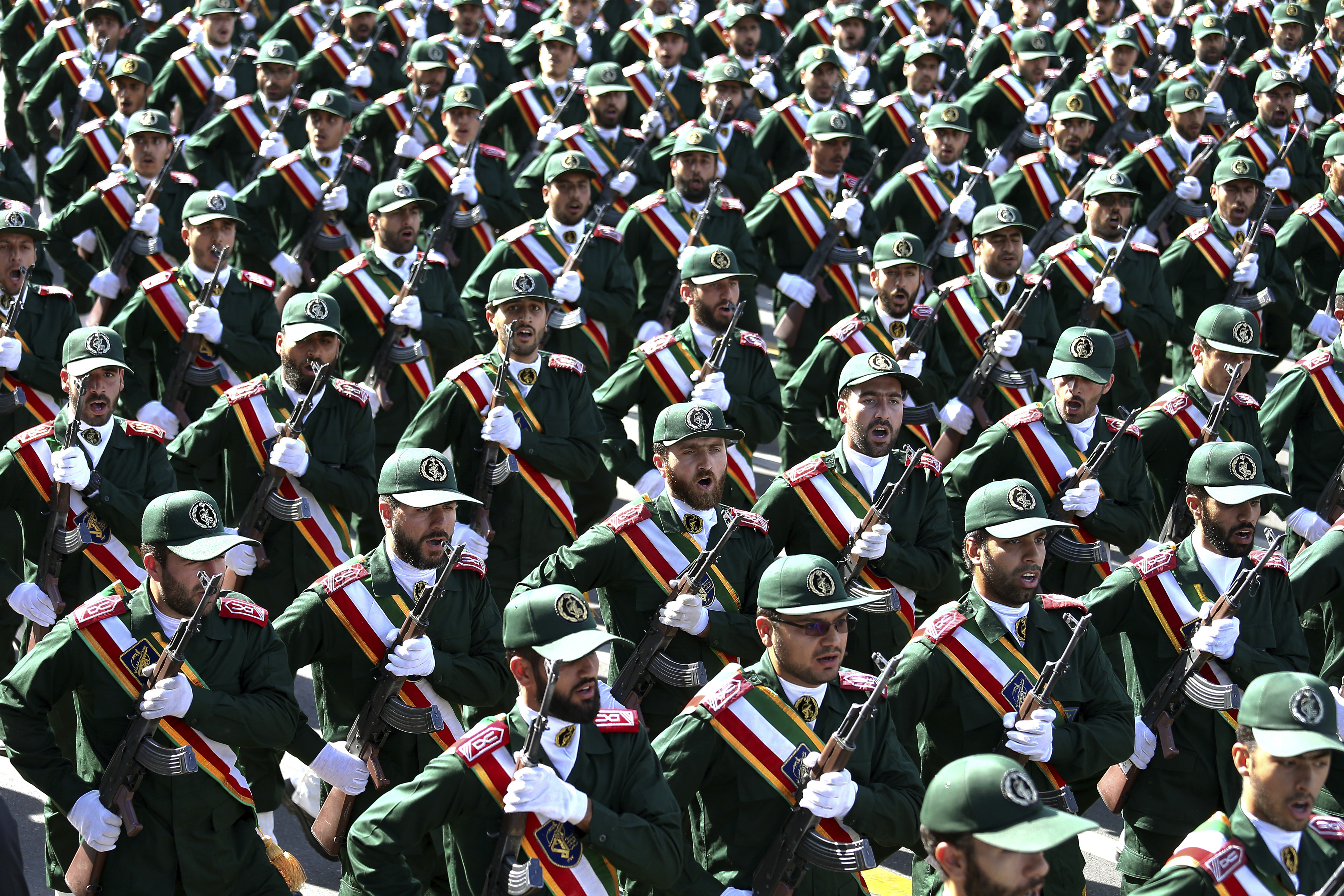 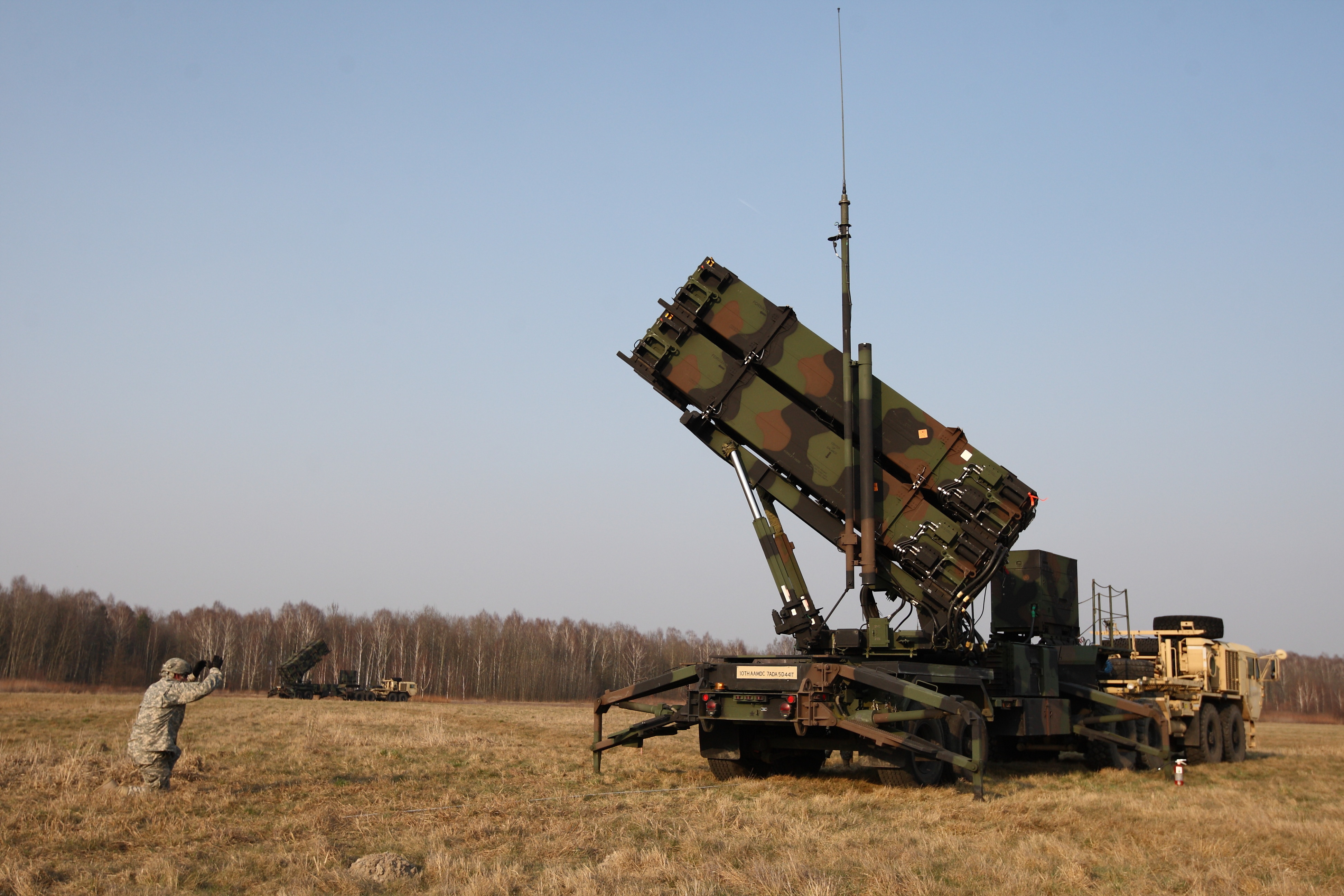