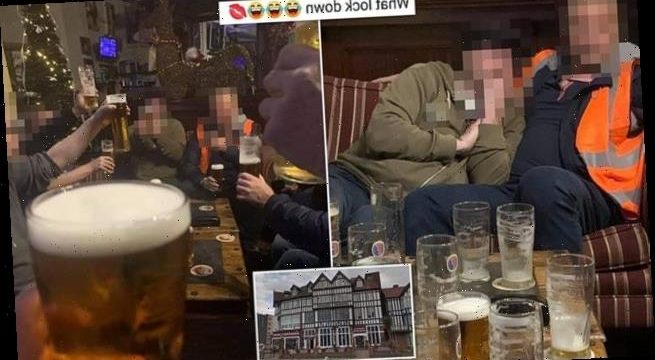 Hotel loses its licence after drinkers posted pictures of their illegal booze-up surrounded by empty pint glasses with the caption: ‘What lockdown?’

A hotel has lost its alcohol licence after drinkers shared pictures of their illegal booze-up online with the caption: ‘What lockdown?’

Footage taken from the Skegness hotel showed owner Russell Sparks behind the bar, serving customers on November 13 and 14 – almost two weeks after all pubs were supposed to close.

As well as 15 men packed into the bar area of the three-star hotel, footage also showed some of the group smoking inside – 14 years after the smoking ban was introduced. 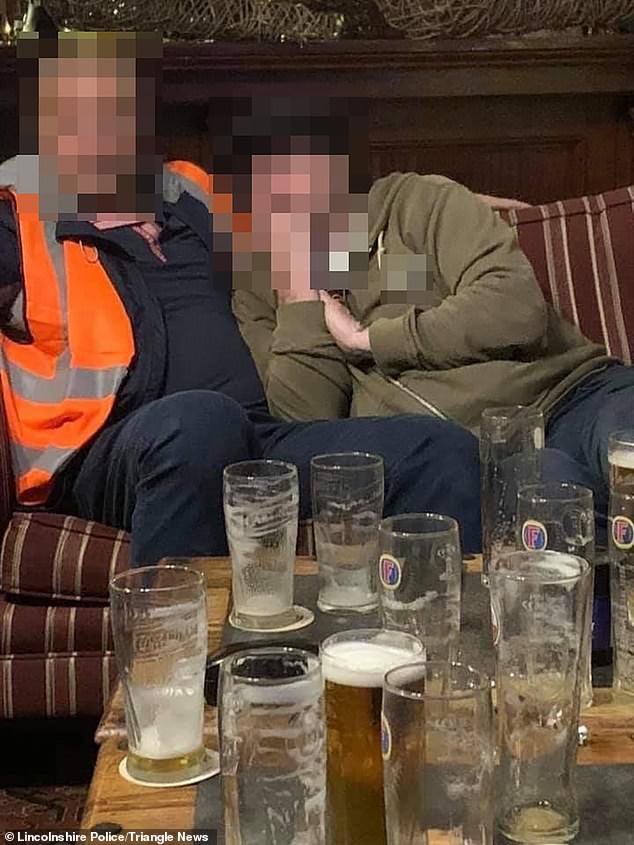 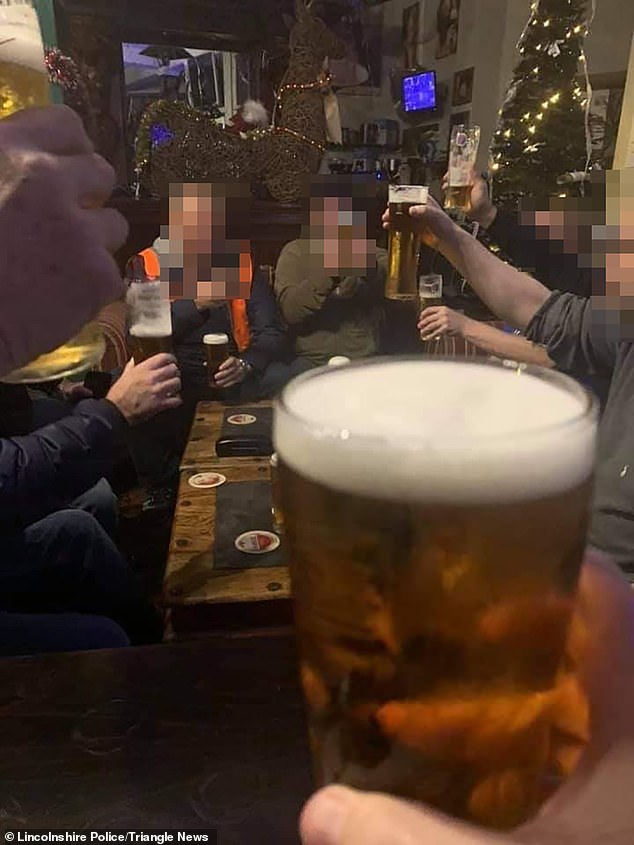 Photographs were shared online with the caption ‘what lockdown?’ Police later discovered people were smoking inside the venue – despite a ban being in place since 2007

The second lockdown came into force at midnight on November 4 which ordered all restaurants, bars and pubs to close except for takeaways.

The Alcohol Licensing Team from Lincolnshire Police have now successfully applied for the hotel to lose its alcohol licence.

Police initially received a photograph from a Facebook account showing a group of men drinking pints and posing for photos.

Sergeant Kim Enderby, Alcohol Licensing Manager for Lincolnshire Police, said: ‘Following that initial Facebook image being sent to my team we carried out a thorough investigation. 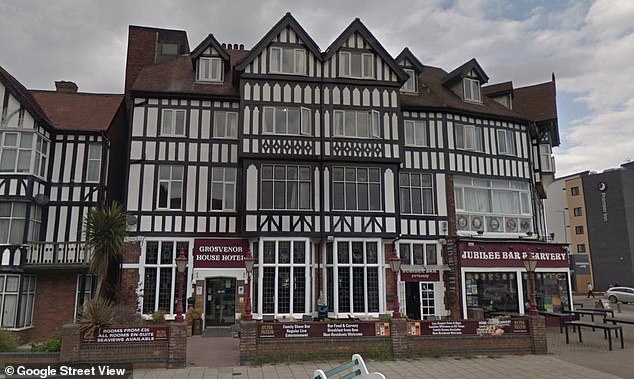 ‘We quickly attended at the hotel and carried out a review of the CCTV hard drive.

‘I thought after 29 years in the police there wasn’t a lot left to shock me but the way in which this venue was operating was awful.

‘Nearly two weeks after the November lockdown had started we found footage of over 15 people in the bar area.

‘They were being served pint after pint by the owner of the premises Mr Sparks.

‘Obviously this hotel bar should have been closed; people should not have been allowed inside to drink alcohol.

‘But of equal concern was the total lack of social distancing measures in place.

‘At one point over ten men were crammed round a small table drinking and posing for what we think were the Facebook posts.

‘There were no face masks being worn by customers or staff, nothing had been put in place to try and prevent the spread of the virus.

‘We also discovered footage of three males smoking in the bar area, despite the fact that it has been illegal to smoke on licensed premises in England since 1st July 2007 – over 13 years. 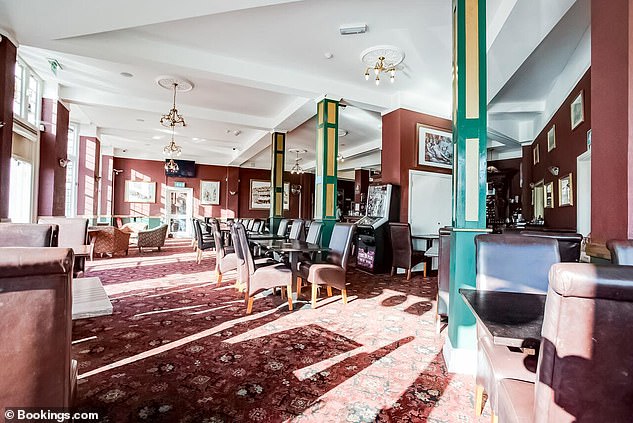 Sgt Kim Enderby of Lincolnshire Police said: ”I thought after 29 years in the police there wasn’t a lot left to shock me but the way in which this venue was operating was awful’

‘The males were seen to be drinking and smoking whilst children sat and ate at a table behind them.

‘Mr Sparks claimed it was an error of judgement on his part to open the bar but that is a poor excuse.

‘The blatant disregard for both the closure order and social distancing measures demonstrates a lack of management and control over these premises.

‘We are not yet out of this pandemic, whilst the vaccine rollout is well under way, we still need everyone to be sensible and follow the regulations. 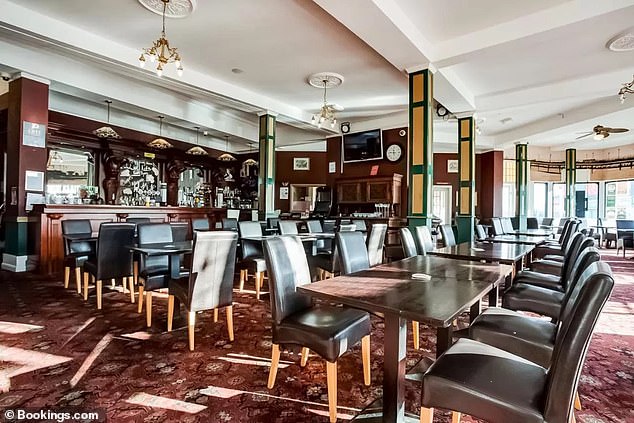 According to police, the  group of men were seen to be drinking and smoking at The Grosvenor House hotel in Skegness, whilst children sat and ate at a table behind them 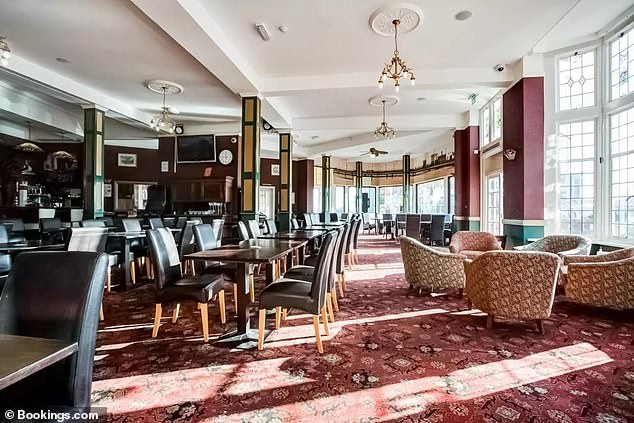 Councillors agreed to revoke the hotel’s licence. Its owner has 21 days to appeal the decision

‘Anyone responsible for running licensed premises is expected to do so responsibly and within the law.

‘The decision of East Lindsey District Council to revoke this licence sends a really strong deterrent message to anyone owning or running licensed premises.

‘They need to follow the guidance, operate lawfully and responsibly.

‘We will not hesitate to take action against any licensed premises whose operation presents a risk to the public, where there is criminality and where the licensing objectives are undermined.’

The ban was agreed following a digital hearing of Skegness District Council Licensing Sub-Committee on Tuesday.

Mr Sparks has 21 days to appeal the decision.