POLICE have released footage that shows the horrifying moment a man was shot dead and a woman was injured in Chicago on Sunday.

The nearly four-minute video from the Chicago Police Department shows a group of people hanging out on the Wabash Avenue Bridge, located above the Chicago River. 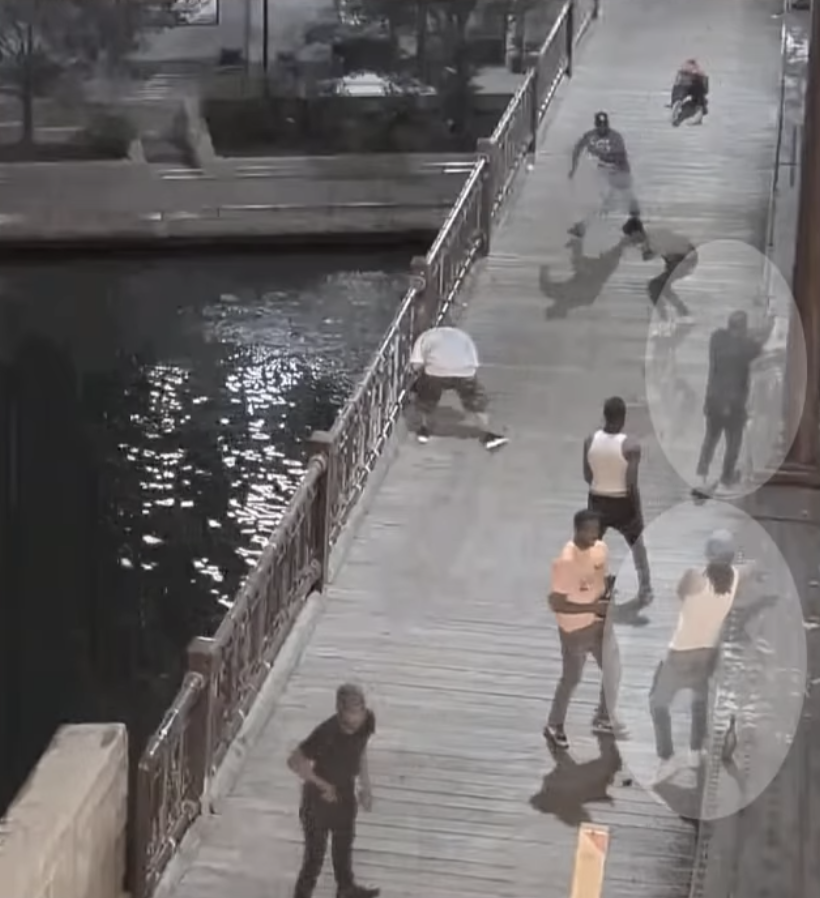 The surveillance video from around 2.30am highlights two men that were seen holding and pointing weapons as the group looks across the street.

A man wearing black pants and a black shirt can be seen pulling out a gun before, moments later, opening fire.

Another man nearby appears to pull out a wceapon and fires it, too.

Soon after, the group can be seen ducking and running off the bridge. 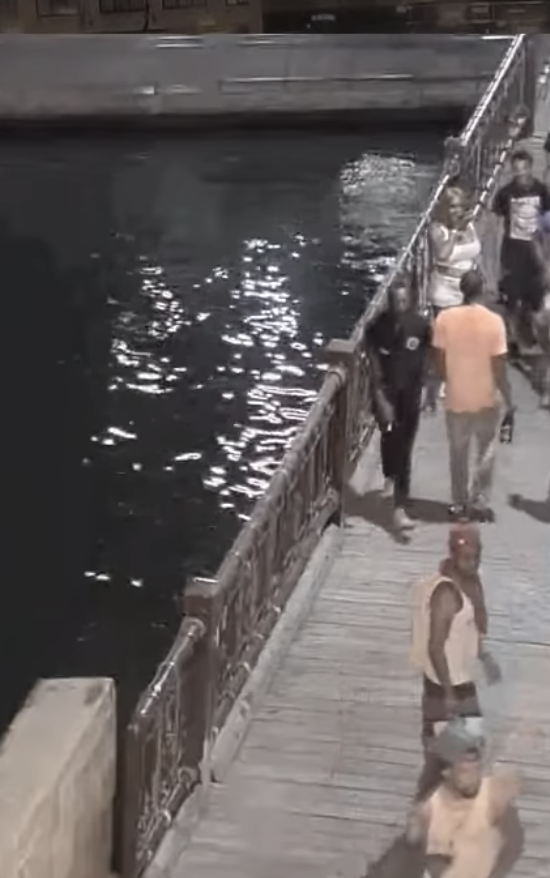 Police said Gregory Crawford, 35, was shot in the neck and died at a nearby hospital on Sunday.

A 25-year-old woman was hit in the arms and was also transported to the hospital.

“Detectives are seeking to identify persons who were involved in, or witnessed, the shooting that occurred in the 300 Block of North Wabash,” police wrote alongside the video posted to YouTube on Wednesday.

Anyone with information is urged to contact the Chicago Police Department at 312-744-8261. 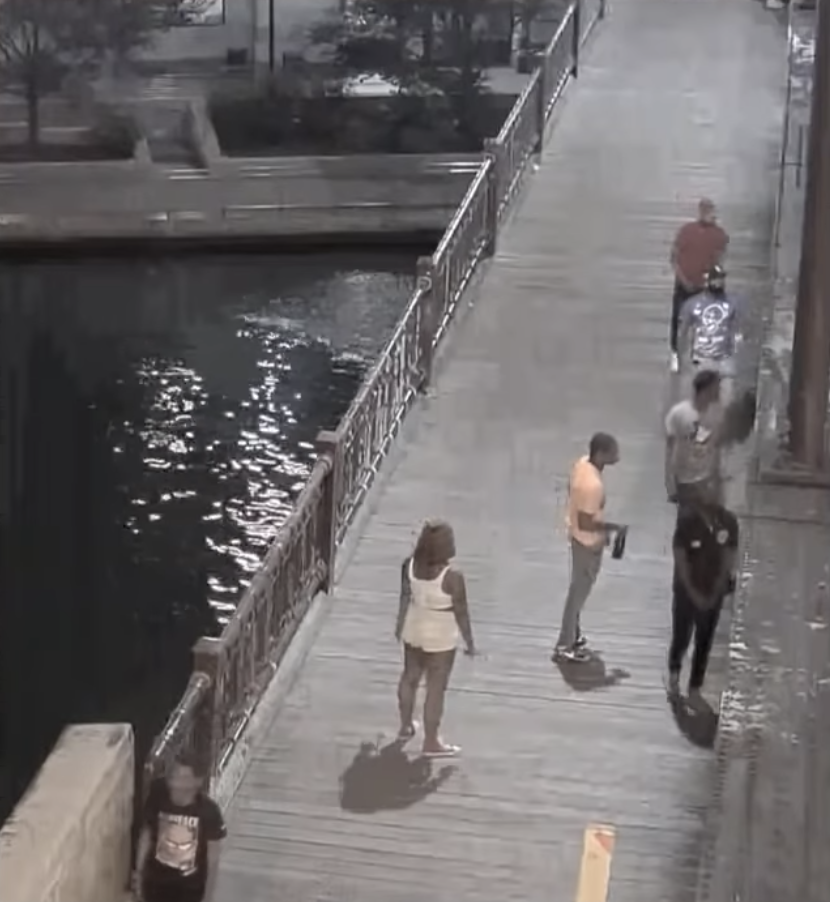 Last weekend in Chicago saw 12 people killed and at least 63 others injured from gun violence, according to police.

In June, President Donald Trump sent Chicago Mayor Lori Lightfoot and Illinois Governor JB Pritzker a letter urging them to stop violence in the city.
Trump said he plans to deploy federal agents to Chicago, and possibly other Democrat-run cities where violence has spiked, to help local law enforcement.

But local leaders have said the federal presence has only aggravated tensions rather than promote public safety. 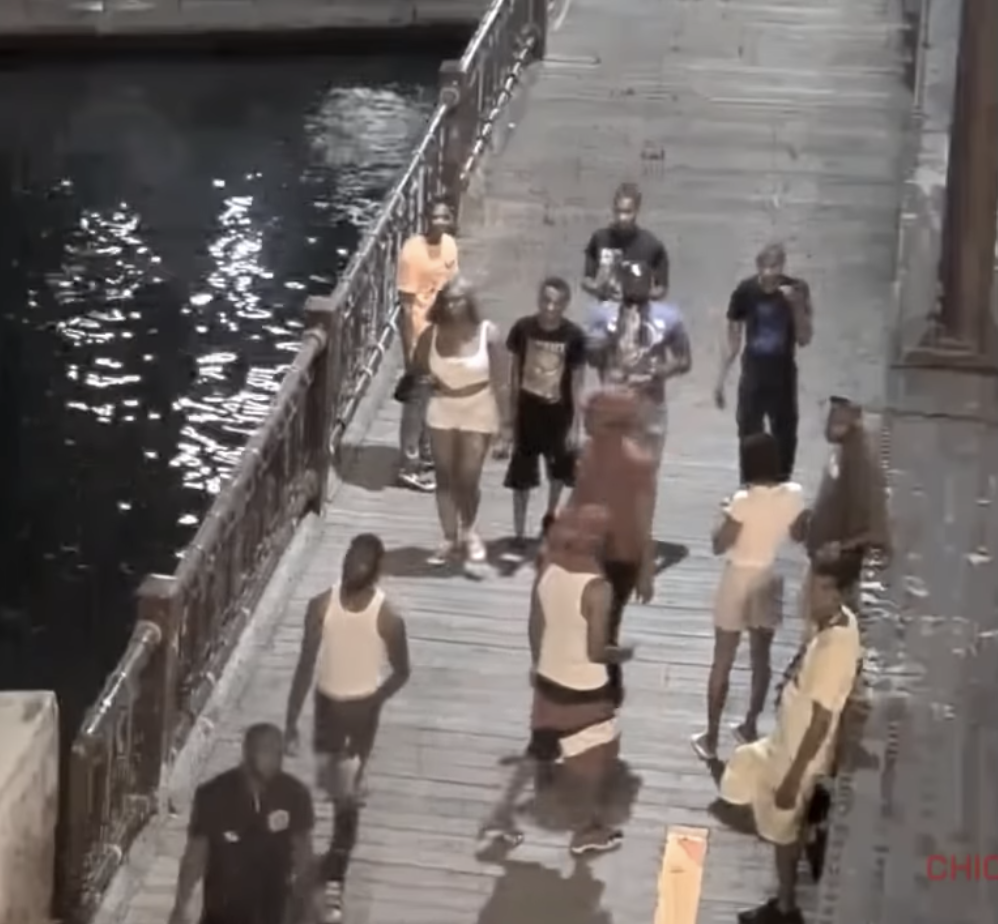 Under Trump’s latest plan, which has yet to be publicly announced, about 150 Homeland Security Investigations agents would go to Chicago to help with a spike in crime.

The agents — who generally investigate human trafficking, drugs, and weapons smuggling — are expected to stay in Chicago at least two months, an official told The Associated Press.

On Monday, Lightfoot sent Trump a letter saying the deployment of secret, federal agents who “arrest, and detain residents without any cause” is a bad idea and urged Trump not to do it.

Lightfoot slammed Trump for “unhelpful” rhetoric and explained different ways the government could help the city to reduce violence, including gun safety reform. 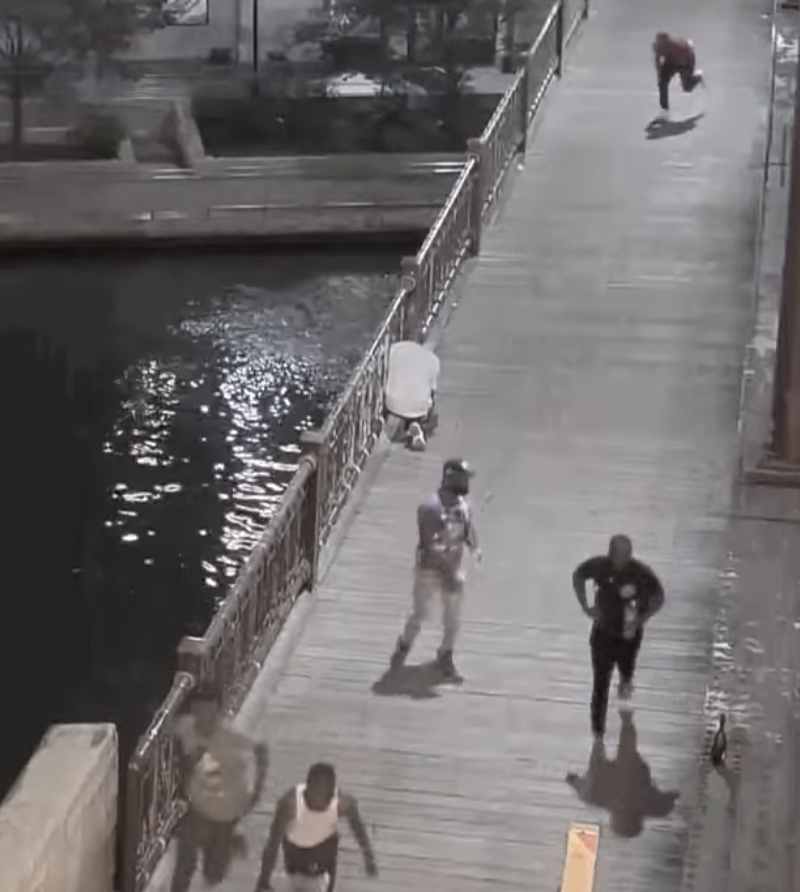 The Trump administration sent federal officers to Portland, Oregon, after weeks of protests there over police brutality and racial injustice that followed the killing of George Floyd.

However, Trump, framing such protests in the nation’s large cities as a failure by “liberal Democrats” who run them, praised the officers’ actions and said he was looking to send agents to other cities.

“How about Chicago? Would you say they need help after this weekend?” Trump told reporters at the White House.

Lightfoot, a former assistant US attorney, said she is prepared to file a lawsuit to block efforts to place federal agents not under the direction of Chicago police in the city.

Trump’s comments about Chicago come after the president of the local police officer’s union wrote him a letter asking “for help from the federal government” to help combat gun violence.

Chicago has seen 414 homicides this year, compared with 275 during the same period last year.