The West Gate Bridge, a former government aircraft plant and the Vegemite factory could receive heritage protections after a review of Fishermans Bend in central Melbourne.

An independent expert reviewed the precinct, which is part of an urban renewal project, for the City of Melbourne and recommended protections for five sites. 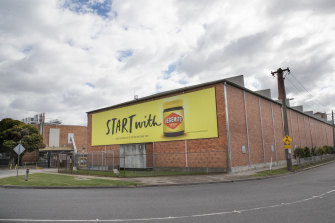 The factory on Vegemite Way in Port Melbourne was among three sites recommended for local protection, while two other sites could be added to the state register if councillors support the recommendations at a meeting on Tuesday. 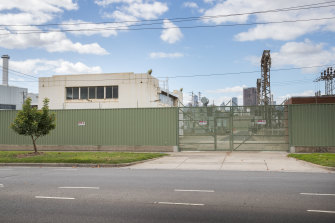 An electricity substation on Salmon Street in Port Melbourne has been recommended for local heritage protection.Credit:Jason South

“The West Gate Bridge was the site of an industrial accident that killed 35 workers more than 50 years ago and led to lasting workplace reforms,” Cr Reece said. “The bridge also opened up our city to the west.”

The former aircraft factory, which is now owned by Boeing Aerostructures Australia, was one of two aircraft assembly plants in Australia during World War II. The other plant, in Sydney, is on the NSW heritage register.

An industrial shed on the Yarra River and an electricity substation were also recommended for local heritage protection.

Councillor Rohan Leppert, who leads the heritage portfolio, said the Vegemite factory was an example of post-war food manufacturing and should be protected. 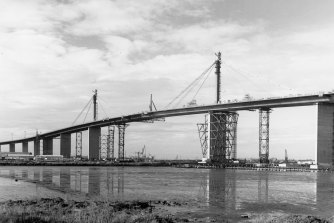 The West Gate Bridge in 1978.Credit:City of Melbourne

“In 1943, hundreds of women were recruited to work at a new vegetable dehydration factory in Port Melbourne as part of the war effort,” Cr Leppert said. “In 1952 the site was expanded to include a yeast factory, and Vegemite is still being made at the factory today.”

Vegemite was invented in 1922. Bega bought the brand in 2017, taking over from Kraft.

Cr Reece said: “We want to create new jobs and communities in this urban renewal area while protecting the places and histories that make it unique.”

The precinct covers 480 hectares across the City of Melbourne and Port Phillip. There are plans to build parks, schools, roads, transport, facilities and services in partnership with the Victorian government.