Dan and JoAnn Keeley’s farming operation outside St. Paul, Oregon, had a banner year in 2014.

The same year Dan retired from his job as a civil engineer for Marion County, the farm had a huge harvest: more than 150,000 pounds from its 50 acres of hazelnut trees.

Hazelnuts were at record prices that year. They were able to pay off the mortgage on the farm and put cash in the bank for a rainy day.

Eight years later, it’s not raining, but it’s not a good time for hazelnut farmers, either. 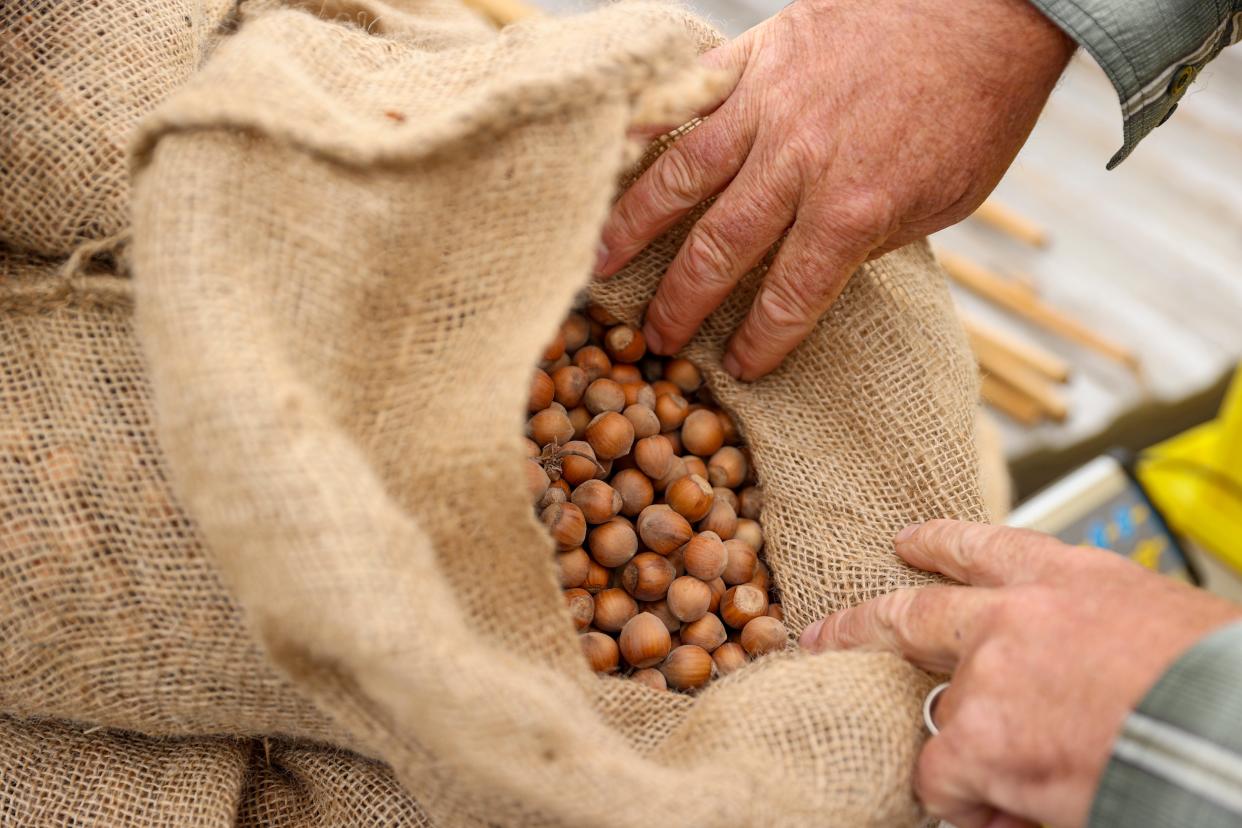 Oregon is expected to produce a record amount of hazelnuts this year. But that won’t mean record incomes – farmers will be fortunate to break even.

The Hazelnut Growers Bargaining Association negotiates the guaranteed price farmers in Oregon will receive. In a memo to farmers just before the harvest, it said the minimum price per pound is 40 cents to 53 cents, depending on the variety.

“The price here is terrible. The price elsewhere (in the world) is equally as bad or worse,” said Terry Ross, executive director of the bargaining association.

Why are hazelnuts going for such a low price this year? It’s complicated.

Oregon produces about 99% of the hazelnuts grown in the United States, but only 6% of the worldwide supply.

Hazelnuts – also known as filberts, or Tukwila, the name in Chinook – have been grown in the state since 1858, according to multiple sources. Nearly all Oregon hazelnut farms are in the Willamette Valley. Most are in Marion, Polk, Yamhill and Linn counties. The weather in the valley in areas like St. Paul and Aurora is optimal for hazelnut growing.

Hazelnuts became Oregon’s state nut in 1989. Find any hazelnut-centric cookbook and it was probably written and published in Oregon.

It’s a nut politicians use to make a point, as Gov. Kate Brown did in 2017 when she forgave a boy for swiping a hazelnut and a pen during a tour of the State Capitol. When things go bad for the hazelnut industry, as they did in 2019, politicians are quick to provide emergency monetary assistance for the farmers.

The state’s hazelnut harvest was worth $132 million in 2020. That was the 10th highest value in dollars among agricultural commodities produced in Oregon, according to the USDA’s National Agriculture Statistics Service.

In the 1990s and 2000s, hazelnut orchards were impacted by “blight,” a fungus that grows on hazelnut trees and decimated orchards.

Oregon State University developed several new varieties of trees that were less susceptible to the disease. That gave the industry a boost. Farmers could plant new trees in fields formerly occupied by crops like grass seed and corn with little fear of them being wiped out. 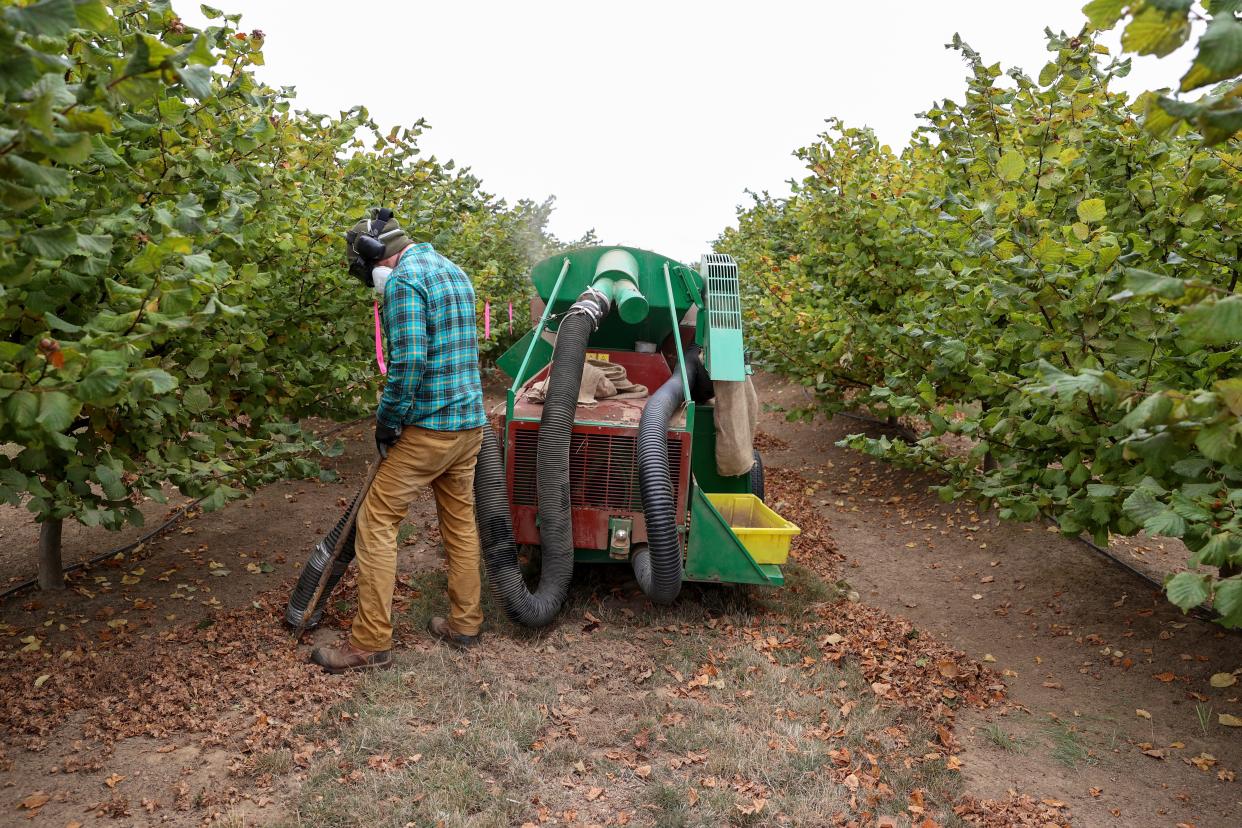 The state has 95,000 acres of hazelnut trees, or about the size of all Oregon state parks combined. That’s three times what it had eight years ago.

But it takes four years for hazelnut trees to produce nuts, and they don’t produce high yields until the sixth or seventh year.

Hazelnut trees don’t have to be watered. But many farmers choose to water – and add fertilizer – to produce more nuts.

The state produced a record 63,000 tons of hazelnuts in 2020, according to the National Agriculture Statistics Service and was projected to produce 80,000 tons this year, according to Ross.

With more trees coming into production – or full production – in the next few years, the number of hazelnuts the state produces should continue to increase.

A longtime hazelnut farmer has seen the ups and downs

The Keeley family purchased their farm in the early 1980s. In the early 1990s, they had three children and decided they needed more money to send them to college. Their farm mostly grew grass seed, and they saw they had an opportunity to make more money with some hazelnuts.

They planted about 5,000 trees on about 50 acres. They still had 300 acres of grass seed and other crops.

“We were making more on the 50 acres of the hazel crops,” Dan Keeley said.

The Keeleys sell some of their hazelnuts to a co-op and some to a private corporation. Keeley said they get different prices from the different processors.

Like many hazelnut farmers, the Keeleys maintain the orchards themselves. Much of the harvest is done with machines. That makes it possible to do without employees.

Pat O’Connor, a regional economist with the Oregon Employment Department, said the hazelnut industry doesn’t employ many people. It employed about 350 people in Oregon as of 2020.

But the orchards require maintenance. In the ice storm of 2021, about half the trees in the Keeley orchard were damaged. They cut down those trees and replaced them with newer Oregon State-developed varieties.

Why did the market collapse now?

There is no easy explanation for why Oregon hazelnuts have fallen so far in price.

In 2014, a major frost in Turkey – which produces 62% of the world’s hazelnuts – decimated that country’s production, and the market in China boomed with about 90% of Oregon’s nuts sent there.

“Growers that had a big yield that year made a lot of money,” Oregon State University assistant professor and orchard specialist Nik Wiman said.

The price of hazelnuts came back down after 2014 and has hovered at about $1 per pound since.

Turkey’s economy is now in shambles: Its foreign trade deficit is estimated at $8 billion per month, according to the Middle East Institute.

That means hazelnuts and other products that are exported from that country are much cheaper than products that come from the United States. 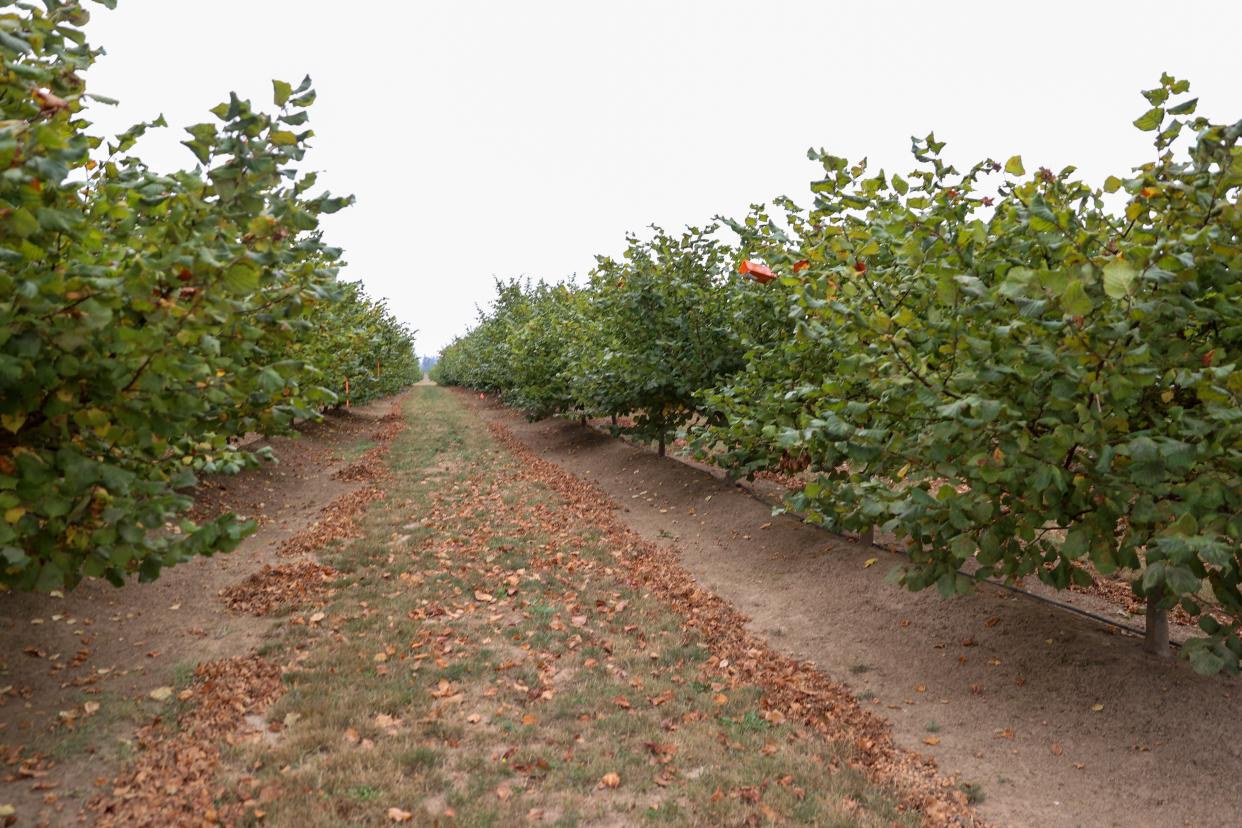 “Turkey has been messy,” O’Connor said. “And certainly in terms of world trade, the dollar is at a very high amount.”

Farmers in countries like Chile, Italy, Ukraine and Georgia have been planting hazelnut trees too.

Farmers in China are now growing them in that country, too.

Now about 13% of Oregon’s hazelnuts are sold to China, Ross said.

“Historically, Oregon was big on the in-shell market in Asia and that’s kind of the rug that’s been pulled out from under us,” Wyman said. 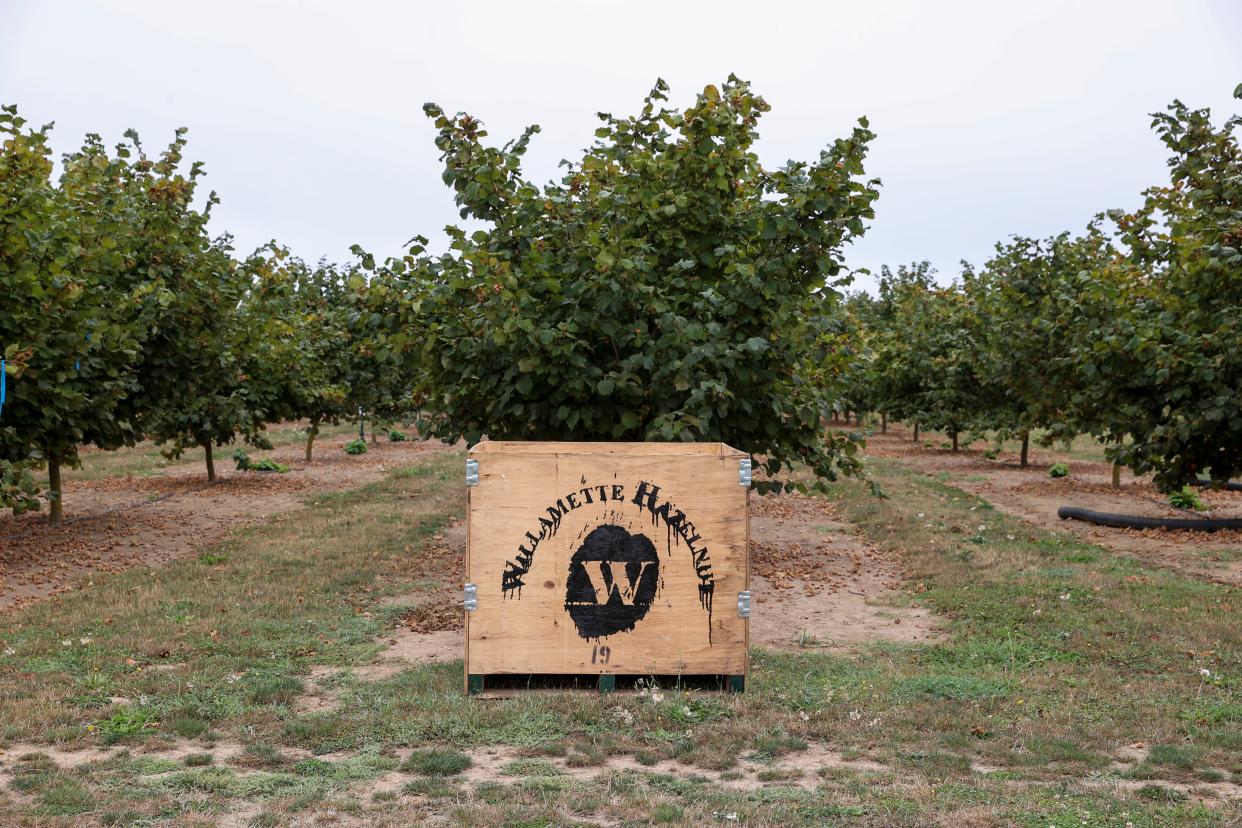