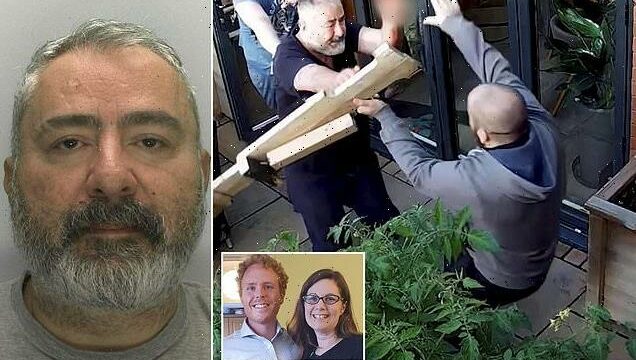 ‘To me he is simply the monster next door’: Grieving widow reveals she will NEVER say name of murderer next door who stabbed her husband to death as police watchdog probes force that failed to stop him

A grieving widow said she will never say the name of the murderer who stabbed her husband to death, referring to him only as ‘the monster next door’, as a police watchdog probes the force that failed to stop him.

Can Arslan, 52, ‘acted out his own horror movie’ as he stabbed his neighbour Matthew Boorman, 43, to death over a parking row on the afternoon of October 5 last year.

Sarah Boorman, who was seriously wounded when she tried to save her husband, said that her family were ‘always on edge’ around Arslan and lived a ‘life of misery’ in their Walton Cardiff home near Tewkesbury, Gloucestershire.

‘I will not say his name. To me he is simply the monster next door,’ she told the court, as Arslan was sentenced to life at Bristol Crown Court.

Mr Boorman’s wife Sarah said she will never say the name of the murderer who stabbed her husband to death, referring to him only as ‘the monster next door’. Pictured, the couple 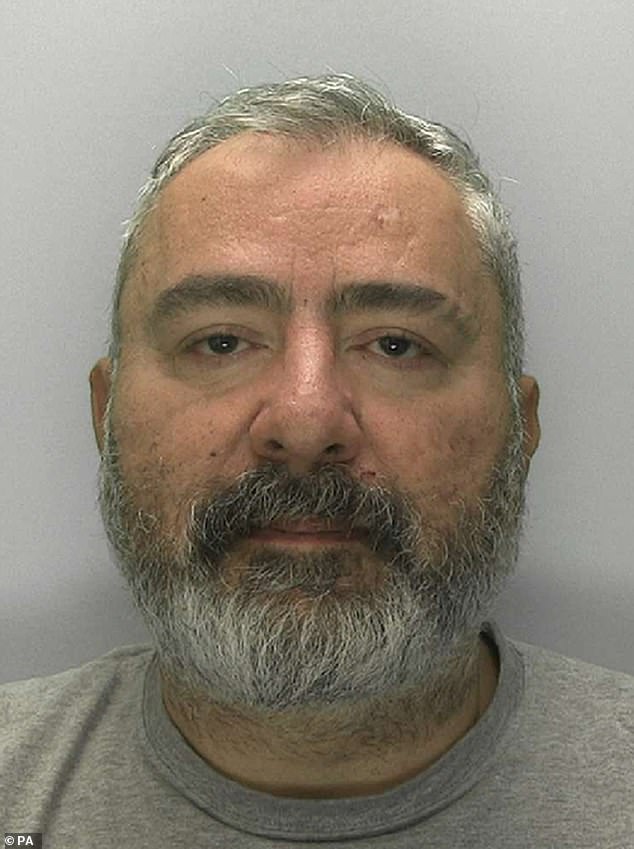 ‘What I and my 12-year-old son witnessed that day will haunt us for as long as we live,’ Mrs Boorman said.

‘Every day I wake up and my heart shatters more.

‘I hear him saying “no” as he was being stabbed and I see the man next door sitting on his body, laughing at me.’

Mrs Boorman said that her family had suffered years of verbal abuse from Arslan, including rape and murder threats, describing it as ‘living in the middle of a war zone’.

In a victim impact statement, Mrs Boorman described her husband as a devoted father who loved playing with his children and ‘enjoyed all parts of parenting’.

‘Our children knew nothing but love and care and kindness,’ she said. ‘Matthew was a good, honest and kind man who never fell out with anybody.’ 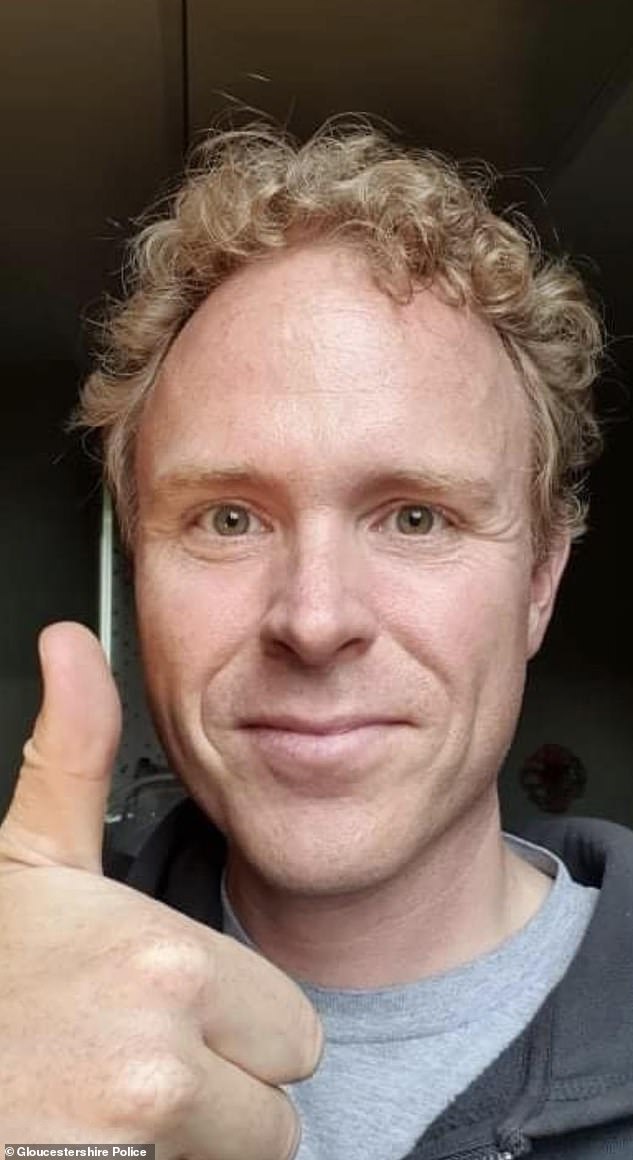 In a victim impact statement, Mrs Boorman described her husband as a devoted father who loved playing with his children and ‘enjoyed all parts of parenting’

The couple’s three children, aged 12, seven and two at the time, were in the house during the attack.

Their eldest ran to shut his siblings in the lounge to protect them.

‘I struggle to explain to Matt’s biggest fans, his children – they don’t understand why a bad man would want to hurt their daddy so much they can’t ever see him again,’ Mrs Boorman said.

She thanked neighbours who had tried to save her husband and tackle Arslan.

‘I want to say thank you to the heroes who came to help me and tried to save Matt,’ she said.

‘Many of them were people I had never met before. I didn’t know their names and I didn’t know if they had families waiting for them, but they came to help me and tried to save Matt by selflessly running towards danger.’

She continued: ‘These strangers, with kindness and love, came to my rescue.’

Mrs Boorman added: ‘Matt didn’t die in the front garden where he was attacked, he died in our house, away from the evil man, and with love around him.’

After killing Mr Boorman, Arslan forced his way into the home of another neighbour, Peter Marsden, and stabbed him eight times.

The defendant had subjected his community to 12 years of threats and abuse and had recently learned he was to be evicted for his behaviour.

Mr Boorman’s family previously criticised the ‘toothless’ response by police and other agencies in response to the years of abuse and threats from Arslan.

The Independent Office for Police Conduct (IOPC) has opened an investigation into Gloucestershire Police’s actions in light of the many reported incidents prior to Mr Boorman’s death.

The IOPC said on Thursday: ‘As part of our investigation to date, we have served a misconduct notice on one police constable in relation to their contact with Mr Arslan.

‘Such notices advise an officer their conduct is subject to investigation and do not necessarily mean any disciplinary proceedings will follow.

‘Our independent investigation began in November following a mandatory referral from Gloucestershire Constabulary straight after Mr Boorman’s death about prior police contact, and subsequent referrals of complaints.’

A spokesman from Tewkesbury Council said previously that its powers to evict people from private housing was ‘extremely limited’.

Following Arslan’s conviction in April, the spokesman said: ‘We have been made aware that questions have been raised about the different authorities’ involvement in this case, and clearly we take this seriously.

‘As with all serious cases like these, we will be carrying out a full review of our involvement.’

Prosecutor Kate Brunner QC told jurors during his trial at Bristol Crown Court that Arslan had ‘planned and controlled’ the stabbings.

He thought he had ‘a horror movie where he was going to take a starring role, and end up on the TV.’

She cited the words of one of Mr Boorman’s colleagues, who was on the phone to him when Arslan attacked.

She told the court: ‘She said it was like listening to a ”totally horrendous horror movie”, and it was a horror movie that was just beginning and this defendant had written the script,’ the Mirror reports.

‘This was not something that happened to him – it was something he had planned and controlled. It was a horror movie planned out, where he was going to stab his victims to death one by one.’

Arslan denied murder, pleading guilty instead to a lesser charge of manslaughter on the grounds of diminished responsibility, but was convicted after a trial in April and jailed for life with a minimum term of 38 years at Bristol Crown Court on Thursday.