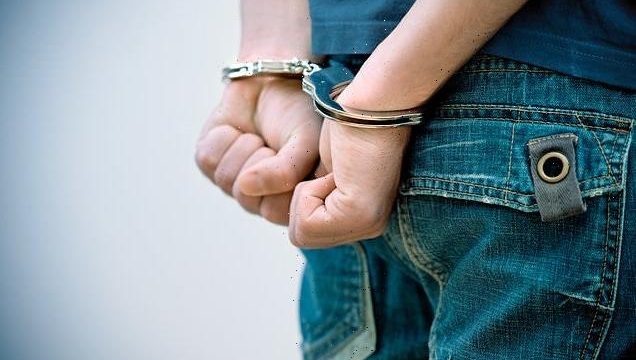 Government legal adviser who was fired when she developed PTSD after interviewing terrorist police informant is awarded nearly £100,000

A Government official fired while suffering post-traumatic stress disorder (PTSD) after debriefing a serial killer and terrorist, who became an informant, has been awarded nearly £100,000.

Legal adviser Wendy Lewis was assigned to the murderer – described as ‘dangerous and violent’ – during a process that lasted more than three years instead of the predicted six months and included nearly 1,000 interviews.

The tribunal heard how her condition left her suffering panic attacks, insomnia and traumatic flashbacks. 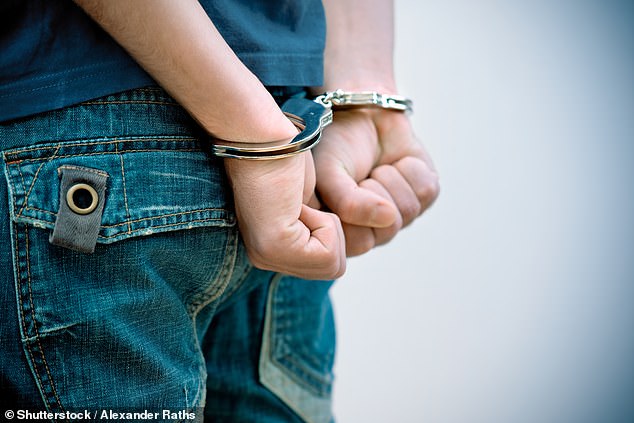 Legal adviser Wendy Lewis was awarded nearly £100,000 after she was fired while suffering  PTSD following a prolonged debriefing with a serial killer and terrorist over three years

She alluded to feeling like a prisoner in her own home and was left unable to answer the door or use the phone.

Ms Lewis was also the victim of disability discrimination, an employment tribunal ruled.

She was awarded £99,290.51 of which £43, 818.95 was for injury to feelings and personal injury, including interest. The rest was made up of a basic award, financial loss and interest.

The Ministry for Justice, for which Ms Lewis worked from 21 May 2001 until 15 February 2017, accepted she was disabled by PTSD.

These are non-solicitor employees who advise and assist people who would otherwise have no legal representation. 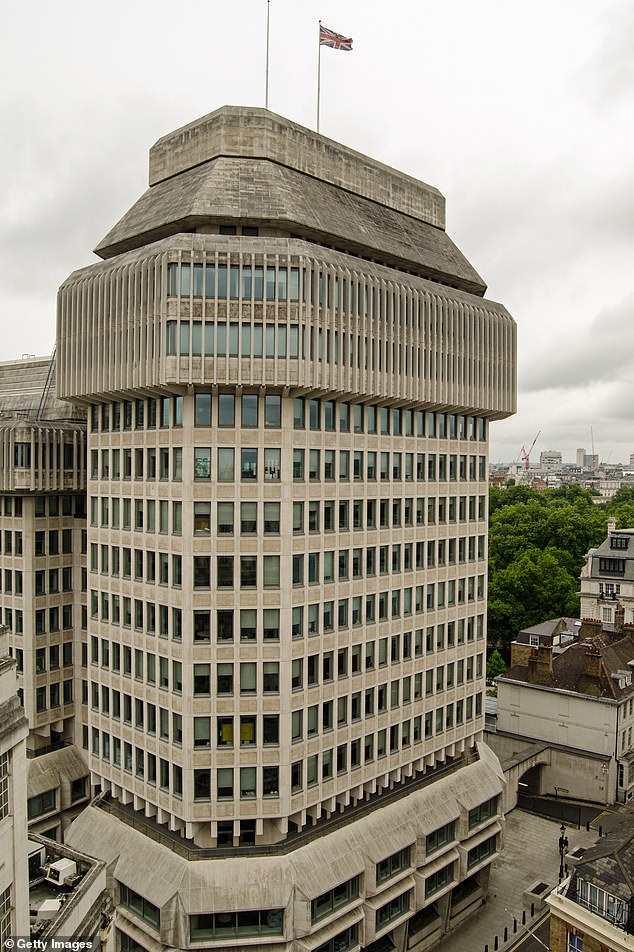 The Ministry for Justice (pictured) for which Ms Lewis worked from 21 May 2001 until 15 February 2017, accepted she was disabled by PTSD following her assignment

It was set up in 2001 to provide criminal defence representation in the police station, crown and higher courts.

Between 2010 and 2013 Ms Lewis was assigned to debrief a Special Branch informer who had been involved in terrorism offences, including murder.

The man, quizzed on more than 500 serious offences, was identified during the hearing only as ‘client X’.

It meant travelling to the North of England and staying away from home for two weeks at a time to complete the assignment.

She did 12-hour days, and another six hours on Saturdays, and was unable to discuss the case with colleagues due to its nature, giving her no outlet to share her experiences.

Ms Lewis told the Cardiff hearing she developed psychiatric symptoms as a result and was subsequently diagnosed with PTSD.

In a written ruling, employment Judge Sian Davies said: ‘The claimant agreed to the assignment between 2010 and 2013 to work on debriefing client X, which was initially for a six-month period, but was extended over three years..’

She added: ‘We note the circumstances of the claimant’s assignment and we have great sympathy with the claimant, in that she was tasked with a difficult and isolating assignment, spending prolonged periods in close proximity with a dangerous and violent criminal.’

Describing her condition in an impact statement Ms Lewis said she had to keep the doors locked at home at all times, could not use the telephone and avoided friends.

She could not even watch TV or read a book because her attention span was short.

Ms Lewis said: ‘On a day-to-day basis I am isolated and lack trust even in my closest friends and family at times. I do not like to go out to places I’m not familiar with or where there are crowds of people.

‘I have suffered panic attacks when I do go out and so avoid this at all costs. I always check for an escape route wherever I am and cannot sit with my back towards a door.’

She added: ‘I feel unsafe even though I don’t know that what I am fearful of is going to happen. I suffer frequent headaches and panic attacks. I am on significant dosages of prescription medication to manage my symptoms and I worry how this may be affecting my physical health.

The tribunal was told: ‘The claimant attended approximately 980 interviews with client X over this period of time dealing with 500 individual serious offences including numerous murders, attempted murders and conspiracy to murder; this was privy to terrorism and other information protected by the Official Secrets Act 1989.

‘The claimant was therefore prevented from discussing this assignment with anyone else. The claimant had no support from the Ministry of Justice despite working excessive hours in extremely challenging conditions.

‘The Claimant would be locked in a confined cell complex comprising two rooms (the cell where client X was housed and the interview room) for upwards of 10 hours each day.

‘Client X was a special branch informer over a considerable period of time and so the claimant was locked in a confined space with a dangerous individual. These rooms have very little or no natural light.’

After returning to her Pontypridd office in the summer of 2013, she commenced a period of sick leave in May the following year.

She had started raising allegations of misconduct among co-workers which further isolated her from former colleagues.

She was advised to attend counselling sessions funded by the taxpayer as the NHS waiting list was around six months.

An occupational health (OH) report following the first of six counselling sessions advised she remained too distressed to return to work and it was not known when this might change.

A second report, at the end of the course, referred to her GP’s belief that she had PTSD, and agreed with this view.

From then until July 2015 she undertook billing work from home for the newly-established advocacy unit.

During this time she claimed an anonymous letter had been sent accusing her of breaching the Official Secrets Act by recounting aspects of her assignment involving client X to various parties.

An OH report dated in August 2015 confirmed she was not fit to return to work, particularly into the same environment with the same colleagues as this would be detrimental to her mental health. 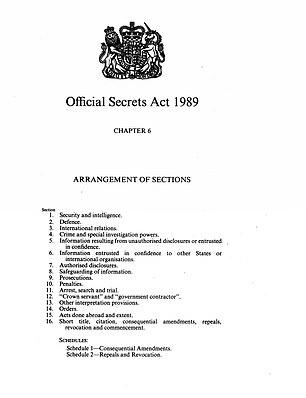 The hearing was told Ms Lewis sought an exit and wished to be considered for ill-health early retirement.

Emails indicated she was ‘agoraphobic, had difficulty being in unfamiliar places with unfamiliar people, cannot travel north by train as she associates this with work with client X, only socialises with family and one or two very close friends, suffers from panic attacks and insomnia and has traumatic flashbacks.’

But another OH report indicated she did not meet the criteria for ill health retirement, as her long term prognosis would depend upon her response to further treatment. She was placed on two registers for redeployment.

Her line manager indicated that he understood the PTSD to have been triggered by work related stress in ‘debriefing a murderer over a prolonged period’.

In November 2016 there was a formal absence review meeting (FARM) with Jamie Barnett, formally temporary acting head of PDS Solicitors, over the telephone during which Ms Lewis said she was too unwell to return to work pending further treatment.

Afterwards, the decision was taken to sack her on the grounds there was no foreseeable return to work and no reasonable adjustments that could be identified to aid it.

Ms Lewis remained on sick leave until her termination took effect and did not appeal the decision to dismiss her.

Upholding her claim for unfair dismissal, Judge Davies said: ‘The Respondent’s failure to allow the claimant to work from home instead of dismissing her was a failure to make a reasonable adjustment.

‘The complaint of ‘ordinary’ unfair dismissal is upheld. The claimant’s dismissal was an act of discrimination arising from disability.’

Other claims of whistleblowing, automatic unfair dismissal, victimisation, unauthorised deduction from wages and extending time for a recovery were dismissed.

Claims for aggravated damages and medical expenses were also dismissed.