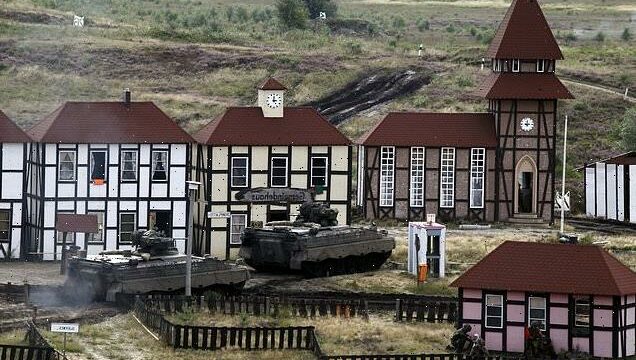 A German soldier and a civilian have been crushed to death by a tank after it rolled on top of their vehicle during a training exercise.

A battle tank and a smaller military vehicle collided during a military exercise at the Bergen-Hohne Training Area in the German state of Lower Saxony at around 3.20pm on Tuesday.

The tank rolled on top of the off-road vehicle and crushed the two victims, one of whom was driving the vehicle at the time, according to local news reports. 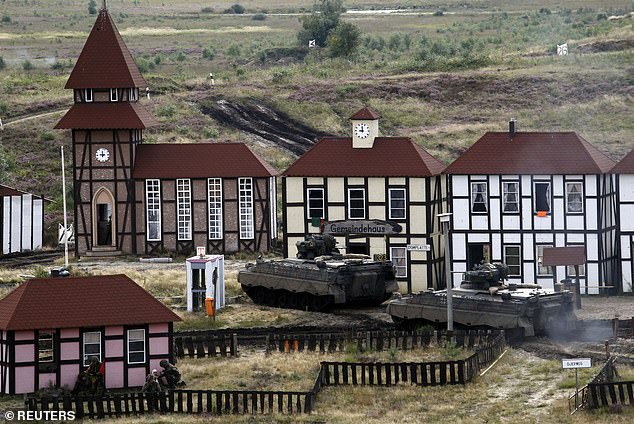 The two victims – a soldier and a civilian employee – were reportedly killed on the spot.

It remains unclear how the accident came about as the exact circumstances of the collision have not been revealed.

The German Ministry of Defence said personnel were in ‘deep sorrow’ over the fatal incident.

The MoD tweeted: ‘We are in deep sorrow. This afternoon two people died in a fatal accident at the training area in Bergen.’ 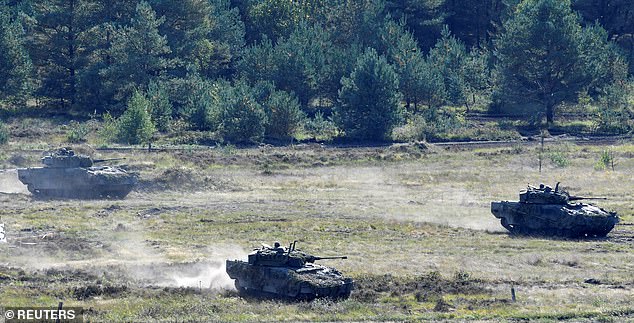 The tank rolled on top of the off-road vehicle and crushed the two victims, according to local media reports. Pictured: Austrian tanks pictured during training exercise in Bergen in 2018

General Alfons Mais, the Inspector of the German Army, added: ‘Our thoughts and our sympathy are with the bereaved families and the troops on site.’

Federal Minister of Defence Annegret Kramp-Karrenbauer also expressed her condolences to the victims’ loved ones.

She said: ‘We are deeply affected by the death of two members of the Bundeswehr in a tragic accident.

‘My thoughts and prayers are with the families and friends of those killed.’

The incident took place while Kramp-Karrenbauer was handing over ministerial responsibilities to her successor Christine Lambrecht.

Due to the tragic accident, an event with State Secretary Thomas Silberhorn had to be cancelled at short notice, according to the news site Tag 24.

It is unclear if the military is continuing to investigate the fatal accident.