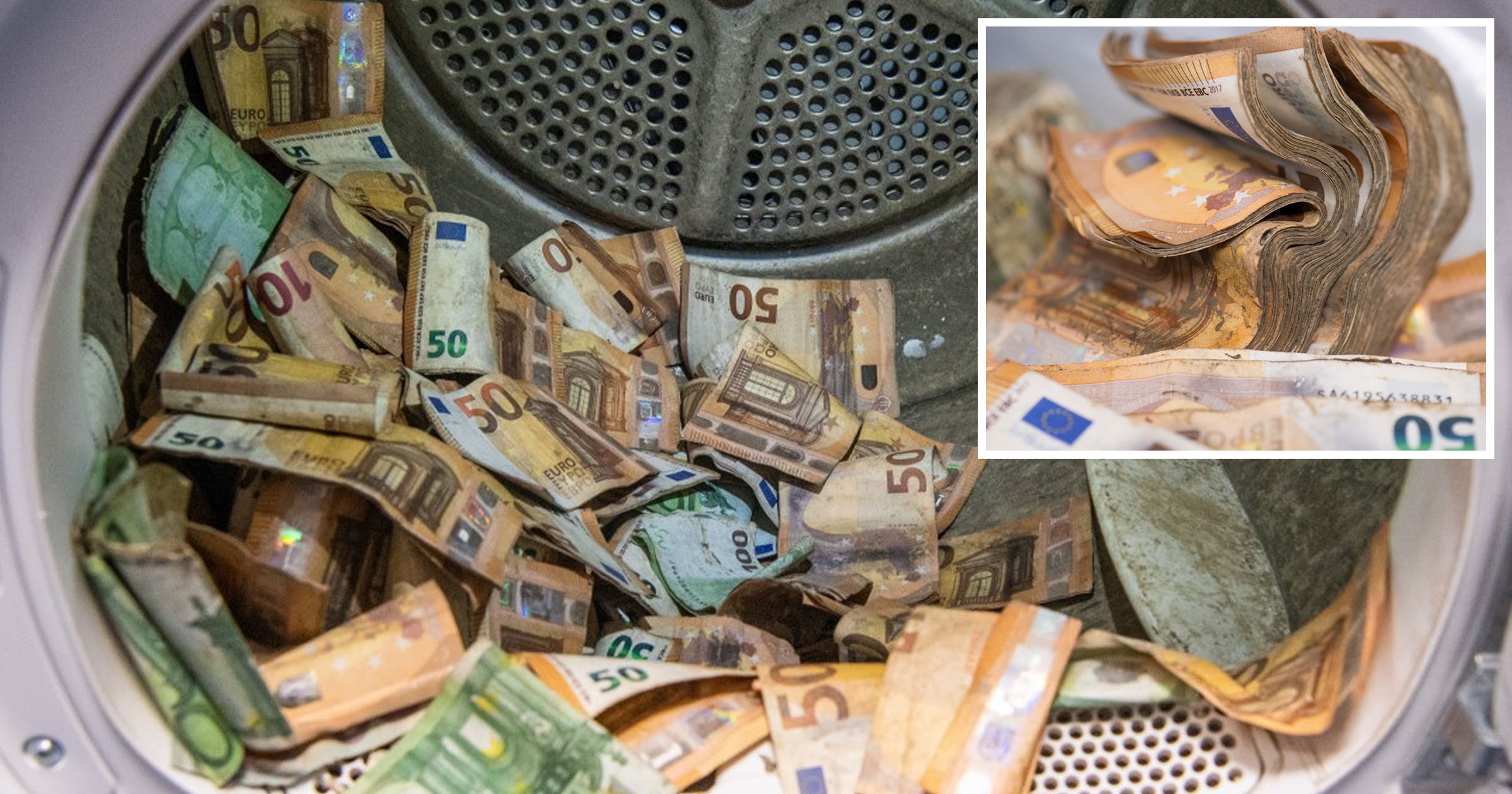 Victims of Germany’s severe summer flooding hope to get back more than €50 million in damaged currency.

Flash floods in western regions claimed at least 183 lives and reduced thousands of homes to rubble in July.

Bundesbank officials are now working on a huge money laundering operation to clean and count notes that became soiled with mud, sewerage and oil.

The German central bank’s executive member Johannes Beermann said: ‘Processing the notes has to be done as quickly as possible before they solidify and become as hard as concrete.’

Submitted notes are washed, dried and examined to ensure they are genuine.

At least half of the banknote plus a bit more must be present for it to be replaced free of charge.

The money sent in to Bundesbank from the floods has already exceeded the €40 million it gets in a normal year.

Yet the lost cash pales in comparison to the €30 billion set aside by the government to compensate victims.

Ahrweiler county and neighbouring North Rhine-Westphalia, Germany’s most populous state, were among the hardest hit, with state president Armin Laschet calling the episode a ‘catastrophe of historic dimensions’.

The Ahr river in the the town of Bad Neuenahr-Ahrweiler rose as high as seven metres in its first serious flood for a century.

Some residents died in their cars as they tried to flee.

Many businesses and homes were destroyed, and phone and internet connections were affected.

Dozens of people became trapped on their roofs awaiting rescue, and more were reported missing as entire villages were cut off by floodwater and landslides which made roads impassable.

The governor of worst-hit Rhineland-Palatinate state, Malu Dreyer, said: ‘We have never seen such a disaster. It’s really devastating.’

Severe flooding also rocked Belgium, where prime minister Alexander De Croo called it ‘the most catastrophic our country has ever seen’.