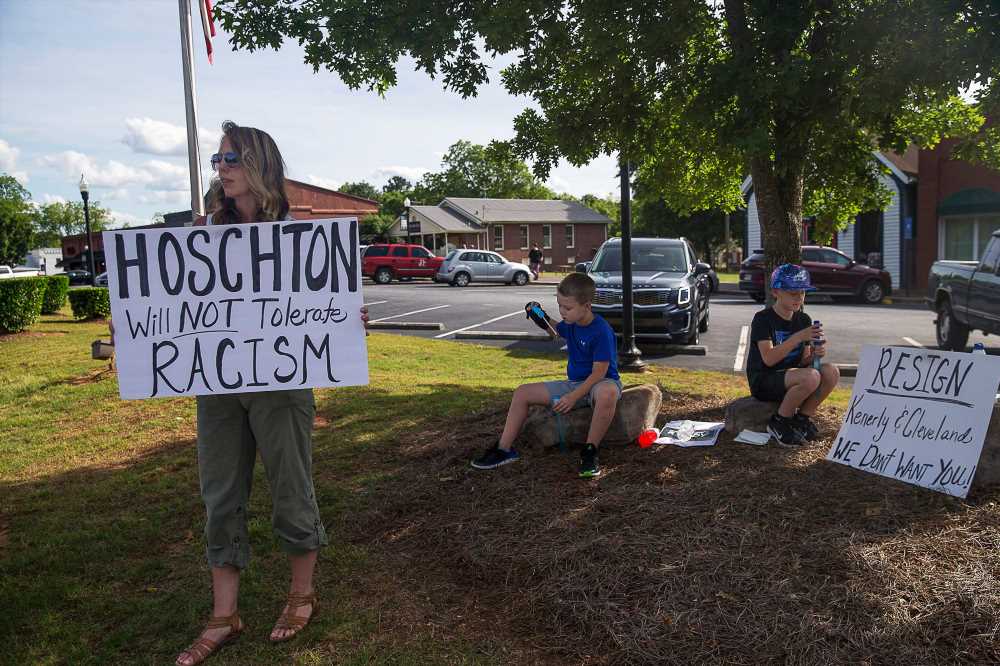 The mayor of a predominantly white city in Georgia is facing calls to resign after she allegedly said residents weren’t “ready” to have a black city administrator, a report said.

Mayor Theresa Kenerly allegedly made the comment to a member of Hoschton’s city council during a closed-door session on March 4 and later repeated them to Councilwoman Hope Weeks after the meeting, according to a city document obtained by the Atlanta Journal-Constitution via an open records request.

“She proceeded to tell me that the candidate was real good, but he was black and we don’t have a big black population and she just didn’t think Hoschton was ready for that,” Weeks wrote.

Kenerly, who did not return a message seeking comment Tuesday, initially refused to answer questions about the comments, saying she could not recall whether she said it or not.

The mayor later issued a statement saying she didn’t remember making the comments attributed to her and denied making “any statement that suggest [sic] prejudice,” Kenerly told the newspaper.

The candidate, Keith Henry, said he didn’t notice any indication of bias on behalf of Kenerly during his phone interview with her. But Henry said he wouldn’t be surprised if she was prejudiced.

“It comes with the territory,” Henry told the newspaper. “If you live in America as a minority, you can’t be naïve that it is the reality that you face.”

Henry, who lives outside of Houston, took himself out of consideration for the job after the March 4 meeting and an interview with councilmembers. He withdrew himself partly because city officials wanted him to pay his own way to visit Hoschton for an interview, only to be reimbursed later, Henry said.

Two of the three other candidates who were considered for the job were local candidates, while a third drove himself from the Georgia coast at his own expense, the Journal-Constitution reports.

Councilwoman Susan Powers also called on Councilman Jim Cleveland to resign during a heated city council meeting Monday that drew about 75 people, the newspaper reported. Cleveland defended Kenerly, saying she made a “very sincere apology” during another executive session on March 12.

“I understood where she was coming from,” Cleveland said of Kenerly’s remarks.”I understand Theresa saying that, simply because we’re not Atlanta. Things are different here than they are 50 miles down the road.”

Cleveland continued: “I don’t know how they would take it if we selected a black administrator. She might have been right.”

Powers said during Monday’s meeting that Kenerly and Cleveland “have no business” continuing to lead the city. Kenerly, for her part, did not address the controversy and avoided reporters afterward.

Hoschton, located 50 miles northeast of Atlanta, is 87 percent white and just 68 of its 1,646 residents identified themselves as black, 2017 Census data shows.