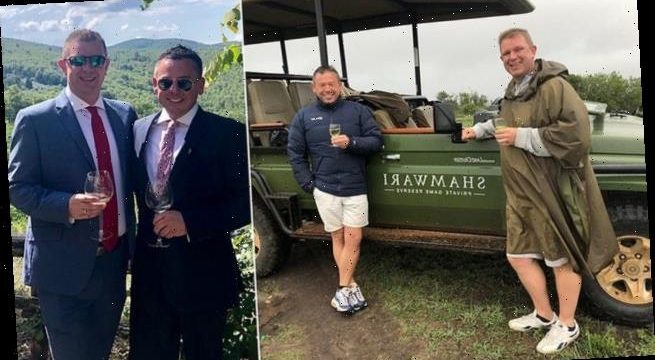 Gay aerospace executive, 41, wins £175,000 payout after his boss joked about him wearing tight shorts and asked what type of men he likes

A gay aerospace executive won a £175,000 payout after his boss joked about him wearing tight shorts and asked what type of men he liked.

Peter Allen, 41, kept his sexuality secret at work and even had a female friend agree to pretend to be his wife, but after he came out workmates subjected him to limp-wristed hand gestures and told him he was ‘camp’.

His manager, Carl Wheeler, also emailed him a photo of two stereotypical gay men with the mocking comment: ‘I hope your shorts aren’t as tight as that’. 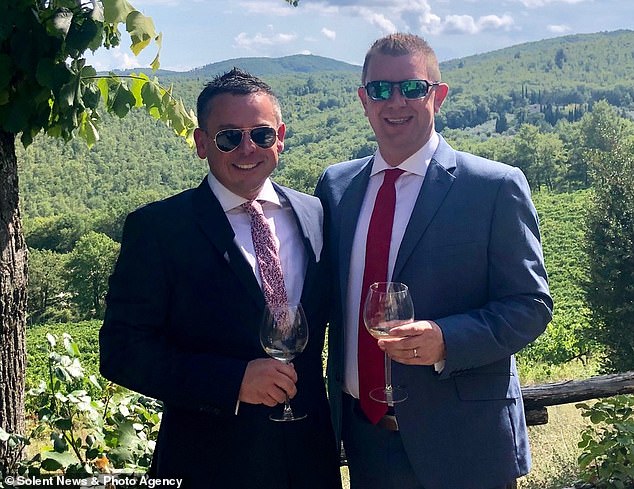 Peter Allen, 41, (seen on the left with his husband, Michael Dewhurst) was subjected by taunts about his sexuality at work

Mr Allen was subsequently denied a promotion after telling his boss he wanted to take leave because he and his husband were planning to adopt a child.

Now an employment tribunal has found he was the victim of harassment, sex discrimination and victimisation and awarded him £175,000 in compensation.

At a hearing in Manchester, Mr Allen told how he had been Quality Director at Paradigm Precision, a US-owned aerospace parts manufacturer based in Burnley, since 2012.

The tribunal heard that while he confided in some of his co-workers he did not tell the majority of his colleagues – including General Manager Carl Wheeler – he was gay.

‘In fact, he took steps to hide it,’ the panel’s judgment found. ‘He told colleagues that he was married to a woman called Karen.

‘He had a good female friend outside of work who was willing to play the role of Karen if required, and this pretence was convincing enough that some colleagues even addressed Christmas cards to the claimant and Karen.’

In early 2018 Mr Allen was told by Mr Wheeler – who was due to retire the following year – that he had been earmarked to succeed him.

Following this news, Mr Allen decided to inform his boss that he was gay and that he was intending to take adoption leave at some point because he and his husband had decided to adopt.

Mr Wheeler responded by saying he was ‘quite camp’ and so ‘everyone knows’ about his sexual orientation, the tribunal heard.

After the conversation, Mr Allen, of Tockholes, Lancashire, said colleagues at work started to treat him differently.

Soon after Mr Wheeler sent him an email, the tribunal heard.

‘The email had a picture attached of has been described as two stereotypical gay men,’ the judgement found. ‘One of the men in the picture is wearing tight shorts and (Mr Wheeler) added a comment: ‘I hope your shorts are not as tight as this.’ ‘

Mr Allen light-heartedly replied to his boss: ‘Where did you find my holiday snaps?’ but complained to the tribunal that actually he found the message “unsolicited, unwanted and… sent with the intention of embarrassing me because of my sexual orientation”.’ 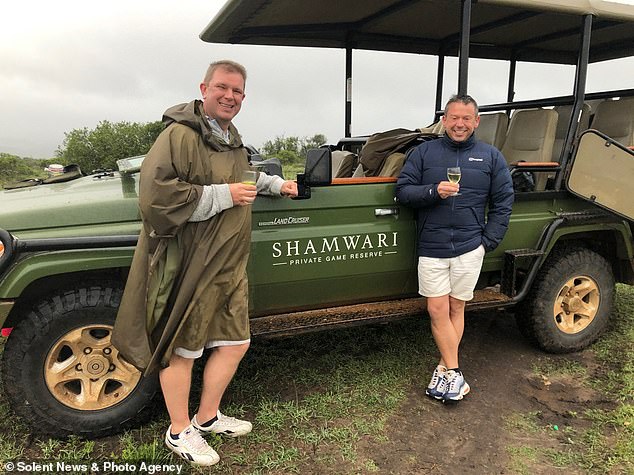 The tribunal concluded Mr Wheeler’s email was an ‘ill-judged attempt at humour’.

At a subsequent work event Mr Allen said he was the target of several jokes including Mr Wheeler asking him in front of colleagues what ‘type’ of man he preferred as a partner.

Mr Allen told the hearing: ‘I felt forced in to outing myself to colleagues because of Carl’s inappropriate remarks.’

The tribunal heard there were no other openly gay male employees working at Paradigm.

‘We find that the claimant’s sexual orientation was to an extent a novelty amongst some employees there and unwelcome comments/questions were made/asked,’ the panel said.

In June 2018 Mr Allen found out that he was not going to be considered to succeed Mr Wheeler and came to believe that their relationship had broken down.

He launched an unsuccessful grievance against his employers claiming he had been discriminated against and then resigned in November 2018.

‘I am devastated and it feels as though my heart has been ripped out of my chest,’ he wrote in his resignation letter.

‘Never did I think that in 2018 a company whom I gave over six years dedicated service of exceptional performance, could and would condone the despicable treatment of me purely due to my sexual orientation and my want to be a father and build a family.’

The tribunal concluded that Paradigm had decided not to appoint Mr Allen as General Manager because he had told them he intended to take adoption leave.

It found that Mr Allen – who now works as a self-employed consultant – had been harassed, victimised and discriminated against because he was gay. It found that he had been constructively dismissed and had been subject to detrimental treatment.