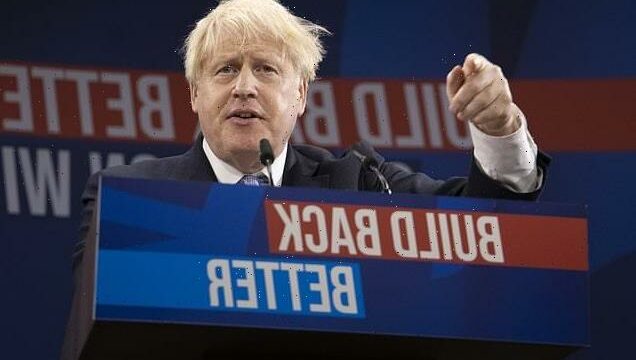 Is Boris plotting a major Tory conference speech? Friend claims outgoing PM will have party members ‘queuing round the block’ for Birmingham address if ‘things looking dicey’ for Truss

Boris Johnson is claimed to be planning a ‘big speech’ at the Tory conference in October in a move that could overshadow his successor’s first few weeks in office.

The outgoing Prime Minister will reportedly choose not to give the party’s gathering in Birmingham a miss – despite it being usual for recently ousted leaders to stay away – and will instead make his presence keenly felt.

Tory members are set to attend the party’s annual conference during the first week of October, which will come a month since either Liz Truss – the leadership favourite – or Rishi Sunak have moved into Number 10.

Prior to becoming PM, Mr Johnson often stole the show at Tory conferences under the party’s past leaders, David Cameron and Theresa May.

In what were dubbed his ‘king over the water’ appearances, Mr Johnson was known for attending the party’s gathering for a single day – causing a media frenzy and whipping up excitement among Tory members.

Ahead of this year’s Conservative conference, a friend of Mr Johnson told The Times: ‘There’s no way he’s not going to turn up, do the big speech, have them queuing round the block. Especially if things are already looking dicey for Truss.’ 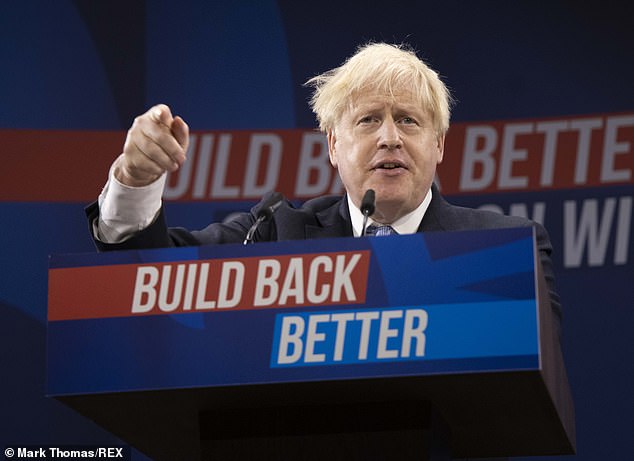 Boris Johnson, pictured speaking at the Conservative Party conference in Manchester last year, is claimed to be planning a ‘big speech’ this year despite being ousted as leader 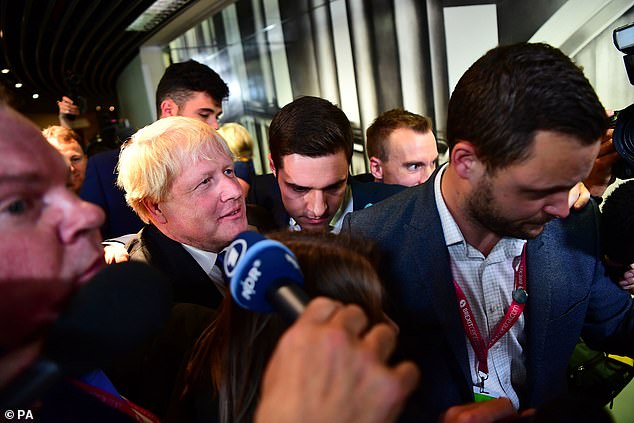 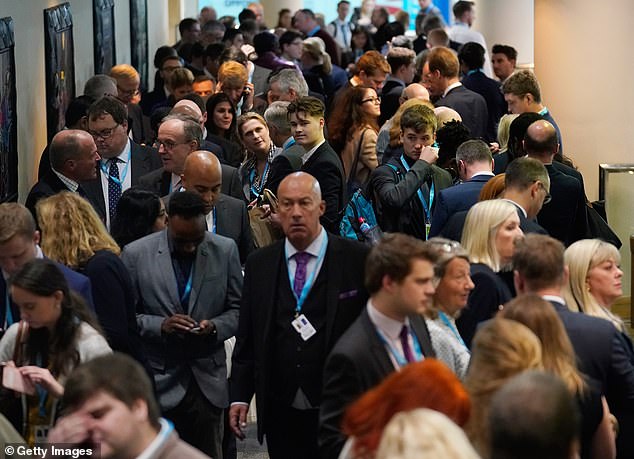 Mr Johnson’s past conference speeches, when the Tories were led by Mr Cameron and Mrs May, frequently distracted from the main agenda of the party’s leadership.

Often delivered at ‘fringe’ events, Mr Johnson’s interventions were seen as an embarassment that had to be endured by the party leader at the time – especially when their own keynote addresses failed to generate as much excitement.

Most notably in 2018, shortly after he resigned as Foreign Secretary in protest at Mrs May’s Brexit deal, Tory members queued for hours ahead of Mr Johnson’s feverishly-anticipated speech.

His address quickly became known as an ‘alternative leader’s speech’ and was seen to have set out a competing manifesto for the Tories, less than a year before Mrs May’s eventual downfall as PM.

It has recently been reported that members of Ms Truss’s team are already working on the speech she would make to the nation from outside No10, if she becomes PM.

If she’s elected the new Tory leader on 5th September, her conference speech exactly a month later will offer another huge opportunity to try and get her premiership off to a successful start.

As well as dealing with the cost-of-living crisis, war in Ukraine, and pressures on the NHS, the new PM and incoming Tory leader will also have to try and reunite their party after a bruising leadership contest and the rebellion that led to Mr Johnson’s ousting.