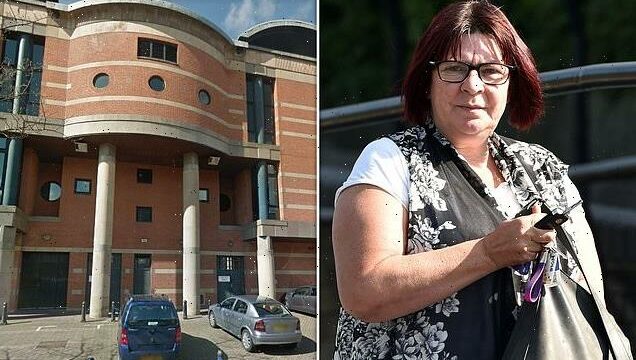 Foster mother, 50, who groomed a teenager with beer and cigarettes into having ‘sexual relationship’ and joined him and other children in hot tub in her ‘party house’ is jailed for nearly three years for historic indecent assaults

A former foster carer has been jailed for nearly three years for the indecent assault of a teenage boy in the 1990s.

Samantha Hesler, who is now 50, had groomed the teenager with alcohol, cigarettes and PlayStation games during a three-year relationship more than two decades ago.

Hesler, from Great Broughton, North Yorkshire, had invited teenage children to her home, supposedly so they could become friends with each foster child she was looking after.

But a trial at Teesside Crown Court in October heard that she plied the children with Budweiser and cigarettes, and her home was like ‘a party house’, with bikini-clad Hesler, at the time in her mid-20s, joining the children in her hot tub.

The mother of the victim – who was 13 or 14 at the time – became concerned that he was spending too much time visiting Hesler and told him to stop seeing her.

Witnesses in the trial told the court that the victim was constantly at Hesler’s home and on one camping trip, Hesler ‘disappeared for hours’, and was later found coming out of a tent with the teenager.

One witness said he walked into Hesler’s bedroom and saw the boy under her duvet.

The victim reported the sexual abuse to the police years later after a conversation with his wife who said she was thinking of becoming a social worker.

Hesler, of The Dorkings in Great Broughton, denied but was convicted of two counts of indecent assault by touching the boy’s private parts over his clothing and putting a condom on him. 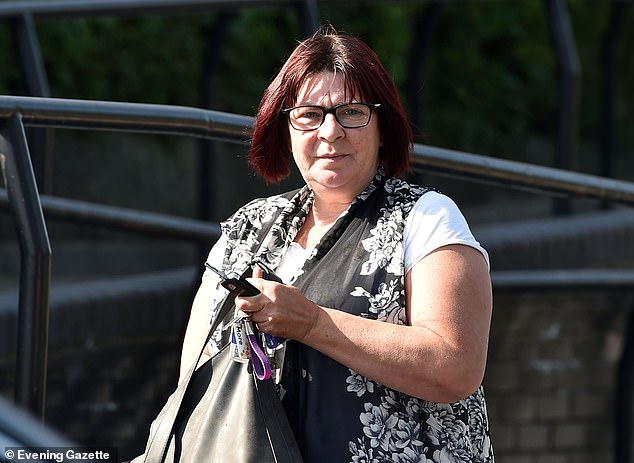 Samantha Hesler, who is now 50, had groomed the teenager with alcohol, cigarettes and PlayStation games during a three-year relationship more than two decades ago

She was jailed for two and a half years and placed her on the sex offenders’ register indefinitely.

The court heard she had no other convictions and was held in high regard from those who had written character references for her.

She also provided support to her elderly parents who had health problems, the court heard.

The Recorder of Middlesbrough, Judge Paul Watson said there was an element of grooming and the use of alcohol to facilitate the offending.

He also noted the ‘significant disparity in age’ between Hesler and her victim.

He added that she was ‘unlikely to offend again’ and noted her lack of any other convictions.

In a statement, the victim told of the devastating impact the abuse had caused, leaving him with post-traumatic stress disorder and depression.

‘I was a child when the abuse first started. My innocence was taken away from me,’ he said.

He said his feelings turned from embarrassment to anger and disgust and he became depressed. He also suffers flashbacks and nightmares and is afraid to go to sleep.

‘I stay at home most of the time with my wife and children,’ he said.

‘I no longer have a social life and I don’t work. I gave up my business because I was afraid people from my past may have judged me.

‘I don’t like to go out and I even distance myself from parents and siblings, only seeing them on special occasions.

‘I don’t take my children on local outings due to the chance of bumping into people from my past.

‘I’ve even thought about moving but it’s not fair on my family.’

The victim suffers with PTSD and depression, he said, and has been undergoing counselling for the past two years.

He added: ‘I know what happened will never go away but I do hope with all the help and support around me, I will get through it.’