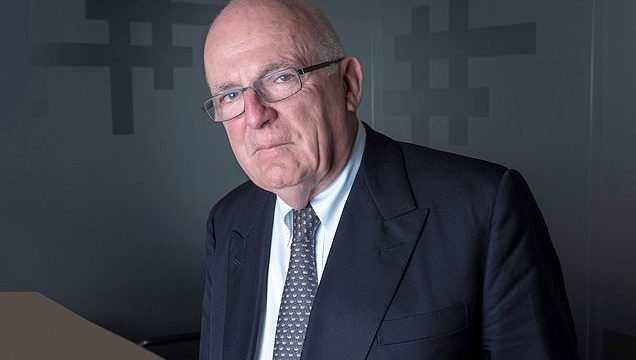 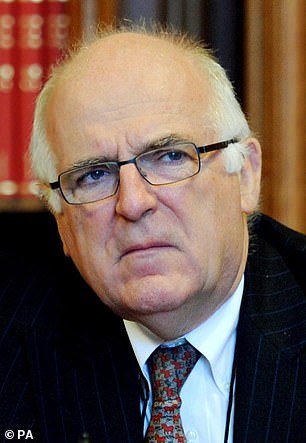 He is the latest in a number of senior figures voicing concerns after it was reported last month that Theresa May is ready to give the green light to the firm supplying ‘non-core’ elements of the system.

The row also led to the dismissal of Gavin Williamson as Defence Secretary after he was blamed for the information leaking to the public from a National Security Council meeting.

In a foreword to a new report by the Henry Jackson Society (HJS) think tank, Sir Richard said the involvement of Huawei had to be viewed as a ‘potential security risk’ to the UK.

He said: ‘The fact that the British Government now appears to have decided to place the development of some its most sensitive critical infrastructure in the hands of a company from the People’s Republic of China (PRC) is deeply worrying.

‘The PRC uses its sophisticated technical capabilities not only to control its own population (to an extreme and growing degree), but it also conducts remotely aggressive intelligence gathering operations on a global scale.

‘No part of the communist Chinese state is ultimately able to operate free of the control exercised by its Communist Party leadership.

‘To place the PRC in a potentially advantageous exploitative position in the UK’s future telecommunications systems therefore is a risk, however remote it may seem at the moment, we simply do not need to take.’

The Government has insisted no final decision has been taken on Huawei’s involvement in the UK network, although the issue remains highly sensitive in Whitehall. 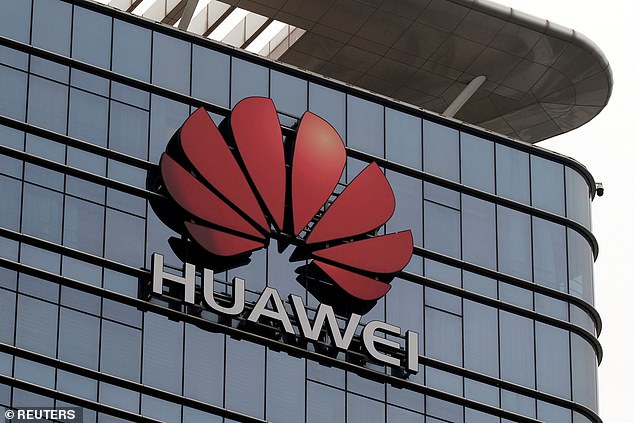 Sir Richard said the Government – which has been seeking to build economic links with China – should not be influenced by fears of economic reprisals by Beijing if Huawei is excluded.

‘If Australia can blackball Huawei as its 5G provider, the UK can certainly do the same without undue concern about the consequences,’ he said.

In its report, co-authored by Conservative MP Bob Seely, the HJS said that while Huawei claims to be a private company, in China it acts like – and is treated like – a state-owned enterprise.

It said the company’s organisational structure is ‘opaque’ and it is subject to China’s National Intelligence Law, which means it could be required to assist China’s intelligence agencies in their operations and research and development.

It also questioned claims the risks to UK security could be ‘mitigated’ by excluding it from the ‘core’ elements of the network and restricting it to ‘dumb’ components like antennas.

The report said: ‘Our technical advisers have indicated that antennas can be modified at both the hardware and software level.

‘Indeed, as 5G means moving more and more to software-networking, the ability of a manufacturer to re-purpose an antenna without detection will increase.’

Huawei dismissed the report as ‘long on politically-motivated insinuation but short on fact’, saying there had been no significant cyber security issues with its equipment in 32 years. 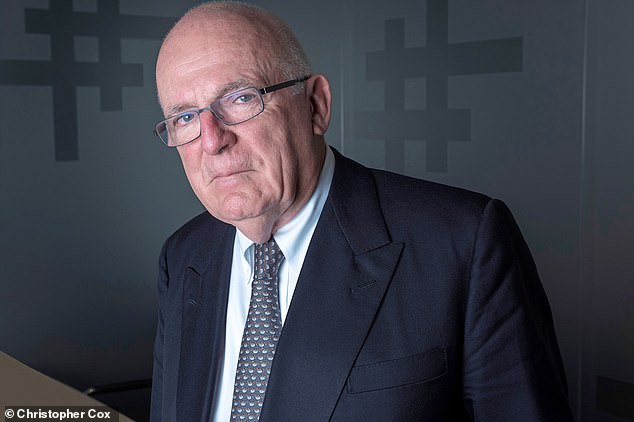 Sir Richard, pictured, should not fear economic reprisals from Beijing if Huawei is excluded

A spokesman added: ‘We are an independent, employee-owned company which does not take instructions from the Chinese government.

‘We hope and expect that any decision on Huawei’s participation in Britain’s build-out of 5G networks will be based on solid evidence, rather than on unfounded speculation and groundless accusations.’

Although it does not name Huawei, it is widely considered to be aimed at the firm following repeated warnings by US officials that it could be used by the Chinese state to spy on or sabotage foreign networks.

A UK Government spokesman said individual countries are taking ‘a range of different approaches’ to the issue of 5G security.

He added: ‘There are no universal solutions.

‘Whatever final decision the UK Government takes about 5G network infrastructure, the UK is not considering any options that would put our national security communications at risk, within the UK and with our closest allies.’