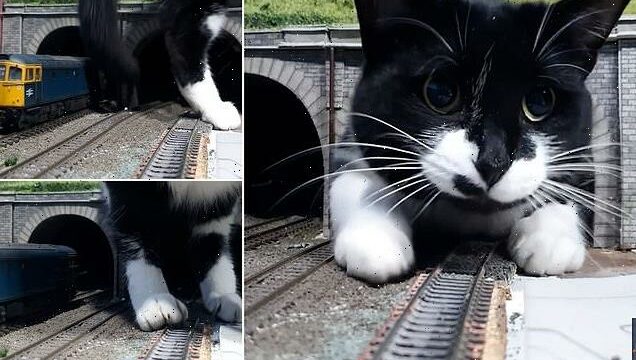 This is the surreal moment a giant cat appears to emerge from a railway tunnel.

Train driver and railway model enthusiast Jon Lawton shared the hilarious footage of his black and white cat Mittens exploring his model railway on his Twitter account last week and it has since gone viral.

Mittens, who has more than 1,000 followers of her own on Twitter, can be seen crawling out of the tunnel as a model train enters the tunnel on the neighbouring tracks. 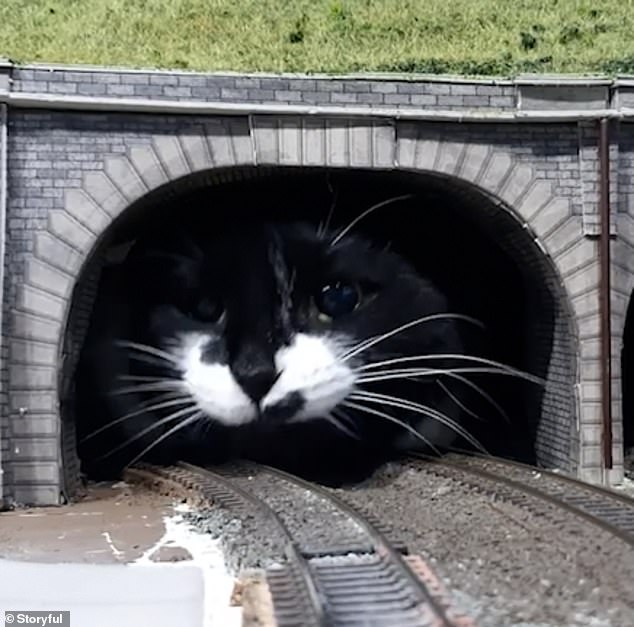 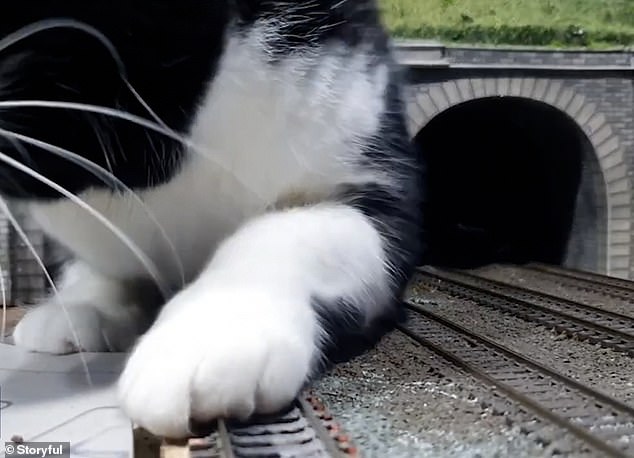 Sharing the video, Mr Lawton, from south Yorkshire, wrote: ‘So. 2-6-3 Bell code sent. Or possible trespassers. 33201 gets sent to investigate the mysterious goings on at Ravens tunnel.’ 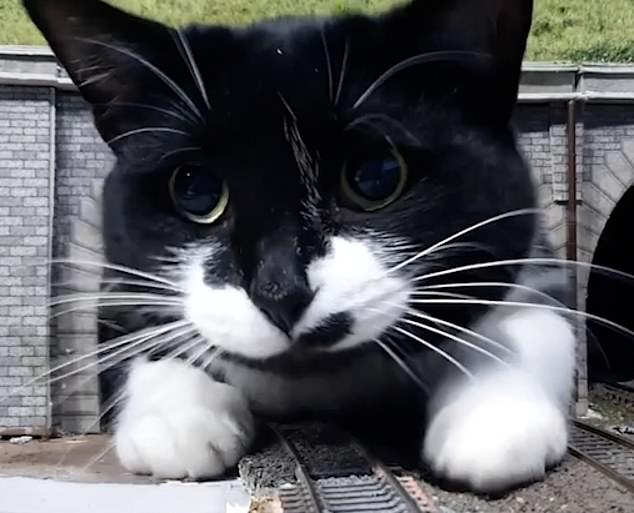 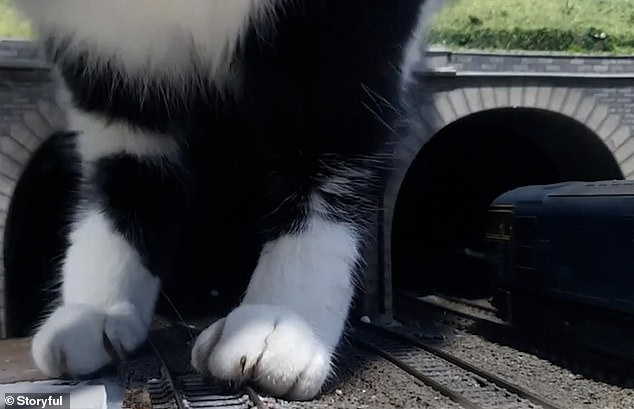 Another comment from Liesbeth Corens added: ‘The single one reason-for-delay announcement that I’d be perfectly happy with.’

‘You should patent that and sell it as an idea to London Underground. Clean the tunnels and get rid of vermin all in one,’ Neil Croft wrote.

This isn’t the first time Mittens has taken the internet by storm. A video of her towering over and meandering through passing trains on a model set also went viral this September.