A $34 million land rights deal between the Andrews government and a First Nations group is in limbo after the National Native Title Tribunal refused to register a key component of it.

The Native Title Registrar this month informed the Taungurung Land and Waters Council it had not registered an Indigenous land use agreement struck as part of the 2018 deal, covering 20,000 square kilometres of north-eastern Victoria.

The decision came after the Federal Court found the Victorian government denied natural justice to other Aboriginal groups that may have native title rights over the land.

The decision reopens a bitter territorial dispute between the Taungurung people and clans that identify as Ngurai Illum Wurrung, Waywurru and Dhudhuroa, and has the potential to affect the state’s treaty negotiations.

Holding Redlich lawyer David Shaw – an administrative law expert who represented elders from the three Aboriginal groups against the Taungurung in Federal Court and Supreme Court litigation – said the decision should prompt the Victorian government to remake its 2018 agreement.

Ngurai Illum Wurrung elder Vincent Peters said all his people’s traditional lands were within the boundaries of the recognition and settlement agreement reached between the Taungurung and Victorian government. 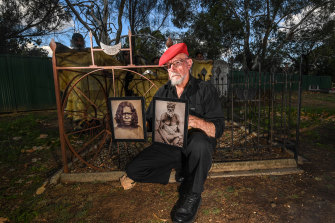 “We actually don’t exist in the system they have proposed,” Mr Peters told The Age. “We’ve been genocided from the map.”

“The Taungurung people are confident in the knowledge of our elders and leaders in this decade-long struggle for rightful recognition of our country,” he said.

“We are currently looking into our legal options and will make decisions on next steps in the coming weeks.”

A Victorian government spokesperson said the decision would not affect the treaty process.

“We will closely examine the reasons for the National Native Title Tribunal’s decision, regarding the registration of the Taungurung Indigenous land use agreement, before identifying the most appropriate next steps,” the spokesperson said.

The Taungurung agreement, including $33.7 million in government funds to manage and preserve the group’s traditional lands and cultural heritage, has been in effect since August last year and remains in place.

The agreement was reached under the Traditional Owner Settlement Act, a legal framework established by the Brumby government to formally recognise traditional owners and codify land rights outside the federal government’s native title scheme.

The Traditional Owner Settlement Act framework was a response to the failed Yorta Yorta native title claim in Victoria’s north-east, which demonstrated the difficulty Aboriginal groups in Victoria face satisfying a key requirement of the Native Title Act – continual connection to traditional lands – due to dispossession and displacement since white settlement.

The government agreement with the Taungurung includes Aboriginal title grants allowing the Taungurung Land and Waters Council to manage land in parks and reserves and exercise commercial rights over natural resources in the claimed area. In exchange, the Taungurung agreed to forgo future native title or compensation claims on the settlement area.

The Taungurung agreement was initially registered by the National Native Title Tribunal in April 2020. Following a legal challenge by elders from the Ngurai Illum Wurrung, Waywurru and Dhudhuroa, the Federal Court found the registration was unlawful and this March ordered it to be set aside. 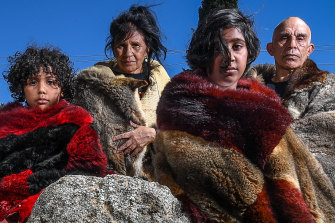 Ngurai Illum Wurrung and Waywurru elder Liz Thorpe – pictured with Thorn Smith and Thorn’s children Shaniece and Jalina – was part of a Federal Court challenge to the Taungurung agreement.Credit:Justin McManus

A fresh application by the Taungurung to register to the Indigenous land use agreement was rejected on August 18 by the Native Title Registrar.

Federal Court judge Justice Melinda Richards, while making no finding about the disputed lands, found the Victorian government through its First Nations Legal and Research Services failed to make “all reasonable efforts” to identify those who may have native title rights over the land claimed by the Taungurung and properly consider evidence presented by them.

In a settlement to separate Supreme Court proceedings, the state government agreed to fund further research into the traditional land and ancestors of the Ngurai Illum Wurrung and Waywurru peoples. 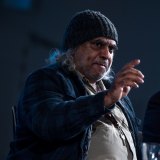 First Nations Legal and Research Services chief executive Tony Kelly said he would welcome any new, credible evidence that could help resolve the boundary disputes. “We did a lot of research and feel confident about it but are prepared to consider more,” he said.

State Attorney-General Jaclyn Symes acknowledged in the Supreme Court settlement that, depending on the findings of the further research, the government’s agreement with the Taungurung may need to be amended.

Dhudhuroa elder Gary Murray said more work needed to be done to establish the ancestral lineage of First Nations clans, to determine who should speak for what country in treaty negotiations. Ngurai Illum Wurrung elder Margaret Gardiner, the first named plaintiff in the Federal Court and Supreme Court cases, said the Taungurung had claimed land that was not theirs.

“This has been a long, hard road,” she said. “It was seemingly impossible for a little while because the state was pretty well ignoring our concerns.

“We warned them that things were going to collapse if they kept going.”