The Fed is weighing whether a large rate increase will be necessary at the central bank’s meeting next month, Powell said, adding that a reduction in the pace of rate increases will likely take hold “at some point.”

“Price stability is the responsibility of the Federal Reserve and serves as the bedrock of our economy,” Powell said. “Without prices stability, the economy doesn’t work for anyone.”

The Fed has instituted a series of borrowing cost increases in recent months as it tries to slash near-historic inflation by slowing the economy and choking off demand. But the approach risks tipping the U.S. into a recession.

Powell acknowledged that further rate increases will “bring some pain to households and business” but said persistent elevated inflation threatens even worse pain.

At meetings in each of the past two months, the central bank has increased its benchmark interest rate by 0.75% — dramatic hikes last matched in 1994.

The rate increases may have contributed to a slowdown in price hikes. While still elevated, price increases last month waned from the near-historic pace reached in June, according to data from the Bureau of Labor Statistics.

July’s consumer price index, or CPI, rose 8.5% over the past year, a marked slowdown from a 9.1% year-over-year rate measured in June, the bureau said.

Price hikes also slowed last month as measured by the Personal Consumption Expenditures price index, or PCE, a measure of inflation closely watched by the Fed, according to a release from the Commerce Department on Friday.

The PCE rose 6.3% in July from a year earlier after recording an increase of 6.8% year-over-year in June, the data release said.

Fed officials have signaled in recent days that the central bank intends to continue a series of rate hikes, aiming to bring inflation back down to its target of 2%. 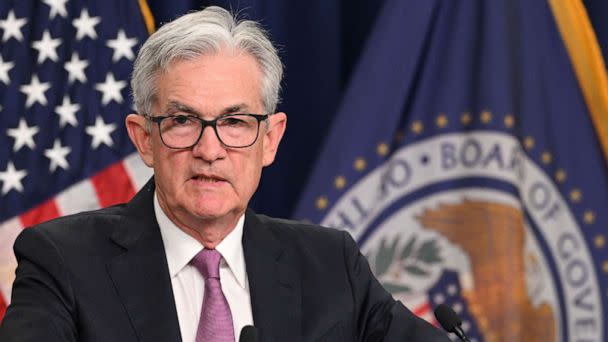 Last Thursday, San Francisco Federal Reserve President Mary Daly told CNN that a 50- or 75-point basis hike at the central bank’s meeting next month would be “reasonable” and that rate hikes would continue into at least 2023.

As it sets policy, the Fed faces mixed economic data.

Inflation remains near a 40-year high and GDP has slowed, raising the specter of stagflation, a damaging combination of high prices and anemic growth.

But observers can take solace in employment data, which persists at robust levels, as the economy added a blockbuster 528,000 jobs last month and the unemployment rate stands at 3.5%.

He said the Fed will do what it takes to bring inflation down to its 2% target.

“We must keep at it until the job is done,” he said.